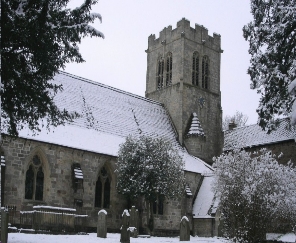 Today at 1400 is the Christening of Archie Robin Fearnley (son of you-know-who) ... 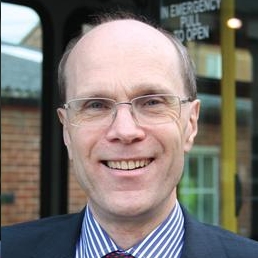 ... at St Mary's Church Goldsborough (near Harrogate). fbb and Mrs wish the little lad the very best of futures; and may he come to know his Lord Jesus as a personal Saviour in due course. fbb and Mrs fbb will attend to support the families and to pray for them and Archie. He's grown a bit since this was taken ... 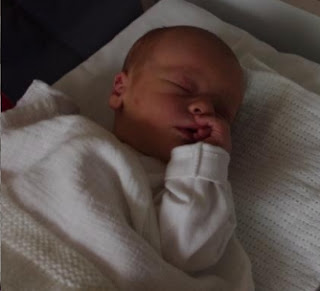 Bus Station Improvement : by removing it!! 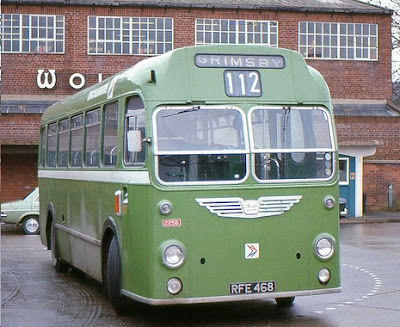 Brighowgate bus station in Grimsby was a typical Tilling Bus Company edifice of declining quality. With the amalgamation of Lincolnshire Road Car and Grimsby & Cleethorpes bus undertakings, its days were always numbered. A new facility was opened at the Freshney Place shopping "facility" at the "Riverhead" end of town.

The centre's web site focusses on car parking with barely a mention of buses.

But the bus station is right next to one of the entrances. 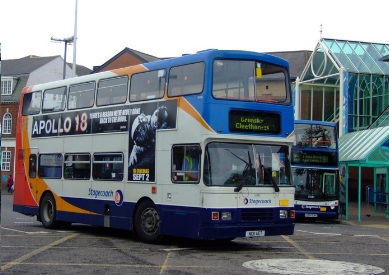 It has several chevron stands with shelters and a couple of extra stopping places alongside. 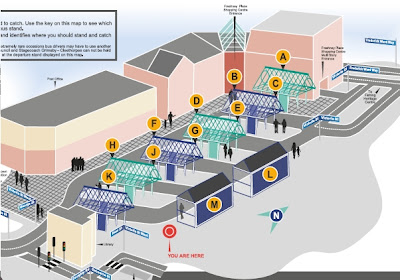 But all this is set to change as was revealed recently in the local paper:- 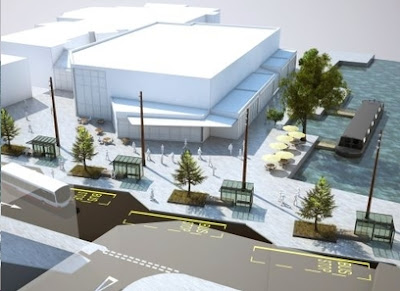 This is the future vision of Grimsby bus station – revealed as part of a new £6 million scheme to improve public transport. Councillors yesterday approved the first two phases of long-awaited projects on Riverhead Square and Station Approach, which it is hoped will attract extra investment and jobs to the town centre. The work will see the relocation of the existing bus station on Riverhead Square to accommodate a possible extension of Freshney Place shopping centre. The Station Approach project will include a cycle sales and hire facility and aims to improve links to the bus terminus, providing an attractive gateway to the town centre.

Hang on a sec. Doesn't that picture look very much like bus shelters at the side of the road? And the reason for this "investment"? To extend the private car promoting shopping centre? Read on MacDuff.

We need a map! 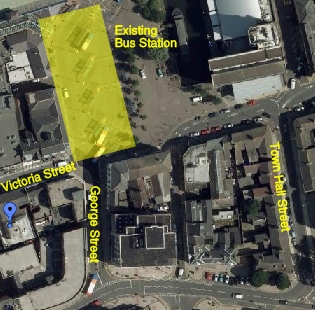 So that makes everything nice a clear. The Great and Good of Great Grimsby are spending 6.5 million pounds to remove an excellent bus station and replace it with street shelters spread more widely around the area. What a jolly good idea!

Never mind, the new shopping development will incorporate a waiting room with electronic displays (if they work?). What a jolly good idea! So the intending passenger will be able to wait out of sight of their bus stop and, approaching the due time, will sprint across road junctions and round street corners, perhaps just in time to see their bus disappear into the Humberside murk.

It sounds a really good plan. And fbb (although not a betting person) would wager a tub of pringles that there will be less stands on the streets than in the present bus station; thus creating just that little bit of extra chaos and uncertainty.

Perhaps Grimsby Councillors have been talking to their colleagues in Northampton. Or have they been reading "Bus Station Design for Dummies"? 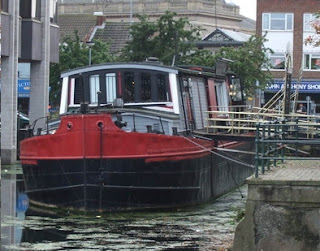 a barge. It is a smart and sophistocated "nite spot" popular with all gourmet diners in the town ... 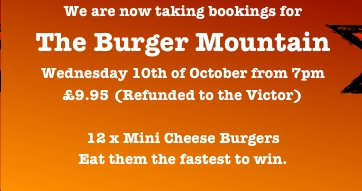 Its web site has pictures of nattily dressed diners enjoying the pleasures of Grimsby's "nouveau cuisine". 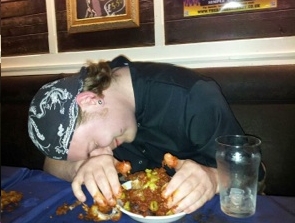 Bet you can't wait to book a table!

The fat bus bloke is greatly indebted to Blog reader John Carr who emailed infromation which led to this blog. Thanks John!


Next Bus Blog : Monday 19th November
Posted by fatbusbloke at 01:56