Competition for Scarborough and District 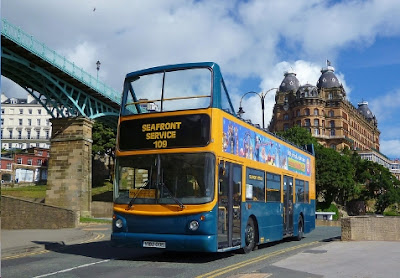 Shoreline Suncruisers started operating on Scarborough seafront in March 1991. It runs the seafront service 109 from the Corner Cafe in the peaceful North Bay to the Spa Complex at the end of the hustle and bustle of the sun filled South Bay. The bus travels around the scenic Marine Drive which links the two bays together. The open top buses run a regular service [do they mean "frequent"; once a year is "regular" - fbb] from the first weekend in March until the end of October. [and still running on 19th November - fbb] 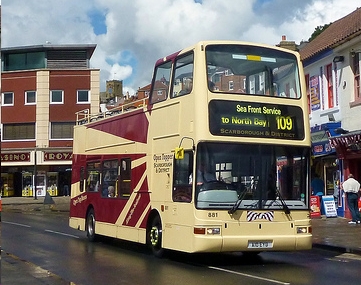 Shoreline's route is in direct competition with Scarborough and District although the latter runs for a shorter season. 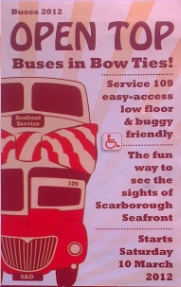 When fbb visited (19th November) there were few passengers for Shoreline; and not much view of the seafront either as roadworks had closed Marine Drive thus depriving the hardy open-top passenger of a chilly view across North Bay. Here is Shoreline skulking off inland and well away from its shore! 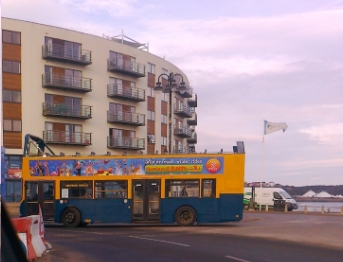 And bereft of passengers!

But from January this year, Shoreline has been "having a go" with an hourly conventional route to Filey. 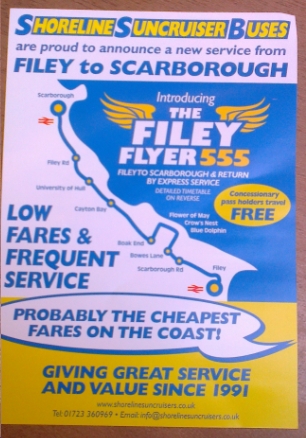 Publicity is bright and breezy although perhaps "frequent" for an hourly service might be a bit optimistic. The cheaper fares message has been recognised by locals as per an overheard conversation at the stop, but whether the savings are enough to persuade folk to wait in the North Sea chilliness is debatable. As well as its normal hourly route 121, East Yorkshire has started a directly competitive X20 ... 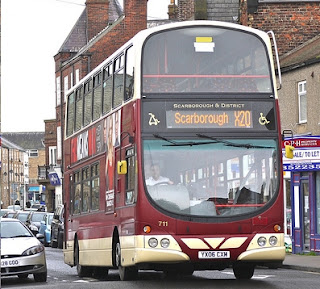 ... running ten minutes ahead of the "Filey Flyer 555". Whilst Shoreline's fares may be cheaper, there is no comparison in quality. Contrast the East Yorkshires vehicle above with that of the competitor. 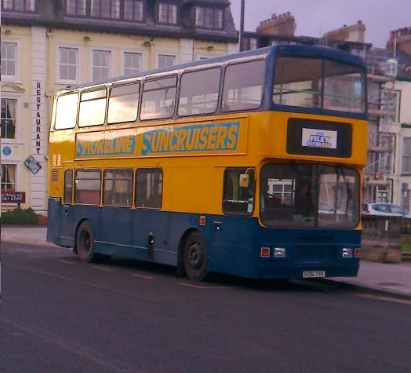 It is a step entrance (remember them) ... 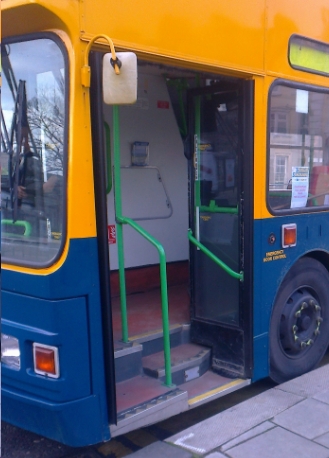 ... Volvo Olympian that began its life with London United in 1996. It looks very tired. Details here are from a London bus geek-site:- 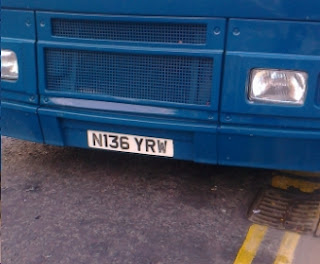 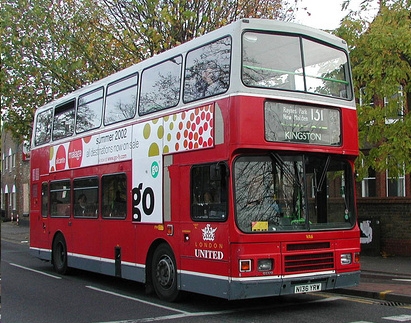 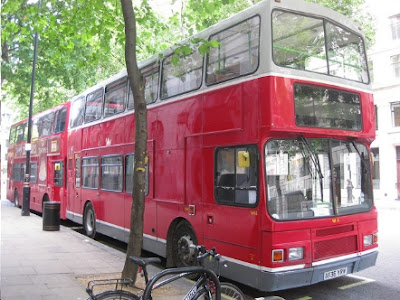 And so to Hunmanby for repainting and lettering for Shoreline ... 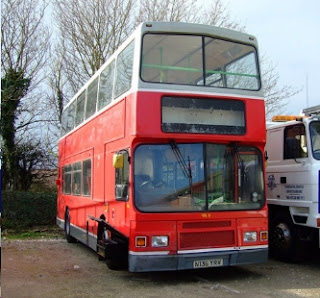 
It seems unlikely that this newcomer will survive the might of Peter Shipp's East Yorkshire. fbb observed the 1250 departure on a chilly Monday in November with two passengers. The current content from the 555 web site does not inspire confidence with three quarters of the timetable omitted! 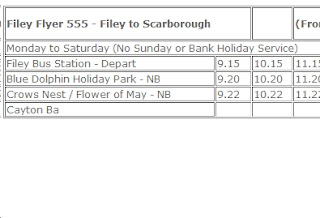 If you can only get from Filey to Cayton Ba (sheep farm?) with no way back, then doubtless most will opt for the more obviously reliable 121 or X20.

Anyway fbb then travelled to Filey, but by car with Mrs and friend Julia. Of which more in due course.


Next Bus Blog : Sunday 25th November
Posted by fatbusbloke at 02:00