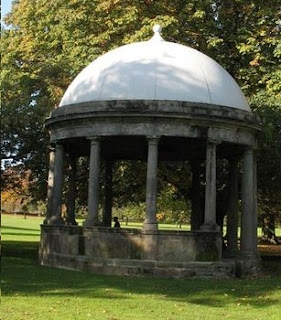 
The first Harrogate mineral spring was discovered in 1571 by William Slingsby, who found that water from the Tewit Well possessed similar properties to that from the springs of the Belgian town of Spa, which gave its name to spa towns. The medicinal properties of the waters were publicised by Edmund Deane, whose book, Spadacrene Anglica, or the English Spa Fountain was published in 1626. Harrogate developed a spa town following the enclosure of surrounding lands in 1770, when 200 acres (0.81 km2) were reserved as a public common, the Stray ... 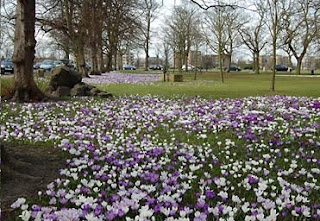 The nosh after Archie Fearnley's Christening [Sunday 18th November] was at the internationally famous Betty's (posh, expensive and utterly delicious!) so fbb did a "recce" before the service. Whilst Mrs fbb and friend Julia enjoyed a smidgen of sinful Sunday shopping, fbb was allowed to visit the bus station. 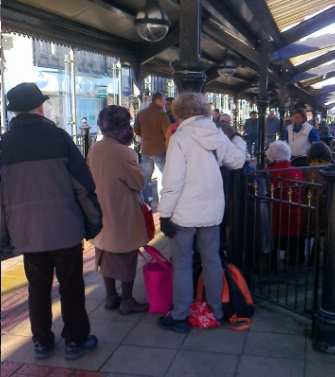 At 12 noon on a chilly November Sunday it was bustling and busy. Harrogate and District are running every 15 minutes to Knaresborough (svc 1 etc) then variously to the estates, every 30 minutes to Jennyfield (3), every 30 to Dene Park (2A), every hour to Bilton (2) and every hour to Pannal Ash. And that's just the town routes. Service 1 has its own brand whilst the others are marketed as "Harrogate Connect". 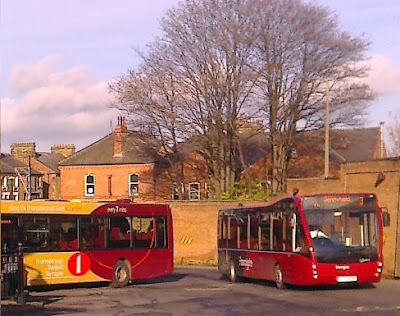 The 36 southbound to Harewood and Leeds and northbound to Ripon is every 30, the 770 to Wetherby and Leeds is every hour and thee are four journeys to Pateley Bridge. Pretty impressive by today's paltry Sunday standards. 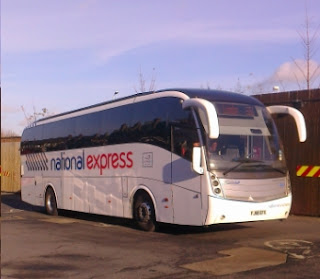 ... the other Sunday route is the 737 via the airport to Bradford. 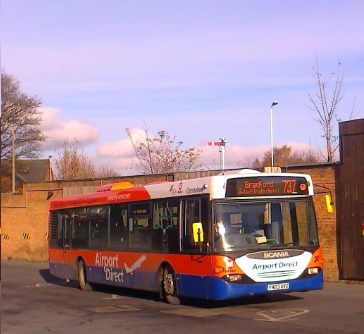 This and the two other airport rotes (747 direct from Airport to Bradford and 757 to Leeds) are operated by Centrebus now with a strong foothold on West Yorkshire. 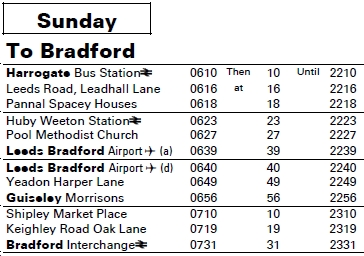 5 passengers alighted and 5 boarded, none of them dressed or burdened by luggage for a flight! Perhaps that's why Harrogate and District withdrew from commercial operation of the route they started but recently with Dales and District on tender as route 767. The 737 also replaces the former service 653 from Bradford to Harrogate extended in the past to Knaresbrough on Sundays. 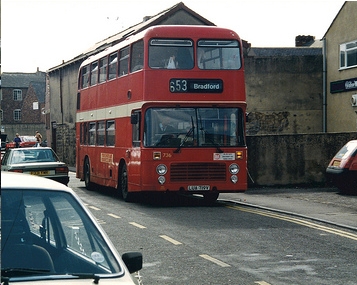 So far so good.

The next question to be asked by your fearless investigator is, "What about information?" An initial glance across the road from the bus station stands is typically depressing ... 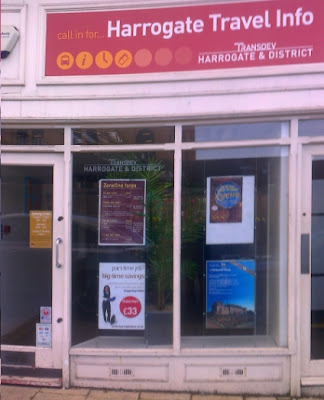 ... and that gold coloured notice on the door confirms those first impressions. 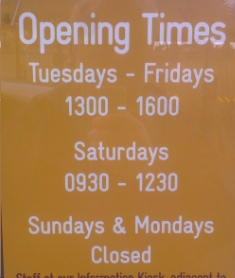 But, as Scarlett O'Hara might say, "tomorrow is another day" ...


... and things are much better than might be supposed.

P.S. fbb has not forgotten his day in Sheffield (Monday 12th November) and the associated excitement (?). More "Sheffield" will follow in due course.

Next Bus Blog : Thursday 22nd November
Posted by fatbusbloke at 02:00