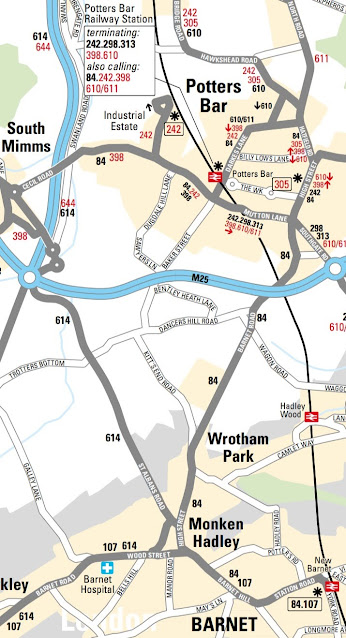 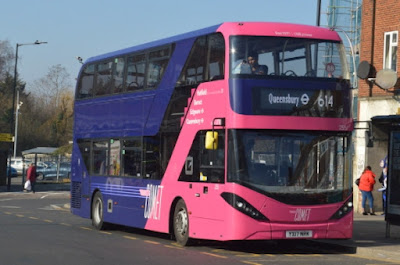 The 614 runs from Hatfield to Queensbury Jubilee Line Underground station every hour, with a few 644s thrown in. 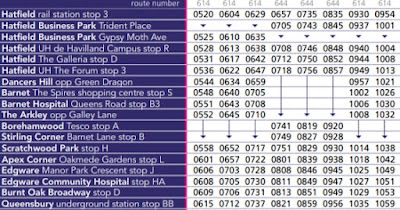 The half hourly 84 calls at Potters Par station ... 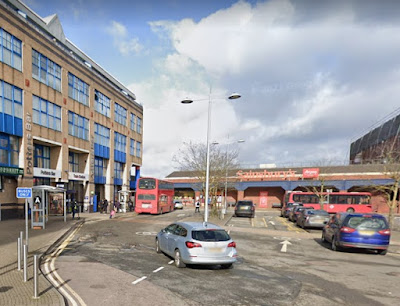 ... a k a Sainsburys, before looping round the northern side of the town centre to reach the traditional time point in a substantial lay-by on the High Street. 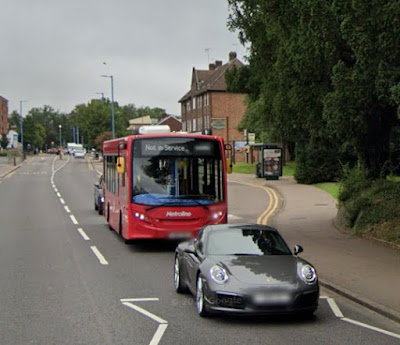 This is not quite "opp" Metroline's bus garage ... 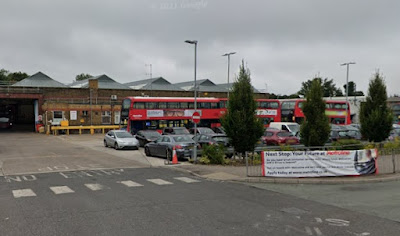 ... but ideal for staff changeovers! Was this why the 84 was diverted? Or was it yet another attempt to drum up a few more necessitous bums on seats?
South of Potters Bar we remain on the old A1 (now A1000) and there is a stretch of real open country (open and passenger-less!) ... 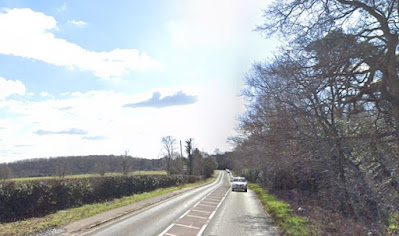 ... until we cross the border into London proper. 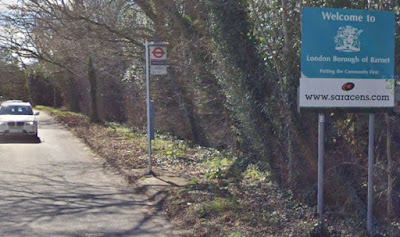 Potters Bar used to be in Middlesex, and, we might have expected it to become Greater London, but the powers that be decided to give it to Hertfordshire, thus ensuring that the 84 only dribbles into the GLC area right at the southern end of its trajectory.
Historically, Potters Bar was virtually non-existent, dwarfed in importance by our old friend South Mimms; it was Potters Bar in the parish of South Mimms! 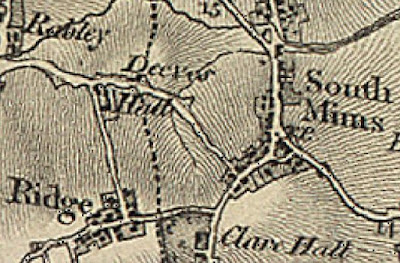 Whatever, the 84 trundles along to New Barnet Station where it terminates ... 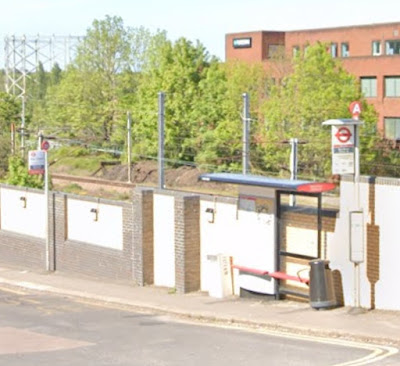 ... with a good view of the East Coast main line from the top deck!
So how come the withdrawal of this long-standing route by the ... 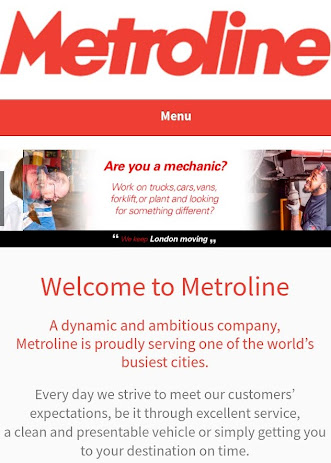 ... "dynamic and ambitious" Metroline.
The local press was first with the news ...
The bus company Metroline has "signalled its intention" to withdraw its 84 route in its entirety from early April. Hertfordshire County Council, who partly fund the route, said they are "still awaiting an official cancellation" from Metroline.
HCC added they are in discussion with other bus operators to see which elements of the 84 service they could potentially take on commercially.
A London Colney resident posted an angry reaction to the news on the neighbourhood app Nextdoor.
They said: "This is outrageous. It's the only route running from St Albans, through London Colney to Potters Bar and New Barnet."
This was followed shortly by Metroline's official on-line announcement. 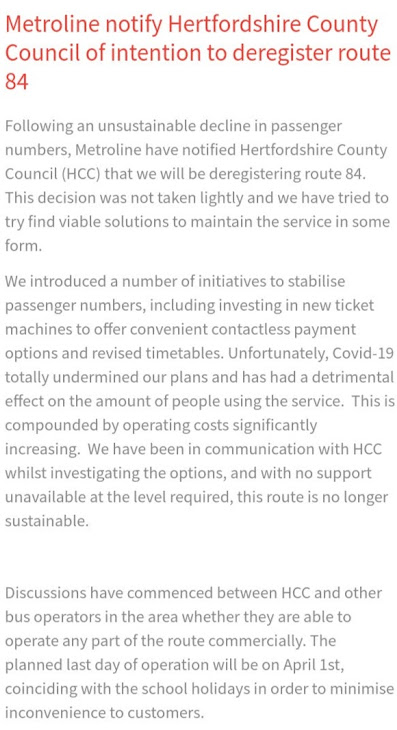 The piece still does not refer to an actual cancellation but to an intention. The item also refers (ungrammatically) to "no support unavailable" so we can assume that Metroline were hoping to frighten Hertfordshire Council into finding an extra wedge of fivers in a rusty moneybox behind the fridge and give it all to Metroline.
Fat chance!!
There are no timetables of any sort on Metroline's web site. Has Metroline routinely provided printed leaflets? What printed publicity does Hertfordshire currently provide? When were the last special fare deals offered to encourage passengers to try the route out?
Have Metroline REALLY tried since 2014? 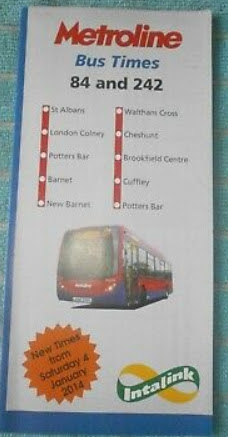 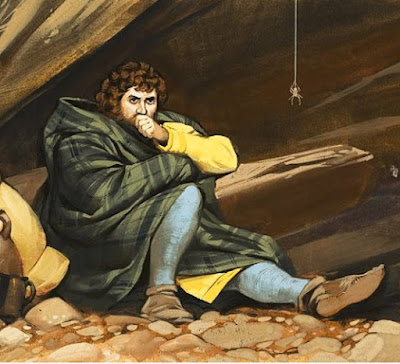 Robert the Bruce would be choking on his heavenly porridge!
There was a poster ... 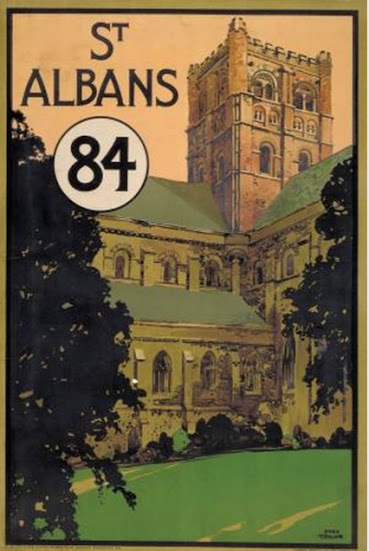 ... IN 1916!
Despite the fact the this is a "simple business decision" made by a company that exists to make a profit (a decision not to run buses as a charity), the local press has unearthed some heartbreaking "human interest" stories to encourage Metroline to lose some more money.
Potters Bar local Simon Tshulak believes that cancelling the service would be devastating for the local community, especially older residents who use the Potters Bar Community Hospital.
"There hasn’t been any proper consultation and if Metroline axe this popular route the results would be extremely disappointing. My petition is to get Metroline to reconsider axing the route and to save one of the key routes connecting Potters Bar," he said.
One petition signator, Sarah Jane Deacon, said: "I rely on the 84 to get to work every day. Also, I met my lovely fiance on this bus!"
All together now, Aaaaah!"
St Albans resident Viera Loffler, 77, is partially sighted. She has been using the 84 service for years so that she can go shopping at Sainsbury’s and M&S in London Colney.
No problem, Viera, two other routes link St Albans and Sainsburys!
Her nearest Moorfields Eye hospital is in Potters Bar ONLY on the 84 bus route ... 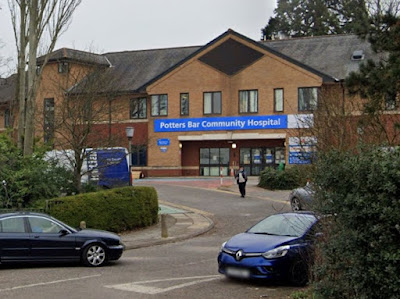 Sadly, a few folks going to listen to Jazz on a couple of days each month cannot sustain a bus route. Hospital visits might be a bigger problem as there is no alterative - but, again, are there enough appointment-holders to pay Metroline's bills?
"We try to do things as opposed to just sitting at home. For that we need buses," Viera said.
Carol Brown wants to save the 84 because she was nearly born on it. In January 1971, her parents travelled from Potters Bar to Barnet to go to natal appointments. Two weeks before Carol was due, they were returning from an appointment when her mum started having "twinges".
Two stops later she got off the bus at Barnet Maternity Hospital and Carol was born 20 minutes later.
No she didn't - the 84 does not serve Barnet Hospital! 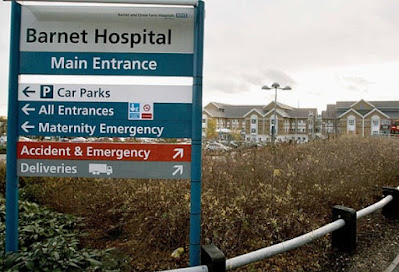 All together now, "Aaaah ..." or maybe "Aha?"
One thing  is 100% certain - there is going to be a great deal more like the 84 thrown out the door, for sure!
Shock News From Stagecoach
It is well known that Stagecoach, like other daft operators, have given up producing any printed material, despite the fact that the majority of their customers want a leaflet and don't use "devices"! But from darkest Somerset comes one very big surprise.
Correspondent Richard, who lives in Wellington (Somerset not Salop) reports thus:- 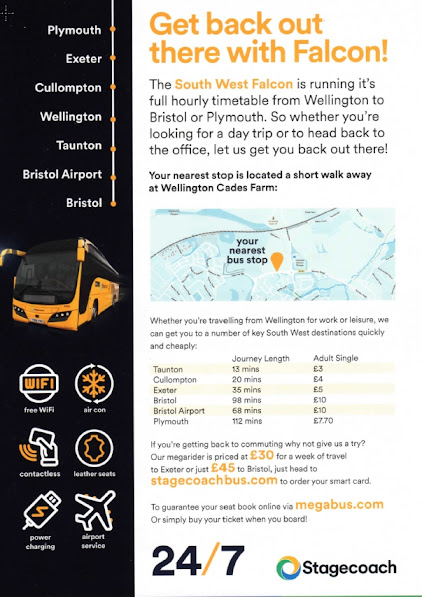 The leaflet (above and below - a simple A5 two sided "flyer") is being distributed in Wellington by the Post Office!!! 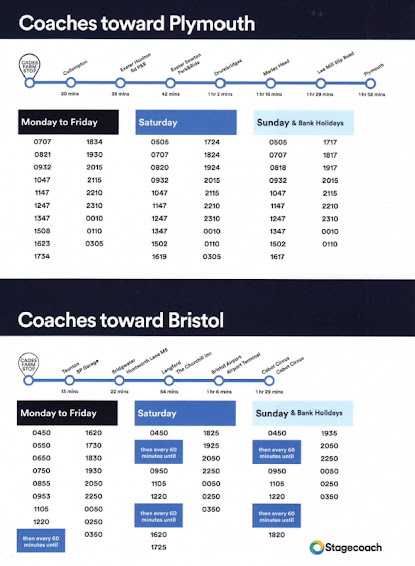 Note that, as well as departures, it also advertises fares.

SHOCK HORROR AGAIN!
What is going on?
Could it POSSIBLY be that Stagecoach has, at last, realised the error of its "All On Line" customer reducing policy?
Of course, as part of the National Express Stagecoach takeover, the South West Falcon is being sold to ComfortDelGo, majority owners of Scottish Citylink.
So could it POSSIBLY be that Stagecoach have exaggerated the revenue of The Falcon and are desperate to boost sales, so their onward sale is boosted?
Whatever? Maybe the tide will turn and passengers can, once again, be told in print when and where their buses run and how much it will cost.
One other suggestion from fbb to Stagecoach. Get rid of that Motorway Maintenance Vehicle livery ... 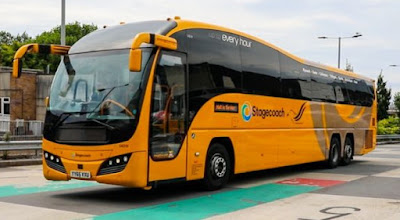