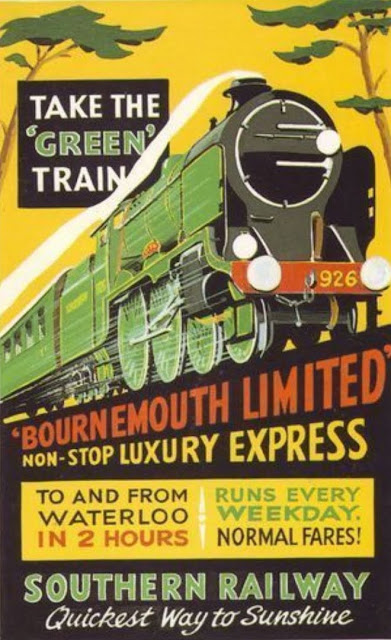 A poster from he late 1930s, so dated because of the locomotive. But first note that this was the "green" train when green meant "green" and not "environmentally acceptable"! 926 was Class V otherwise better known as the "Schools" class. "Repton" is seen below at work on the North York Moors Railway. 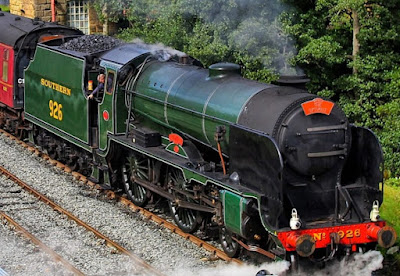 The class was the most powerful 4-4-0 ever built in the UK and, when displaced from lines that were electrified, these beats were at home hauling "crack" expresses to e.g. Bournemouth; not in only TWO hours. Today's fastest trains take two hours and two minutes - so great progress has been made in about 85 years!
Here is another poster with a stylised train hauled by a stylised "Schools". 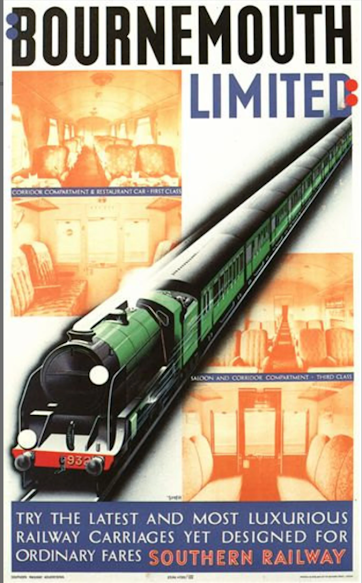 In this case it is 932 Blundells. Under British Railways, the class had 30000 added to its number.
In 1959 Kitmaster (a brand of the doll maker Rosebud) introduced a model of Harrow.

fbb thinks it cost four shillings and six pence, something of a bargain. There was much excitement amongst a spotty fbb and his modelling chums, with a general wondering about fitting a Kitmaster model with a motor and getting a cheapo loco.
Of course the skills required were well beyond the lad's pay grade.
In 1981 Hornby (actually Triang with a new name!!) released a working Schools. Named "Stowe" it appeared in Southern's Malachite green. For its day, it was a good model.

A Schools loco remained in the Hornby play-list for many years with its last appearance being in 2011. For a good working R380 (Hornby's model reference) you can expect to pay about £60. 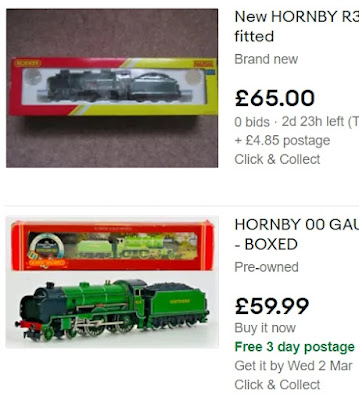 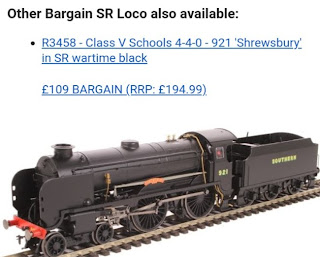 Kitmaster kits were taken over by Airfix and in an outbreak of pure unadulterated nostalgia, fbb has bought one to make up - leading to ...

... hours of fun, frustration and possibly failure!
More news as it happens.
Redcar - A P.S. Poster 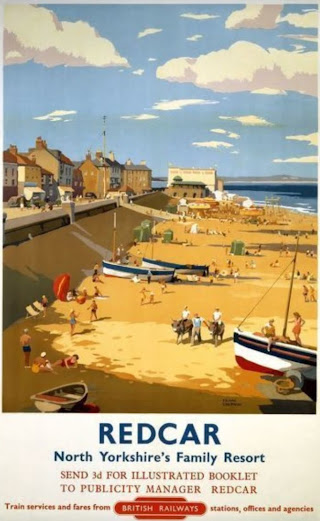 Redcar used to have a pier, much closer to the town centre than its bus station! Long ago, the pier was destroyed by shipping ... 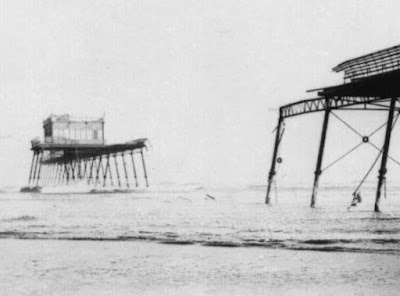 ... and the "ballroom" was demolished. 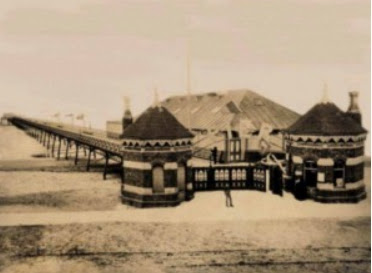 It was replaced by a brand new "Pavilion" ... 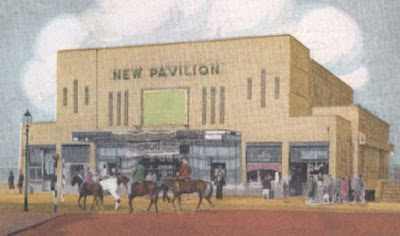 ... which morphed into the Regent Cinema ... 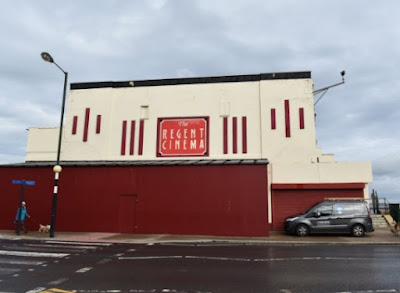 ... which is currently being completely rebuilt! 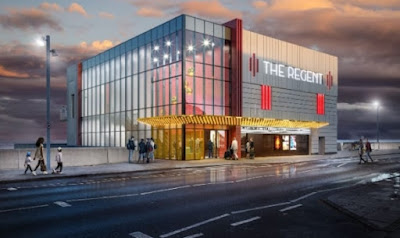 The white block on the poster ... 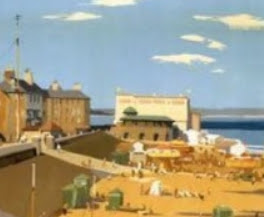 ... is the Pavilion/Cinema using a bit of "artistic licence".
Google Streetview shows the work in progress on the new building. 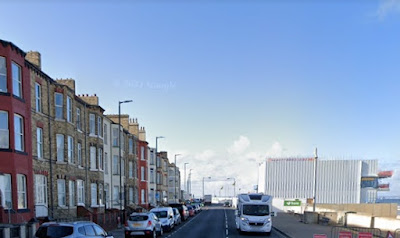 Just to confuse everybody, the non-existent pier is often (and technically correctly) called Coatham Pier. 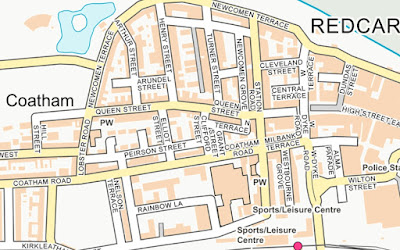 Again, pedantically, Redcar Central station (on the line between Middlesbrough and Saltburn) is actually in Coatham.
When first opened, Redcar had a single platform in a splendid train shed. 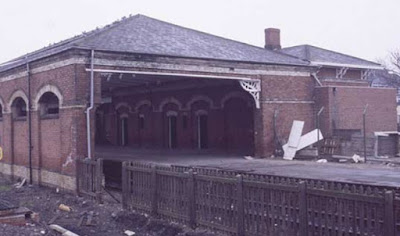 The main entrance was modest in size but of a grand style ... 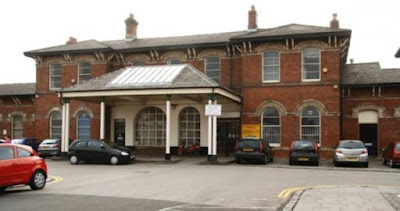 ... with what remains of the whole complex now in use as a Carpet Warehouse. 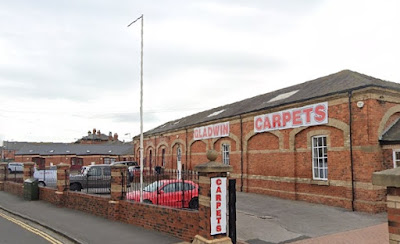 Meanwhile, the original entrance sits forlornly at the end of Station Road awaiting its future fate! 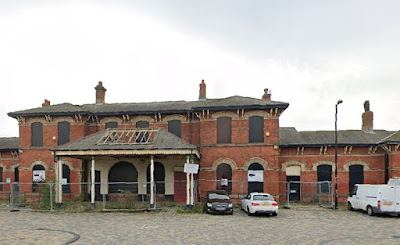 The present station building is now on the opposite side of the tracks ... 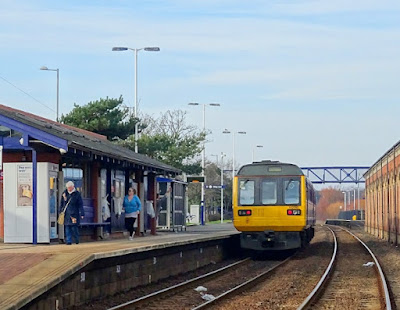 ... with the down platform (seen above in the distance) outside the original train shed and linked to the new entrance via a footbridge. 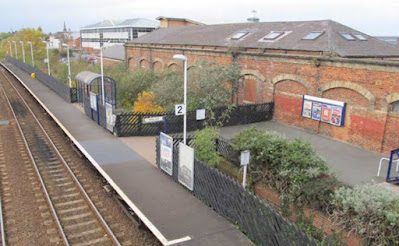 Even the level crossing gates are unusual. 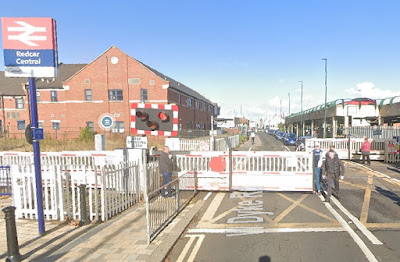 They don't swing, they slide!
Hyperloop Happenings
Remember Hyperloop? Boosted by Branson's billions, the idea is to run a magnetically driven and levitated train running at about 1000mph along a long tube. 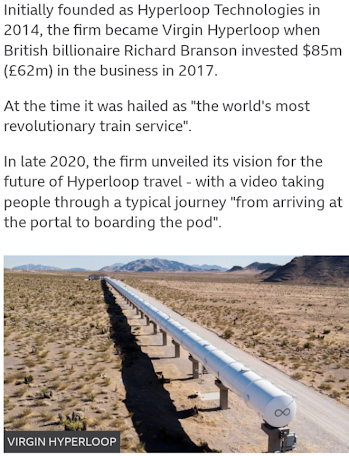 Currently it doesn't go round corners, which might be a bit of a disadvantage for its long term aims!
Two Hyperloop employees have ridden at a massive 107mph and survived.

But the company has recently announced that it will concentrate on freight transport for the immediate future. So no super high sped rides for humans!
They have also just made 100 staff redundant!
Might this mark the end of Hyperloop?

We are all sad and frustrated that we will not be able to whizzed down a cramped narrow tube at 1000mph. fbb was so keen to be the first to buy a ticket - ABSOLUTELY NOT!!!!