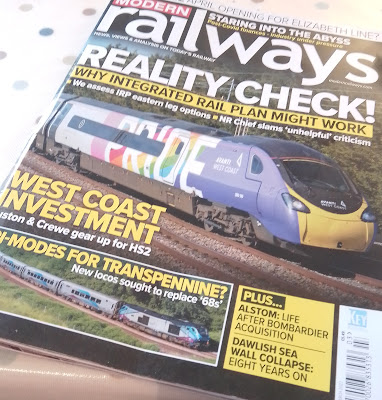 Modern Railways is a must-read for anyone seriously interested in the modern railway scene - there is a clue in the title - but sometimes it is a hard read, not at all suitable for those dozy dazy minutes before succumbing to the enfolding arms of Morpheus; i.e. going to sleep.
The March issue has a lengthy piece about the finances of the railway companies (grim!) with lots of statistics ... 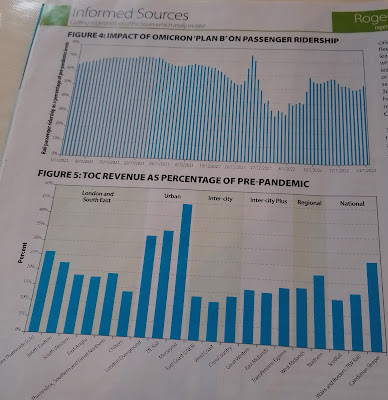 ... equally grim!
Then Ian Walmsley - usually good for a laugh and utterly paranoid about seats - expounds about discontinuous electrification. To save money, the powers that be want to electrify lines in little chunks using batteries, then diesel engines, hydrogen or possibly gerbils in treadmills to power the trains through the gaps.

Ian explain, at length and with more calculations, that electrifying in bits is actually much more expensive that doing the whole lot.
Then there is a full and frank report on how the Train Manufacturers are coping with the fact that significant chunks of their shiny new trains are dropping to bits. It is all to do with stress, notably that caused in the trains' operation (less prone to fracture if they stay in the sidings), that hurting the management and even more stress damaging the passengers. All for a few short bits of stronger metal! 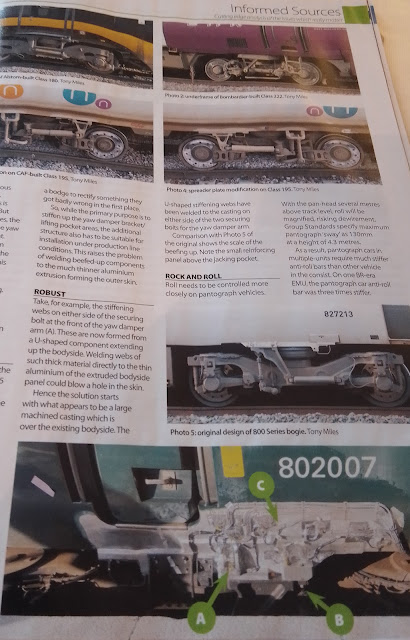 Fun, isn't it.
Just occasionally we are treated to accounts of real railway journeys, often from the acerbic pen of Alan Williams.

Incidentally, Mr Williams is the only writer who has his by-line TWICE at the head of his column. It must be in his contract.
But one of the best bits in the March issue is the editorial by James Abbott, recently retired as Editor but now dubbed "Consultant" Editor. 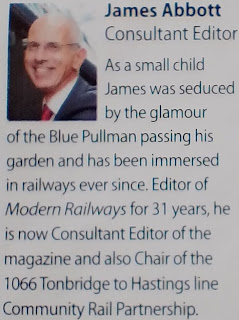 It transpires that James was an invitee at a wedding which required him to travel from home base at Tonbridge to Buckingham, and, being the excellent Consultant that he is, his journey would, of necessity, be by public transport.
Buckingham used to sit on a delightful cross country line (not CrossCountry!) that ran from Verney Junction (on the Bletchley to Oxford line, soon to re-open - whatever "soon" might mean) and on to Brackley and Banbury. 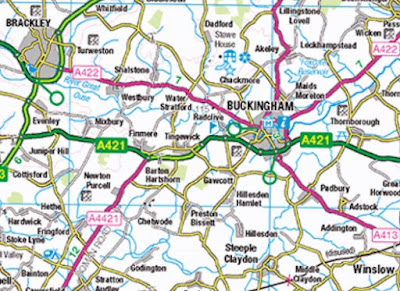 The railway had a few local industries to provide it with goods traffic ... 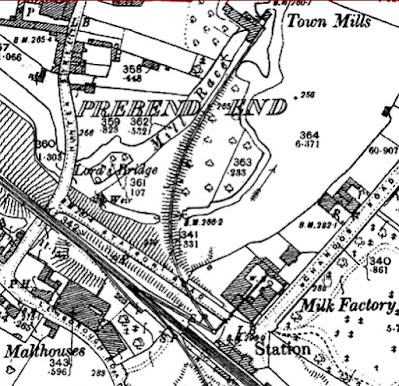 ... although fbb thought that a milk factory was ... 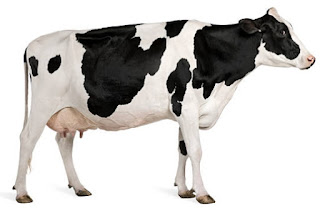 ... a cow!
Mooving on (GROAN), the passenger facilities were sweet and adequate ... 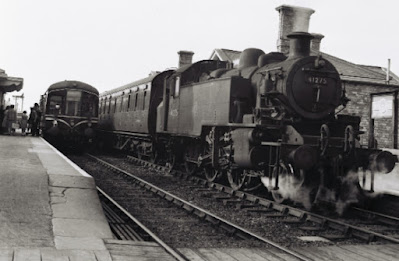 Latterly a single diesel car sufficed for most journeys. 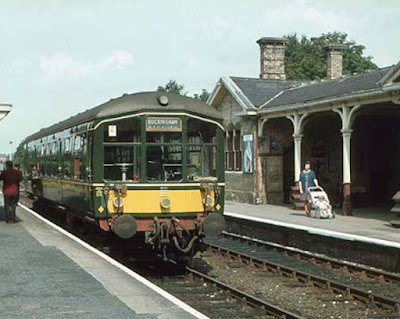 The new railcars attracted a reported increase in traffic of 400% with the service being well used on market days and Saturdays but the improvement was insufficient to save the service between Buckingham and Banbury which closed from 2nd January 1961. The remaining passenger facilities between Buckingham and Verney Junction lingered until 7th September 1964 using the diesel units transferred from the Banbury section. Freight facilities were withdrawn from Banbury on 6th June 1966 and from Buckingham from 3rd December 1966 with track lifting underway by February 1967. From Nick Catford's superb Disused Stations web site.
There is nothing left at the station, apart from a car park for the University of Buckingham Chandos building ... 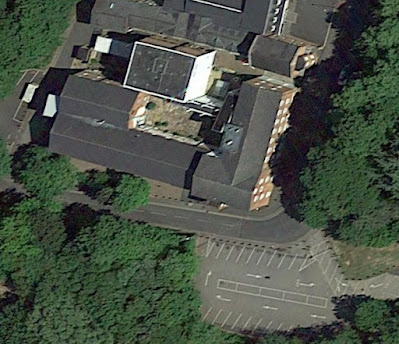 ... and access to the "Circular Walk" part of which uses the former track bed. 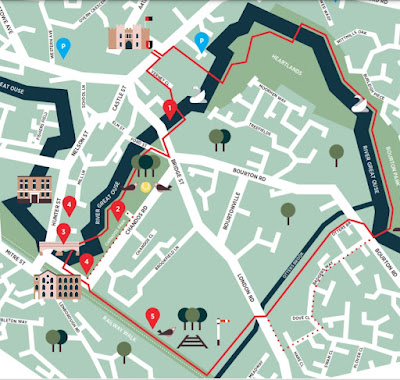 The station was at No 4 (lower left).
Of course, railway modellers of fbb's vintage will remember the Rev Peter Denny's fictional Buckingham Great Central Branch ... 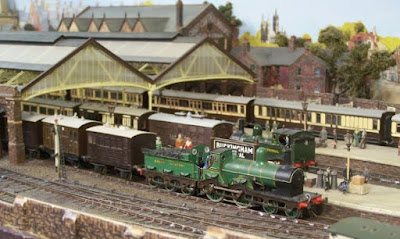 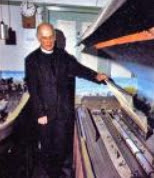 The layout still exists, still works and is being restored as parts of it are about 70 years old.
So James Abbott cannot catch a train from anywhere to Buckingham, let alone from Tonbridge.
fbb would guess, even without looking it up, that the nearest railhead would be Milton Keynes ... 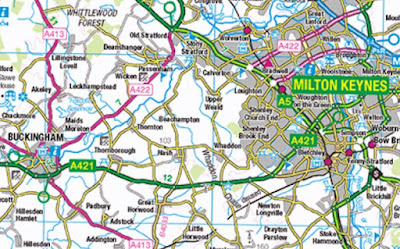 ... followed by a bus ride along the A421.
And that, indeed, is what Traveline offers us.

Three trains, a bus and some walks, taking two hours and fifty minutes. Oddly, when fbb looked the journey up last week, there were journeys via Bedford and then by bus, much slower and, doubtless more expensive. Quite why Traveline has changed its devious and sometimes unhelpful mind is not clear.
When fbb checked later in yesterday, departures from Tonbridge were three minutes earlier at xx46 and xx16.
Such behaviour does not inspire confidence in the algorithms!
fbb will examine the Traveline answer and compare it with James' efforts tomorrow. But the map looks OK. 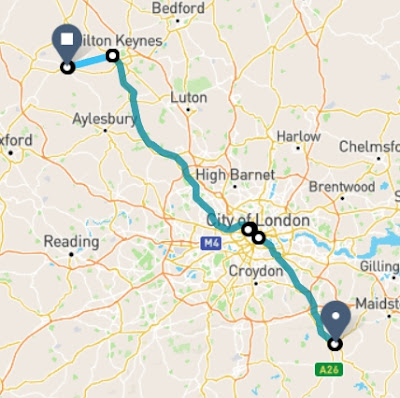 So more from former editor Abbott tomorrow.
Meanwhile More Rails for the fbbs 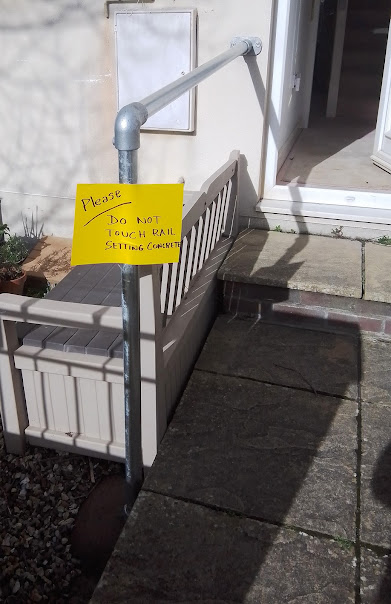 A handrail has been installed at fbb mansions, not just to assist Mrs fbb who would normally only use the level exit to the rear of the premises to gain access to the limo, but also for guests who attend the monthly Sunday and Monday get-togethers.
fbb was insistent this it should be good 'n' strong, so what has been installed is, in Mrs fbb's words, Clyde-Built.
A formal declaration of openness will be / was performed without due ceremony at 0715 this morning.
Next James' Journey blog : Wednesday 23rd February
Posted by fatbusbloke at 02:00