Two vehicles have recently appeared on-line. The first is the preserved Bournemouth Corporation coach that has been featured on these pages before. It has sent some time in Torquay being part of a Heritage Tour operation. 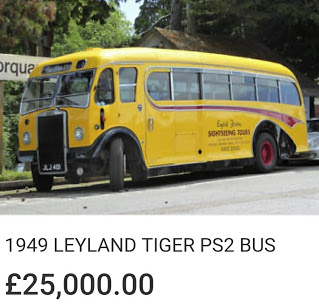 The price seems very high for a vehicle which will cost several arms and legs to maintain. fbb will not be bidding.

Neither will he be seeking to park this one in his diminutive back yard. 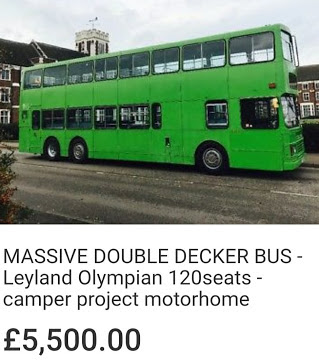 This is one of the Bright Bus motors, disposed of when the MASS Sheffield schoolbus operation closed back in July 2017. In this case fbb might have considered an investment ... 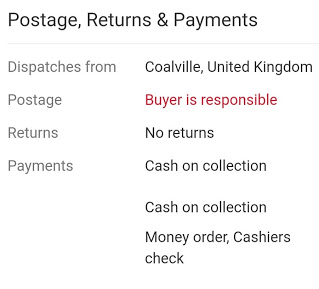 ... if only the seller were willing to pay the postage.

Stunning Marketing Campaign Bursts Forth ...
... or just fizzles pathetically. Readers will, like fbb, have been in a delirium of excitement about the new "Buses for Sheffield" branding and marketing campaign announced last month. Looking very much like the "same-old" Sheffield Bus Partnership guff, the bus-riding public of that great city will be overjoyed to see the stunning bus front publicity.

This is what was promised ... 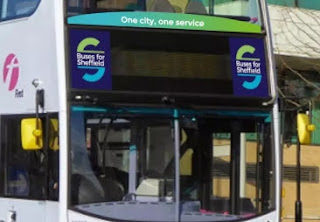 ... and, thanks to ever-eager correspondent Roy, this is what is now appearing on First Bus vehicles. 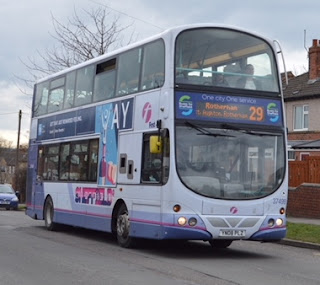 Note the bright colours of the background surrounding the destination blind. Note the stand-out legibility of the lettering above the blind display. 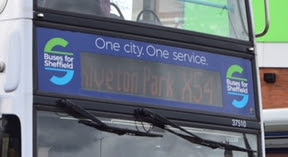 Note also the brand reinforcement on the side of the bus. 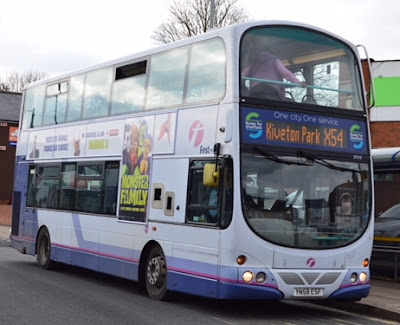 Surely this, and this alone, will reverse the trend of declining passenger use and bring droves of Sheffield folk back on to the buses.

fbb cannot wait to see the promised "Underground-style" bus map, posted at "every bus stop". Your brave and resolute blogger will be in Sheffield for the day on Friday 6th April. Expect more dramatic revelations.

There won't be any, but we can always expect. 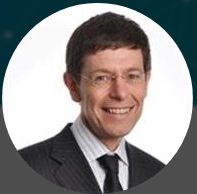 ... has come up with a spiffing wheeze. It is reported in an on-line summary magazine ...

... which tends to major on car parking. But the WSP idea is to build blocks of flats over the top of railway tracks.

Rail overbuild schemes would generate household and business rates, as well as other revenue for the local authority. They would also support efforts by councils for higher densification in new housing developments.

Here is a WSP look at the approaches to London Victoria now ... 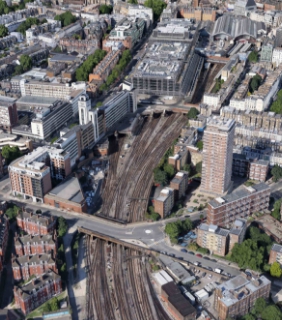 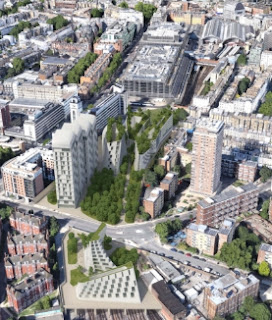 Sounds a good idea - but it isn't quite as simple as it sounds.

The costs of an overbuild can be high depending on span and width needed as well as the location, Parker pointed out. "A lot of that 11,000km of track is not such high value and it may be possible to do something a bit simpler that doesn't cost so much" Parker told delegates at Rail Stations and Property, organised by Landor LINKS and sponsored by law firm Burges Salmon. 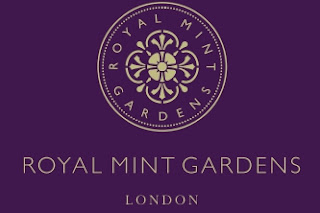 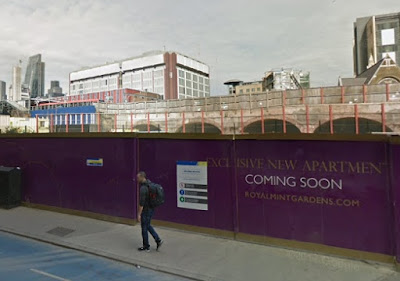 Whoops. There is no such station. Do they mean Tower Gateway?

...  and at Twickenham rail station. 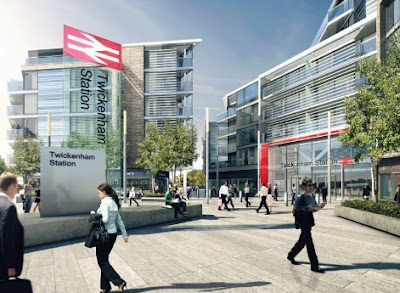 There are also plans to build a 50-storey residential block over rail tracks at Principal Place, Shoreditch, near Liverpool Street station. 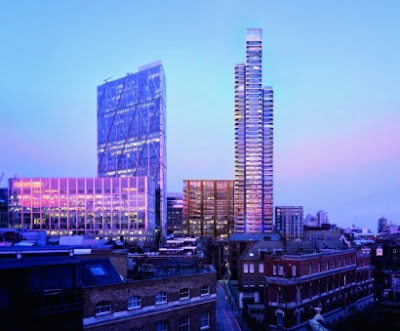 Of course, the idea is not new, but Network Rail has just commissioned this WSP report and the publishers of Transport Extra have enjoyed a speaker, Mr Parker no less, at one of their many conferences.

"It would also result in pedestrian-friendly, less car-dependent environments as there are no roads. Railways would benefit through increased patronage while rail asset owners would see land values rise,"  explained Mr Parker.

fbb wonders which of those benefits will be uppermost in the Railways' thinking.

But worry not, there will probably be little change at Axminster. 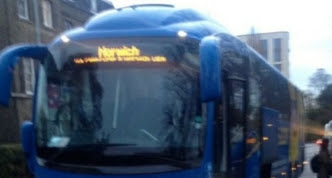 Megabus doesn't publish timetables as such, but an enquiry for Norwich to London for Tuesday next at an early time produces a list for that day.

It looks like three journeys offering a choice of "London" destinations; Victoria Coach Station or the ever useful "Stratford International". But note that an hour is allowed to get from Stratford to Victoria. 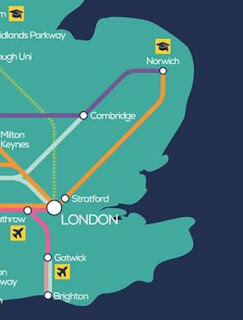 This will become important later.

Helpfully (!) Whilst Megabus will provide details (and a map) of the stops in e.g. Stratford-upon-Avon or even Stuttgart, the location at Stratford (East London) remains a closely guarded secret.

fbb might have a clue. According to Google Streetview, the alighting stop on journeys TO London is here, underneath the Agromex lorry. 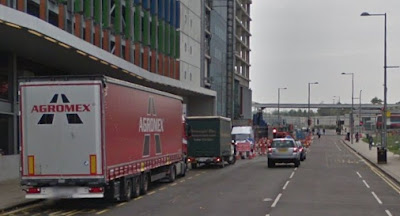 The departure stop is opposite but was out of use when Google Streetview passed by. 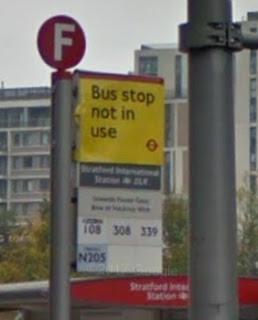 The other side of the stop had a different message.Well done London Buses! 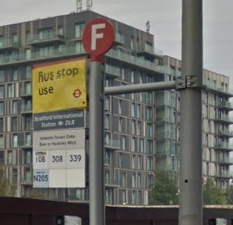 Whatever; neither stop face has a label for the M16! This information will become important in due course.

All will be revealed tomorrow. But to whet your appetite, the core of the news is that Megabus M16 will soon terminate at Stratford and will not continue to Victoria Coach Station.

The implications of this and Stagecoach's advance publicity are, to coin a phrase, "of interest"!