Destination Unknown
A while back, fbb revealed the opening of a new station in the Bristol area. 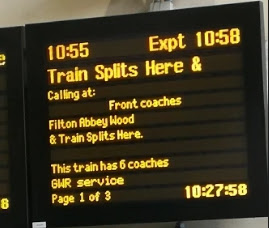 In response a correspondent forwarded a picture he took years ago. 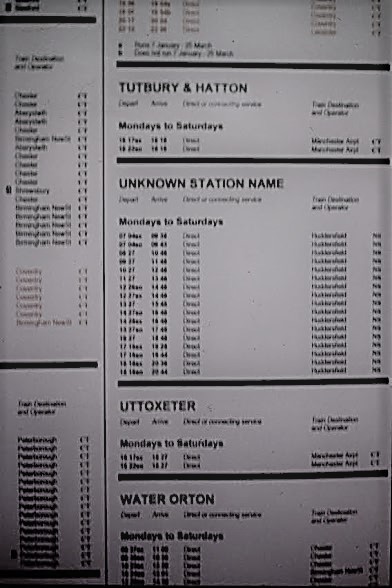 The picture quality is not good and the taker thereof couldn't remember exactly when or where it was taken. Trains to "Unknown Station Name" all terminate at Huddersfield.

Can any blog readers identify the station where this poster was posted?

Readers will remember that First Bus, as part of its Catalogue of Complete Capitulations handed its Plymouth operation over to Uncle Brian's boys. One of the reasons for Stagecoach keenness was the First Bus depot. The idea was that it would become a very useful base for the expanding Megabus service to way out west.

The depot is located off "The Ride" and close to the old railway bridge at Laira. 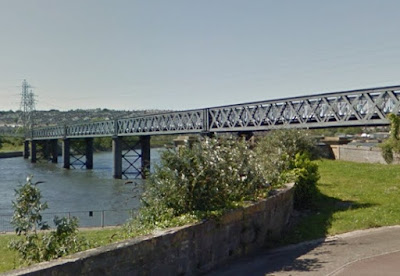 It is a huge shed with oodles or parking around the relatively modern building. 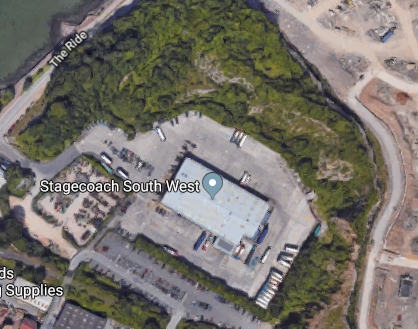 Without a doubt it was far too big for the terminally declining First Bus, but it seemed equally over to top for the limited route network retained by Stagecoach. But the opportunity for the express bus and coach developments made more sense of the deal. 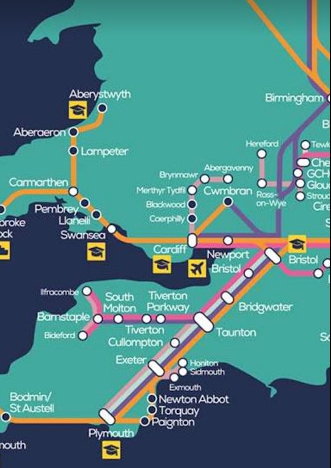 It came as some surprise, therefore, to receive (from an anonymous correspondent) this picture of a notice posted at the Stagecoach depot. 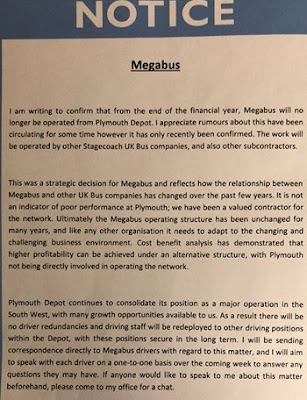 Conveniently, fbb discovered yet anther wonder of the world-dominating Google on his phone. Cleverly it "reads" the picture and tells fbb of all sorts of exciting links (?) which he can use to extend his boredom enjoyment with the interwebnet (?). But it will also turn photographed text into actual text if the picture is clear enough. Clever, eh?

So here are some extracts from the Notice.

I am writing to confirm that from the end of the financial year, Megabus will no longer be operated from Plymouth Depot. I appreciate rumours about this have been circulating for some time however it has only recently been confirmed. The work will be operated by other Stagecoach UK Bus companies, and also other subcontractors.

This was a strategic decision for Megabus and reflects how the relationship between Megabus and other UK Bus companies has changed over the past few years. It is not an indicator of poor performance at Plymouth; we have been a valued contractor for the network.

Ultimately the Megabus operating structure has been unchanged for many years, and like any other organisation it needs to adapt to the changing and challenging business environment. Cost benefit analysis has demonstrated that higher profitability can be achieved under an alternative structure, with Plymouth not being directly involved in operating the network.

The final paragraph is the usual platitudinous stuff about jobs being preserved and nothing to worry about etc. etc.

This looks very much like the Megabus Plymouth operation being run, not by Stagecoach vehicles and drivers but by subcontractors - much like National Express. The aim will be to cut costs. 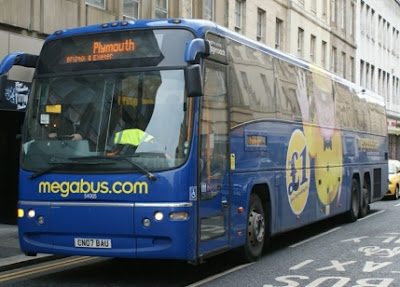 Might this be the first signs of a dramatic reduction in the "highly successful" Megabus network? Following on from close down at Kings Lynn and Fort William, we may be excused for negative speculation!

Noggy Numeric Nostalgia
When fbb were nobbut a lad he was, for a year or so, a keen trainspotter. A chum, Tony, who lived down the road, subscribed to "Trains Illustrated" ... 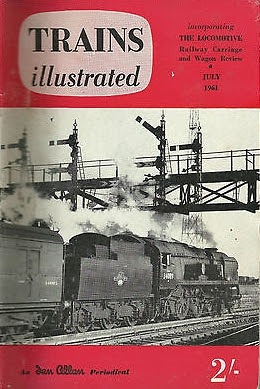 ... and dutifully underlined the numbers in his "Combine". 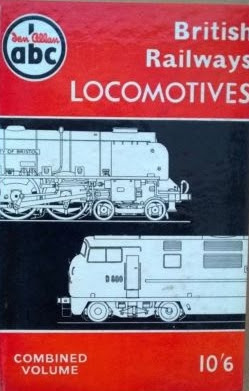 But at its height he was keen. "I say you fellows," he cooed after a visit to Northampton Castle Station, "I've spotted a tank engine with a red nameplate, a very rare cop!"

Collapse of not quite so stout party as today!" 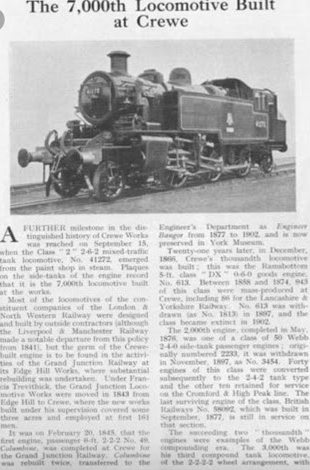 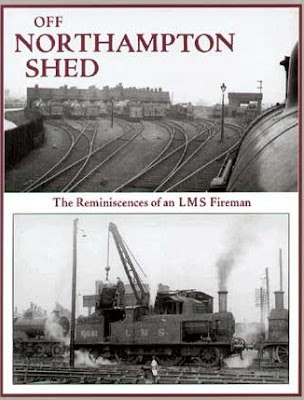 ... as illustrated in a splendidly nostalgic book.

The nameplate has been offered for sale at auction sites ...

... and can just be spotted below the BR logo on this ancient picture. 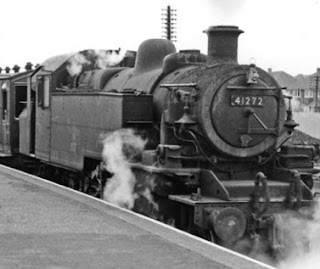 For the elderly, or the newly-interested, here is a bit more about this well-remembered class of locomotive. 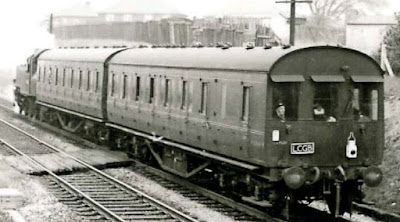 Push-Pull, as illustrated above, meant that the driver could sit in a cab at the back and control the engine. The fireman (coal shoveller) remained in the loco's cab, shovelling coal.

The last thirty Crewe-built engines, 41290-41319, were allocated to the Southern Region from new. The rest were London Midland Region engines. They spent their lives mostly on branch line work. Four have survived to preservation, and now work on heritage railway lines: 41241, 41298, 41312 and 41313.

But you can own 41272 for yourself. This was one of the numbers offered by Bachmann for its 2-6-2T model. Note the red commemorative plaque. 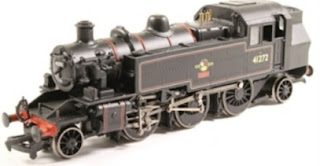 No longer in production, it was its appearance in Hattons of Widnes second-hand listings that aroused fbb's nostalgia neurons and awakened this esoteric memory.