Some time back, when fbb was exploring arrangements for the temporary closure of the "Greyhound" bridge in Lancaster, it was necessary to try to understand which bus services were affected. Stagecoach produced some excellent timetable leaflets in a distinctive orange colour ... 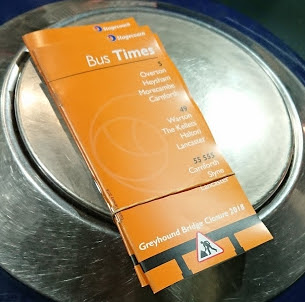 ... but what your canny author really needed was a map of the whole Lancaster network. Sadly, Stagecoach had nothing on offer at the time. 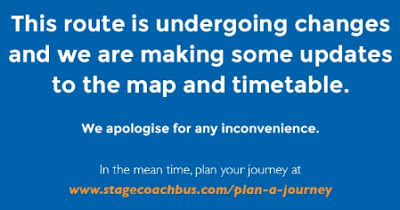 A map has subsequently appeared, too big to blog, so an extract is given below. 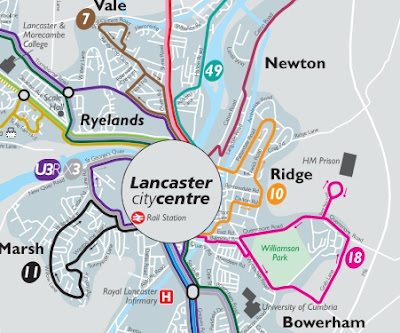 Had this been available at the beginning, life would have been reasonably hunky and very dory for the old man. But it wasn't, so another approach was necessary.

What about Lancashire County Council? Back in the dim and distant days of the Great Britain Bus Timetable, the folk at Lancs were top dog when it came to information. Timetable leaflets were produced for all services ... 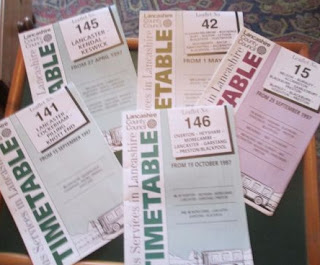 ... there was a countywide map and a series of town maps for the built-up areas. 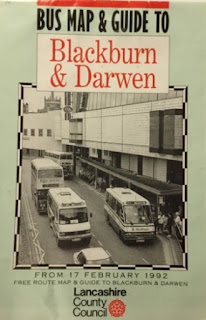 But a visit to the county web site today reveals a depressing decline.

True, every bus route is there, complete with its timetable. Here is the 2 ... 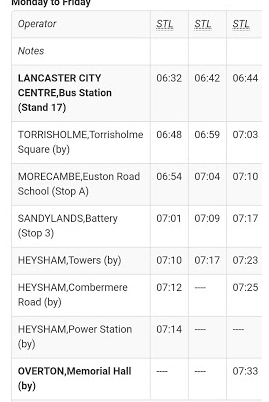 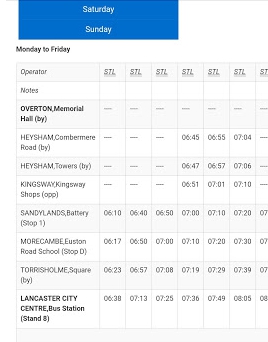 They are shown separately despite being two parts of the same 15 minute frequency service.

Stagecoach does a better job with a combined 2/2A timetable on-line and printed. 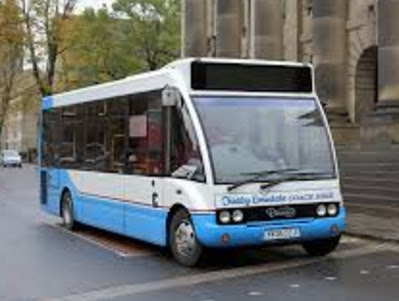 Firstly, it is not run by Stagecoach but is a tendered route operated by Kirkby Lonsdale Coaches. 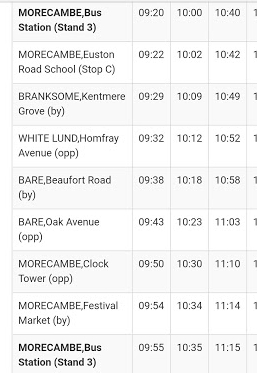 And, secondly, its route was somewhat mysterious. It would appear to be a circular route running at a nasty "every 40 minutes" and happily Lancashire has an on-line route map which, at first, seems less than helpful. 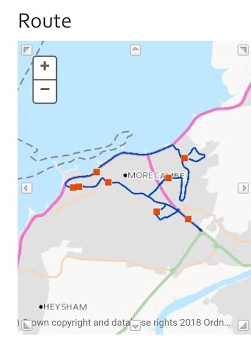 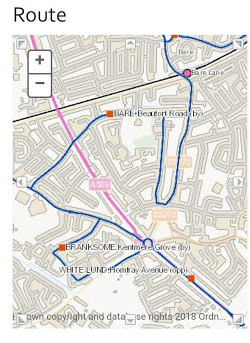 ... and enlarge even further. 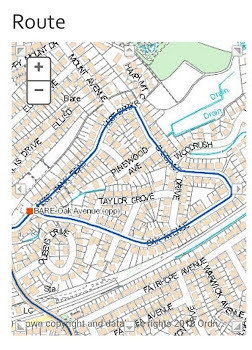 The above shows the loop at Bare, with Bare Lane station lower left. The red blobs are the timetable point times.

Frustrated with trying to work it all out, fbb decided to have a go at drawing a map himself. To add a little encouragement to what might be a trying project, an old business colleague made contact asking whether the old man could draw such a map for a small fee (or even a large fee)!

Do remember, gentle readers, that the excellent Stagecoach map was not, at that time, available.

Could fbb regain the skills (?) he used when working at Southern Vectis many moons ago? 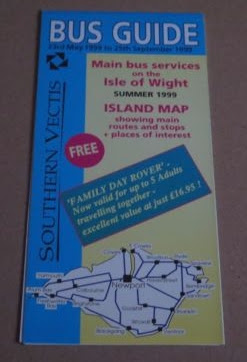 But first, a defensive word of warning. Legal "ownership" of maps is a tricky subject; fbb must stress that what follows is NOT for sale or publication, but is purely for his own private and personal education, entertainment and research.

The aim, put in simple terms, was to stitch together all the Lancashire on-line maps and then create an fbb network diagram. 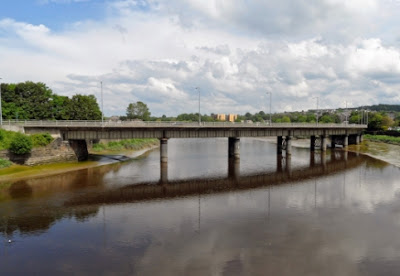 Once the Greyhound bridge re-opens, Stagecoach have "promised" to "review" (cut back?) the network, so this proposed fbb diagram would provide a basis for understanding any future changes.

Phase one involved stitching together pages from a Phillips Lancashire map book ... 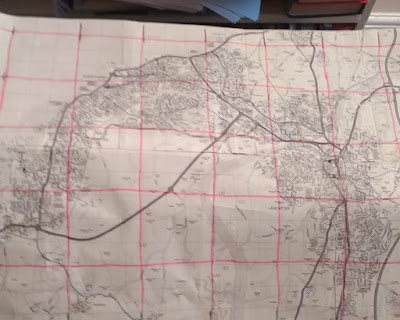 ... with grid lines overwritten in dayglo pink in preparation for a later stage. Next, the individual routes from the Lancashire on-line maps we inked in. 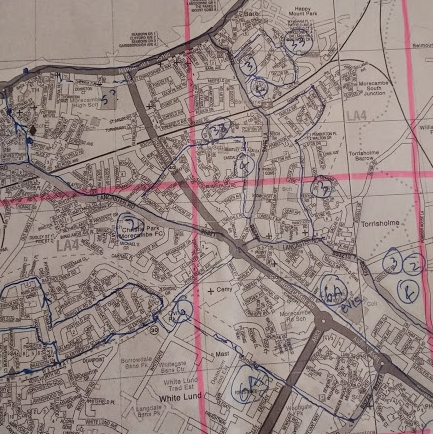 The eagle-eyed might spot some bits of the Kirkby Lonsdale route 33.

Once this is done, fbb has some big decisions to make.

A trawl through the Travel South Yorkshire web pages for something else revealed a page about "Bus Partnerships". 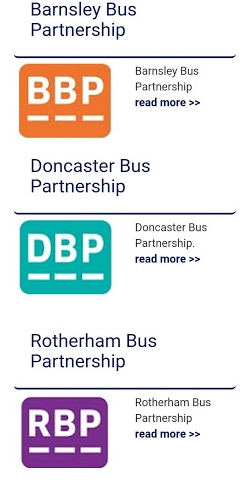 And the Sheffield Bus Partnership, the original and the best worst?

It is expunged from history - it no longer exists! In its place we have ... 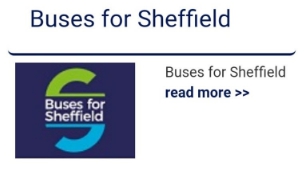 ... but absolutely EVERYTHING on these pages is exactly the same as it always was!

Buses for Sheffield is beginning to look like a pathetic non-event.

Next Morecambe blog : Thursday 15th March
Posted by fatbusbloke at 02:00