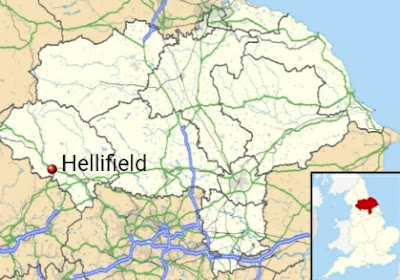 Hellifield is a village on the borders of North Yorkshire and the Craven district of Lancashire. It was just a rural and agricultural community on a wiggle of the A65 between Leeds and Kendal. 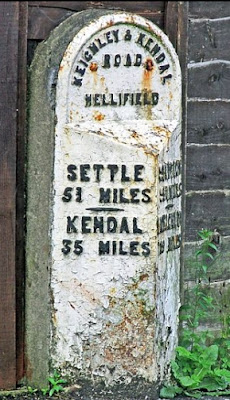 No doubt it would have remained in rural obscurity had not the Lancashire and Yorkshire Railway decided to make a Junction with the Midland Railway's Settle and Carlisle Line,

Although the station was shared, each company had their own engine shed and sidings. (click on the map below to enlarge it) 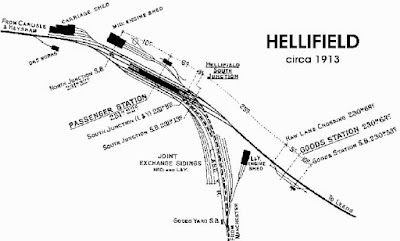 Although local boarding and alighting traffic was never great, there was plenty of interchange between the two routes and much activity in the freight and loco yards. 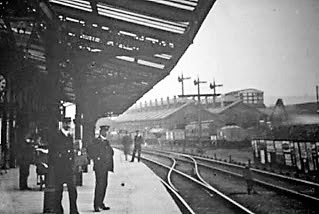 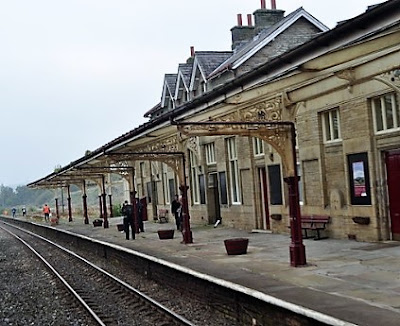 The track layout is astride one large island platform with disused central bays at each end. But the only section in use is at the Leeds end of the main structure, just long enough for the diesel trains that serve the line. A refurb was instigated by the flawed Railtrack ... 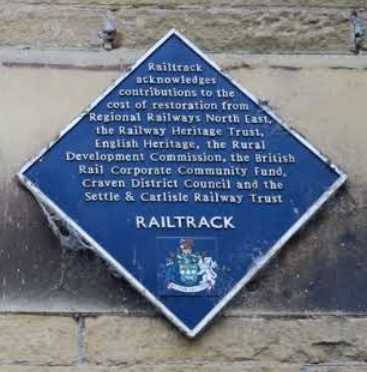 ... but in 2013 Notwork Rail refurbished the impresssive Midland Railway canopies which remain in very good condition throughout. 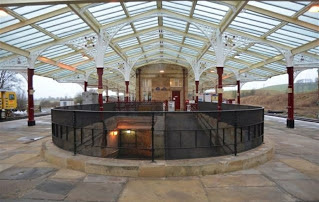 The picture above shows the subway access via a double-slope ramp ... 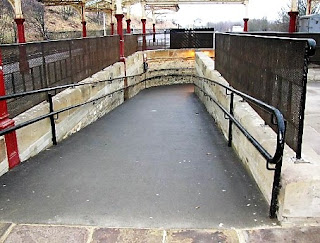 ... although the subway entrance is hardly an impressive gateway to such a splendid piece of well-preserved architecture. 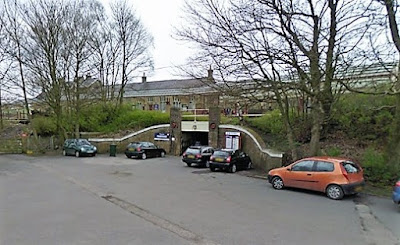 Correspondent Roy (from Sheffield) visited recently and sent fbb a collection of detailed pictures which give some idea of the mangnificence of the Midland Railway design. 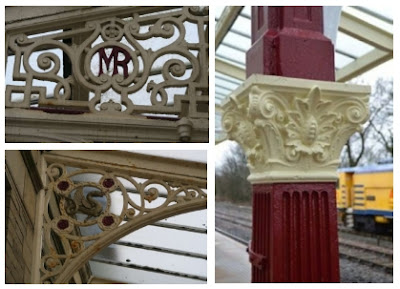 Thy made "proper" station back then.

Back in the day, it used to have a well-stocked newsagents ... 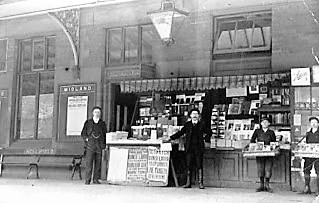 ... but the highlight of any visit today must be the station caff. 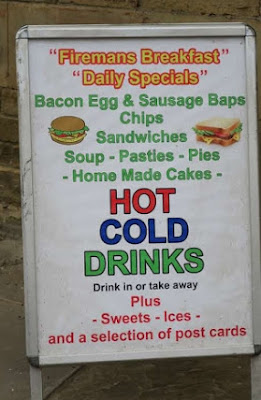 It has an excellent menu and pleasant ambiance ... 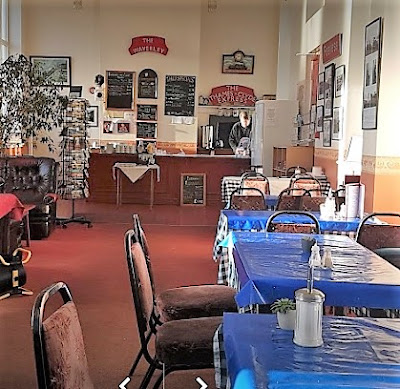 ... plus a fascinating collection of photographs and railway memorabilia. 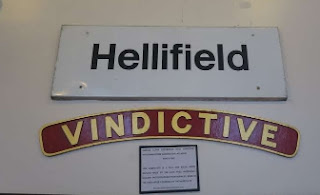 But if you like the quirky, the station has got one of these ... 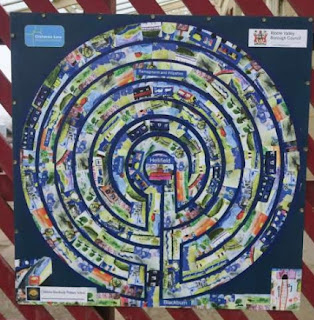 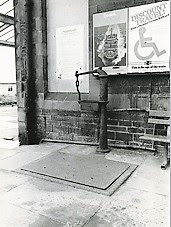 fbb thinks it is for weighing stuff. Amazingly it is still there (but probably not working). 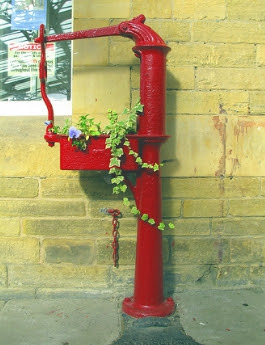 The Settle and Carlisle line has become increasingly popular over the years and, after a recent interruption due to landslides, is now back in full operation. There are also Sunday connections from Lancashire via Clitheroe so a number of out-and-back schedules are possible then. 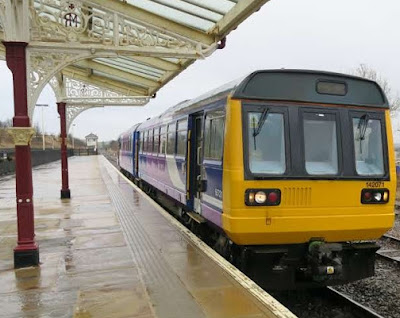 Hopefully you might get something better than a Pacer! Sprinters are better, but try to get a seat that matches a window. 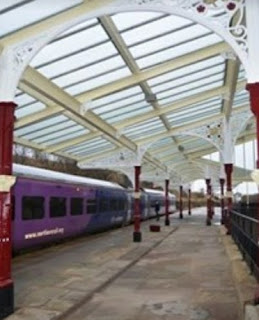 Travel out from Leeds at 1049, have a two hour break to explore and have lunch ... 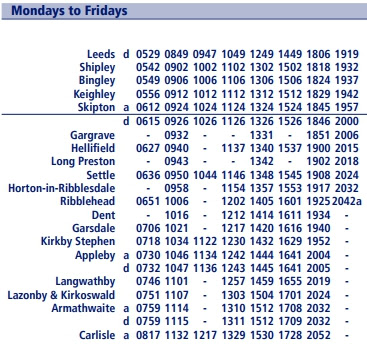 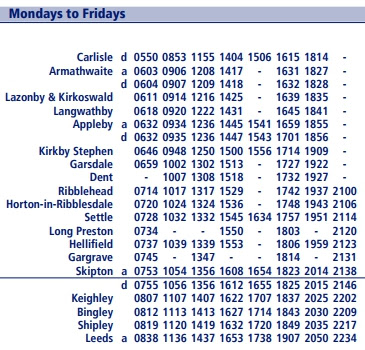 ... you can return to Leeds after a similar two hour repose.

Either way, Hellifield station is worth a visit.

Next weekend collection : Saturday 10th March
Posted by fatbusbloke at 02:00