The Beast From The East ...


Today, fbb was intending to take a closer look at "Buses for Sheffield". But Travel South Yorkshire's web site has collapsed, as it often does when folk really need it. The pages at 1930 yesterday evening showed this headline.

Sorry! The main site is temporarily unavailable. We’re working on it, in the meantime here are our key travel tools: 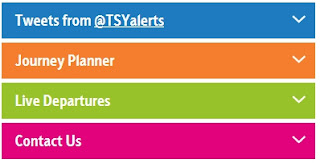 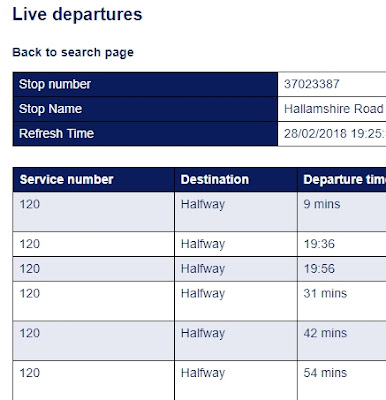 The journey planner (which we are all encouraged to use as information of the first resort) was also giving "normal" readings. 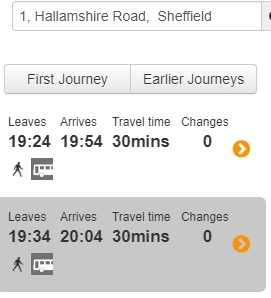 ... was telling us that buses were not running to Hallamshire Road at all.

Ranmoor is upper right on the map above; Hallamshire Road is the junction at the far lower left.

fbb well remembers Sheffield snows in his past life but major disruption to a large number of services was rare. fbb's local routes to Crimicar Lane (now called "Fulwood") and to Lodge Moor were often disrupted due to steep hills and exposure to drifting. But most of the interruptions to service were short-lived with excellent gritting and clearing services from the City Council.

Running buses in snowy weather seem more difficult now than it did in the 1970s so problems are understandable. Should the various companies and agencies make a better effort?

But, as we are continually exhorted to "go on-line" should not the providers of that "on-line" be able to deliver consistent and accurate information? If the Journey Planner is too difficult to keep up-to-date, then switch it off.

What about the bus company sites?

At 1930, Stagecoach was showing a list of curtailed or diverted services. But First Bus ...

We are done for this evening, please refer to our website for any further service updates. Keep safe in these colder conditions. We will be tweeting out information from 7am - CV, RS

... has packed up and gone home! The website was offering a slightly updated version of the information from Travel South Yorkshire.

Whatever the rights or wrongs of Sheffield bus information, the result of the TSY website collapse is that fbb could not complete his review of the "Buses for Sheffield" pre-launch.

So here goes with a few snippets.

Scottish Rail Companies In Trouble?
Press reports are not encouraging for rail passengers travelling to or within Scotland. 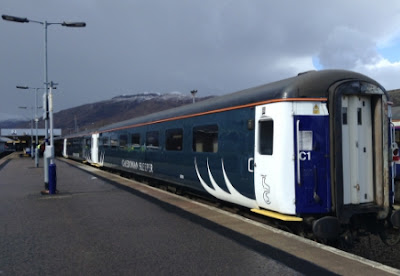 Serco (a k a Caledonian Sleepers), which took over running the night trains to and from London in 2015, last week revealed it had taken a £30 million hit on the franchise as a result of a “sharp increase in costs”.

Seasoned rail watchers were amazed at the promises the company made in order to win the franchise (familiar story?). They promised brand new carriages, the first set of which was delivered in mid-January

In addition there has been increasing dissatisfaction with Abellio (Dutch State Railways) as franchisee of Scotrail. First Group lost the franchise to Abellio, despite being praised for their good housekeeping! 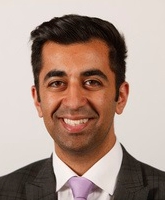 Transport minister Humza Yousaf, who earlier this month flew to the Netherlands for crunch talks with Abellio, has written to MSPs to say he is monitoring the situation closely, 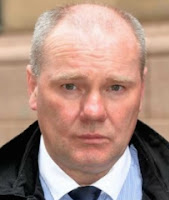 But Scotland boss of rail union RMT Mick Hogg said: “The ball is burst when it comes to private franchising and the sooner ministers realise this the better. The East Coast line, the shambles at ScotRail and now the sleeper, all the problems show that we need radical changes in the shape of public ownership or the passengers and the taxpayer will continue to lose out.”

He's got a point! 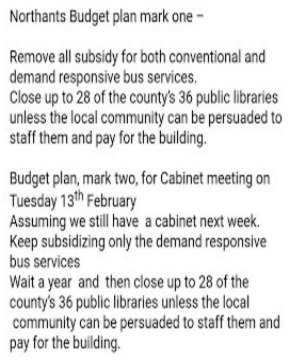 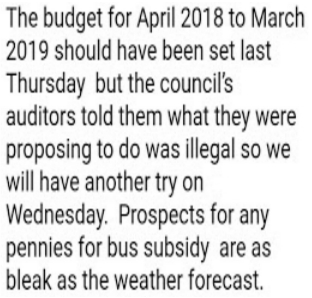 The latest news sort of confirms it all.. 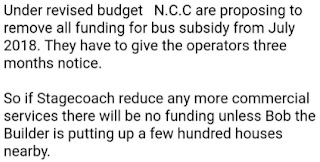 The "Bob the Builder" remark refers to the "Section 106" funding whereby developers make a contribution to encourage public transport to serve the estate(s) as development proceeded.

Not good news for Northamptonians! 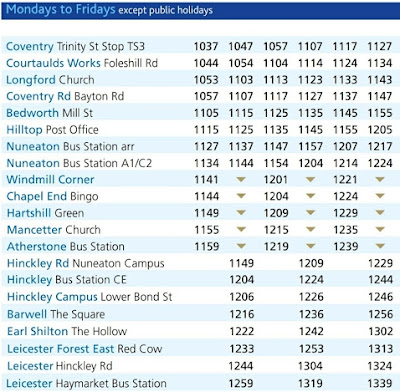 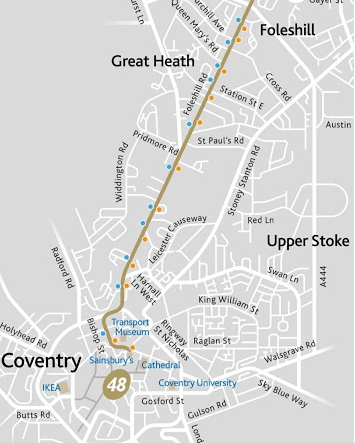 ... to Nuneaton, continuing forward to Atherstone and Leicester; each every 20 minutes. 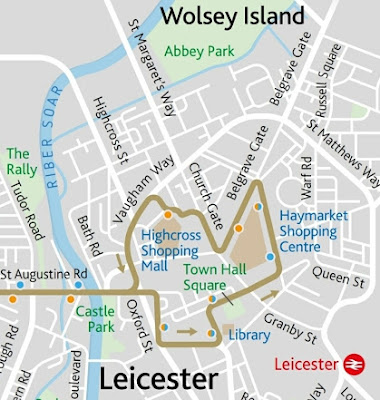 Why you’ll love Stagecoach Gold
From listening to your feedback, we’ve created a Customer Promise and developed Stagecoach Gold with you in mind.
Stagecoach Gold is:-
punctual – 95% of journeys run no more than five minutes late or one minute early
comfortable – high back leather seats, extra legroom and soft furnishings
friendly – specially trained, uniformed drivers
connected – free Wi-Fi on many of our routes
greener -  Euro 5 engines help cut exhaust gas emissions
If you want to tell us why you love Stagecoach Gold, use our feedback form 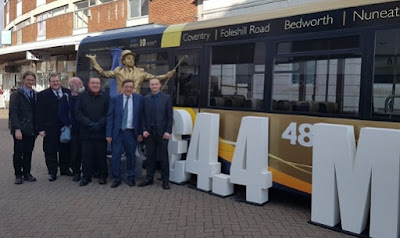 The buses certainly look the part. 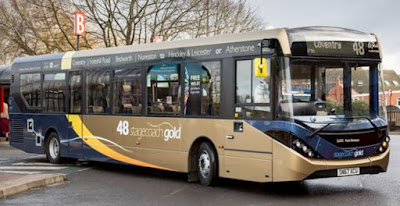 Back To Sheffield
Weather and web sites permitting, we shall return to Sheffield tomorrow. But the doom-mongering meteorological menaces are predicting several feet of snow plus an invasion of man-eating polar bears for fbb's corner of East Devon. Seaton's Tesco was packed to the gunwales yesterday with local folk stocking up with basics to survive the icy blasts.

The fbbs don't even possess a show shovel!

But they do have bread and a couple of tins of baked beans in hand.