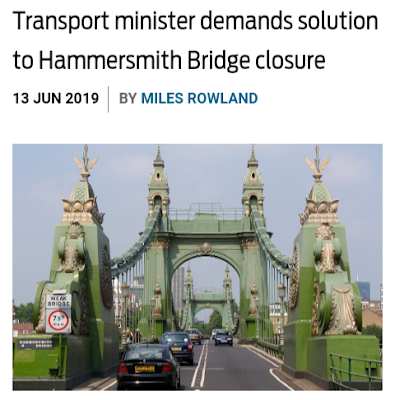 Given that Mr Shapps could give Hammersmith and Fulham Council a large sack of money, but has said he won't, a number of solutions have been proposed to overcome what will certainly be a long term closure. The length of the closure, of course, depends on when the money arrives. Everybody seems to agree that, once approved, the work will take at least seven years.
So what happens until then?
Cunning Plan Number 1
This from Transport for London (TfL) 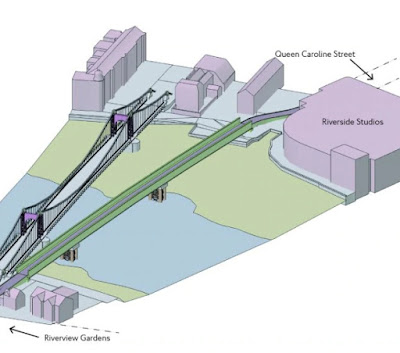 A temporary footbridge - certainly better than the ferry and, hopefully, free! It would take walkers and cyclists from this greenery on the Richmond bank ... 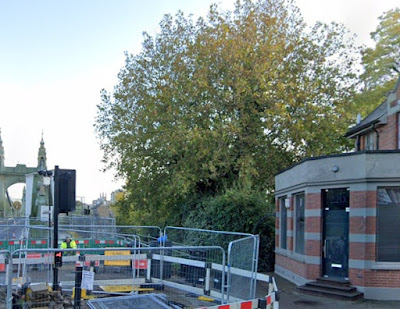 .. to the bottom of Queen Caroline Street on the other side, where a footpath will take you back to the bridge itself. 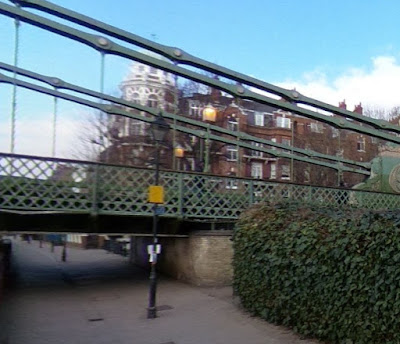 Fine for cyclists and pedestrians and loads better than an inconvenient ferry, But then we find ...
Cunning Plan Number 2
Consulting Engineers Beckett Rankine reckon they could have a temporary road bridge up and bridging in three months. They are basing their scheme on bridges installed for military and emergecy purposes elsewhere. 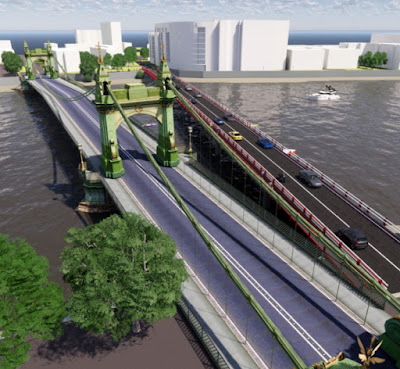 It would follow the line of the TfL footbridge idea (above) and would be capable of carrying big double deck buses. 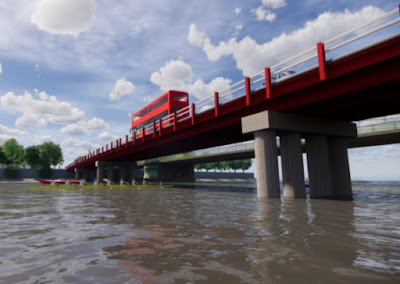 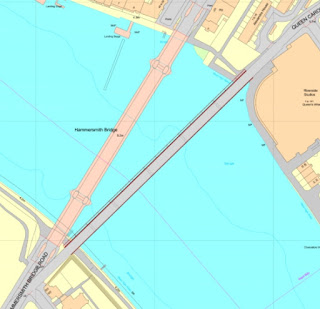 to reach the scary Hammersmith squareabout. 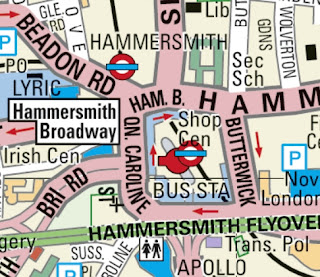 Here fbb can foresee a snag. Queen Caroline Street is a quiet (if anwhere can be quiet in the shadow of the Hammersmith flyover) residential street ... 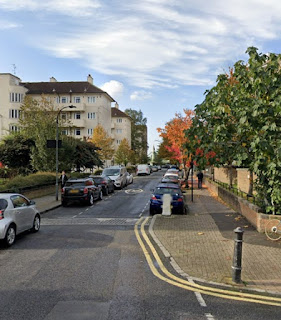 ... which ends abruptly just short of the river. 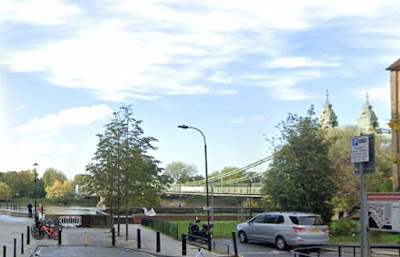 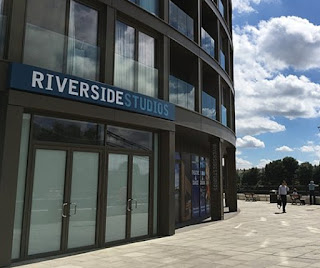 This is on the site of the BBC's Riverside Studios ... 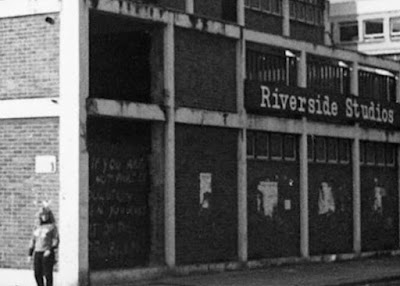 ... the home of many BBC classic programmes. Redevelopment of the whole site means that TV productions still happen, but under independent management; there is live theatre and, inevitably, residential units.
Cunning Plan Number 3
Norman Foster and Partners. As we have come to expect from Norm and his gang, this is a radical solution. Readers may remember that Mr Bazalgette built his new bridge on Mr Tierney Clark's old bridge stone piers (see inset in picture below). 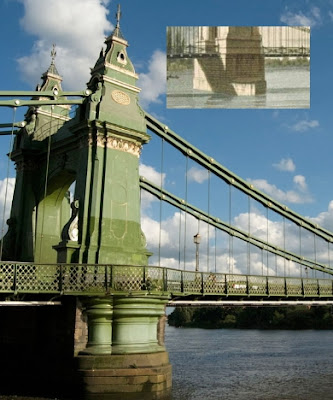 So this plan builds a temporary bridge on top of the existing bridge, using the strength of the piers to support the weight of the steelwork. 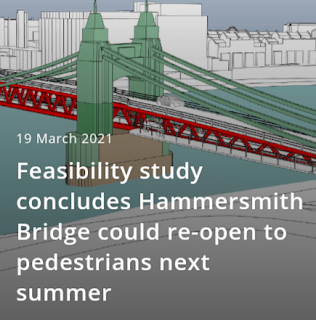 The lower tier would be for cycles and pedestrians, the upper for motor traffic. 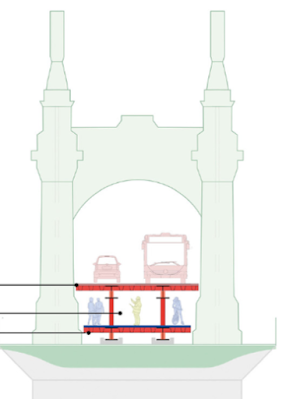 It is not clear whether there is room for double deckers, but you can't have everything!

The scheme would mean that work could take place on the failing bridge unimpeded by passing traffic and there would be no need for any other construction, except, presumably, for access to the towers. The contractors could get out their superglue, gaffer tape and soldering irons while traffic trundled by normally.
Seems a good idea!
Will any of it happen?
First the funding dilemma needs to be resolved. Then, no doubt, there would have to be a period of consultation. There would be objections to any or all of it, but you would think the Foster decks would create les opprobrium as they are within the existing "footprint".
What is difficult for fbb's decaying grey cells to grasp how either of the Beckett Rankine or Foster plans will save money. Both proponents are suggesting savings of up to £40 million on the total cost. Such a saving, if nothing else, might cover the inevitable cost overrun which seem standard these days for any big project.
All three schemes are offering the return of foot power within months and vehicle transport (where included in the offer) some time in 2022.
So, politicians, bean counters and engineers - get cracking!
Pinking Is Pretty
When fbb was just a littler sprog, the was transfixed by the idea of  pinking shears, a device for cutting a zig-zag edge to cloth. To "pink", in this sense dates back to the 15th century and was used for making decorative patterns in leather. fbb, much to his childhood chagrin, was never allowed to pink for himself.
As a descriptor of "shears" it is much more modern, arriving in the early part of the 20th century. 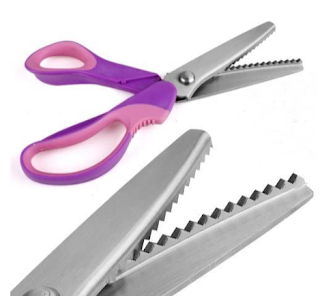 Should fbb borrow Mrs fbb's pinking shears to do a bit of model railway pinking? Would it be allowed or, horror of horrors,  might the blades be blunted by sheet polystyrene.
Typical of the deep philosophical challenges facing a model railway bodger-par-excellence.
The "pinking" of a badly adjusted car is, fbb thinks, an attempt to replicated the sound of the mini explosions taking place where they shouldn't - not, sadly, the effect of the problem on the vehcile's trajectory.
Do modern cars pink? 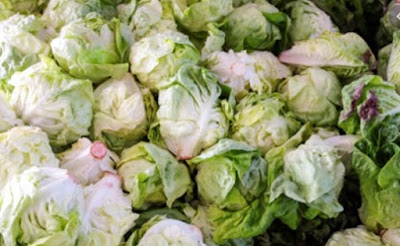 Pinking can also be a problem with lettuce; but that refers to the colour!
What might fbb want pinking shears to pink?
Puzzle Picture 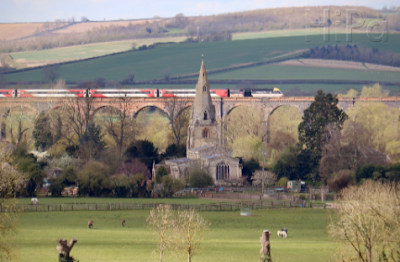 It shows an East Midlands Railway train, as you can tell from the LNER colours on the carriages and the British Railways liveried HST power unit on the front.
But where is it?
Answer tomorrow
Side By Side In Sheffield 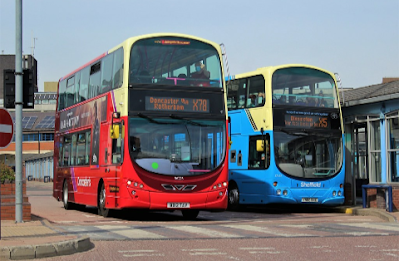 The two new First South Yorkshire liveries are seen together at the Sheffield Interchange. The bus in Doncaster Red is on the lengthy X78 to Doncaster whilst the Sheffield blue is about to depart on the X5 to Dinnington.
When are we going to see a Rotherham livery? The new Rotherham web site is currently in First Bus pink. How about a revolutionary green for Rotherham?

Next variety blog : Saturday 1st May
Posted by fatbusbloke at 02:00