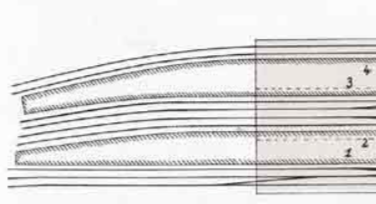 At a first glance at an old station plan, Darlington (Bank Top) retains many of its original features. Above are the two south facing bays with the through platforms 1 and 4 on each side of the station "island". Entry is from the clock tower building on Victoria Street then via a subway to the main customer facilities. 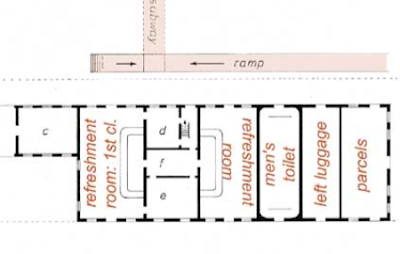 But the Victorian class system reveals itself in several ways. There were two refreshment rooms, one for First Class passengers and the other for the lower orders. The clock tower building ... 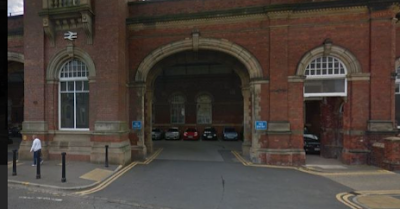 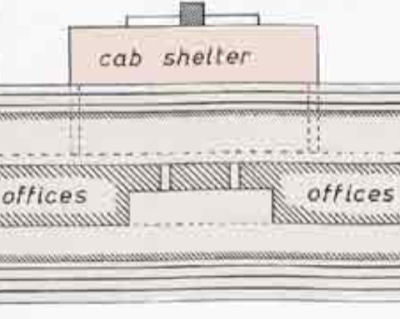 Here the "middle classes" of villa-owning management would arrive in their hired hansom cab or, later, taximeter. Meanwhile at the north end of the station ... 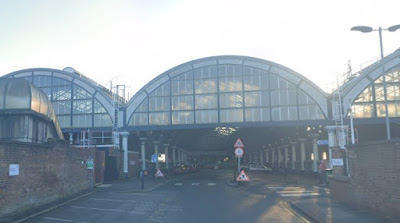 ... the upper classes and nobility would be driven by their servants in the estate carriage. 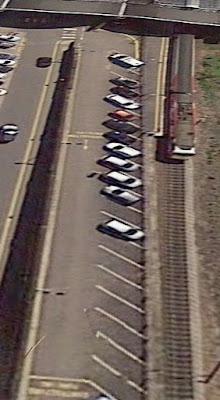 ... alongside the ramp of the carriage road. One thing you do notice from this old plan is the number of crossovers to allow locos to escape back to the front of a departing train ... 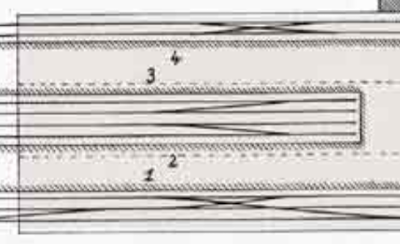 ... and to provide ingress and egress for shorter trains on the through platforms. Note also that there are outer lines with no platforms thus allowing overtaking! 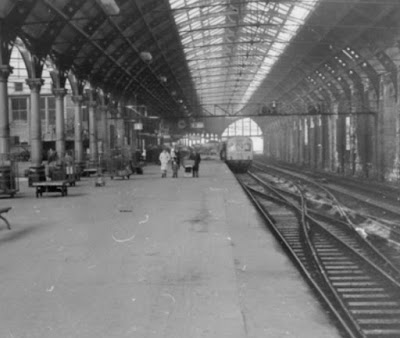 Of particular significance in our quest to make a better job of understanding the development plans than local press and politicians are these two lines on the east of the plan and outside the train shed.

This allows train to avoid the station completely and whizz past at speed. 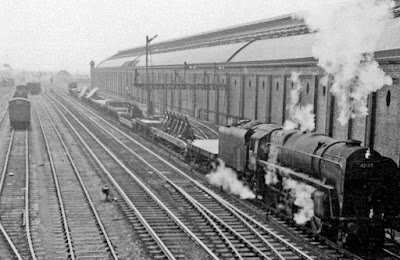 To confirm this style of working, below is an express from the north to London crossing from the fast lines to enter the train shed and stop at the up platform. 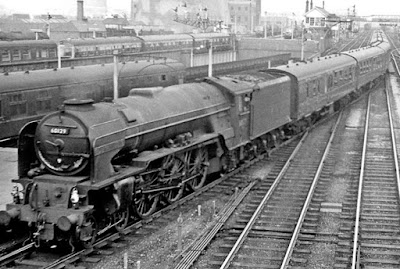 (Having downloaded the picture, fbb is now not so sure that it IS Darlington - but you can get the broad idea!)
Although the non-stop tracks still appear, at least vestigially, on aerial views courtesy of Google Earth ... 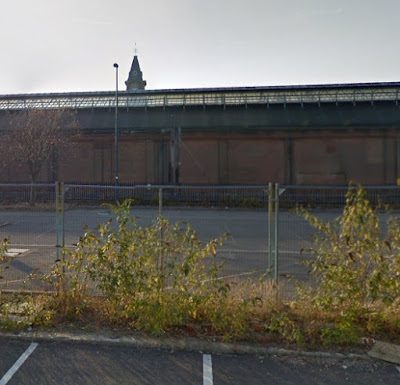 There is a more recent footbridge from this car park area into the north end of the station ... 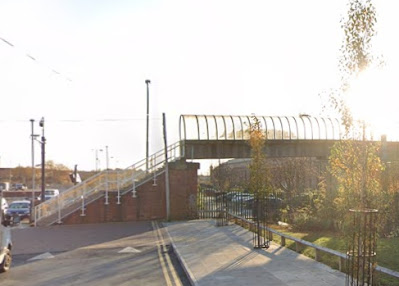 ... seen below in a previous life spanning the through roads. 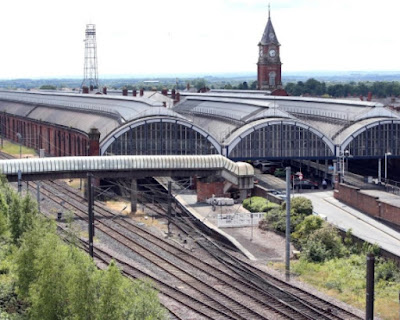 Whether any of the tracks within the trainshed is still available for overtaking is beyond the wit of fbb to discover. The northbound loop now ends in a buffer stop ... 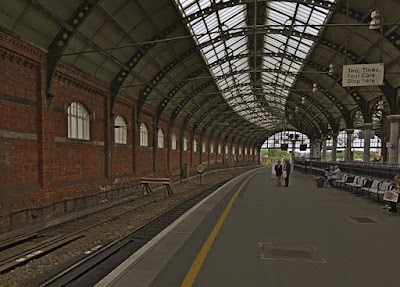 ... whereas the three southbound tracks ... 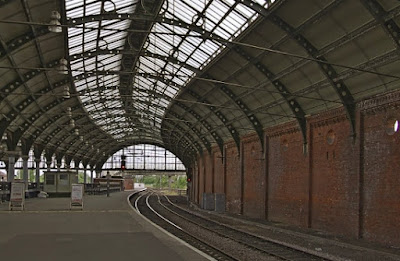 ... now appear to be two but with shiny rail tops. A Darlingtonian rail traveller would need to offer a definitive answer.
Leaving aside a few minor technicalities (?) we have brought the station and its bits and bobs up to date. We are poised in anticipatory excitement to see what upgrade plans are promised by Notwork Rail.
The Battle Of The Bulge 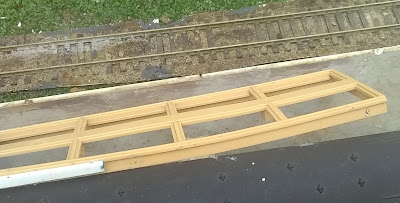 How to unwarp a vintage second hand Triang platform canopy? It needed a bodge!
Bodge 1 : Take one rusty old hacksaw and cut a couple of slots in the canopy frame. 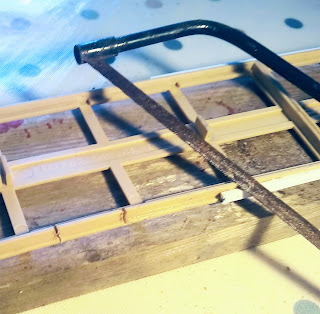 Add the rest of the white plastic strip, a length of which has already been used to strengthen the joins between the three canopies. Weigh down with items from Mrs fbb's pantry ... 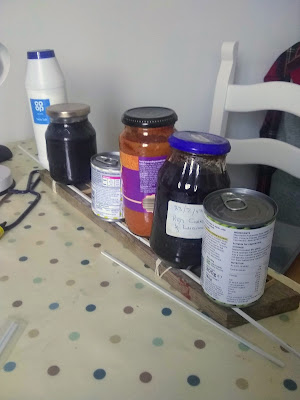 ... and the warp is nearly cured. Whilst so doing, repair a bit that has broken off.
Bodge 2 : Milliput and sandpaper, plus a generous coat of paint will all contribute to the process of hiding the somewhat crude surgery! 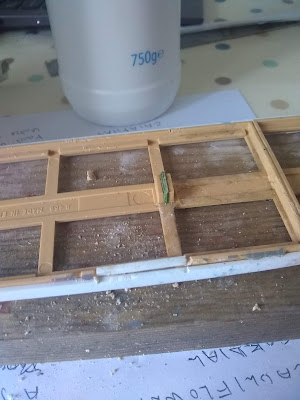 Bodge 3 : Once the extensions are added to cover the full width of Peterville Quarry platforms,. the remaining slight mis-alignment will hardly be noticed. 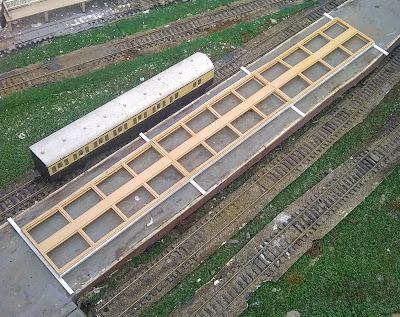 Viewing tends to be from an unrealistically high angle, as from a drone, so minor wobbles are not apparent.
Uno Who Is Electrified 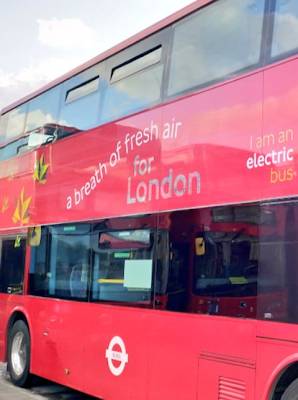 The former University of Hertfordshire bus company (now Uno) has just taken delivery of some electric battery buses. The company has agreed with Transport for London that the buses (for London contracts) may be decorated with suitable PR stuff.
Inside the vehicle's greenness is also promoted! 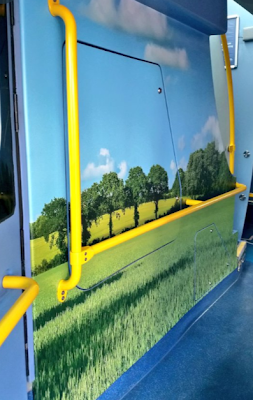 As a result, Londoners will flick in their drives to enjoy the sound of electric silence and breathe in the untainted atmosphere.
Won't they?

Next Darlington blog (plus?) : Thursday 22nd April
Posted by fatbusbloke at 02:00