Correspondent Julian got in touch to remind fbb that the White Bus Company has its depot in Winkfield and operates a notable and unusual service. The company's address is ... 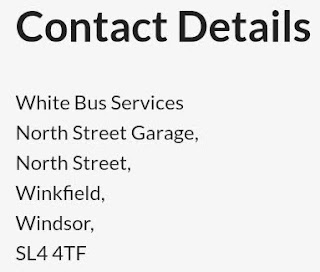 ... on a familiar road. It turns out that White's garage is only about 200 yards from the now closed Squirrels pub. 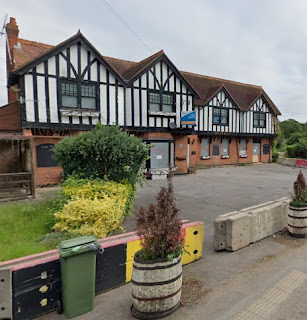 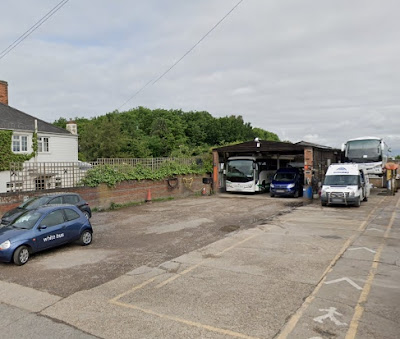 Julain tells fbb that when he used to visit there in his youth to look at the buses, having ridden by bike from Slough, there were more buildings.

There is more to White Bus than meets the eye and fbb will take a look at the company's historic route that ran and still runs between Ascot and Windsor in due course. 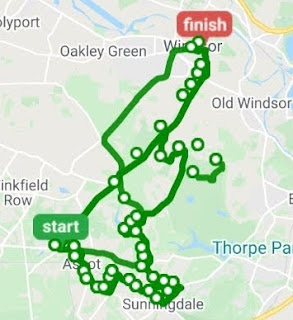 So the depot's address is "Winkfield" but, without a doubt, North Street is in Cranbourne!

There are many Winkfields to choose from. 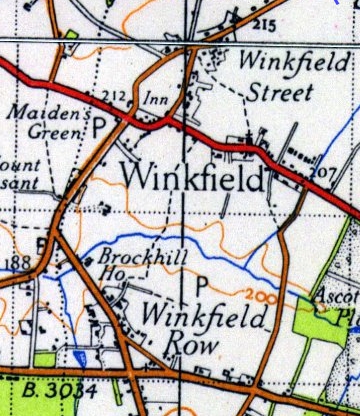 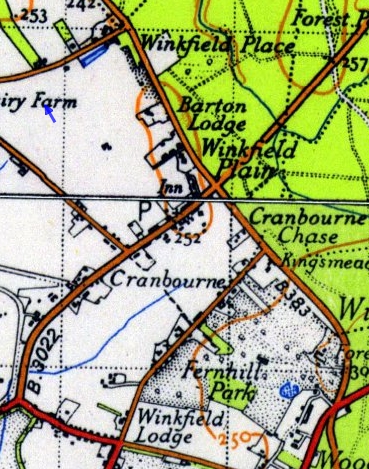 And somewhere in the middle of the map above is our good friend Cranbourne.

But fbb has, at last, got it sorted and will reveal the whole truth about Cranbourne in tomorrow's blog.

More Good News
In today's unprecedented crisis, it is good to see bus companies having the simple sense to work together rather than trying to compete for the very few passengers that are needing to travel to get to and from their work.

Beaumont Leys before the 1970s was mainly farmland and a sewage system ... 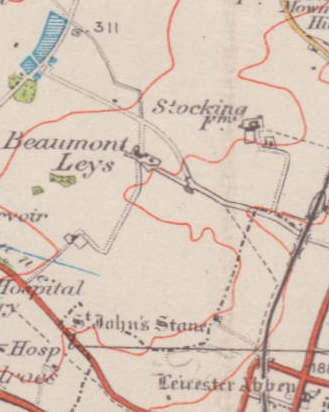 ... but it began to be developed by the council and local private housing companies. The area was largely built from the 1970s onwards, and continues to expand into the surrounding countryside. It includes several large housing estates, industrial areas (including the main factory for Walkers) and a large area of modern housing (some of it known as "Anstey Heights") 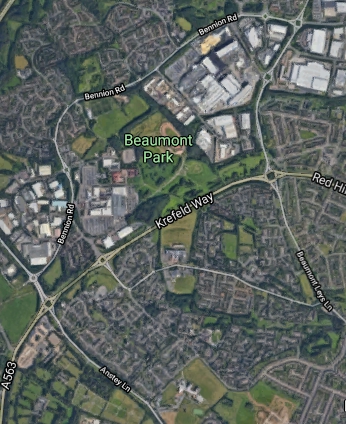 First Bus and Centrebus have both run varieties of service 54 (YELLOW) from the city centre to Beaumont Leys. 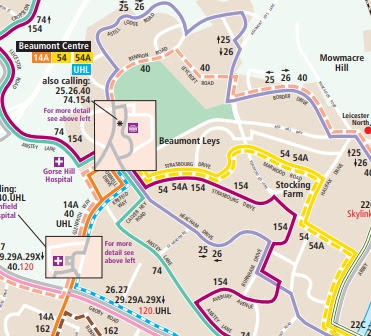 Currently, both operators are working jointly, each company showing both sets of times.

The same applies to part of Centrebus 22A/B and First's 22. 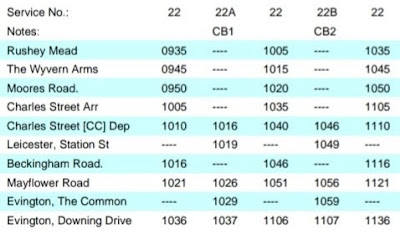 Helping the public - it will never catch on!

On The Other Hand ...
This is T M Travel's "highly successful" service between Sheffield and Bakewell. T M T have developed the service until it runs every 30 minutes seven days a week in the summer. 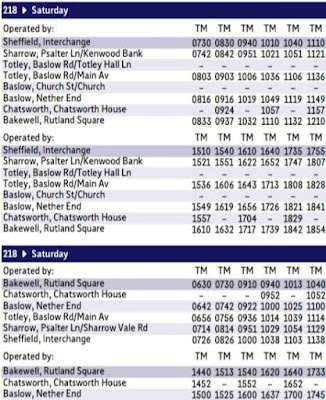 Only on Sundays does the frequency drop to a paltry once an hour in winter.

Once the crisis began to bite, and whilst other operators were standardising on a Saturday timetable on Mondays to Fridays and Saturdays, TMT came up with this shocker.

There were just eight journeys to Bakewell with four short working running locally in Sheffield itself.

But barely a week later, by which time most other services were being reduced to Sunday schedules with extra early morning trips Monday to Saturday, TMT announced a further cutback ...

... to an unbalanced provision.

Nothing now on Saturdays to supplement the nothing on Sundays.

Finally, from this week the service is suspended completely. TMT have said they will be providing an "essential" school trip from Sheffield and back serving Lady Manners School in Bakewell which remains open for "vulnerable" pupils.

This is due to return at the end of the month i.e. after the Easter school holidays.

There may be any number of reasons for this draconian reduction to zero. Certainly the route was popular with visitors and walkers at all times of the year and Chatsworth House is, of course, closed.

The service is largely commercial, so there is little or no tender money to pay the bills; but has the industry not been promised support from Government (i.e.ultimately from you and me!!!) to keep routes needed by essential workers going?

Presumably there are no essential workers who need to get from Bakewell to Sheffield or vice versa?

Or is T M Travel teetering on the brink of collapse?

One thing is certain - it is tough out there.

1  There is no doubt that God has largely been airbrushed out of Public Life whilst many individuals seem to think they have no need of God. Many have been "persuaded" to reject God with little or no idea of what they are rejecting.

2  Everyday life is packed with idols of all shapes and sizes; money, celebrity, status, the me, me, culture. We are encouraged to follow all sorts of spiritual "crazes" as a more "meaningful" alternative to God.

3  Misusing God's name is normality for the majority - OMG indeed! But we wouldn't "swear" using Allah because that would be offensive!

4  There is a growing concern over mental heath, stress and allied problems. Yet God gave us a scheme which involved one day's complete break from the weekly grind but we have managed to fill it with more of the same.

5  It is interesting that it has taken this crisis to encourage us to support "our neighbour" in the broadest sense -  but, in general, we have not been very good at putting others first - and if we have shown great consideration it is only after we have made sure we are OK!

Of course, the above may be viewed as cynical generalisations.

But, one way or another, we have been pretty bad at even considering the acceptance God's Covenant.

On Sunday, Maureen, an elderly (even more elderly) friend of the fbbs was watching the 1956 epic "The Ten Commandments" on the telly.
It is a highly unrealistic over-the-top representation of what the Bible actually says (e.g Moses staggering down the mountain with a couple of gravestones) but it retells the overall narrative well.

Maureen commented to her daughter that today's crisis reminded her of the Ten Plagues (remember the Biblically incorrect green dust?) and made her wonder whether the mess we are now in (and seem to always be in!) might have something to do with not keeping the Ten Commandments.

Maureen is not a committed church-goer.

What would God offer as his "half" of the Covenant if we did keep to our side of the deal?