For the record, Reading Buses suspended the 702 (Legoland to London) on Monday last 6th April ...

... but the 703 is still running as far as fbb can tell. The company web site has a geographically "accurate' map of the 703 (Hooray) but is a Google maps overlay type (Boo) and it is AWFUL!! 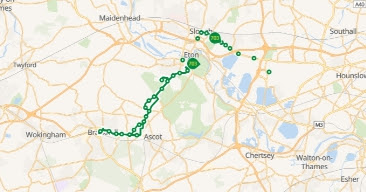 It is still awful if you enlarge it ... 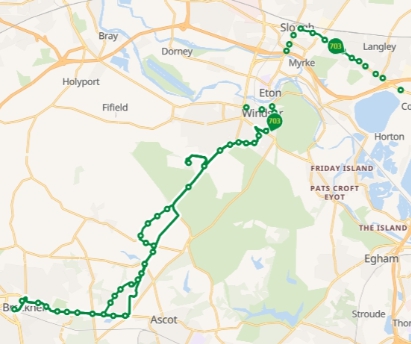 ... but you now get little 703 icons trundling around. The only names apparent at this stage are those on the underlying map, namely the larger communities which may, or may not (Ascot) be in the 303 route. Note also the terrifying time warp between Windsor and Slough where the green line (or Green Line) buses evaporate and leap across a bus-less emptiness.

When fbb returned to the task a day later, the lines had disappeared leaving a wiggle of disconnected dots. 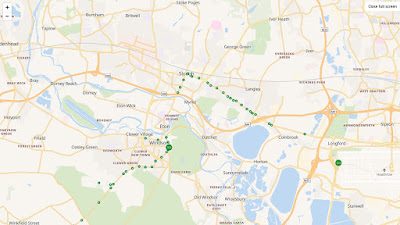 If you continue to enlarge, these dots turn into blue blobs. 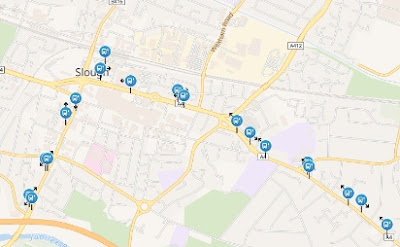 Prod one of these with your pointer and you get the stop name ... 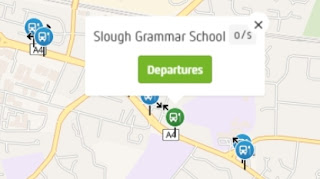 ... and prod the departures button and you get the next few departures. 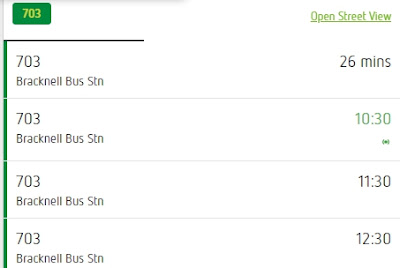 This outworking of modern timetabular technology is impressive indeed, but not much use unless you first KNOW which blue blob to prod. Pre-prod there are no names along the line to even offer the user a clue.

Is the map accurate? Surely the computer can, in some unfathomable way, discover exactly which roads the bus uses and drawn an accurate map. Well, it can't between Windsor and Slough, but what about in the hidden hinterlands of Ascot? 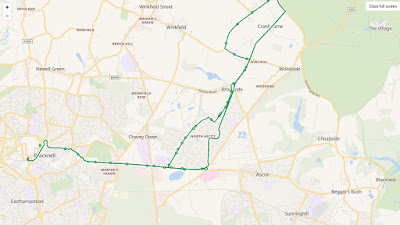 The Hospital is bottom right where there is a little turning circle. 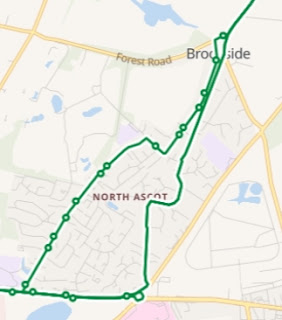 That is the roundabout at which the 703 will disgorge you for hospital visits ... 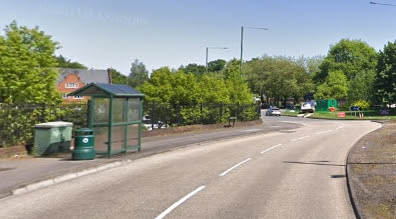 ... whence you must toddle around the roundabout and straight on towards Ascot and there you will find the entrance. 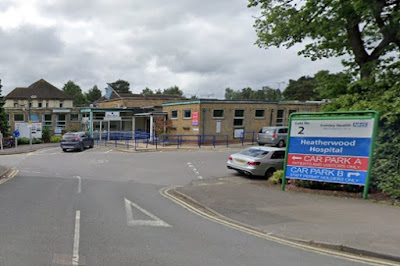 So far, so good. Before dealing with the rest of the map, let us take a quick glance at the timetable. Aha! Some buses run non stop (presumably) between Legolamnd and the hopsital, so they are the wiggly green line going north from the roundabout. This route takes you via Burleigh Road ... 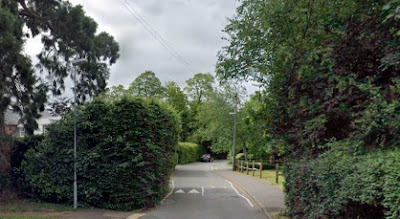 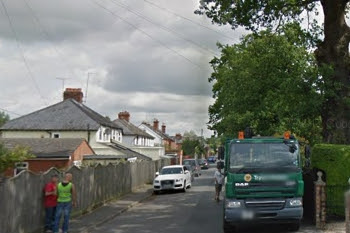 ... before joining the A330 Winkfield Road and the other "half" of the route. 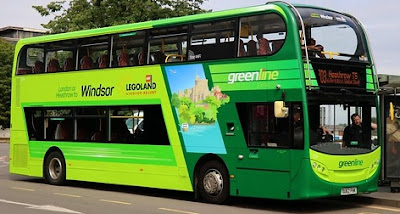 Maybe they have had the tree-lopper out since Goodle Streetview drove the route? 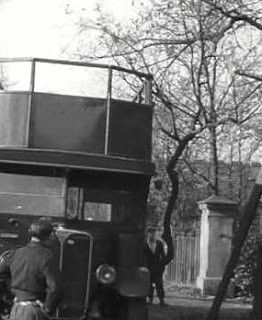 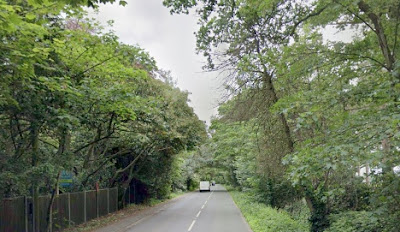 The blurb about the route changes did say "main road". 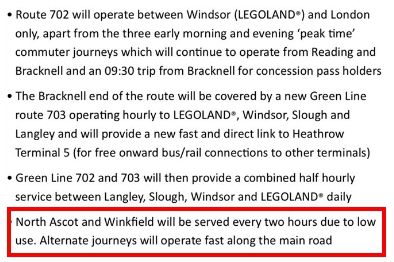 To save too much confusion, fbb will reveal that half the 702s do a double run to Heatherwood Hospital, then trundle through North Ascot, Brookfield and, so we are told, Winkleigh.

The others run non-stop and, yes, via the main roads and most definitely NOT the wiggly bit shown on the map.

In one sense the silliness doesn't matter as the buses don't stop there; but maps and timetables are all about confidence and comprehension which, surprise, surprise, fails again at "Winkfield".

But it took fbb several cups of tea (not Sherlock Holmes' pipes) to sort it all out in preparation for his diagrammatic cartography.

Google overlay maps may look like an easy option but they are rarely much use. A map drawn by someone who knows where the buses go and which are the main stops will always be better, it will always add confidence to comprehension.


The Day When Nothing Happened ...

The body was placed temporarily in a borrowed tomb to allow the rules of the Sabbath to be obeyed. The formalities of pre-burial embalming would have to wait until Sunday. Sabbath started at sunset on "Good" Friday.

The authorities were anxious to prevent any jiggery pokery with the body, so guarded the tomb.

Which gives us the opportunity to look at a particular word that features strongly in the Christian message.

Repent comes from the Latin "poena" (as in "subpoena" and "penal") and in about 1300 this word had the meaning;-


Repent doesn't just mean being contrite or saying sorry; it implies doing something positive about life and attitudes. It implies, to coin a phrase, a change of heart AND PURPOSE. 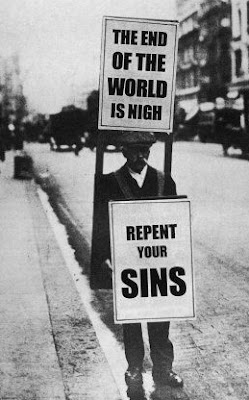