In 1792, one William Newbould (entrepreneur), build a house in open country west of the Sheffierld suburb of Broomhall. He named his property Broomhill because is was up the hill from Broomhall. The slightly flatter land a short way further west was a race course until the mid to late 1700s. 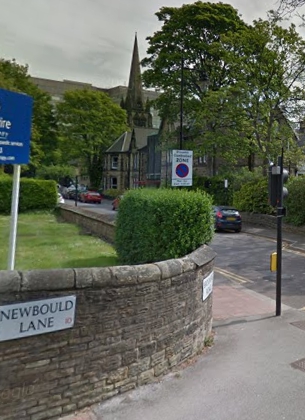 As the suburb developed, the name began to be used for the whole developing area. 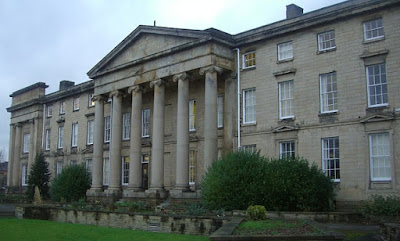 The Mount was built by the local architect William Flockton in 1830 to 1832. At the time of its construction it stood in a rural situation and was nicknamed "Flockton's Folly" because it was thought to be too far out of town to attract potential buyers. Flockton was in fact emulating the trend set by Bath’s Royal Crescent and London’s Regent's Park in constructing a building that looked like a country mansion but in fact contained several separate dwellings.

The mount still stands as a protected building, now much hidden by trees and spoiled by an ugly car park in front ... 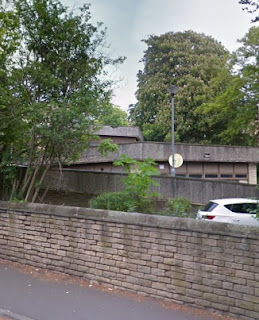 ... and modern offices behind. 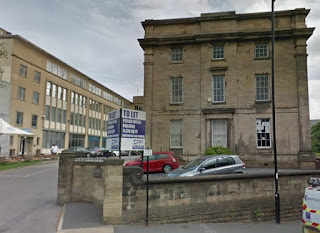 Before its recent "to let" signs went up the building had a variety of "office" occupants.

In July 2009 the building was let out to A+ English, a Sheffield-based Language school who carried out an extensive refurbishment before opening for business in September 2009. The building has 1,385 square metres of floor space on three floors with an integrated basement car park. The Mount is owned by Aviva, the parent company of Norwich Union.

But the original architect was right; and the wealthy industrialists flocked on (groan!) to the hill above Broomhall to enjoy the fresh air, leafy views and superior shopping facilities that developed on the Fulwood Road. 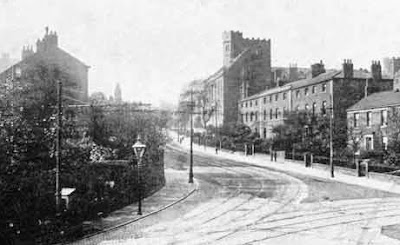 At Crookes Junction (still so called today although the tram junction disappeared in the 1930s) trams to Fulwood went straight on and "cars" to Crooked turned sharp right. 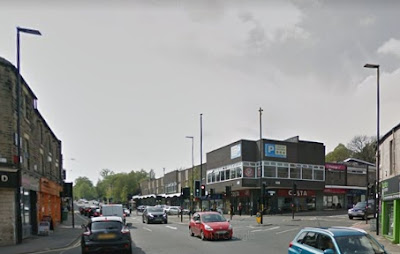 Here is a Fulwood tram approaching the junction from the opposite direction (Fulwood Road) to proceed to the city centre; and below the same scene today. 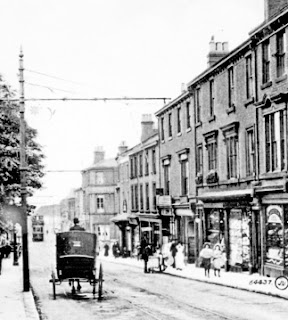 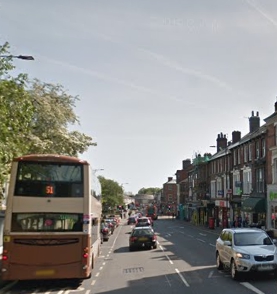 The chimney stack on The York Pub at the top of Glossop Road, where the replacement Fulwood buses turn right, is a pointer to the matching of the two images.

And here, a tram from Crookes to city approaches where the junction was. 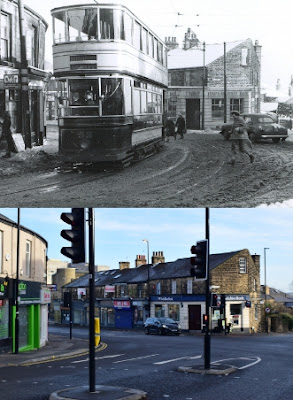 In the old picture, note the

sign (centre left). The present bus stop is round the corner to the left on Whitham Road. No one bothered about blocking the road junction back then!

John Betjeman once described Broomhill as "the finest example of a Victorian suburb in England" and celebrated it in a poem entitled "Broomhill On Sunday".

High dormers are rising
So sharp and surprising,
And ponticum edges
The driveways of gravel;
Stone houses from ledges
Look down on ravines.
The vision can travel
From gable to gable,
Italianate mansion
And turretted stable,
A sylvan expansion
So varied and jolly
Where laurel and holly
Commingle their greens.

It's a type of rhododendron! 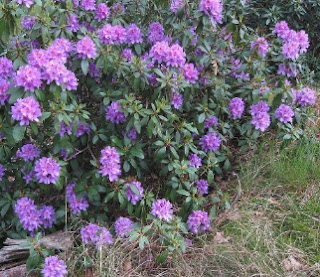 However enthusiastic the good Sir John may have been for Broomhill's dormers and turrets, he was not at all familiar with Sheffield'as tram network. The poem continues:-

Serene on a Sunday
The sun glitters hotly
O'er mills that on Monday
With engines will hum.
By tramway excursion
To Dore and to Totley
In search of diversion
The millworkers come;
But in our arboreta
The sounds are discreeter
Of shoes upon stone -
The worshippers wending
To welcoming chapel,
Companioned or lone;

Today's main bus services to Broomhill are very similar to routes of old. The 51 (YELLOW First) was an upstart newcomer, Sheffield's first ever motor bus, running in 2013 from the bottom of Manchester Road to Lodge Moor Hospital way out on the wild and desolate moors. Subsequently extended through to city and later cross-city to Gleadless, it follows a slightly different route from the 52.

But there are oodles of buses between Sheffield Centre and Broomhill; even after the Virus cut-backs there is still far too much capacity.

We will look in more detail tomorrow.

Danger Averted In Peterville
Work proceeds apace on the refurbishment of the scenery at Peterville and, in particular, the poor residents of the end terrace property no longer have to risk a perilous fall down the chalkface to a possible demise in the railway yard. 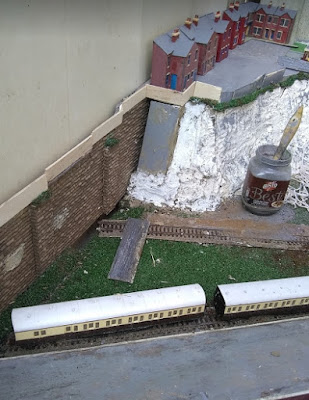 A piece of the old wall is seen at track level. The replacement wall with be "plated" with red brick to match the houses and the old "stone" wall sections will be "recycled" around the church.

NHS In  Relaxeed Mood?
A group of hospital workers have enjoyed the break by re-creating the famous painting "The Last Supper" painted by Leonardo in about 1495.

Leonardo's painting was ludicrously unrealistic but, neverthless, is still regarded as a masterpiece. In reality, folk in Jesus' time would "recline" at table - and not just along one side! 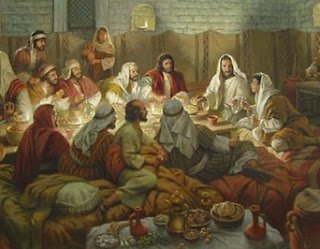 The re-staged NHS version was, presumably, set up before the current PPE crisis.

Next Broomhill blog : Tuesday 28th April
Posted by fatbusbloke at 02:00