On 24 April 1953 the crank axle on the central driving wheel of No. 35020 "Bibby Line" fractured whilst approaching Crewkerne station at speed. The locomotive was a Bulleid designed Merchant Navy 4-6-2; a class of locomotive that was the pride of the ex Southern Railway's fleet.

No person was injured but the station suffered from flying debris. 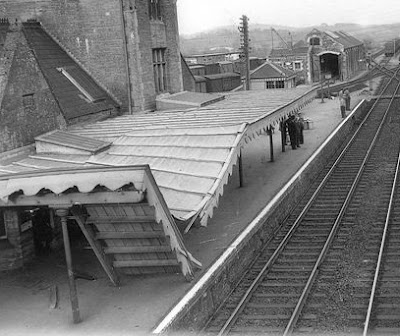 The incident resulted in the withdrawal of all Merchant Navy class locomotives from service whilst the cause was ascertained.

Apart from that incident, the station has had a relatively un-checquered history. The original buildings are intact and in good condition ... 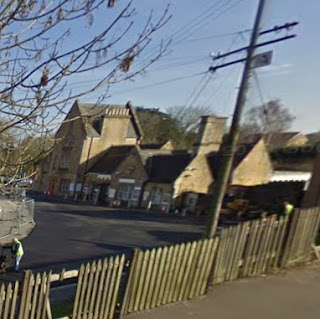 ... and the local community group does a splendid job in promoting that railway. The station is not ideally situated, being a mile or so along the A356 and nearer to the village of Misterton 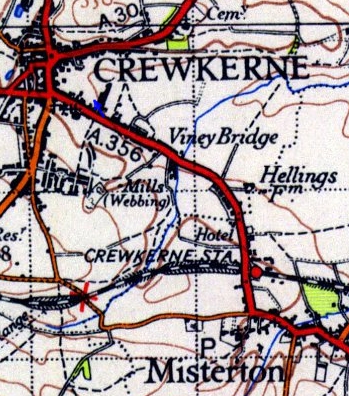 The current bus service between town and station is Stagecoach route 99/99A, running hourl;y Monday to Friday and every 90 minutes on Saturday. 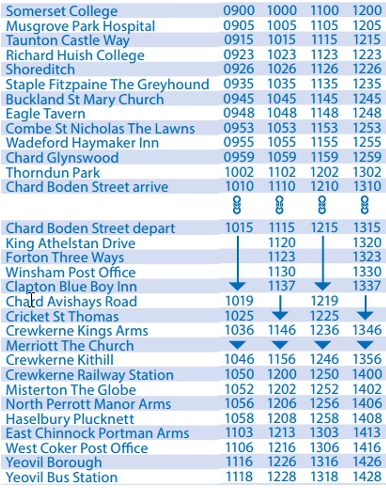 The route(s) fulfil a multitude of functions. Between Taunton and Chard an hourly service is provided via some delightful villages such as Staple Fitzpaine. 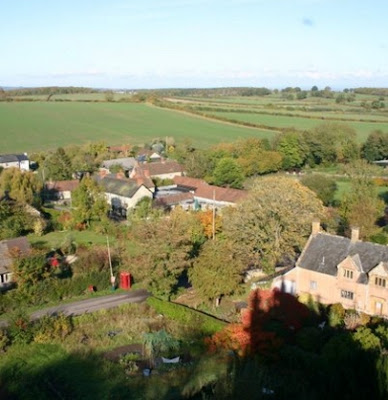 At Chard the route runs via newer housing at Glynswood ... 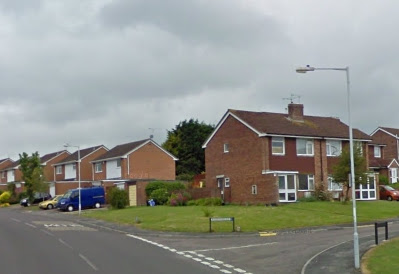 ... and it becomes, effectively, a Chard town service. Between Chard and Crewkerne, the route splits. One leg run via Winsham ... 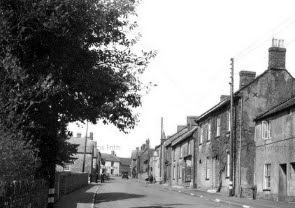 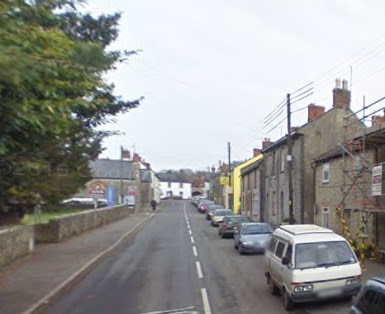 ... which, apart from the onslaught of the motor car, is much the same as it always was. The top snap is from the 1950s, the bottom from today's Google Streetview.

The alternative route is via Cricket St Thomas (the more direct route between Chard and Crewkerne) - the grey line across the top of the map). 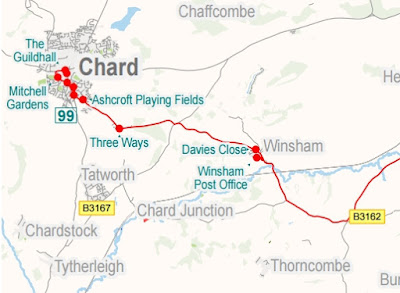 Cricket St Thomas House shot to fame as the supposed Grantleigh Manor in the TV series "To the Manor Born". 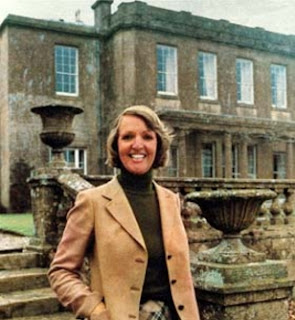 The grounds had a chequered history as a Wildlife Park and as home (briefly) to Mr Blobby. 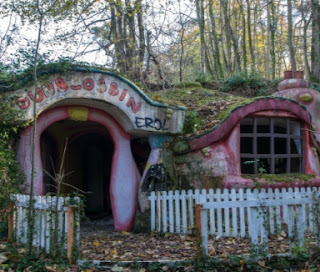 The decaying remains were eventually demolished. The house is now a Warners Leisure Hotel.

A somewhat doctored view of the porticoed entrance to the right was used as the opening caption for the programme. 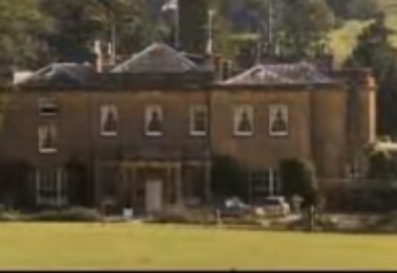 But back to the 99 and 99A bus. The two routes continue to form an hourly service via Crewkerne Station, Misterton and on to Yeovil. 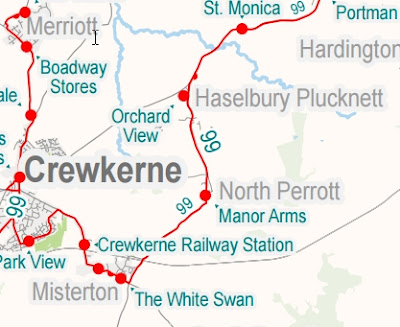 They run via the deliciously named Haselbury Plucknett!

The first part of the village name means a hazel grove and the second part from the name of its medieval owners. Saint Wulfric arrived in the village in 1125 and was visited by Henry I and other nobility. He died in 1154 and was buried in the east end of the north aisle of the church, which became known as St Wufric's aisle, but there is no trace in the current church. 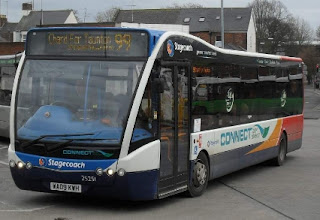 ... and the good folk pf Crewkerne are far from happy.