A Fantastic Non-First First with Fudge [2]

And, Talking of Fudge 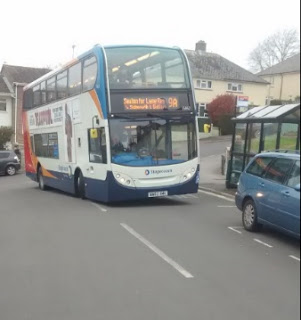 fbb plus No 1 son and No 2 grandson have travelled in party atmosphere from Seaton to Lyme Regis on the very first Stagecoach 9A. They have arrived at the Kings Way terminus. 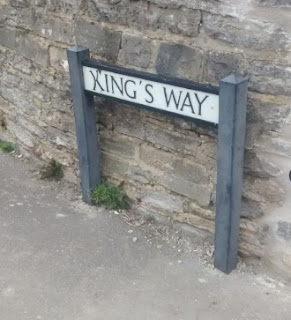 Therein lies a problem. On the road sign it is clearly Kings Way, even with a grammatically correct apostrophe in King's. In the Stagecoach leaflet it is shown as Kingsway - one word.

Does it rally matter?

Well it might, if you are searching for the stop name in, say, a journey planner.

So let's see what happens. Here is Traveline on an enquiry for Sunday, the same timetable as Monday's bank holiday service. 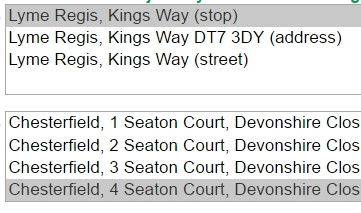 Oddly, you have to enter simply Seaton and then choose the Devon option on scroll-down. 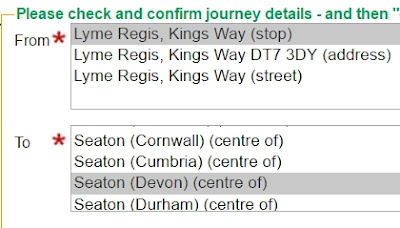 Only then do you stand a chance of an answer. And there is the bus which fbb was sitting on, waiting to depart. If you follow Stagecoach publicity and ask for Kingsway (one word) ... 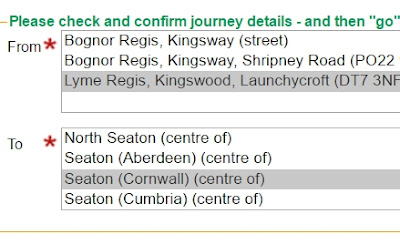 ... you get something you don't want. 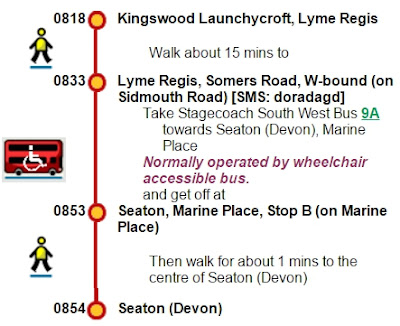 Kingswood Launchycroft is nowhere near King's Way. There are other problems with the Sunday service which need further attention; a blog which will appear tomorrow.

But fbb and part family are now on their way back to Seaton; but not for long. Lyme Regis has a serious traffic problems. Church Street is very thin.

Lo and behold the 9A found itself behind a bin lorryin active service (on a Bank Holiday!!) ... 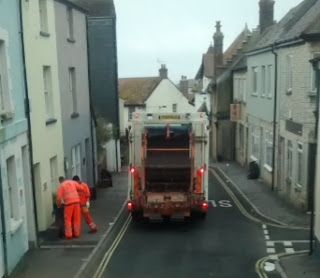 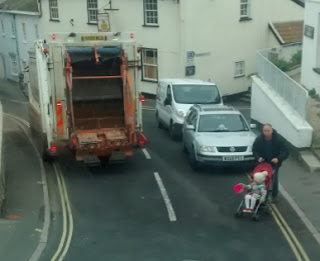 ... followed by a Tesco delivery van. 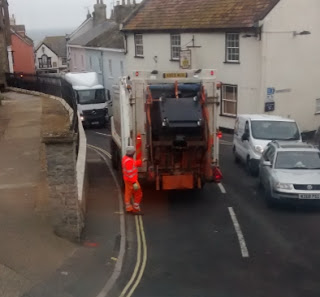 Fortunately this particular Stagecoach bus had a width-shrinking lever in the cab, and, combined with Dylan the driver's consummate skills, we squeezed through with a minus number of inches to spare. Much excitement for 12 year old No 2 grandson.

Thanks to some rather strange timings, there were six minutes to wait at The Square. 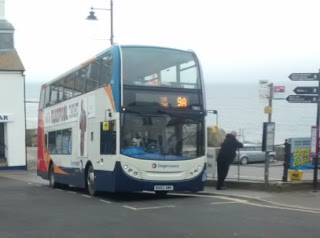 Time for Eve to take some more photos ... 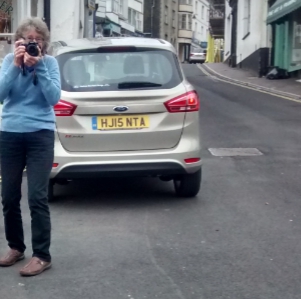 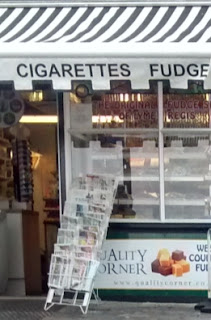 Portions were consumed as the 9A set off again for Seaton. Photograhper Eve declined the treat whilst fbb, never keen on such fattening delicacies (joke!), was uneasy about the purple colour of the confection. 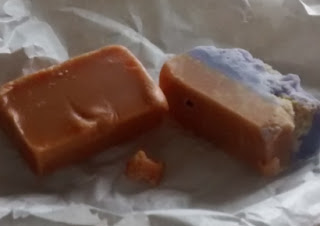 It was, readers may be surprised to hear, blueberry flavour - but it wasn't; it tasted just like the lump of fudge flavoured fudge. Of course, in the interests of journalism, fbb had to try both.

But Eve expressed a more serious problem. "It is not surprising," she said, "that there are no passengers; there has been no publicity." Yesterday, fbb reported that he had asked for leaflets to distribute and none had appeared. Even happened to be in Exeter and picked up a leaflet at the beginning of last week. Leaflets did not appear in Seaton until, effectively, last Wednesday.

There has been nothing at all in the local press; and, as we shall see, effective announcements on the Stagecoach web site have only arrived very recently. Eve reported that she could find nothing on-line earlier in the week.

The GoTimetable Seaton app has been available for three weeks and has provided all the details since then; indeed on Monday (2nd May) it was heralding the first day ... 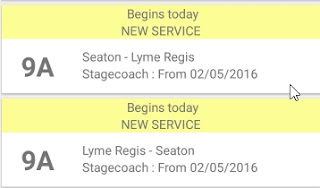 ... and giving a clear warning that the 9A's predecessor has gone. 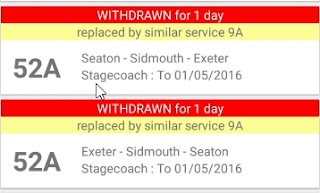 Leaving the "withdrawn" note in place for a few days is designed to provide a link for occasional but knowledgeable customers who are expecting to travel with the old number. The GoTimetable team is considering how long to leave this reminder in place.

But soon the journey was over and the fbb gand alighted just ouside the Axe Valley depot with jovial farewells from all concerned. "Thank you for your custom and your company," said Dylan.

And so farewell to the first ever Stagecoach through bus from Lyme Regis to Exeter. 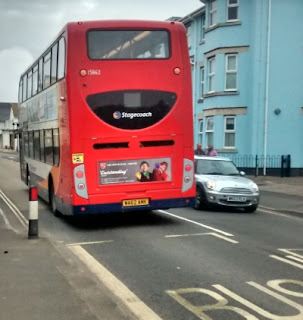 
Next 9A information blog : Thursday 5th May
Posted by fatbusbloke at 02:00