fbb's Jinty had wheels all Squinty

Currently a goodly number of our pals from across The Pond are reading this blog. fbb can't think why! But the word "Jinty" may be a mystery. It can be a girl's name; is is used in the so-called "gay" community, but for any self respecting UK rail buff, it is a small steam tank locomotive. 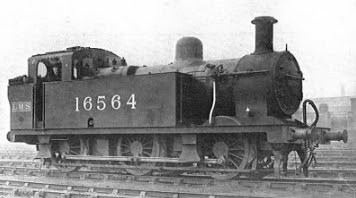 Design of this class was based on rebuilds by Henry Fowler of the Midland Railway 2441 Class introduced in 1899 by Samuel Waite Johnson. These rebuilds featured a Belpaire firebox and improved cab. 422 Jinties were built between 1924 and 1931; this class was just one of the Midland designs used on an ongoing basis by the LMS. The locomotives were built by the ex-L&YR Horwich Works and the private firms Bagnall's, Beardmores, Hunslet, North British and the Vulcan Foundry.

Some preserved railways paint their Jinty blue as a version of Thomas the Tank Engine. 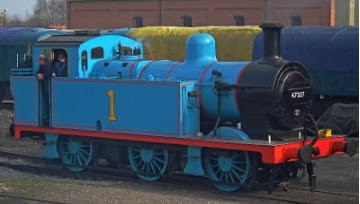 In fact, Thomas was based on a London Brighton and South Coast Railway E2 class. 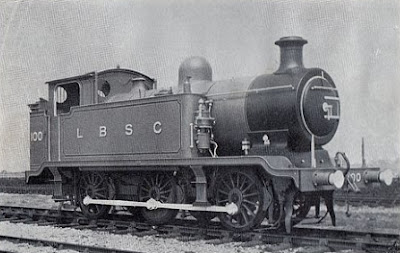 Many blog readers will be either mystified or yawningly unconcerned about the difference; but difference there is.

Triang introduced a crude model Jinty for "00" (4mm to the foot) gauge in the mid 1950s. It was really clunky by today's standards, with very little detail and solid wheels. But the buyers loved it and it was cheap! 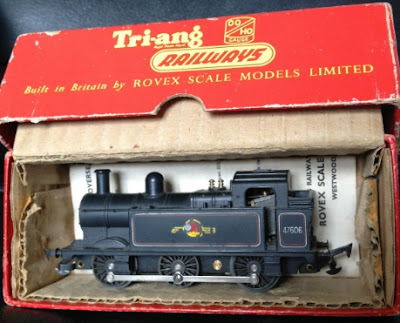 When Triang introduced TT gauge (3mm to the foot), their first loco was an equally crude Jinty. 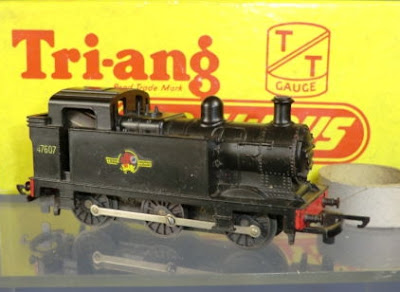 Later versions after the Hornby reverse take over were much improved ... 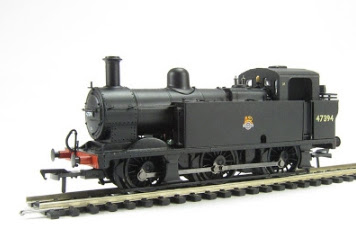 It comes with brake pipes. open rails round the coal bunker; and ...

... a good representation of the rodding that links the brake shoes together.

So fbb bought a Hornby Jinty, second hand, at £21. By today's standards this was farcically cheap, with pre-owned small tanks retailing at around the £60 mark.

But it didn't work! Had cheapskate fbb bought a pig in a poke? The little loco would whizz happily round the test circuit at the model club and then come to a shuddering halt with the wheels and the connecting rod askew and locked solid. 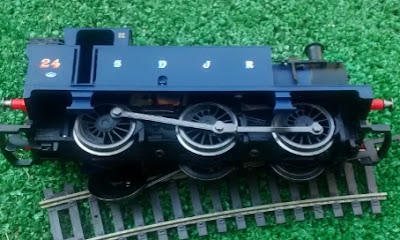 The problem became obvious when fbb turned the loco over and looked at the other side. 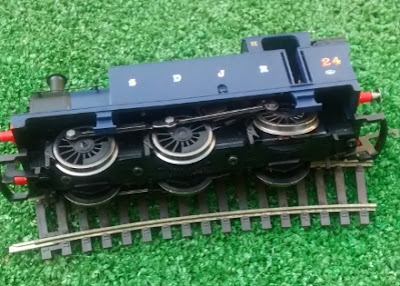 A wheel had fallen off.

A little dribble of cyanoacrylate ... 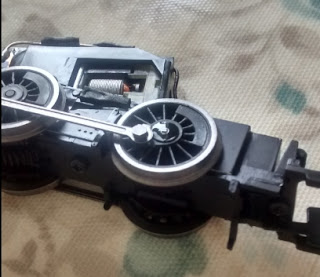 ... with the wheels and con-rods correctly aligned (of course!) and all is well. fbb's Jinty is no longer squinty. 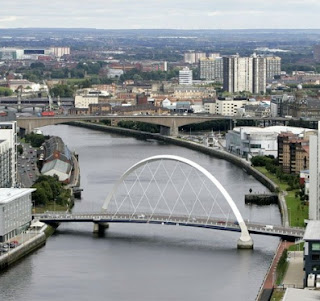 ... is known as the Squinty Bridge. 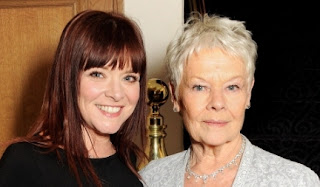 ... daughter of Judi Dench, is actually named Laura. Finty was a childhood nickname which became permanent!

And to complete the model Jinty saga, you can (or could|) buy an "O" gauge kit (7mm to the foot) from Tower Models... 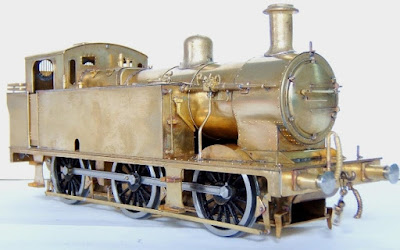 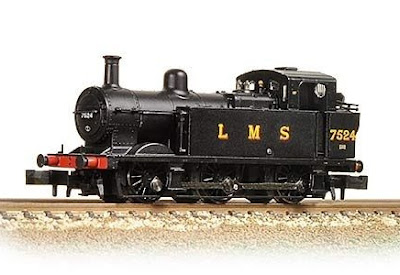 Both brands are part of the Bachmann group.

Next Crewkerne blog : Tuesday 31st May
Posted by fatbusbloke at 02:00