But Fragile For Forward Forays

The "old" (Summer 2015) X53 provided three through journeys between Exeter and Poole; the full "Jurassic Coaster". 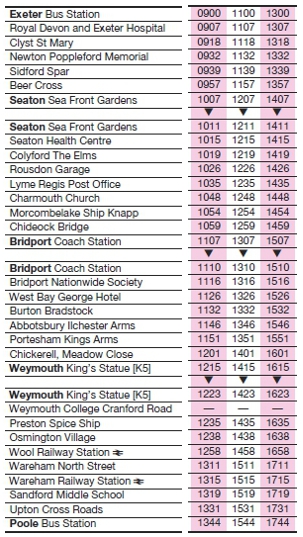 And three full-length runs in the opposite direction. 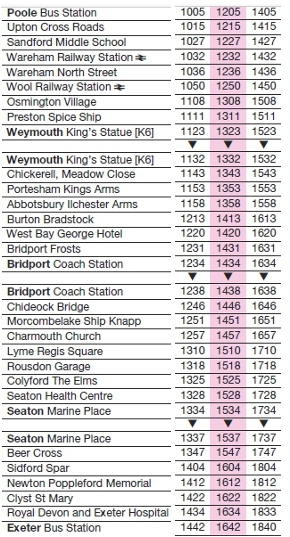 Indeed, if your dedication to bus travel was extreme (or insane!) you could catch the 0900 from Exeter, enjoy 21 minutes in Poole and get back by 1840. Whilst few would tackle the round trip, many have done the trek in one direction linking the opposite leg by train. Umpteen years ago, fbb travelled from the Isle of Wight via Westbury to Exeter, then X53 to its original terminus at Bournemouth and back to the Island.

Sadly such through journeys are nowless avaialble and connections are very poor. There are two "through" paths from Exeter (one not available on Satyrdays) ... 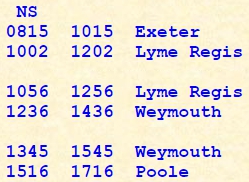 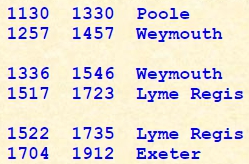 The schedules offer plenty of opportunity for refreshment breaks and breaks to get rid of some of the refreshment! But "cross-border" travel is not likely to be too popular. But fbb was catchng the 1336 from Weymouth with a five minute change at Lyme and an opportunity to have a look at the X52 back to Seaton

There was the X54, enjoying its leisurely layover right next to the X53 stand. 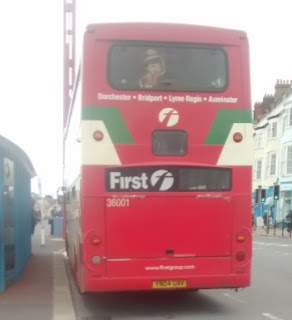 If the timetable is correct, the X53s arrive at Weymouth at xx36 and depart at the same time. fbb's bus was a couple of minutes late arriving and then had to load a respectable 30 excited souls. 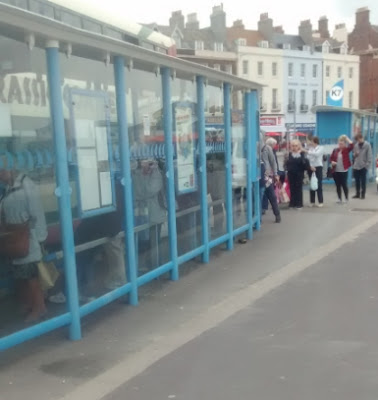 The consequence of a 5/6 minute late departure then materialised spectacularly at Abbotsbury. The "to Wemouth" working passes at xx09; fbb weas due past at xx04. Guess where the twain were to come together? Here at the junction of Rodden Row and Church Street ... 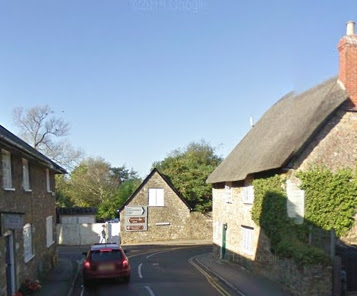 ... where the main road turns sharp eight for West Bay and Bridport.

Buses need the full width of the road to make the turn ... 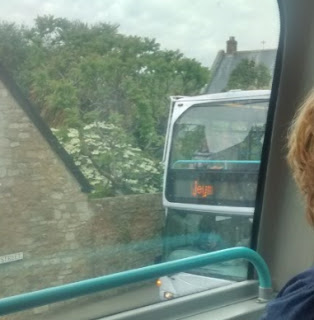 Fortunately on-coming 1409 had enough room to back up a bit and the 1404 was able to reverse down Church Street (on the left). 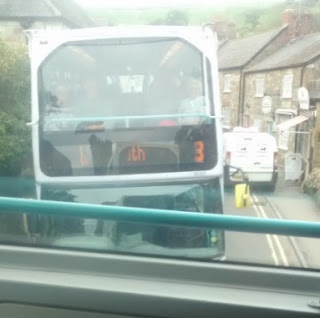 After a certain amount of mutual shuffling, the manoeuvres allowed on-coming to be on-going and, with a little more delay, fbb's vehicle proceeded towards West Bay - arrival 12 minutes late. Here another clutch of passengers ensured that departure was 15 minutes late.

In fact the X52 was running late as well, but frustratingly as fbb turned into Bridport Coach Station the X52 turned out. Connection missed. Also on board was a lady "of mature years" who was travelling all the way from Poole to Exeter complete with huge case and only slightly less huge hand luggage. (So there are a few who do!)

She was not at all pleased!

The admirably patient driver advised 9A from Lyme Regis but did not know the times. In steps fbb, already prepared for this particular back-up. "1535 from Lyme Regis."

The X53 stopped at the Square in Lyme at exactly the time of the 9A of which there was no sign. Mrs Lotsa-Luggage asked fbb three times when the bus was due, then attempted to read the timetable, then accosted three other waiting passengers. They were not from Barcelona but, in true Manuel style, they knew nothing. By now she was in full panic mode. 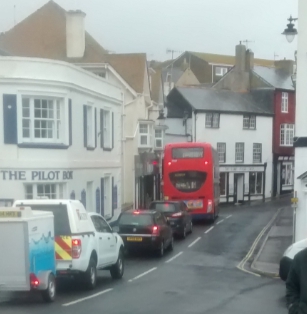 It was, of course, the first day of Devon County Show at Westpoint. 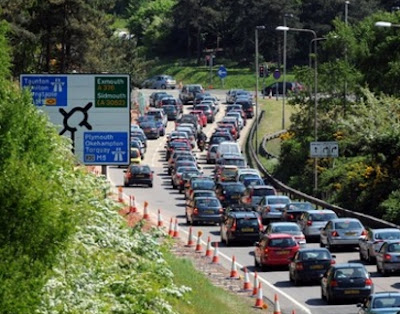 Westpoint is on the A3052 just outside Exeter.

Whilst waiting for this excitement to evolve, fbb was then accosted by two "little old ladies" with their travel problem. "Why is it," their spokeswoman aggressed, "that the times of the X53 on the computer are completely different from the times at the bus stop?"

But fbb was also able to download the old X53 timetable from which the extracts at the head of the blog were taken. The internet is full of out-of-date stuff; Webberbus is all still there, for example and Mrs Grumpy's X53 timetable is present on:-

plus these which refer. There are many, many others. 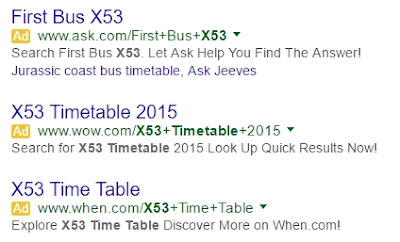 As the dear lady said, "How am I supposed to know that the internet is wrong. I don't know which company runs it, its just the X53. I've never heard of Traveline, what's that?"

She has got a point, you know. But then it is all on the internet!

But there is a deep seated question here. If the service X53 is difficult to run to time on a dismal Thursday in May, what is it going to be like when (if?) we get some sunshine and the visiting holidaymakers seek bus travel?

And talking of corporate on-line information. Here is the twitter output from (Buses of) Somerset as revealed yesterday afternoon at about 1700. Three screens as below. In case the shots are too small for your phone/laptop/tablet, fbb has copied the text below each. Or you can click on the pic to enlarge it.

7 hours ago: Priory Bridge Rd, Obridge Viaduct & Priorswood Rd to the St Andrew Gyratory system, then in to the Rail Station. 2/?

7 hours ago: Opposite direction in to the Station to normal, serving the temp stop. Then via Kilkenny to re-join the normal route on Kingston Rd 3/? 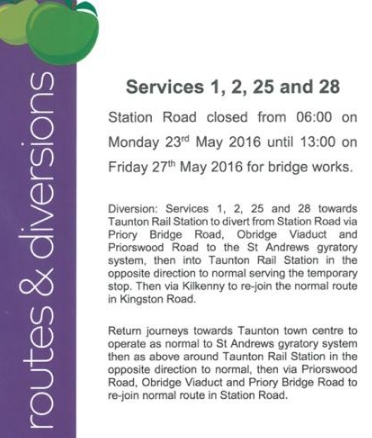 ... which may explain the twittering on the "national" web site. And, yes, it is fuzzy on-line as well.

Tomorrow, running even later than an X53, we will look at a brand new bus station.


Next Haymarket Blog : Tuesday 24th May
Posted by fatbusbloke at 02:00