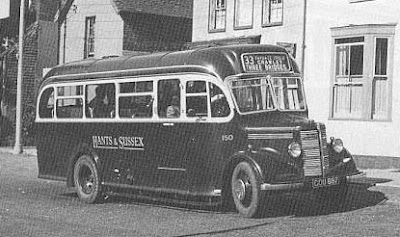 The first Hants and Sussex "group" (owned by Basil Williams) operated buses over a wide area of Hampshire and West Sussex. 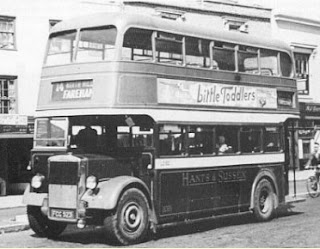 This operation collapsed in 1954 with substantial debts. But the late Mr Williams was nothing if not resolute, and a "new" Hants and Sussex (aka Southern Motorways?) was reborn. The history of the Williams companies is long and complicated and far beyond a one-day blog.

Suffice it to say that, by the eighties, two groups of services were in operation, one centred on Eastleigh and one serving the area round Havant. 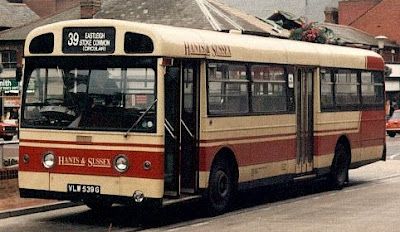 In October 1987, the Eastleigh block was bought by Solent Blue Line on the same day as the southern bit of Hampshire Bus was acquired from Brian Souter.

This left the Havant routes which morphed into Emsworth and District.

fbb's Fond Farewell
fbb was, for a number of years, responsible to the Havant Borough Council public transport web site which closed just over four years ago when Havant joined the Hampshire trendy journey planner. 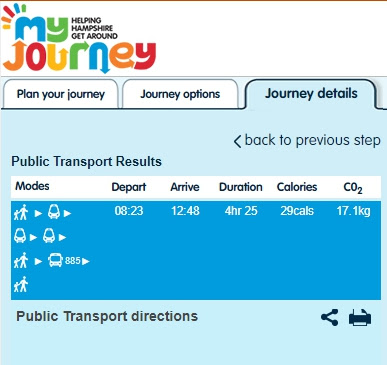 What Havant gained was the essential knowledge that a journey to Seaton Devon would use 29cals and produce 17.1kg of CO2. What Havant lost was easy access to bus timetables. 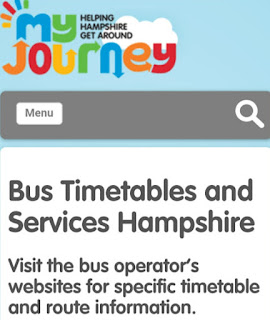 Much to his amazement, fbb discovered that his simple (but non-twiddly) collection of Havant timetables is still there in the ever grasping  hands of the world wide web and, of course, now hopelessly out of date! [www.havant.tbctimes.com]

But it does give a snapshot of the Emsworth and District network in recent history. (click on the map for an enlargement) 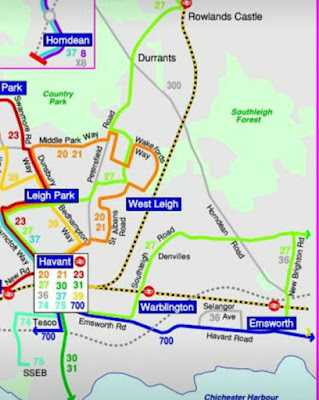 The "main line" route was the 27 (BRIGHT GREEN). This ran every 30 minutes between Emsworth and Havant, continuing every hour to Rowlands Castle. 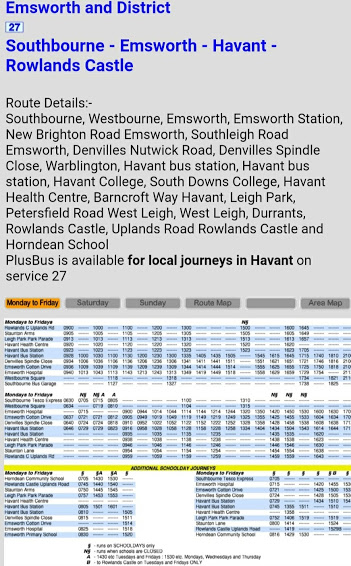 A few trips continued beyond Emsworth to Southbourne and Westbourne. As far as fbb can remember this was a commercial service, run without subsidy ... 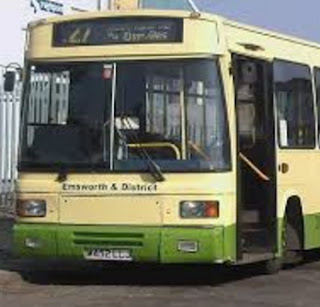 ... although a few journeys may have been "on tender".

Service 36 (GREY) ran from Southbourne to the ASDA at Leigh Park calling at a few bits of Havant unserved by anything else. 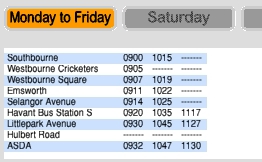 Service 300 (GREY) ran on market days all the way from Denmead to Chichester. 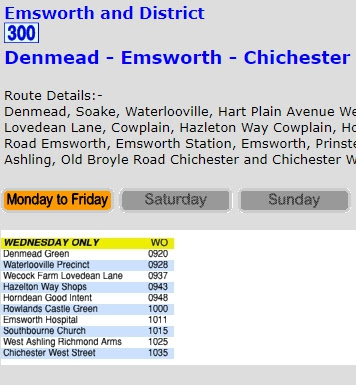 On the map, this leaves the mysterious 75 (MID BLUE) to Penner Road. 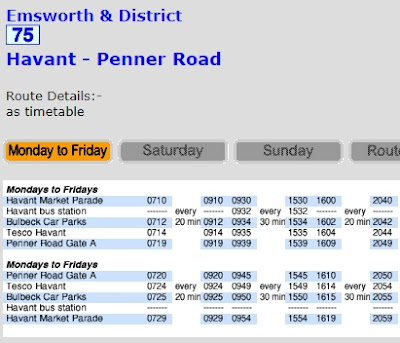 This is a huge industrial estate south on the A27. 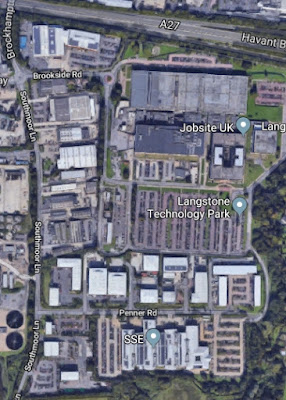 The service was, of course, tendered; the subsidy being funded by some of the works and by Havant Borough Council. (?) 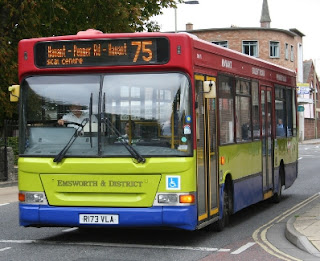 This leaves service 54, running between Petersfield and Chickester. 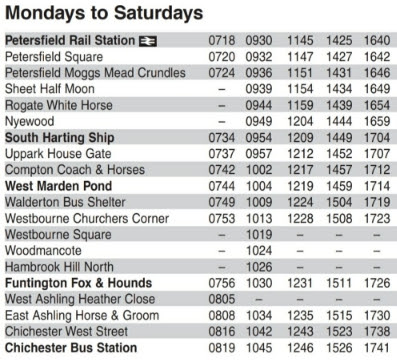 This service did not, technically, serve Havant Borough, so was not included on their web site. 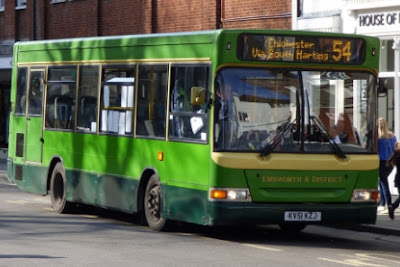 The company also operated a number of school services but fbb has no idea which were commercial or which were subsidised.

As can be seen from the pictures included above, the fleet was almost exclusively second-hand but when fbb was toddling over from the Isle of Wight to Havant, the company looked efficient and in good heart.

So, tomorrow we try to bring the story up to date and, equally trying, we try to understand which services are being cancelled in April!

Some readers may be asking, "What happened to Thorney Island?" 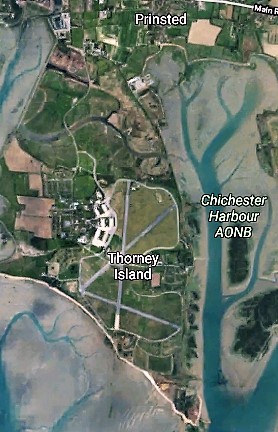 Emsworth and District service 11 once ran to this weird and desolate area. 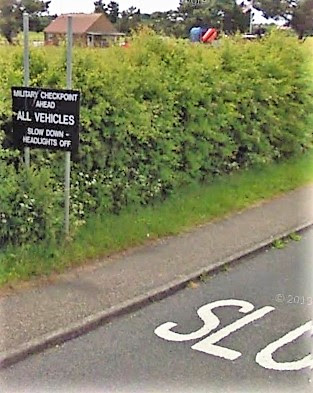 It ceased at about the same time that fbb ceased with Havant.

And an amusing snipped to conclude. Hants and Sussex served West Leigh and East Leigh!

Pause for polite but embarrassed snigger!

Next Havant blog : Tuesday 20th February
Posted by fatbusbloke at 02:00