Thanks to correspondents who have send emails (to fbb@xephos.com) offering further background on the Kings Lynn affair.

One thought suggests an interesting parallel. Norfolk Green effectively saw of First Bus and provided a good, reliable locally run service. Now Lynx would appear to be seeing off Stagecoach whose reliability and quality have declined. Locals appreciate the better quality and reliability of Lynx!

And things are far from stable, potentially, between Norwich and Fakenham. 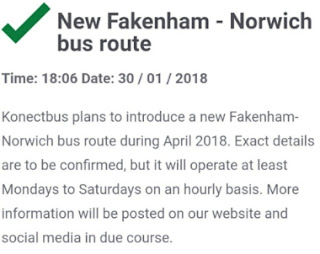 Northampton correspondent Alan has been having an evening out. He visited the Vue cinema at the corner of Marefair and Dodderidge Street, Northampton. 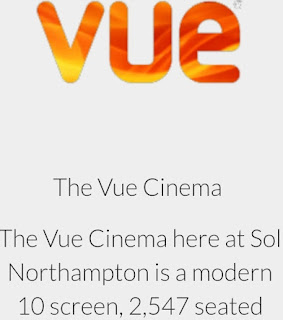 Clearly this entertainment venue was not there when fbb lived near the town. 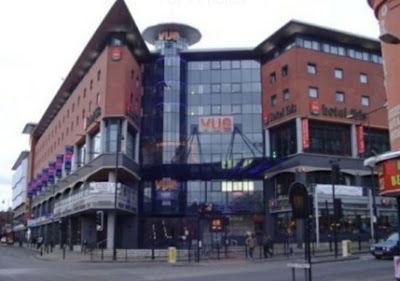 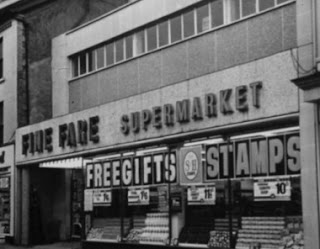 Anyway, just for his amusement, Alan had a look at travel information. 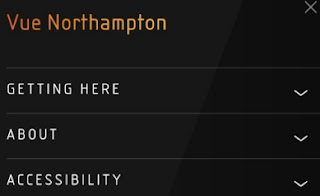 And here is the helpful advice from the go-getting commercially successful Vue group. 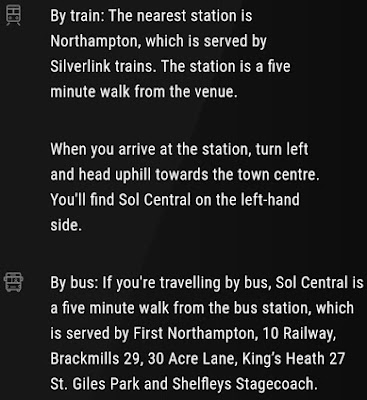 Silverlink? First Bus? About as useful as suggesting a tram from St James, The Square. 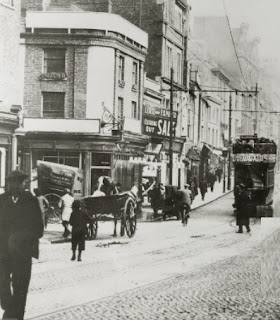 The tram is just outside the Vue cinema equivalent!

Incidentally, This particular First Bus service 10 ran from outside the station building ...

... rather than the adjacent main road stops. It served the General Hospital and should ave been a useful link into the towns shopping areas. In typical First Bus fashion, it was never publicised or promoted in any way and disappeared very quickly.

Looking Back At Lincoln
Whilst in reminiscing mode, fbb recalls his first visit to Lincoln by train when he was nobbut a lad. It was on an East Midlands Ranger ticket and he train ran from Nottingham (Midland) as, indeed, it might do today. 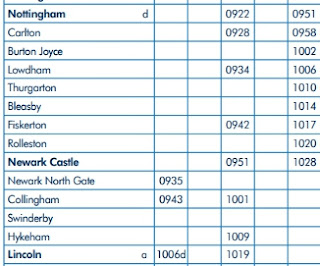 But there is a difference. Until the mid 1980s, trains from Nottingham arrived at Lincoln St Marks, named after the church demolished in 1971. 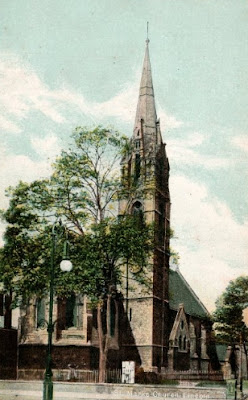 From fading memory, the station seemed somewhat tatty as the young lad arrived in his green DMU. 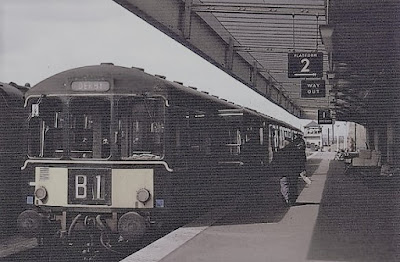 But the frontage was built in pseudo-classical style ... 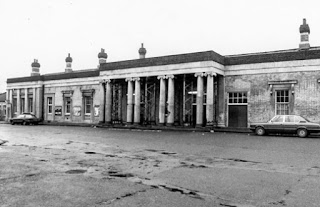 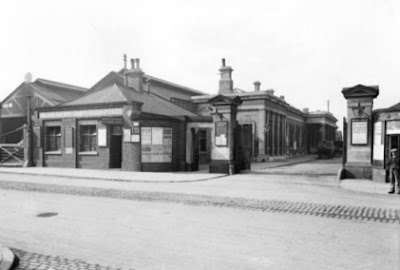 Note that, until the 1950s it had a superb overall roof. But, joyously, the buildings were not demolished and are now an Argos store. The station was closed in 1985. 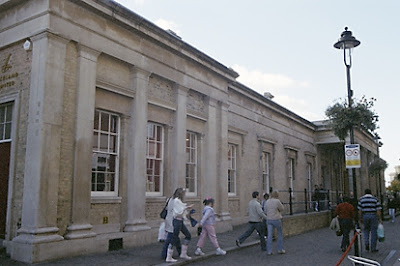 Inside the newly added entrance to Argos is the framed picture of the station as it was, complete with overall roof. 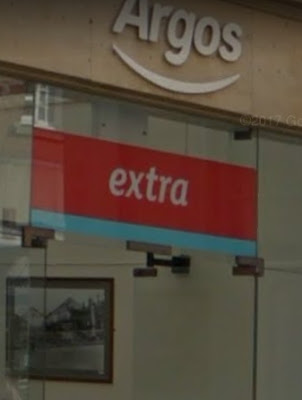 As a further aide-memoire the management office for the shopping centre built onto the old station is in the form of a signal box ... 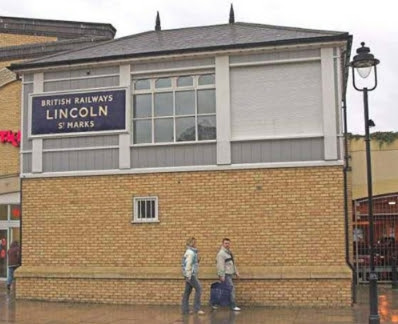 ... complete with a genuine St Marks station name board.

To get trains into Central station (now just called "Lincoln") a new curve was built  from the line from Nottingham (bottom left) ... 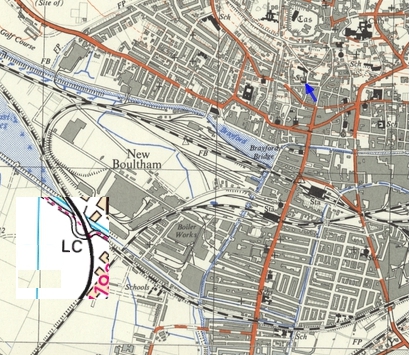 ... allowing trains to wiggle and thus bringing about the closure of St Marks. A former farm track also had to be "wiggled" via a level crossing (LC). 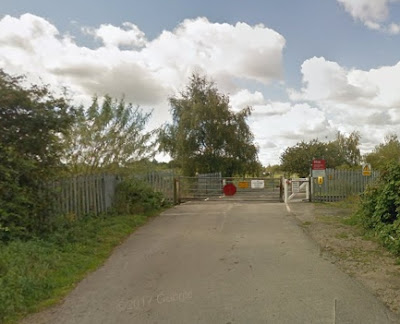 Another One Bites The Dust
A report in the trade mag Bus and Coach Buyer (BCB) reports the demise of yet another coach business. 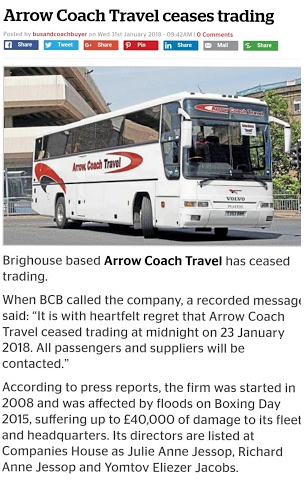 On Yer Bike?
fbb was upbraided by Alan (Northampton) for writing this last weekend:- 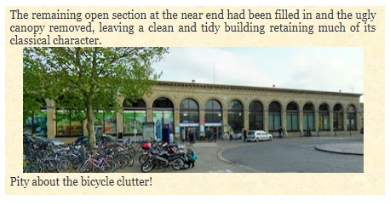 "Of course there are bikes," he opined, "It's Cambridge!"

True of course. But a local new item will please those who enjoy two wheeled travel.

Cyclists in Cambridge have welcomed the opening on of Britain’s largest dedicated cycle parking facility – although there have reportedly been some teething difficulties. 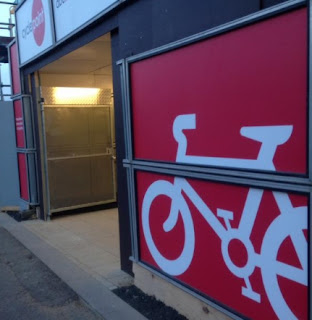 Located next to the city’s railway station in a building that will eventually house a Hotel Ibis, still under construction, there were initially more than 1,500 spaces available on the ground floor, all of them free to use. 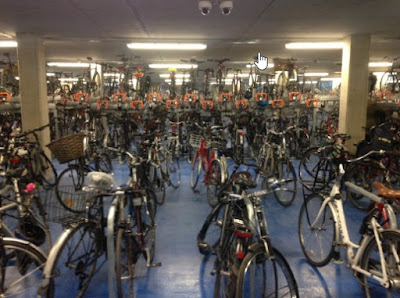 From eventually that will increase to a full capacity of 2,850 cycle parking spaces, and a bike shop has also opened, operated by Rutland Cycling, which recently bought Cambridge-based Station Cycles.

You will need to remember where you parked!

The council is question is that for Northamptonshire. "Section 114" is a "Section" of  the appropriate Finance Act which specifies the duties of a local authority's Chief Finance Officer. It requires him (or her) to issue a legal document to his employers (The Council) if the finances become unmanageable.

The consequences are straightforward.

No new expenditure will be permitted from now on, except for services the council is legally required to provide.

One plan to balance the books is selling the council's new £53million headquarters in Angel Square, Northampton, and then leasing the building back, the BBC reported.

Other proposals being considered include up to a dozen office closures across the county.

It is believed to be the first time in 20 years such an order has been issued.

Labour, the official opposition on the council, called for resignations, saying that the organisation was in “unchartered territory” and is now in “both financial and political chaos”.

Despite the lurid headline above, these events are not uncommon. Usually it means that the Council is spending too much and dipping so deeply into its reserve piggy bank that the reserves will evaporate. It does not necessarily mean that the council has "completely run out of money", but it is a legal warning that they might do sooner rather than later.

So no bus service improvements, then?


Next Lancaster blog : Monday 4th February
Posted by fatbusbloke at 02:00