Some weeks back a rumour reached the ears of your chubby chummy. It was that the future of the Stagecoach operation based on Kings Lynn was in doubt. The only tangible fact that emerged was that the company was "consulting with staff".

Over the last few days local Norfolk press has been actively reporting on these "consultations". Firstly, from the on-line editions of Lynn News. 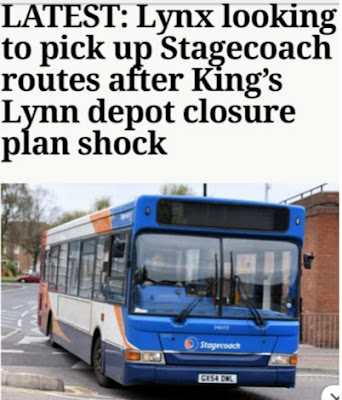 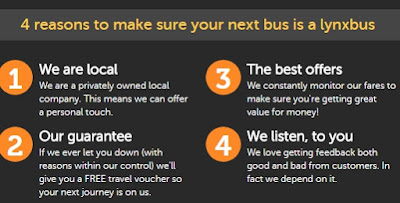 Lynx is a locally owned and totally independent bus operator in West Norfolk. The company has been set up by a small group of local people who have many years experience of running quality bus services in Norfolk. Our first route started on 26th January 2015 numbered '35' and operates between King's Lynn and Hunstanton via Dersingham, Snettisham and Heacham. Since then we've expanded significantly by improving the frequency of this service as well as introducing Service 34 which operates via the Q.E Hospital and Gaywood. 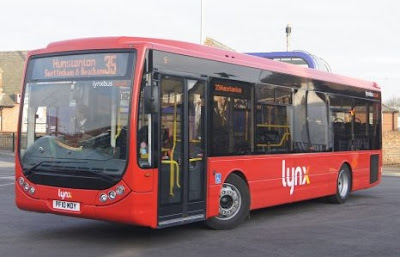 In fact the company now operates:- 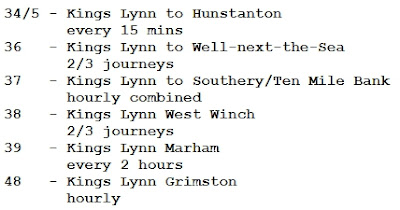 PLUS some school and college trips. Boss Julian Patterson is quoted:- 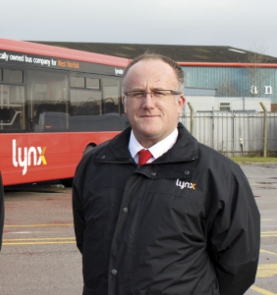 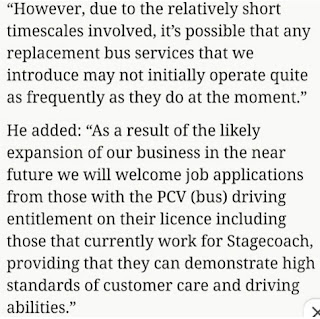 Perhaps in an unfortunate juxtaposition of events, Lynx have just announced fares rises as per the extracts below.

But it all looks a done departure deal! Stagecoach is pulling out of Norfolk completely. 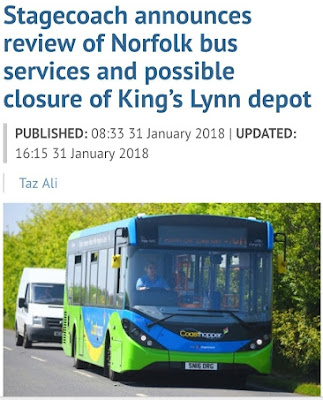 ... plus the usual and understandable comments from an anonymous (ex?) Stagecoach driver. 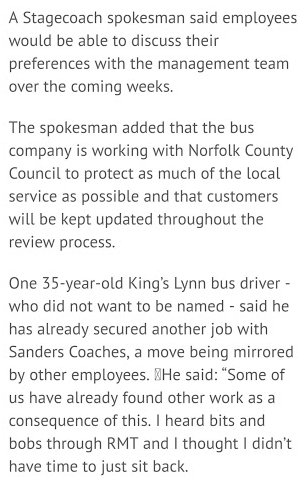 So far, much as expected.

But then this press release pinged into fbb's in-box. (Expurgated version quoted here).

First Eastern Counties Buses are pleased to announce a new addition to their frequent, colour coded bus network in Norwich.

From Tuesday 3rd April, buses on the long-established Yellow Line from the city centre to Taverham ... ... will be extended on an hourly basis six days a week, to serve the many communities along the A1067 Fakenham Road to the market town of Fakenham. 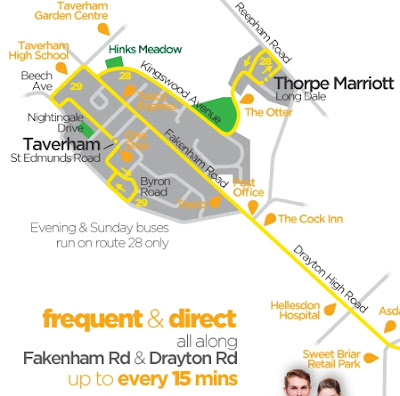 The service will be numbered X29 and will offer more frequent journeys in the weekday morning and afternoon peak times with journeys running up to every 30 minutes providing students and commuters who travel into the city with a fast and frequent service. In addition, buses will run every two hours on Sundays and public holidays. 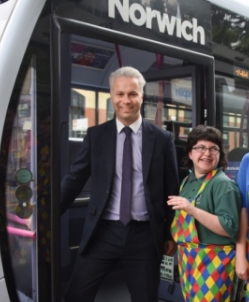 Managing Director of First Eastern Counties, Steve Wickers, said, “With the recent successful developments and extensions to our ‘Network Norwich’ services which are consistently resulting in an ongoing rise in passenger numbers.  This is the next exciting phase in our commercial strategy to develop and improve the Norwich bus network around the city and the wider Norfolk area”.

There is, currently, an X29 between Norwich, Fakenham and Kings Lynn. 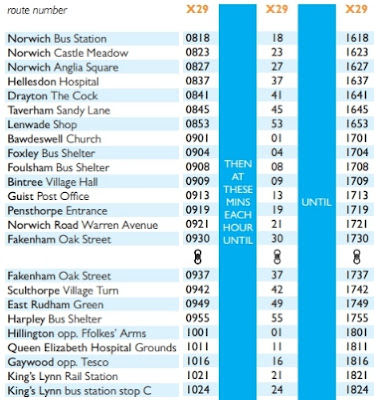 It is operated by Stagecoach from their Kings Lynn depot! 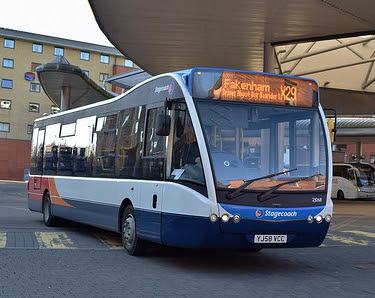 For those of fbb's readers who are new to the East Anglia experience ... 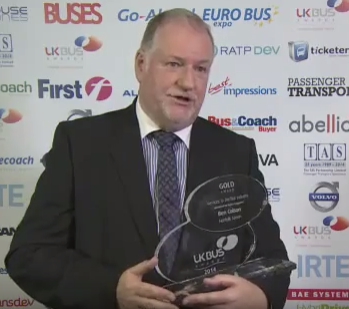 ... Stagecoach was once Norfolk Green a highly successful and award-winning "independent". 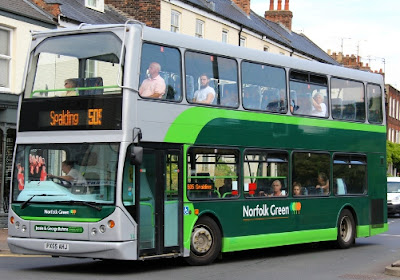 On 17 December 2013, Norfolk Green was sold to Stagecoach following the retirement of Ben Colson after ill health. Unusually, Stagecoach did not apply its corporate brand, but retained the Norfolk Green trading name and livery, although the fleet received Stagecoach fleet numbers. All buses were rebranded as Stagecoach between 2015 and late 2017.

And we all thought that it was only First Bus that went in for mega shut-downs!

A few snippets from Lincoln (postponed) : Tomorrow
Posted by fatbusbloke at 02:00