... with one exception. Emsworth and District won the tender for services between Petersfield and Midhurst. fbb does not know when the contract began but service 92 with occasional 91s and 93s ... 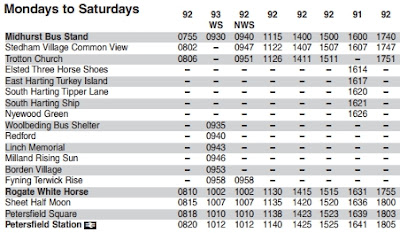 ... trundle between the two towns. 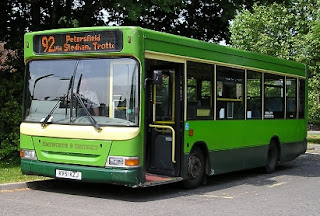 The route is tendered by Hampshire and West Sussex, but the latter authority doesn't admit to the 91 on its map! 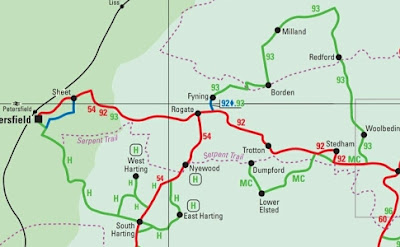 Fortunately Hampshire is correct and up-to-date with 91, 92 and 93 shown on their version. Still operating the moment is route 54 from Petersfield to Chichester, BUT  it too is ... 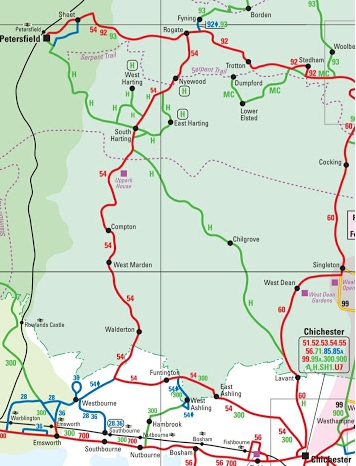 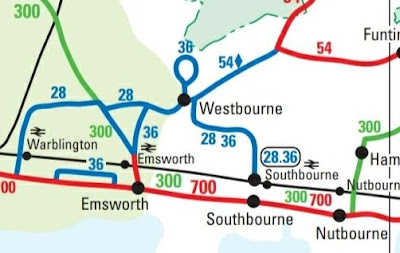 Now that graphics are so easy to amend, it seem daft to post inaccurate maps on line; as fbb often says, get your average 7 year old to make the changes - it will only take a few minutes! 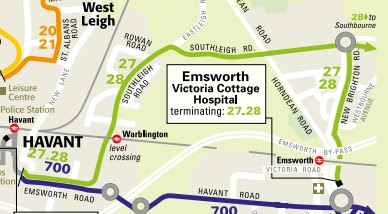 they both appear on the Havant local network map courtesy of Hampshire.

A little over two years ago, the former half hourly route 27, the mainstay of Emsworth and District's business, was put out for tender by Hampshire Council. E & D lost the job to, incredibly, First Bus.

It must involve horrific amounts of "dead running" to get a bus from First's depot to Havant or Rowlands Castle. Rumours locally are that First got its sums wrong and they are losing much fine gold!

The service was drastically reduced to every two hours (formerly half hourly between Emsworth and Havant, hourly to Rowlands Castle). Local resident Alan has contacted fbb to confirm and enhance much of the detail. He suggests that, despite fbb's assertion that the "old" 27 was "commercial", the route has always been tendered. The reduction was the result of Hampshire's substantial cutbacks in their budget.

Thanks Alan for your helpful contribution.

Disappointed at not winning the contract, E & D started a commercial service 28 two years ago. 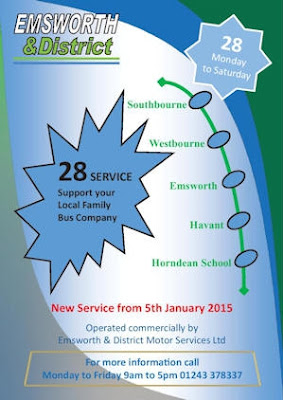 Sadly for the company, it was not a roaring success and so was cut back and now operates a few journeys off peak.

Also cancelled from the start of the Easter Holidays are various school services, namely:-

Is anything left? This is a bit of a mystery; the E & D website shows several school runs for which fbb has NOT seen cancellation documents. These are-

It would seem somewhat illogical to run these bits when all the rest are being ditched. Perhaps these five make pots of money?

Maybe an expert on the company's activities will be able to correct and update fbb's information?

It is also unclear as to whether the coaching business will continue. 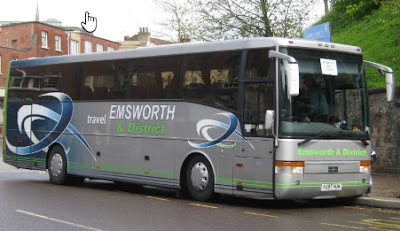 As an indication, their web site advertises trips for 2014!

A DAY IN EASTBOURNE
Sunday 17th August 2014 £17.50 Adults & Seniors, £12 Child A drive to this historic seaside town with more details to follow.

THORPE PARK COACH ONLY
Saturday 30th August 2014 £15 Adults, Seniors & Children Coach only travel to Thorpe park, use vouchers or Merlin passes but save on the driving.

So we are too late for them! 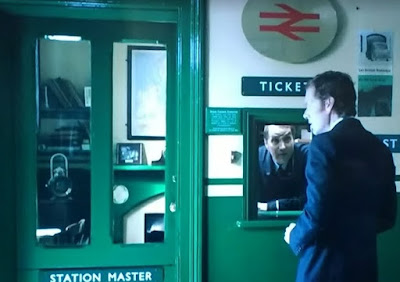 The episode features a grumpy and mysterious ticket office clerk. Is he the arch criminal? 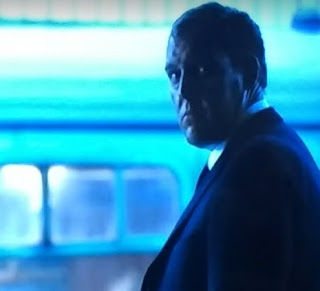 Trains come and go, but then Endeavour Morse sets off down a closed branch line ... 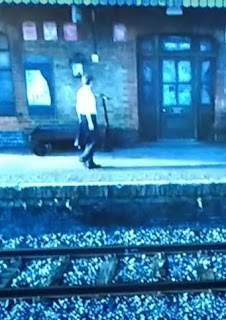 ... with very shiny tops to the obviously in-use rails!

And what hobby do you think this guy enjoys? 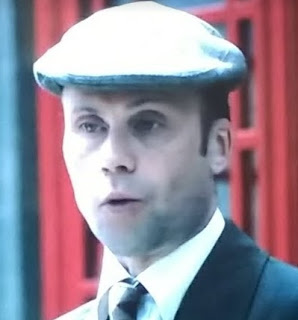 Towards the end of the episode there is a scene is a loft complete with railway memorabilia and a model layout. 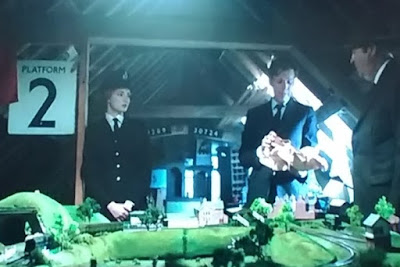 But fbb is pretty sure you couldn't by a Class 52 diesel with a working headlight in 1968. 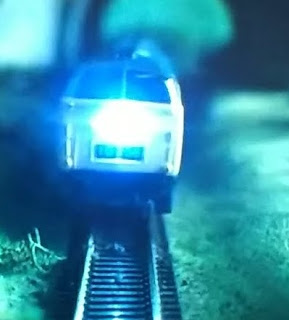 But your eager blogger really struggles with that station. 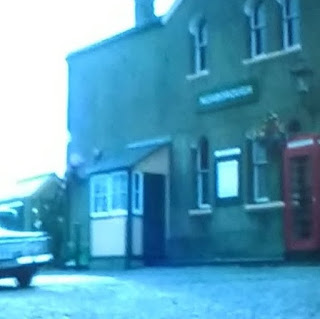 Ropley? Yippee.  On the Mid Hants Railway (Watercress Line), Ropley is the location for the "outside" shots, at least. 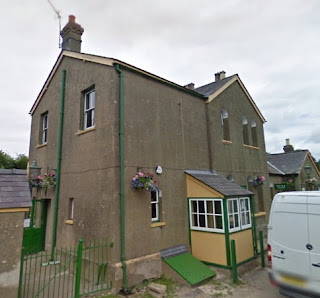