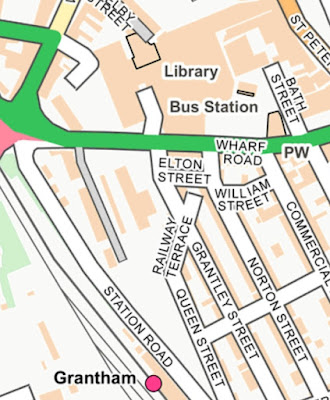 Correspondent Julian got in touch in response to fbb's less than enthusiastic comments about Grantham bus station. Such is the danger of relying on photos and general stuff on line. In fact, had fbb been more punctilious in his exploration of the facilities, he might have looked from Bath Street (see map extract above) rather than Wharf Street. 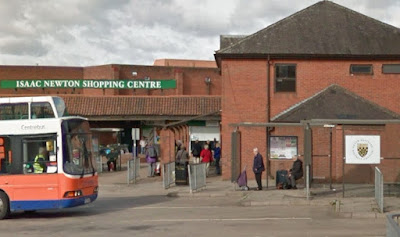 There we see a substantial building which, Ju tells us, also includes staff rest room facilities and company offices. He does not say whether there are enquiry facilities for the general public but it certainly looks as if there were! 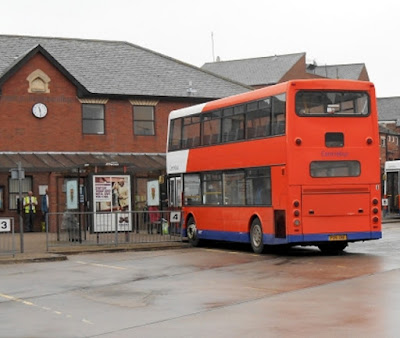 Note also the location next to Morrisons where, it would appear, young Isaac used to go to get his packed lunch before resuming his arduous studies of the Classics.
And So - On To Good Publicity
What prompted these blogs was tyyhe receipt of a good quality timetable leaflet headed "Lincolnshire!".

Even a cynical fbb thought that there might be just a few more buses running in Lincolnshire than are shown on this folded leaflet. Grantham is the main settlement in the district of South Kesteven but just plain "Grantham" would be better for the heading, surely.
But as we saw yesterday with Stagecoach route 1, not all bus services in the town are included, just most of them.
When fbb worked for Southern Vectis, he was commissioned to design and produce their timetable book. It included Island Line, trains on the mainland and all the ferry services. The idea was to encourage public transport per se and thus encourage the use of Southern Vectis buses.
Whilst you could understand not publicising a direct competitor's route, surely publicity should be selling bus travel as a total package!
The leaflet has a good network map ... 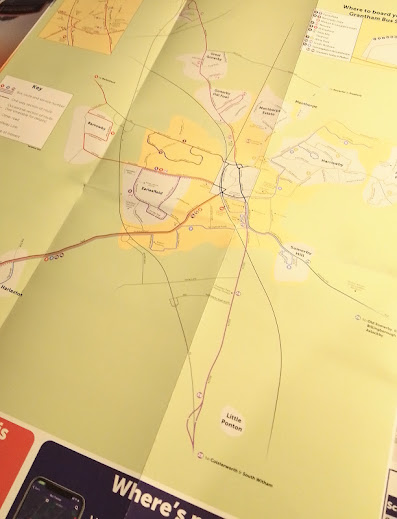 ... ideally needing larger print. Maybe fbb is a bit more sensitive to the challenges of dodgy eyeballs (next stabbing December 22nd - a lovely festive treat) but thicker lines and bigger text would make following it much, much easier. But it is very thorough.
There is rudimentary fares information offering a £2 fare in Grantham. Presumably the boundaries are obvious to residents, but they are not shown on the map.

You would reckon most passengers would buy the Day Ticket and use it as a return unless there is a cheaper price for a simple out and back trip.
Similar examples are given for the whole area. 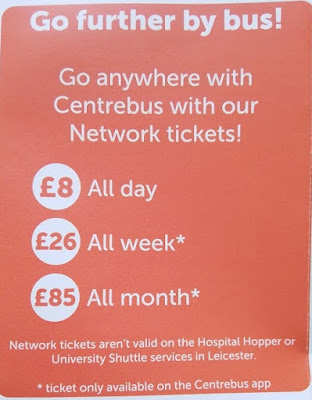 £8 from Grantham all the way to Loughborough and back on service 8 seems a bargain at todays price levels - perhaps there is another hidden boundary here? The driver will, of course, tell you.
The weekly and monthly go-everywhere tickets are only available on the Centrebus App which is a bit discouraging for those who are uneasy with all this technology. But that is the world in which we live. If you are a technophobe you will often be stung by a higher price or even unavailability.
Either way, it can be harsh if you live just a few stops outside the Grantham "area" and you daily ticket leaps from £3.80 to £8.
As well as the network map there is a zoom-in of the town centre area ... 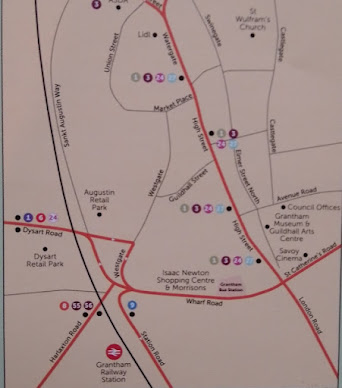 ... and a plan of the bus station stands. 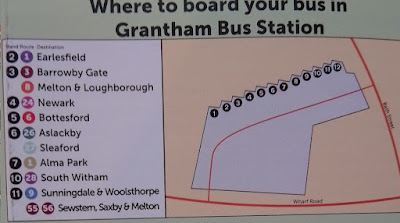 fbb quite likes resolving mysteries and one (1!) was his first challenge. Route 1 serves Earlesfield ... 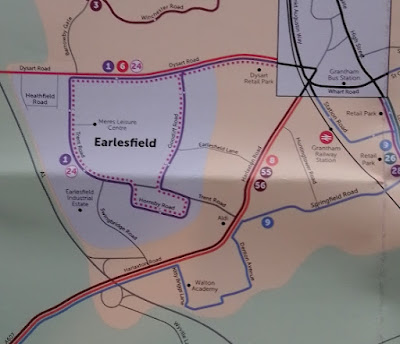 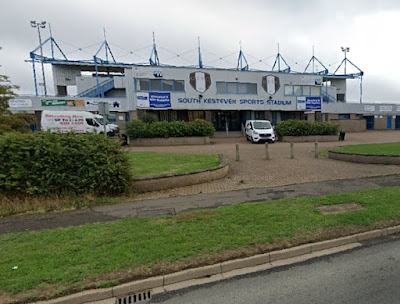 ... and modern (?) housing from the 60s and 70s (fbb guess). The route number then re-appears on the other side of the town centre. 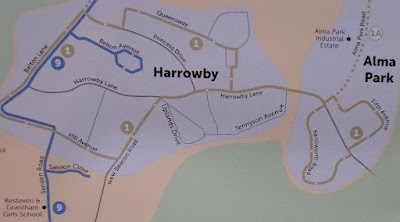 Here it has has two loops, one at Harrowby ... 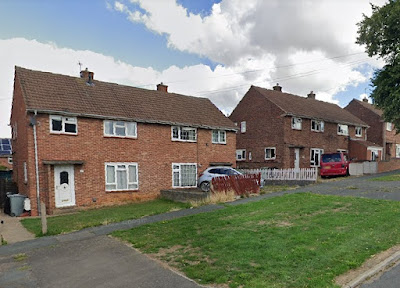 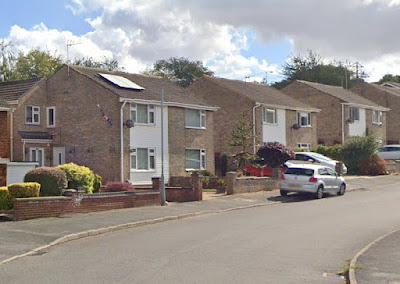 ... somewhat more recent. So how is cross-town route 1 shown on this leaflet,
It isn't!
It appears as two completely separate route 1s (both in addition to Stagecoach route 1 to Lincoln). Here is the Earlesfield timetable extract ... 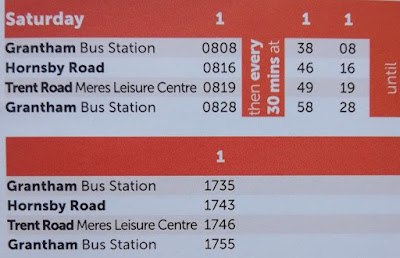 And here the Harrowby and Alma Park. 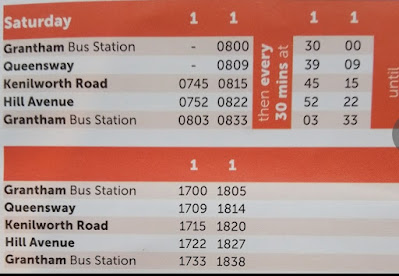 Surely the xx28 arrival from Trent Road goes forward at xx30 to Kenilworth Road and thus the xx03 arrival returns to Trent Road from the bus station at xx08.
Seemples!
So fbb contacted "the boss" ...

... who writes:-
Yes, it used to be cross town but with increasing traffic congestion, Grantham is very bad, we had to split it so that we could inject new buses and drivers fairly frequently so that they at least left the Bus Station on time.
Shame - it fitted together so well. Once upon a time the bus to Harrowby was numbered 2. 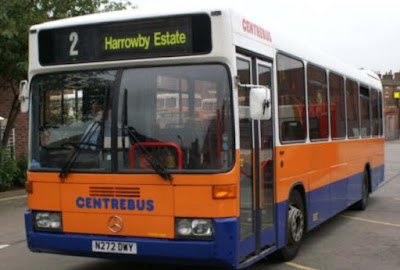 But today you need to be careful which one you want, the 1 or the 1. 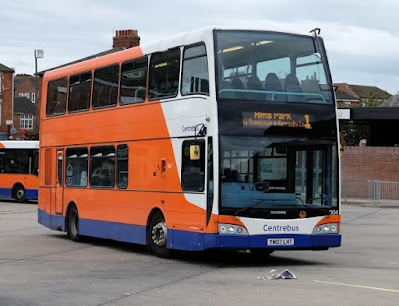 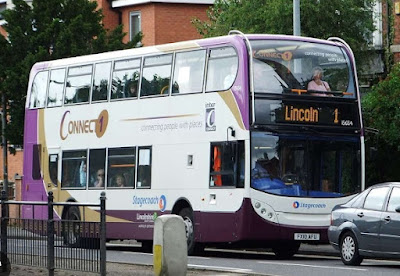 But fbb should have asked the boss (even the hoss!) about Great Ponton. 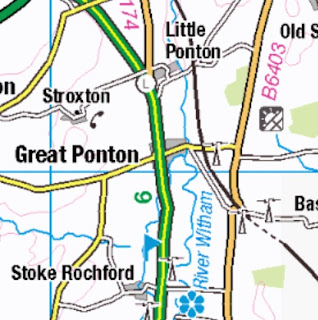 It is on the A1, south of Grantham.
See you there tomorrow!
Talking of Advent Calendars?
Rails of Sheffield have a Model Railway Advent Calendar (very spiritual|) with some seemingly generous offers each day and for one day only. So far (as of yesterday) we have a track cleaning wagon ... 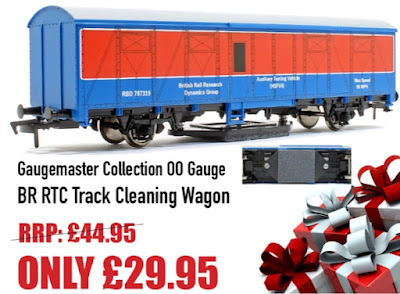 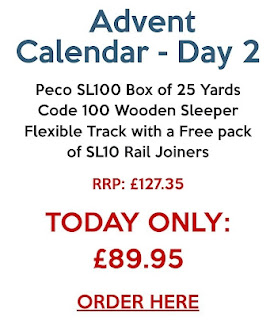 25 yards is quite a lot of track - its about TWICE what fbb has on his whole layout. So its only a bargain if you are building a big layout/
Hornby also has an Advent Calendar ... 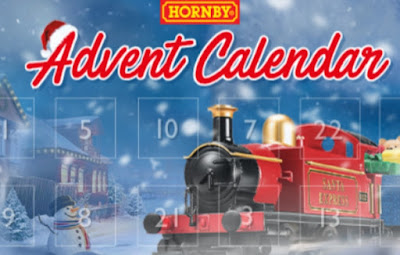 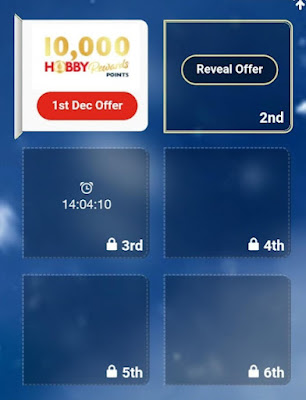 Advent Calendar Day 3
Creation Conundrum
More twaddle has been written and spoken about the story of Creation in Genesis Chapter 1 than any other passage in the Bible. Science, we are often told, has totally disproved the Bible.
Really? 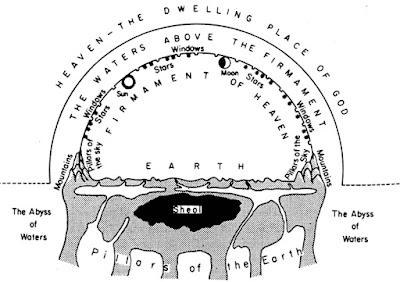 Hebrew and Mesopotamian cosmology saw the world like the above There was water above the sky (where the rain came from) and water below tje ground. The sun, moon and stars were occupants of the sky, some moving and some static. Above the rain waters was the heavens, where God lived. Below the earth was Sheol, the grave or place of the dead which was not at all nice.
So their Creation account used terms which they could understand.
If we were to re-write Genesis Chapter 1 using as our guide modern cosmology, we would be amazed at how accurate the ancient version was.