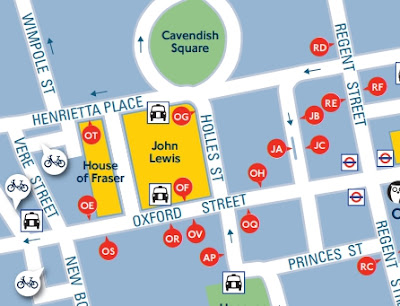 Now that Transport for London has, effectively, reduced the geographical scope of the dwindling number of spider maps, fbb wondered if it was still necessary to produce an "underground" style diagram, paying scant regard to any realism. Londoner will easily recognise that this is ludicrous.

The truth is that the 88 (BLUE) and the 453 (PALE MUD) travel pretty close to due north along Regent Street / Great Portland Street until the reach Euston Road. The 453 makes a 90 degree left to tootle along to Marylebone whilst the 88 continues due north sort-of alongside Regents Park.
The problem is caused by putting a stop map at a much larger scale plonk in the middle of the spider map (the blue background bit) ... 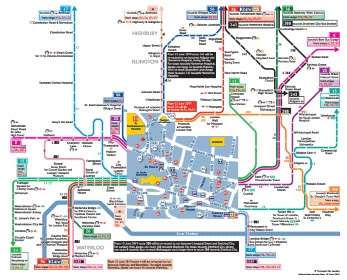 ... which means that the spider has to be distorted far more than is sensible to match the central detail.
So fbb thinks, "Get rid of the centre and show it separately." The Oxford Circus spider did not behave itself very well when imported into fbb's vector graphics (drawing) software ... 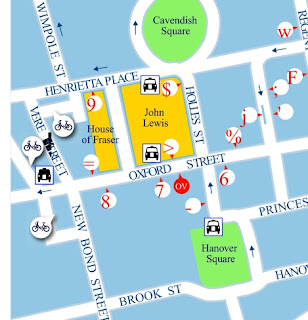 And mistakes to correct. 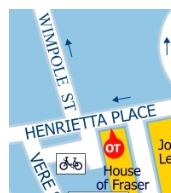 It is NOT Wimpole Street which runs roughly east-west. It IS Welbeck Street. 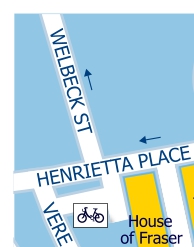 But if the bus stop map is separate from the redrawn spider, you would need separate information to show which bus uses each stop. Could the route numbers be fitted in? 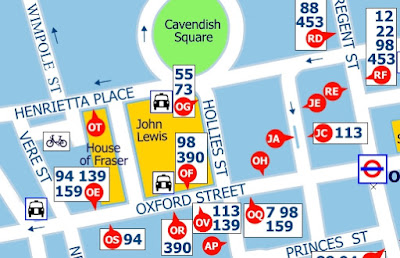 The answer is "yes", but but they would, ideally need to pick up the colours of the route diagram.
Then what about all those bus stops with no buses; there's FIVE of them (AP, JA, JE, RE and OH, completely unexplained by TfL. Thanks a bunch!
Work in progress - more tomorrow. Exciting isn't it?

Big And Red And At The Garden Centre 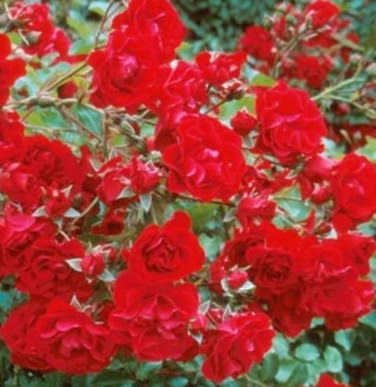 No, not a rose; but far more beautiful than that (?).
This was spotted by No 3 son at Scaynes Hill garden centre. 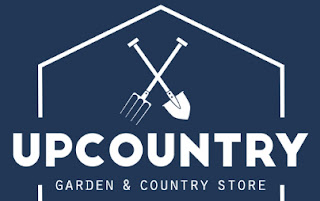 It is, of course, a Routemaster. 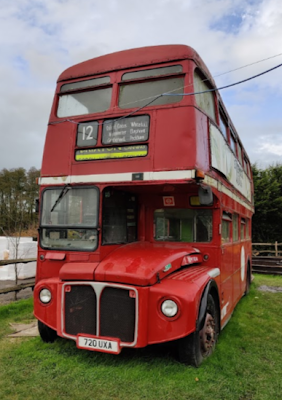 It is not clear whether it goes anywhere, but the cab looks OK and in working order. 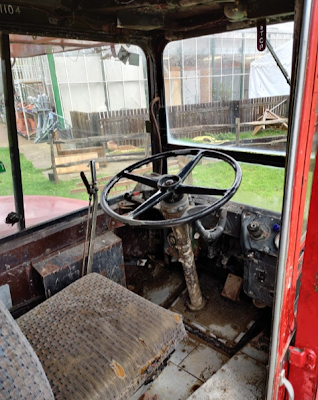 The inside is "tired" and muddy (staff transport?) and fbb could not find any record of the registration number. But we do know which bus it is - or was? 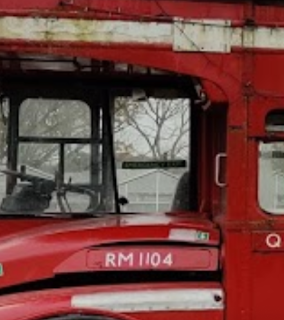 Here it is operating for London Central, looking just like it does at Scaynes Hill, even down to the route 12 blind. 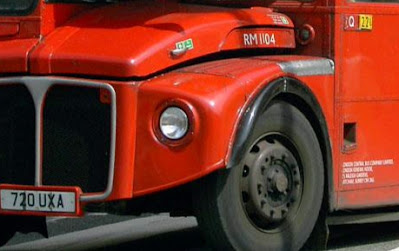 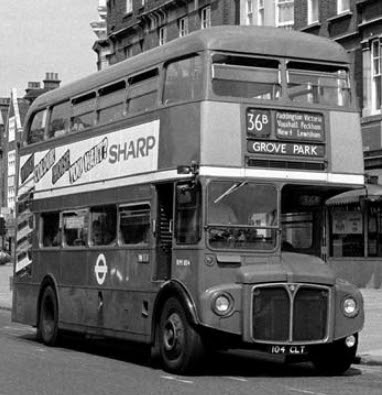 ... and registered 104 CLT.
The bus dates from 1962 and has served Londoners faithfully until 2004. Ian's Bus Stop web site comes to the rescue with fbb showing from 1994 onwards. 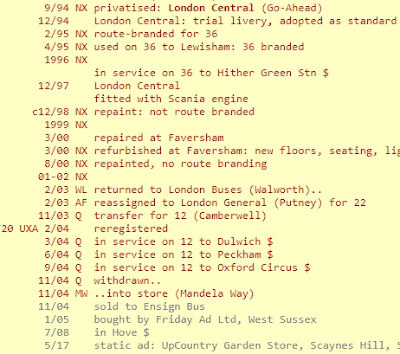 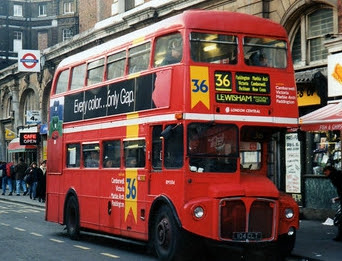 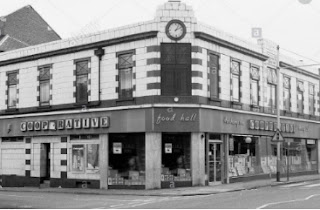 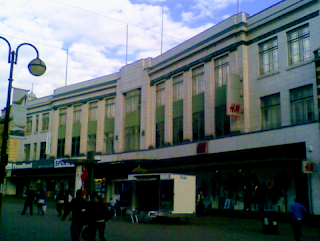 As fbb was leading up to his exploration of atmospheric or pneumatic railways he referred to his childhood experiences at Kettering Road and Abington Street co-ops. In researching details of cash handling in both emporia, fbb came across this booklet. 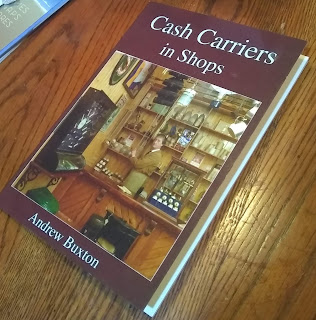 The cover price was £3.50, but as usual the South American watercourse had a spiffing offer - just 1p plus £2.40 postage. The book included the full range of cash transport - hardly public, but fascinating all the same.
What about a ball system? 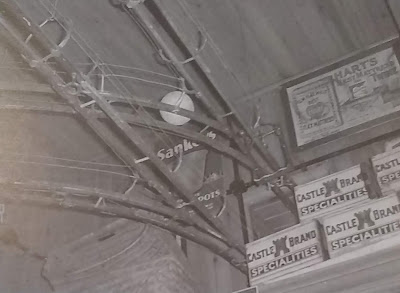 Entirely run by gravity but sophisticated none the less. It had automatic pointwork, not point motors! Balls of different sizes triggered little twangly things which worked the points - very clever. The balls were hauled up to ceiling level on a staff-operated pulley, then release to ruin swiftly to "accounts".
Then there was a cable railway, powered at first by a steam engine and later by that new-fangled electricity.

The photo above shows a member of staff placing a little wagon on track to be "caught" by the continuously moving wire.
Then the booklet reviews the elastic or spring loaded set-up as used at Kettering Road. 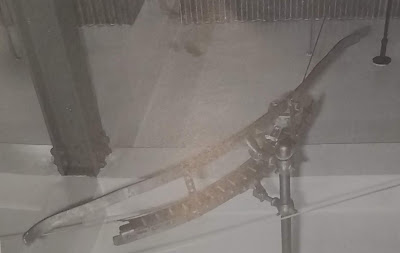 The pottles could even be pinged round corners as seen above. Finally came the pneumatic (ploof!) system as in the main co-op in fbb's birth town.
fbb well remembers the mysterious terminals which he watched expectantly for his mum's change and "divi" slip to clunk out of the pipe and into the basket. 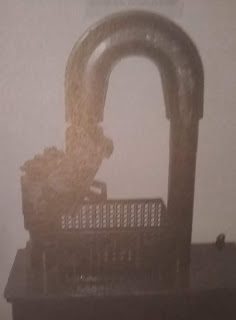 Buxton's slim volume illustrates the system used at Banner's store in Sheffield. Situated at the junction of Attercliffe Road and Staniforth Road, it was THE shopping place for the "working class" of the Steel City - far more popular and far better stocked than city centre establishments which were deemed "too posh for folk like us".
The store as illustrated was built in 1934 ... 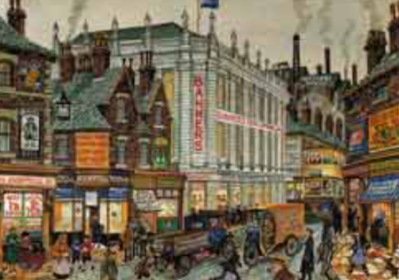 It was served by frequent trams from the southern suburbs via the city centre, from Tinsley (and pre 1945 from Rotherham), from Handworth and from Grimesthorpe, Firth Park and Sheffield Lane Top - all direct to the store from the north and east. 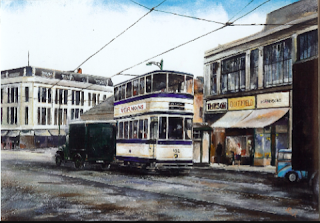 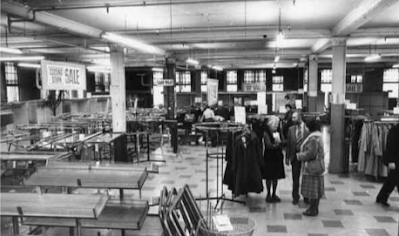 ...but the building still stands. 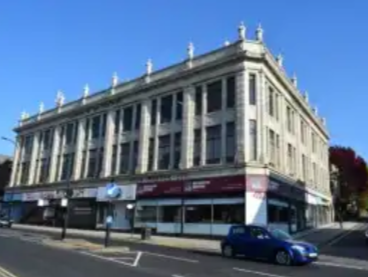 It is surrounded by desolation and tat shops. Attercliffe is not what it was because, at its heart, nobody LIVES there any more.
But Banners had the pneumatics for most of its life! 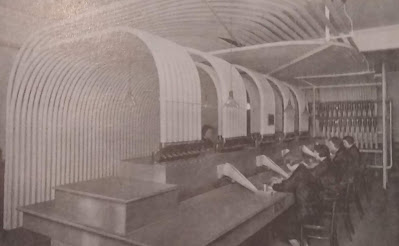