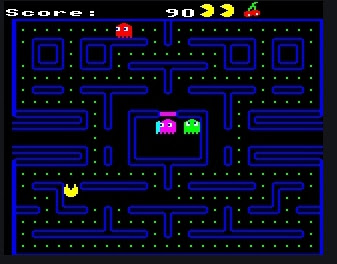 fbb had the BBC Model B equivalent called "Snapper" much enjoyed in the very early days by the three boys. They soon moved on to Lemmings and more complex games as fbb traded up through the BBC family of computers.
In yet another first for Twitterers, one bus company has programed its destination screens. 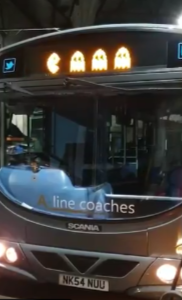 fbb doesn't think the gaming, if any, would be too challenging! The bus, not surprising for a company based in Gatehead, is from A-Line (of Gatehead) ... 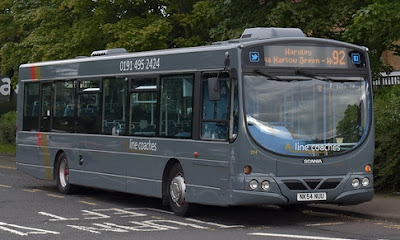 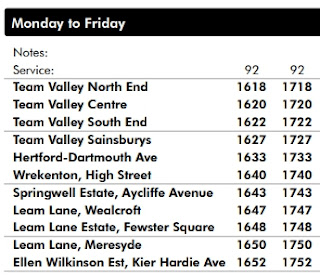 The bus, again not surprisingly, is ex Go Ahead North East. 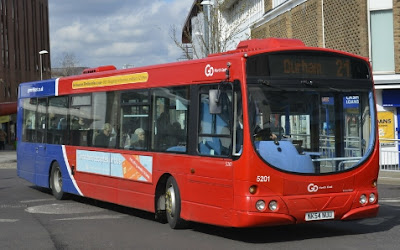 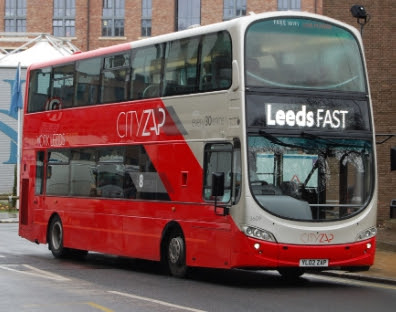 Remember City Zap? It has its origins in a fifteen minute frequency between Leeds and York under the ownership of Blazefield Yorkshire Coastliner. 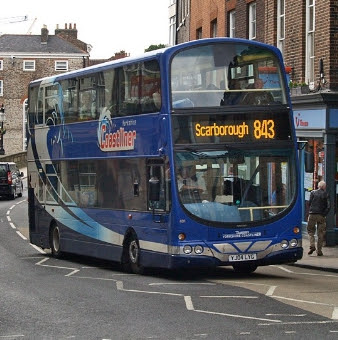 Under new owners Transdev, two of the four jouneys each hour were speeded up (limited stop-ised) and rebranded City Zap.

A second Zap between Leeds and Manchester did not work profitably and was soon abandoned. 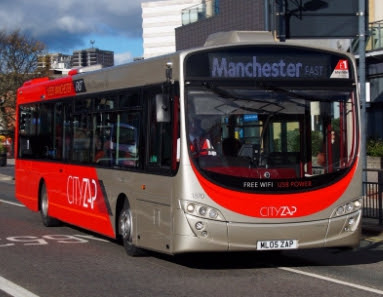 Well it looks as if the original Zap is being re-launched, re-freshed or possibly re-branded. No longer do bus PR gurus produce A5 Flyers or stick ads in the local papers en route. The craze is for tease campaigns on Twitter; which, as we all know, is avidly followed by Zap passengers and excited future passengers. (Yeah right!)
So we get a bit of a bus ... 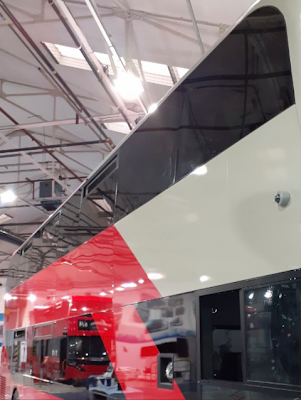 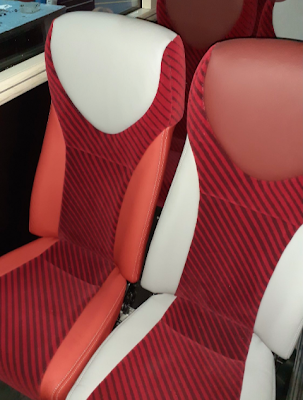 To fbb, curmudgeonly old codger that he be (note use of Subjunctive verb!), they look like seats on a new ride at Alton Towers!
And there is a new name to titillate the fancy - or even create desire. 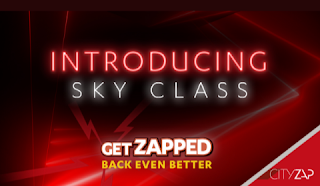 Presumably evening journeys will be "Dark Sky Class"?
The mind boggles.
Remember These? 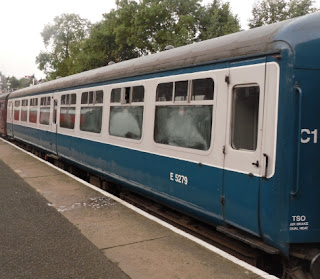 Thy were dubbed BR Mark IIa and were derived from the experimental XP64 train. Now when was that novelty introduced? 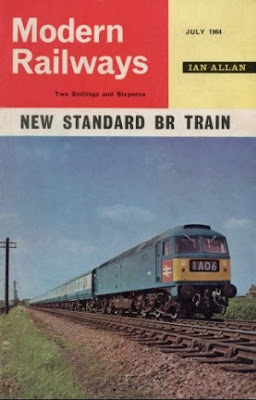 They early Mark 2s had comfy seats, lots of tables and lots of leg room. 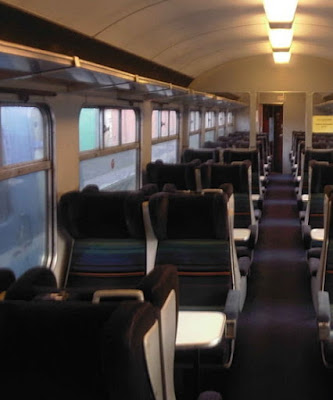 And you could let "fresh air" (remember that?) in through the windows rather than breathing every one else's recirculated germs.
Modern train travel has made such strides forward, has it not? 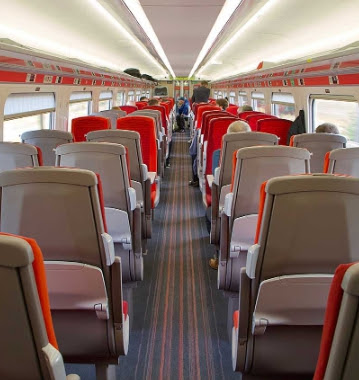 Anyway, here is another Mark II, inside ... 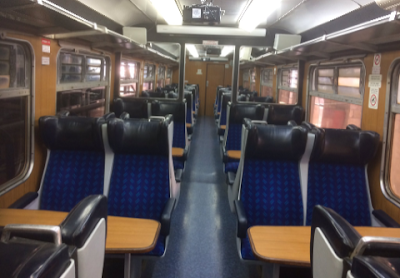 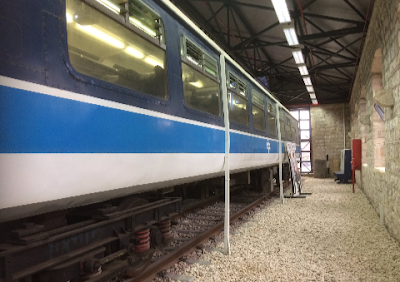 Apparently BR sold a batch to the Israeli Government for their system and this particular coach now sits proudly in a Transport Museum - pictures thanks to a Twitterer.
John Lewis Castigated (Oooh Missis!) 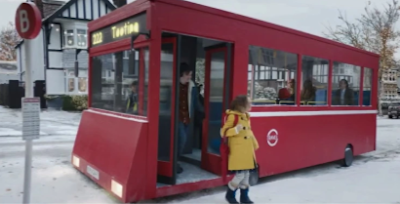 Their Christmas Advert on the telly-box shows this, for want of a better word, bus. The ether has been red hot reporting John Lewis' appalling mistake. In London the 222 DOESN'T GO TO TOOTING!
It is almost as shocking as that fellah Dominic leaving No 10.
But, dear bus enthusiasts; you miss the subtle comedy, the clever writing of the advert. It is NOT route two hundred and twenty two going to Tooting; it is the ...
TOOT
TOOT
TOOT
TO
TOOTING
Brilliant - and you all missed it!
Shame on you!
And Now, The Biggest News Of The Week 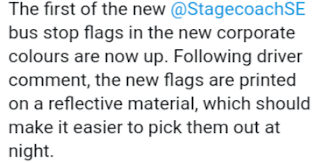 And here is a picture of this route equipment wonder. 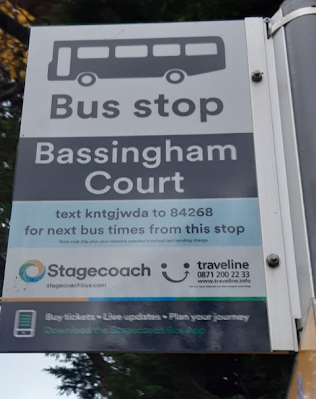 Will anyone notice the difference? Will anyone care? Will Bassingham Court residents be rushing out to do whatever the very small print exhorts them to do? Will they be able to read it without a stepladder.?
HOW TO READ A NEW STAGECOACH BUS STOP FLAG 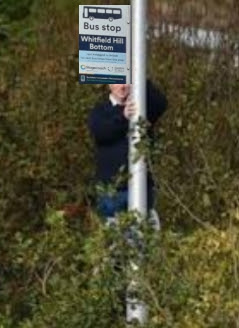