Battle of Hastings?
Not really. 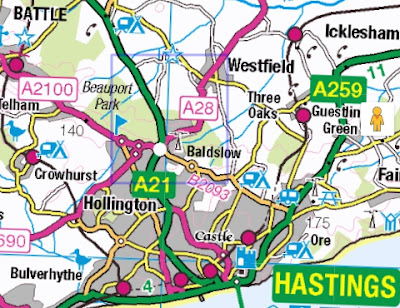 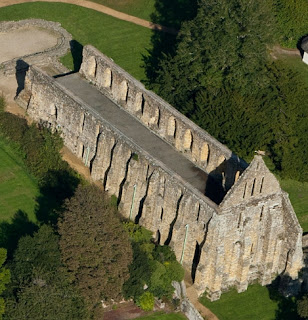 Battle Abbey was built some years AFTER the battle as a penance for the many lives lost. The community that grew up around the abbey became known as "Battle" but well after the battle was embattled. 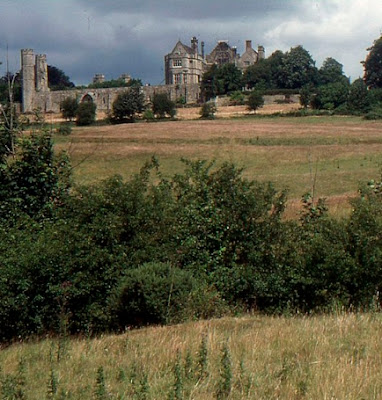 The name was popularised by a Victorian historian but with only tenuous links to more ancient documents.

But surely Harold was definitely shot in the eye with an arrow? 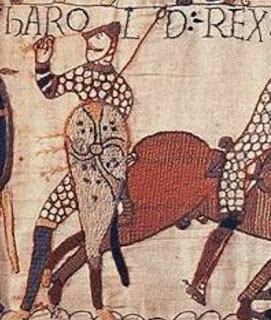 The Bayeux Tapestry provides even shakier evidence for that because it is possible that the arrow's feathers were added by an over-enthusiastic restorer.

So maybe chummy was simply holding a spear.

In any case maybe the next glyph of the tapestry is Harold being "cut down" ... 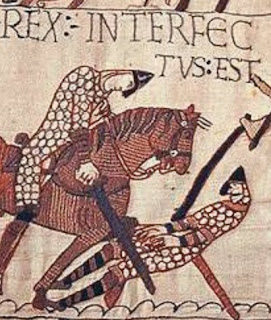 ... (interfectus est); so maybe he was Harold and the dubious arrow recipient/spear thrower  wasn't!

What we can be sure of, however, is that Hastings' popularity as a resort grew rapidly once the railway from London opened. 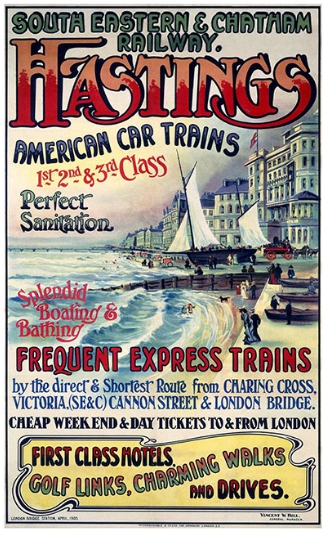 The railway was constructed by the South Eastern Railway in the early 1850s across the difficult terrain of the High Weald. Supervision of the building of the line was lax, enabling contractors to skimp on the lining of the tunnels.

These deficiencies showed up after the railway had opened. Rectifications led to a restricted loading gauge along the line, requiring the use of dedicated rolling stock. 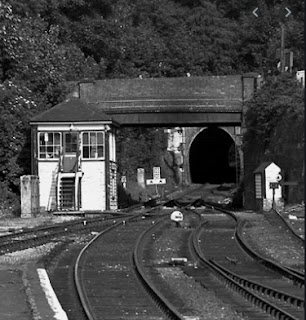 Although the contractors had charged for six rings of bricks, they had only used four. Due to the cost of reboring the tunnels, this had to be rectified by the addition of a further two rings of brickwork, reducing the width of the tunnels by 18 inches. The result of this was that the loading gauge on the line was restricted, and special rolling stock had to be built.

Note the very flat and narrow shape of the carriages in the picture of a train at Wadhurst. 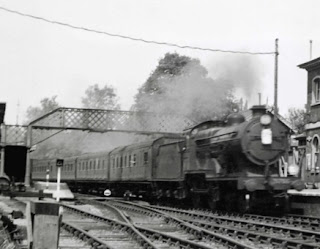 Then in 1957/8 steam was replaced by diesel electric units which, likewise, were built with narrow dimensions. 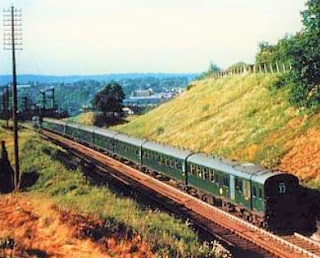 Preservationists Hastings Diesels Limited has superbly re-created the colour and the shininess of the carriages as delivered. Here is a gorgeous motor carriage (No S60000) as preserved. 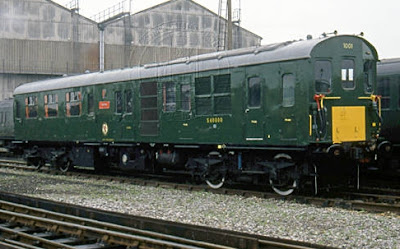 We will continue with the story of the Hastings line in tomorrow's blog; so look forward to some Jaffa Cakes and a song from Neil Diamond.

But now, the long awaited item from Wales ...

Porthmadog For Breakfast
Northampton Alan is quite keen on the Festiniog and Welsh Highland Railways and visits often. He brings some good news for others who may wish to enjoy these magnificent narrow gauge lines.

Firstly, a snippet of geography. Porthmadog is on the west bank of the Glaslyn estuary linked to the east bank by a causeway, known as the Cob. 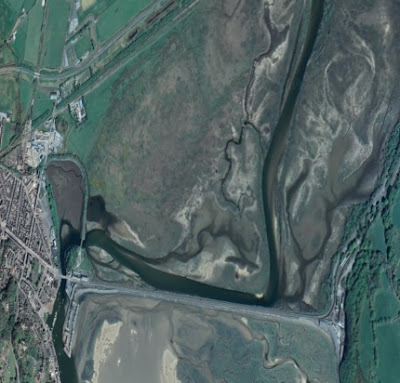 The terminus is lower left ... 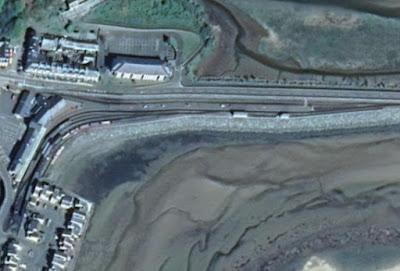 ... with platforms extended onto the Cob. 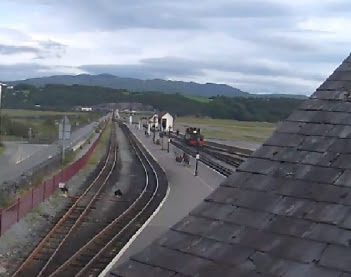 These were built to accommodate the longer trains running through from Caernarfon on the Welsh Highland Railway. It must be fun to meet one of these as it trundles along the main road outside the station! 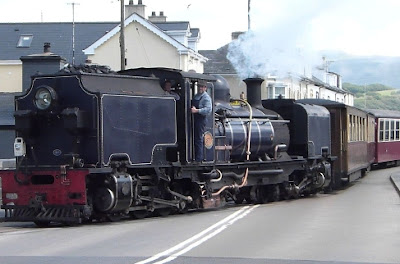 The large block on the opposite side of the road from the railway ... 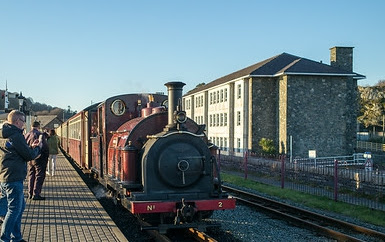 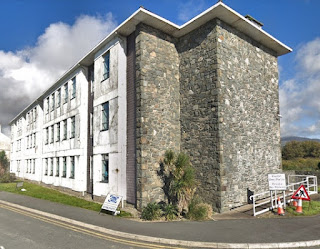 It is, or more correctly was, a tax office. But the council has approved its demolition to be replaced by ... 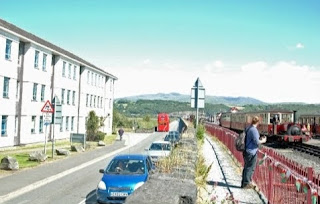 ... you guessed it, a hotel - a Premier Inn no less; but with a splendid view of goings on at the station.  And, yes, that is a routemaster bus in the distance. 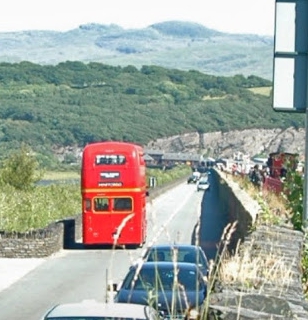 Alan, a great Premier Inn aficionado, is thrilled because for years he has had to slum it in the Travelodge at the other end of town. 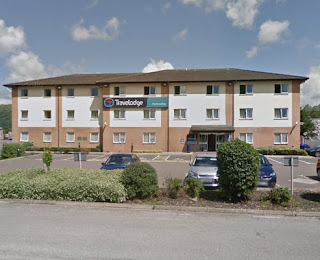 Alas, the Travelodge has no caff, but Alan recommends a nearby establishment, literally 3 minutes away and on a mini industrial estate. 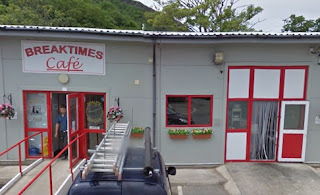 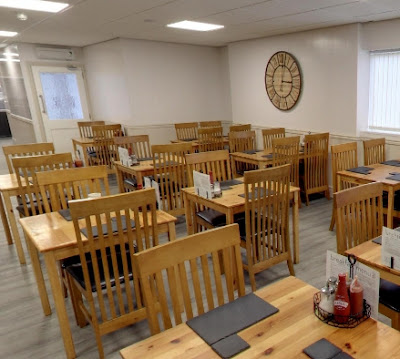 ... and Alan kindly sends a menu. The Hercules Breakfast ... 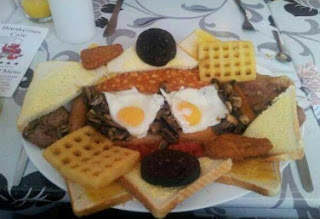 ... looks like a nice snack to start a busy day watching and riding on gorgeous narrow gauge trains. 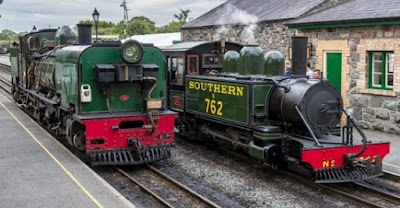 It would certainly keep you going till lunchtime - and much better value than anything a future Premier Inn can offer.

The breakfast would certainly set him up for a Welsh Highland line run to Caernarfon and back. 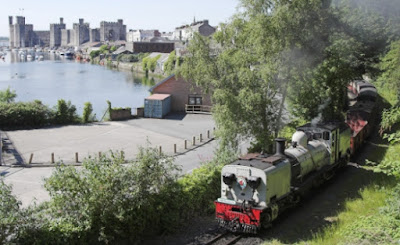 And Especially For A Complaining Anonymous

I doubt if Anonymous has any knowledge of TSY operations at first hand. The situation on the ground can be far WORSE than you depict.

Tram on-board announcements:-
It is confirmed that after leaving Spring Lane we get a general announcement that this tram terminates Birley Lane (it doesn't go that far - it terminates at Gleadless) change Manor Top for forward connections.

Approaching Gleadless ; tram terminates, change here for - SILENCE. Then, after a pause ...

There are no replacement buses. (as seen below) 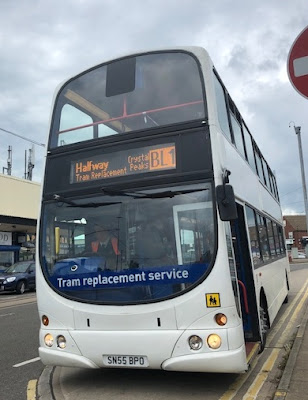 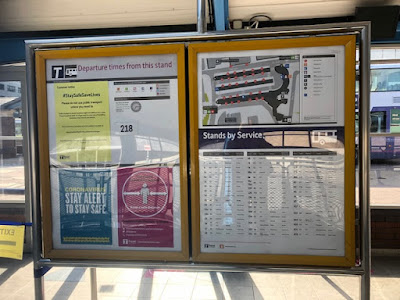 For this week's prize, spot the departure list of times for the service to Bakewell. 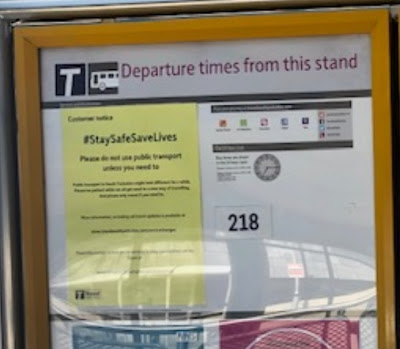 The PTE/TSY expects you to guess.

Beyond belief - yet again.


Next Famous For Visitors blog : Friday 4th July
Posted by fatbusbloke at 02:00