You Never Know Whether The Weather ... 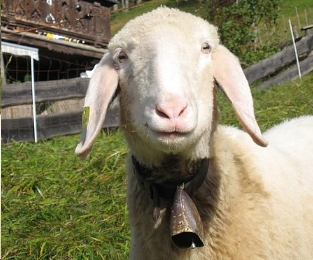 The term is derived from the Middle English bellewether and refers to the practice of placing a bell around the neck of a castrated ram (a wether) leading his flock of sheep. The movements of the flock could be noted by hearing the bell before the flock was in sight. The sheep carries his own warning sign!

Global warning evangelists will cite the recent extremes of winter nasties as a bellwether of worse to come. And there have been plenty of examples of the destructive force of wind and water. After Dawlish comes Dover!
It is not quite such a spectacular collapse as Dawlish was, but it is still best not to run trains when thre is nothing much holding up the track. 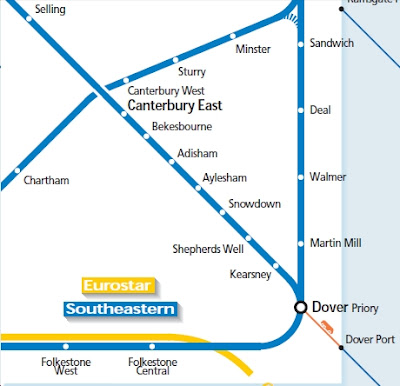 Dover
The line between Dover Priory and Folkestone Central is closed until further notice following severe damage to a sea wall in Dover on Christmas Eve.

Emergency timetable
There are changes to the timetable as a result of this line closure but you can download the latest timetable below.

fbb often struggles with web sites; it would appear that they see him coming, and, like dogs who are fierce with people who don't like dogs, the web seems to become deliberately tangled.

Well the old codger tried but could only get Monday to Friday's times. Where Saturdays and Sundays are, he knows not. Perhaps South Eastern have managed to borrow trains that hover over the damaged track at weekends?

Be that as it may, the "classic" service to Dover from London Charing Cross must terminate at Folkestone; 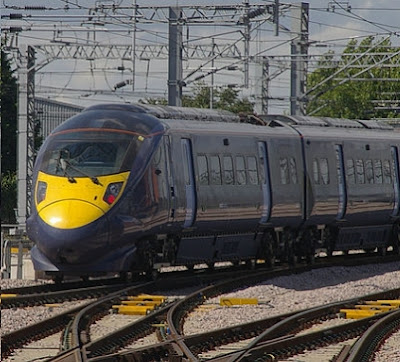 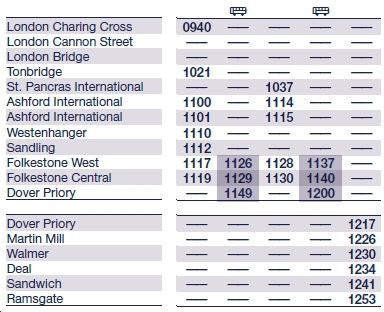 To mitigate the delays for the good folk of Martin Mill, Walmer, Deal and Sandwich, the hourly xx17 train connects at Ransgate with a Javelin via Ashford to St Pancras. 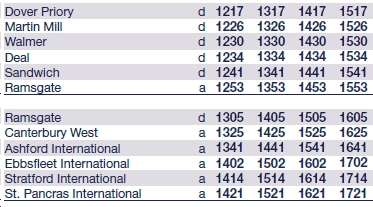 How long will the repairs take.

UPDATE: Dover-Folkestone line
closed until FEBRUARY 2016
... but it was clear that things were worse than had been originally thought. 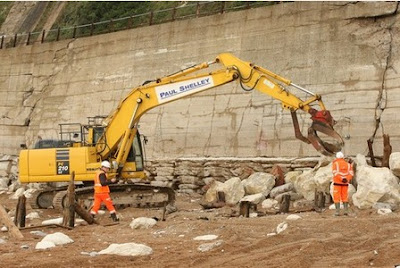 Some authorities are now suggesting that this line may well be closed for much of 2016.

Who would want to run a railway?

And, talking of damage being worse than expected ... 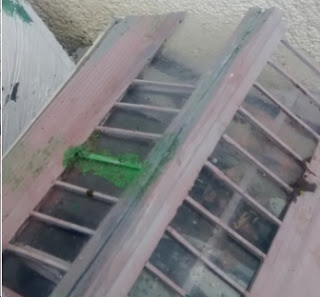 fbb's home-made model carriage shed appeared to have lost a few glazing bars in the recent high winds. But on closer inspection, it would appear that the whole front of the building was falling apart. 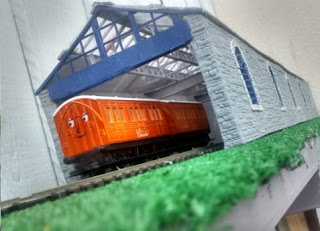 Everything had come all unstuck! More strength was badly needed. In a blinding flash of near lunatic inspiration, fbb picked up two angle brackets, bough months ago to repair a chair that had suffered from fbb's over preponderance of f!

Amazingly, once bolted together, these formed a strong frame of precisely the right size  to make the front end no longer dependent on glued joints between plastic and dodgy plywood. 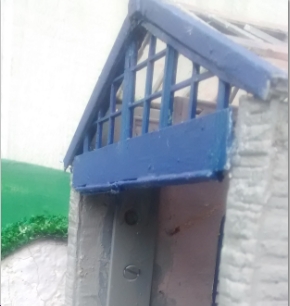 From a distance, the bolts might just pass for ventilating fans, especially for modellers who failed to go Specsavers. 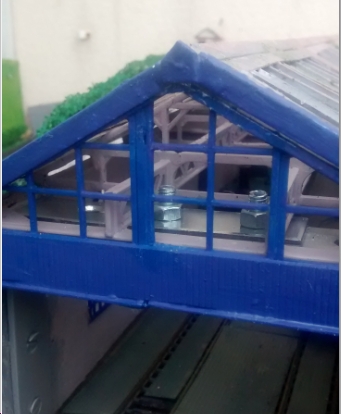 Extra plastic soffits were added to the fascia to prevent the gales lifting the "glass" and the glazing bars were replaced. 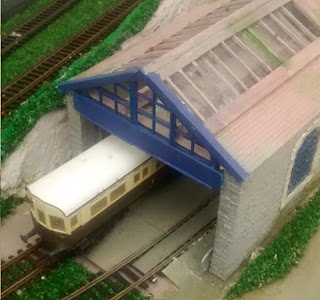 A wash of matt polyurethane varnish brough up the colour of the roof-invasive "vegetation" ... 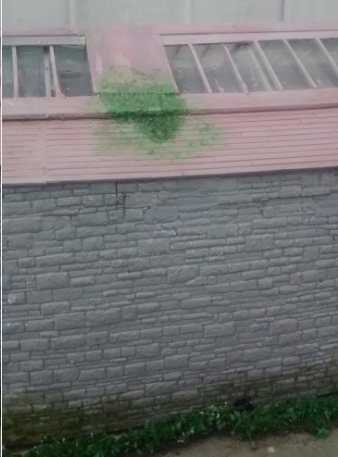 ... and the weeds along the bottom of the stonework. While this work was in progress, fbb glued in place the windows on the far wall of the shed. 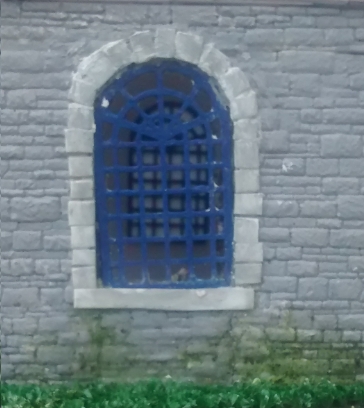 Through the "glass", you can glimpse the chalk cutting behind the building. 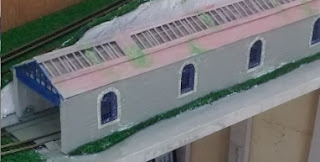 Oh, all right, it is only white plastic stuck behind the frames.

Local builders Bodgitt and Fudge have done some work on the properties in Church Square, making them more weather-tight. The two ex-shops on the laft, by the way, have been renovated and fitted with full central heating; hence the lack of chimney stacks. (fbb lost them!). 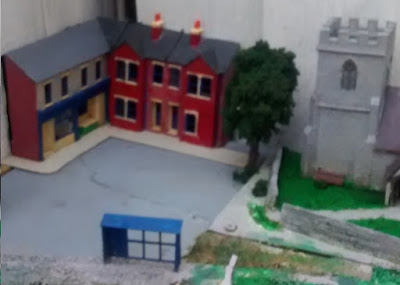 Thus with a couple of hours' work, the fbb model railway is almost back to normal after the ravages of a breezy season!