An irrelevant video clip!
It is unlikely that there is ANY resident of Sheffield that does not have a bus disaster story emanating from the revised network introduced on 1st November 2015. The "Sheffield Bus Partnership" (SBP) was a clever ruse created to overcome the disbenefits of competition in the city. In essence, amendments to the legislation allowed the Passenger Transport Executiive (PTE) to broker deals for the benefit of passengers.

In fact the main beneficiaries (the only beneficiaries?) of last year's upheaval were the two "competing" operators, namely First Bus and Stagecoach. Most services had their frequency reduced. The chops were no more than you would expect front prudent management and reaction to changing passunger travel patterns. Ever four minutes became every five, every twn became every twelve and so on,


Had the partnership just done that, there would have been anguish and complaints but it would have probably worked. But, reportedly under the influence of the now departed PTE director David Young ... 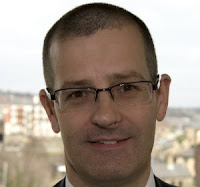 ... a new network was devised, not by Stagecoach or First, not by the PTE, but by consultants TAS.

It was an utter disaster. The timetables didn't work, there was insufficient capacity on some routes, the publicity varied between being incomprehensible and non-existent. But worse, long standing links, round which hundreds of people had built their working lives, were illogically and confusingly altered.

The politicians announced that they would "hold the Partnership to account".


The partnership began fire-fighting timetable changes in a valiant (and reasonably successful) effort to make the new network work. After these changes, blustered the politicians, there would be a Crunch Meeting.

Of course, this was always a hollow threat. The bus companies run the majority of services as a commercial business. They can only be "held to account" by their shareholders!

The Sheffield Telegraph reported on "Le Crunch" on Tuesday. Bus bosses and councillors sat round the high tables ... 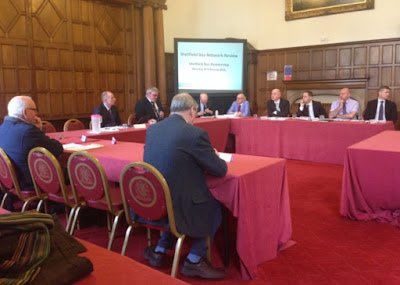 ... and members of the public watched as an audience; mostly armed with questions already submitted to the "Committee". 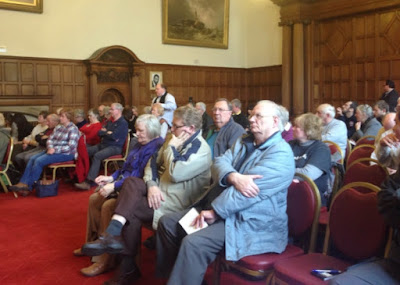 
Bus bosses conceded the changes had not gone smoothly, but said reliability and punctuality had improved since routes were again altered earlier this year, following complaints and a debate at Sheffield Council. 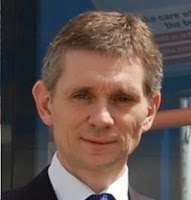 Stagecoach Yorkshire managing director Paul Lynch said: “We acknowledge that the early days were bad. There were a lot of things that didn’t work as we had planned or wanted. It was worse than we wanted and expected. We have worked extremely hard in the short term to analyse the data and bring in all the (further) changes that we have done.”

Addressing some of the complaints about lack of service in certain areas, Mr Lynch said: “Bus routes can’t serve everywhere. We have had a lot of complaints from people who wanted us to serve different parts of the city centre. If we agree to do that then we move the service away from somewhere else.”

City council transport planning officer Dick Proctor admitted the timing of the service changes could have been better. “Traffic always build up in the lead up to Christmas. They weren’t the best conditions for any changes to be made,” he said.

Now, fbb wouldn't dream of being critical of the Fourth Estate, but he above soundbites seem far too trite for a "Crunch" meeting.

... reported in much the same way, but did reveal a word of caution.

Councillors and transport bosses have pledged to keep working to improve buses in Sheffield after a public meeting showed a clear lack of confidence in city services.

Thankfully one of fbb's Sheffield correspondents attended the meeting and send a more substantial and more "honest" report to fbb on the following day.

This was really the scheduled meeting of the Sheffield City Region Transport Committee (SCRTC), i.e. the politicians.

The SCRTC meetings are usually held in Barnsley, but due to the Sheffield interest this was moved to Sheffield. The "Bus Review" meeting was held from 1000 and scheduled for 2 hours with the ordinary business of the Transport Committee in the afternoon.

There were about 60 members of the public present along with Paul Lynch (Stagecoach), Paul Hopkinson (TM Travel), Kevin Belfield, Richard Proctor (Sheffield City Council Planning Dept.), Stephen Edwards (PTE), other members of the SCRTC  and the meeting was chaired by Sheffield City Councillor Terry Fox, Cabinet Member for Environment and Transport.

This report will conclude tomorrow with more about the questions and comments asked and the operators' full and frank replies.

In the meantime another Sheffield contact has sent a couple of photos, one of specific "crunch" interest, the other of a more general nature.

This banner was on display outside the Town Hall, very visible to all who entered.

South Yorkshire Freedom Riders were formed in February 2014. This was to protest at cuts in South Yorkshire travel concessions for elderly and disabled people starting at the end of March. We had been able to use our bus passes all day from 9am and for free travel on local trains in South and West Yorkshire. On 31 March 2014 we held our first Freedom Ride taking a train from Barnsley to Meadowhall Centre, refusing to pay and showing our passes.

We are still campaigning for the return of free train travel - seeking parity with pensioners in London, Liverpool, Manchester and the West Midlands.

fbb's correspondent was happy with the bus picture but slightly concerned that Northern Rail had secretly been ordering new trains. 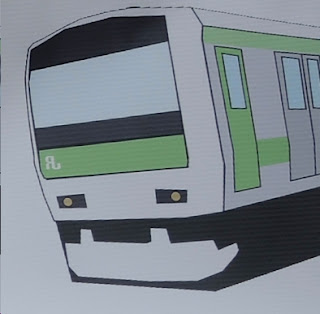 Some well informed blog reader may be able to identify the backwards "R" logo?

The other joy (?) was something fbb had not spotted on the streets of his former home City. The City Council's street maps still show the stops for the Freebee city centre bus service ... 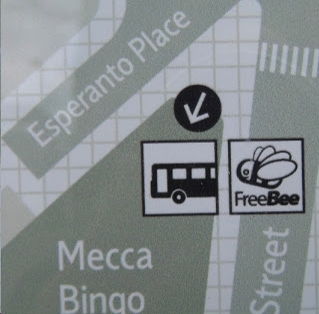 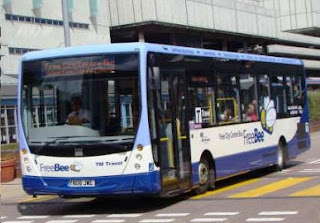 fbb did record its demise ... 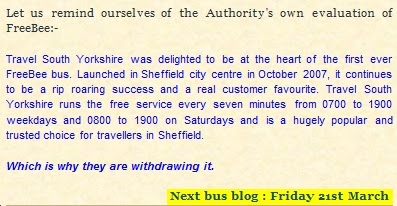 ... a consequence of the same budget cuts that took away the (arguably) lavish freebees for train-travelling pensioners.

Next crunch blog : Friday 4th March
Posted by fatbusbloke at 02:00