The Big Fight : Round One 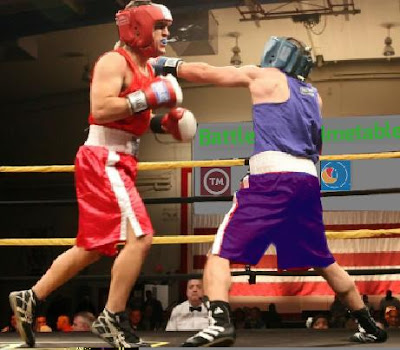 Welcome to Sheffield Arena. We are watching the big fight! The background poster gives a clue; it is the "Battle of the Timetables" and this final bout is between, in the blue corner, Stagecoach Yorkshire and in the red corner, T M Travel.

This will decide once and for all which company has made the best first of puiblicising infromation as part of the Sheffield Bus Partnership.

First Bus, the third major player, has failed to qualify. Its leaflets are riddled with errors and inadequate detail as reported by fbb earlier. See "Sheffield Shambles Shambles Stupidly On" (read again). The 75/76 leaflet is typical. 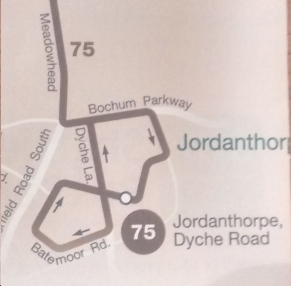 All buses run to Batemoor (lower left) which is the terminus as shown on the destination blinds. But Jordanthorpeis the terminal time point on the leaflet and Batemoor does not get a mention. 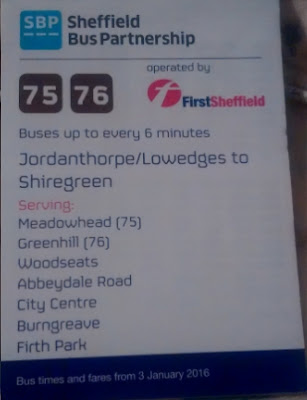 Examining the leaflet closely there are a smattering of journeys carrying niote "a". 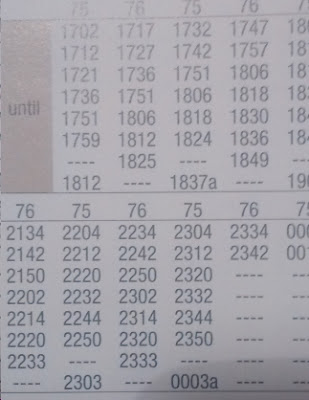 Which leaves the red and the blue teams. On-line there is not a lot to choose in presentation styles. Both are a bit of a mess but, on a points decision, T M Travel is in the lead.

TM Travel is a bus operator based in Halfway, Sheffield operating bus services in South Yorkshire and Derbyshire. Founded in 1995 as a family-owned operation with one bus, by March 2008 it had expanded to become the largest independent operator in Derbyshire. The company was taken over by the Wellglade Group in January 2010. 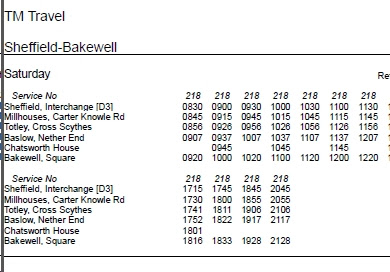 ... the tables are easy to find, in numerical order with helpful headings. Line 30 has nicely turned out route branded buses. 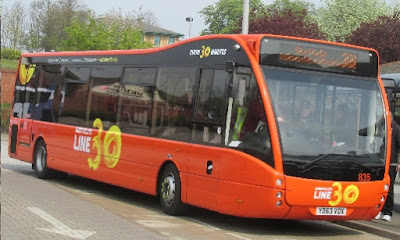 Future changes (here for the 218) are clearly shown well in advance.

The Stagecoach web site for location "Sheffield" has more twiddly bits, is configured for phones and tablets to the detriment of lap top and steam-driven computer users. You can search for "a timetable" ...

... and, again, there are two different styles. Of course, there is no index, so you have to know what you are looking for. Stagecoach-only route 88 has some sort of internal "working timetable" PDF file. It is headed ... 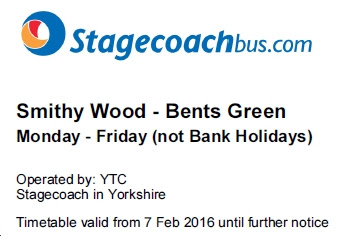 ... for a terminus at Bents Green but the timetable never gets there ...

... stopping half a mile short at Banner Cross. fbb has highlighted this farce before and, when challenged about it, a senior manager said, "I don't know why it does that, I thought they had sorted it out." Well they haven't.

Or you can search for "a bus". Again we are offered a service to Bents Green ... 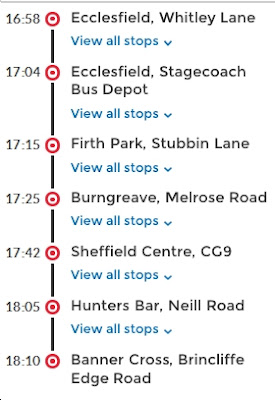 ... which never gets there. It doesn't get there on the adjoining map, either. 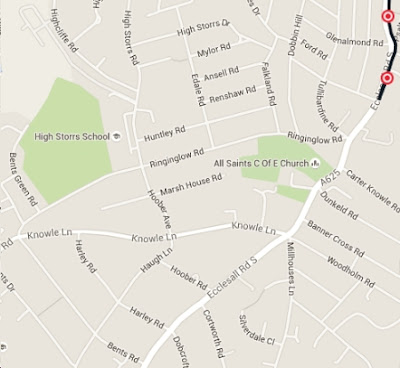 Bents Green is at the junction of Knowle Lane, Rininglow Road and Bents Road (lower left); the terminus of the 88 is shown top right. And the buses do go to Bents Green, honest; it says so on the front ... 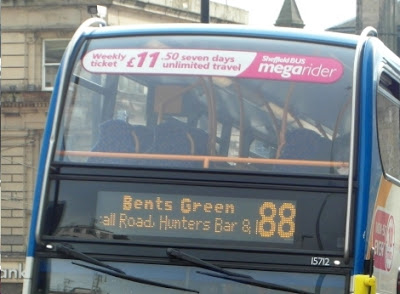 Where "Partnership" services are joint with First Bus, Stagecoach gives up completely and links to the South Yorkshire PTE timetable pages ... 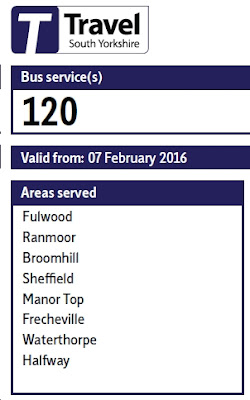 ... with 10 A4 sheets to download and print out. Again, fbb has expressed "some concern" over the poor quality of these "leaflets" as seen here with non-repeating repeat patterns. 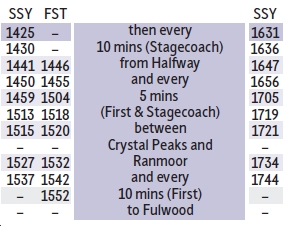 Of course, for most purposes the service 120 is frequent enough to make it unimportant; BUT it can lead to mistakes. A chum of fbb mis-read the timetable and missed an onward train with consequent chaos.

But mostly, and with unnecessary effort, you can at least find timetables. It could be worse.

But Round One is a clear points win to T M Travel.

Tomorrow; Round Two : printed material. Should be fun!

Next pugilistic blog : Friday 18th March
Posted by fatbusbloke at 02:00