Is West Bay the Best Bay?

Think Reggie Perrin whose opening titles were, according to the interwebnet, filmed on the beach at West Bay. 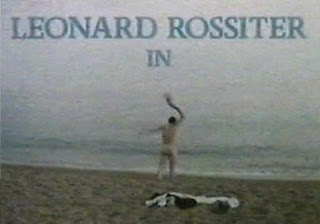 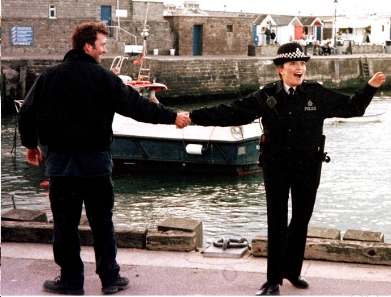 And, of course, we all remember laugh-a-minute David Tennant going through a seemingly eternal mid-life crisis beneath the gorgeous East Cliff at "Broadchurch"; his mind racked with the pain of not being Dr Who. 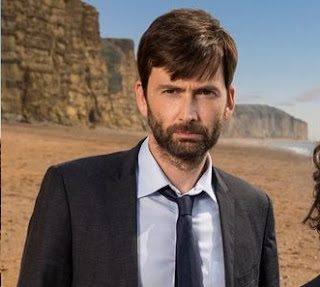 The beard didn't suit him at all and made him even more grumpy. Mrs fbb, who was an avid Broadchurch watcher, spotted the hut where that woman, you know, thingey, was hidden away to make a storyline for series 2. 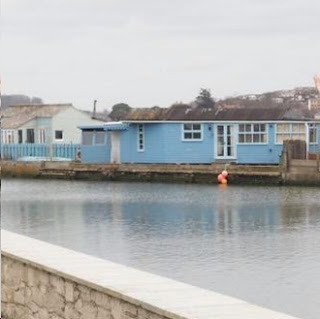 Which blog-worthy fact tells our avid readership that the fbb's went to West Bay yesterday. The plan, you see, on moving to Seaton, was to take a "Friday Trip" each week or so. In nearly three years they have managed about seven! 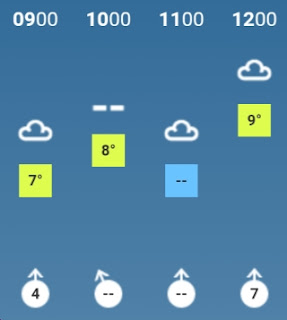 Apparently between 1000 and 1100 weather did not exist and the predicted temperature would drop to absolute zero (minus 273.15 degrees Celsius) at which juncture all atoms would cease to vibrate and the universe would come to an end, "not with a bang but a whimper" (T.S.Eliot).

Obviously it didn't happen otherwise this blog would not exist either.

Back in the far off days (last year) before First Bus ruined the X53 Jurassic Coaster ... 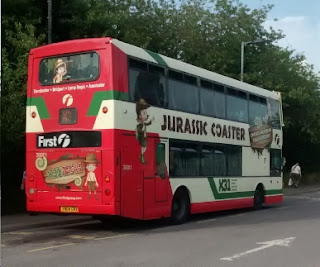 ... west of Lyme Regis, the fbbs could have gone by bus.

There were journeys every two hours allowing a pleasant stay in Reggie, Nick and Grumpy-land and an adequate return schedule; all for nowt on their old bids cards. 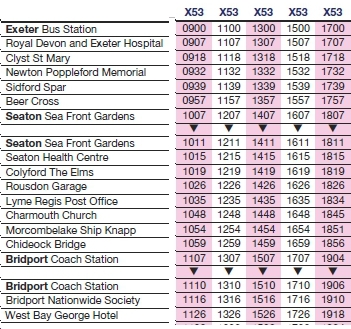 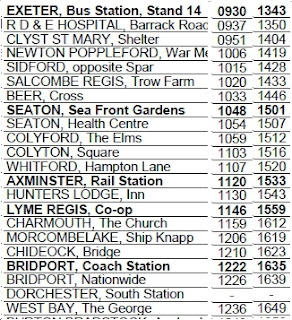 So they went by car. If the TV series' quaintness had encouraged you to think of quaintness in reality, please don't. Architecturally West Bay is a dump. It's ancient role was as the harbour for bustling Bridport, bringing in hemp to be made into rope for tying up ships to enable Britannia to Rule the Waves.

The quayside was busy even in the early 1900s. 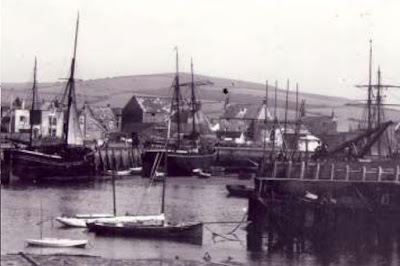 Tourism did not even happening until between WW1 and WW2 with a smattering of holiday-type cottages seen below in the 1950s (?). 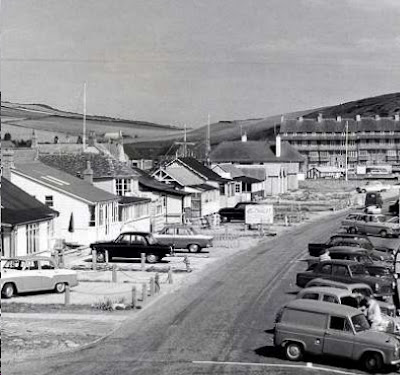 So it might have been an interesting place in a weird sort of way. But today, quaint, it ain't. Alongside modern holiday apartments in profusion ... 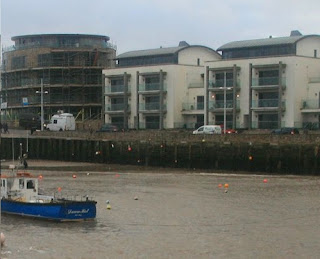 ... and a large caravan site bang in the centre of the village ... 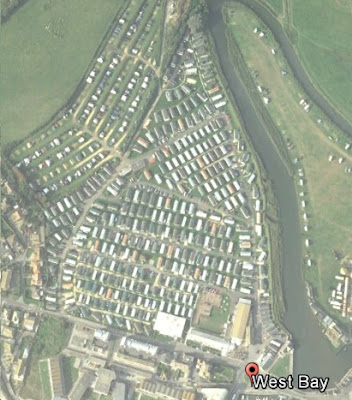 ... the most noticeable feature was fish and chip shops/stalls. 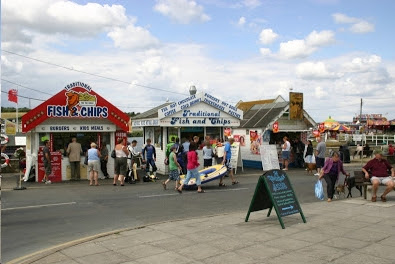 fbb counted at least seven, of which five were trading at 1400 yesterday.

Also spotted was an X53, but not from Seaton; it was an Axminster starter. Note the excellent Jurasasic Coaster livery. 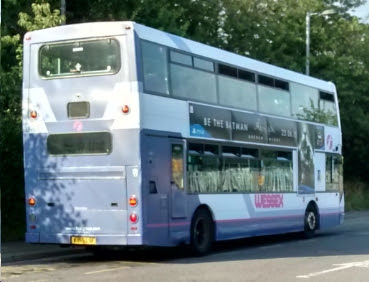 But West Bay has another bus service. 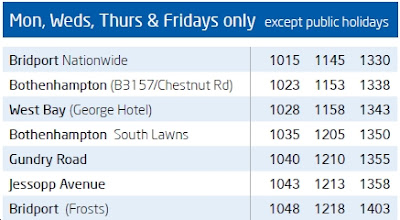 Damory (GoAhead in a poor disguise) 44 runs as above, plus Saturdays, serving Bothenhampton as well as West Bay. Think of it as a Bridport local route. 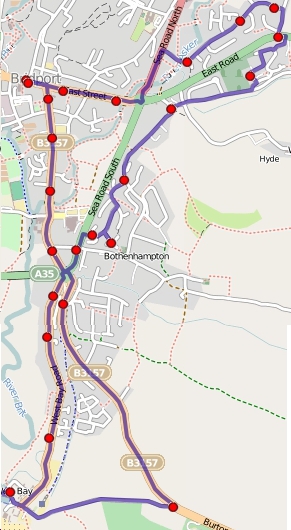 West Bay is bottom left. fbb did spot at 44, but it was on the other side of the harbour and, lacking a working rocket back pack, fbb couldn't get close enough. It looked like one of these. 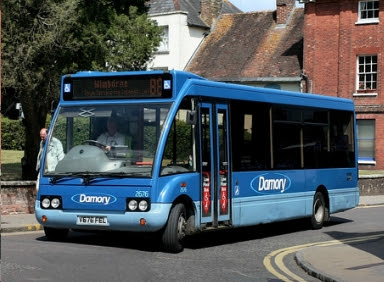 But, we hear you cry, wasn't there a railway line to West Bay?

Indeed there was, as we shall reveal tomorrow.

Next rail blog (plus Eccles cake)
Sunday 13th March
Posted by fatbusbloke at 02:00