Don't Believe What You See On TV!

In a recently broadcast documentary, watched by fbb during the worst of his recent (and continuing) attack of the Rangoon Nadgers, much was made of the East Lancashire Railway "doing" a wedding. Obviously the televised nuptials were a huge success and everyone had a frabjous day, callooh callay!

At least one Trip Advisor wedding customer would not agree.

What went right? Not much! After the wedding we were having our photographs and were interrupted by guests who had gone to collect tickets to advise me the staff member did not have very many tickets- people that had pre booked them were found without tickets and I myself had booked five and my own was missing.

The steam train was getting quite late and I was becoming more and more stressed as we had other guests at the venue waiting for us, catering etc. the staff member then told a guest (not even myself) the train had been cancelled.

They sent a replacement almost an hour later that was a diesel train, filthy and had no separate decorated carriage for my guests. As the train was so full as one had been missed, all the guests were split up amongst the random public.

When I emailed to complain, the reply was comical. Not one ounce of customer service at all. Not even an apology or reimbursement or anything which was awful, especially with the amount of custom I have brought them.

Reading between the lines, however, the above was about people who had booked on the railway as part of their wedding entertainment; whereas the programme was about the full works, champagne, nosh and decorated platform plus a ride on a special exclusive train.

At least four times the voice-over informed us that this all took place at Bury Street station. There is no such station anywhere on the UK network nor never there was.

One of the bits of blurb was spouted as the cameras passed by a picture of the station sign! 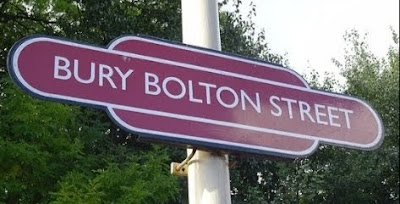 Then, as if to add insult to injury, viewers were told that the special wedding train would be hauled by a Great Central Railway 4-6-2 Express steam engine.

In pulled the East Lancs Southern Railway locomotive, distinctive to all railway enthusiasts and well recognised by less dedicated followers of ferroequinological fashion. 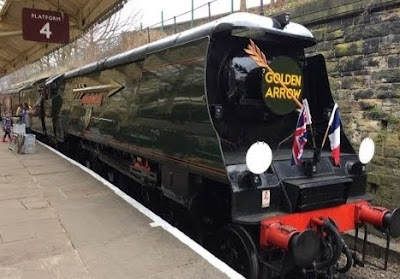 The Great Central Railway does have a similar locomotive, but as rebuilt by British Railways removing the "spam can" streamlining tin box - although we have to call it "air smoothed" these days. 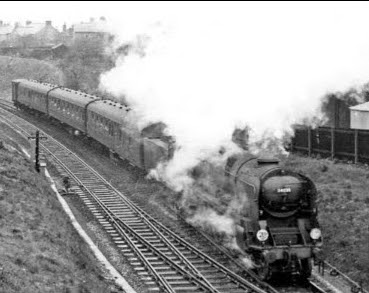 Coming soon to a blog near you, Channel 5's "take" on the history of London's iconic routemaster bus.

Decidedly Damp on the Banks of the Don
Most places that flooded recently in South Yorkshire have always flooded; fbb remembers some incidents when he was at Uni in Sheffield 63 to 66. The railway bridge at Heeley is an old favourite. 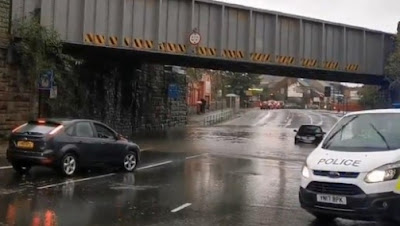 The trouble now is that there is more stuff to get flooded, notably Meadowhall and Parkgate shopping centres, built on the banks of the River Don.

Apparently, things built very near rivers are more likely to get flooded than properties further away.

But here's is a happy-ending tale of a First Bus single decker in Rotherham.

It did not make it round the roundabout ... 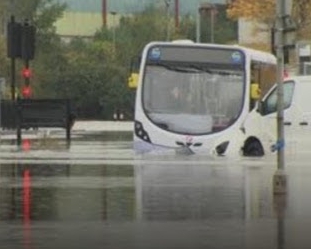 ... with passengers still on board.

Enter the noble lads with inflatable boat, propelled through undergrowth at the edge of the road. 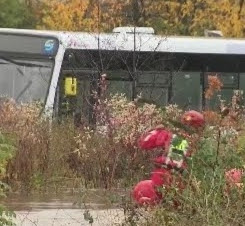 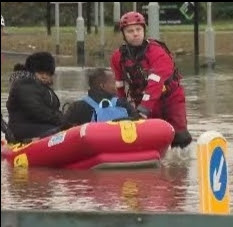 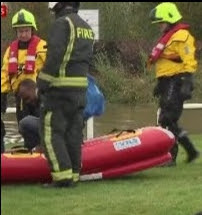 Well done all concerned; except, perhaps the First Bus driver who risked it and then wished he hadn't!

Did They Buy Too Many?
fbb has been following, with considerable interest, commercial doings in the world of model railways. 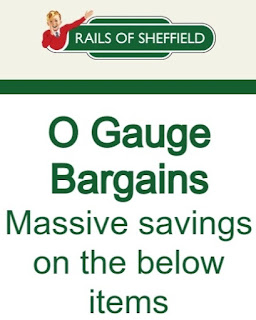 O gauge stock is almost twice the size of OO (four times the volume) and consequently much more expensive. "Rails" have offered discounts on some of their Heljan lines before, but now prices are almost ludicrously low compared with the originally advertised levels.

How about a beautifully formed diesel shunter? 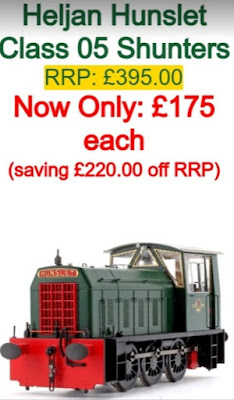 Or a GWR prairie tank loco? 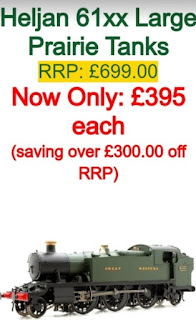 Or maybe a DMU parcels car. 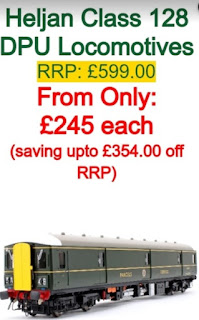 Actually, were fbb in a financial or spacial position to upsize to "O" gauge, he rather fancies the latter in Post Office red. 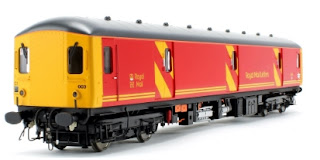 Maybe as a "display" model?

Lest We Forget.
In recent years, there has been a heartening growth of poppyisation for Remembrance Sunday. Here is this year's offering from Stagecoach in Exeter. 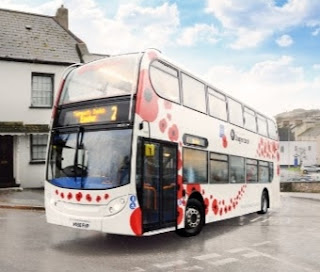 It is good that we an reflect and remember but perhaps better is to join out hearts and minds in prayer for God's forgiveness for those who drive us to war and destruction and for Churchill's "jaw jaw not war war".

A non public transport commemoration comes from the churchyard at Slimbridge in Gloucestershire. 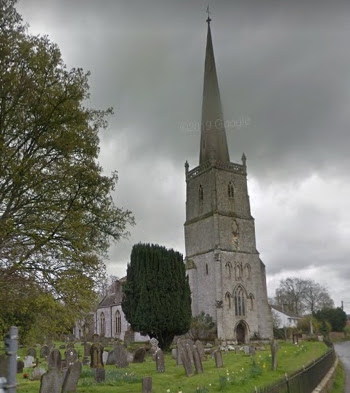 Ghostly but powerful sculptured images as Tommys stand sentinel at the graves of the departed. 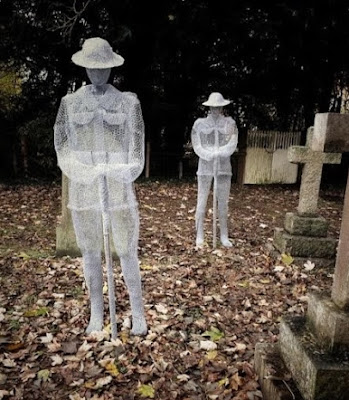 We WILL remember them.

Next Drenching in Denchworth blog : Monday 11th November
Posted by fatbusbloke at 02:00