What is this strange construction of canes and string in the hallway of fbb mansions. 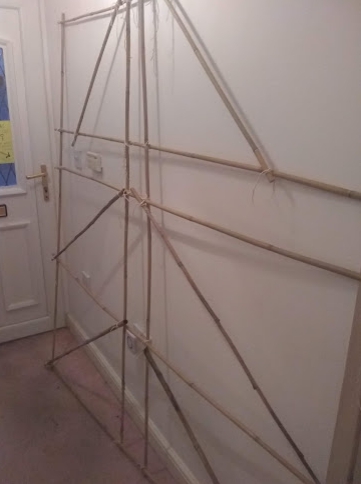 Rosso Rejoices : Rejuvenation in Rawtenstall
In the 1960s Rawtenstall was blessed (?) with a temporary bus station.

This was replaced by a "state of the art" new facility. 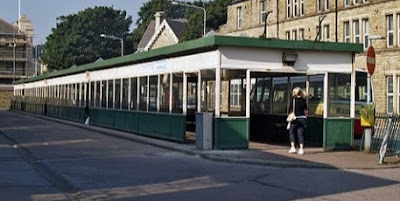 By the late 2010s this "art" was in a very sorry state and Transport for Greater Manchester decided to build a shiny new one ...

To celebrate, the main bus company that will use it (Transdev Rosso) had produced a promotional leaflet. 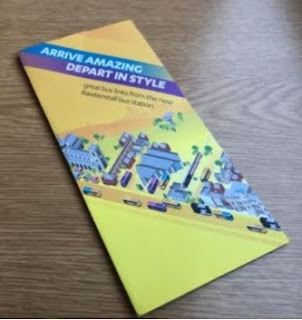 Containing a simple diagram of Rosso's services in the town ... 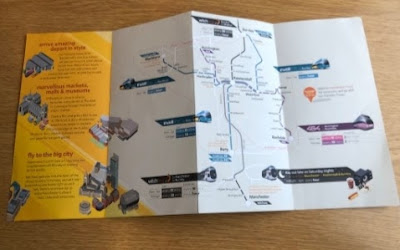 ... plus a voucher for one return ticket, it was distributed house to house and to all businesses in the town. Free offers! Why don't we see more of them. Why don't bus companies learn from the supermarkets and start SELLING their product.

464 To The Fore?
Whilst following up Rosso on line an on twitter, fbb came across this. 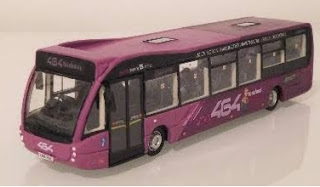 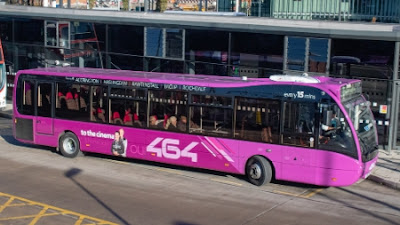 Most twitterer wanted to know where they could buy one. Sadly they can't. It was skilfully created by a Rosso "enthusiast", a repainted version of one of these. 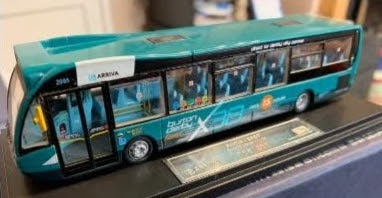 It was commissioned by TTC Diecast in 2013. 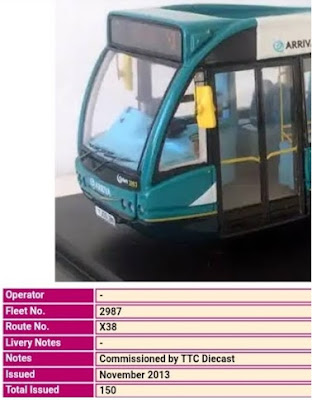 Talking Of Painting ...
fbb's ability is several levels below the Rosso bus quality. A purchase of a vintage Triang tank wagon for not very much on EBay brought him a rather battered model. 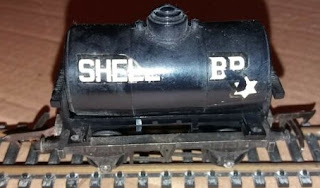 A shaky touch of off-white paint, mixed on fbb's palette (plank of wood) filled in a few gaps and a touch of varnish sealed the peeling transfers. 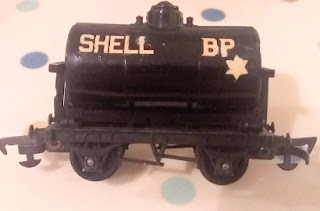 It is a bit "bodge and dodge" but "from normal viewing distance" (i.e. though heavy teeming rain or a November fog) it looks much better than "as delivered". Likewise the Playcraft tank wagon ... 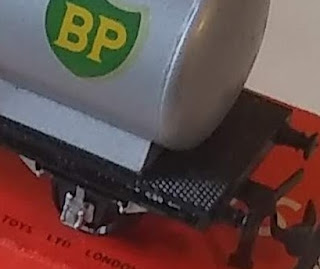 ... had been "modified" by its previous owner. Bits of the underframe had been painted silver. Old tank wagon underparts are inevitably caked with a mixture of dead oil and grease and, in some places, rust. No one would bother painting them silver. So fbb painted the silver bits black. 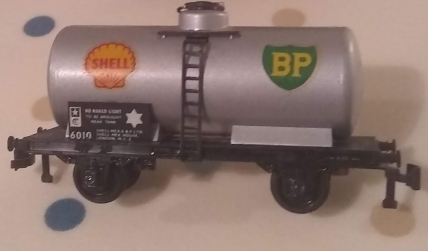 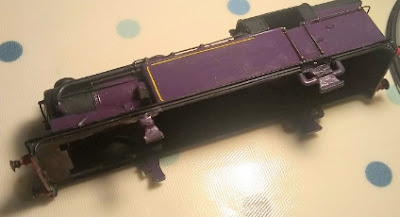 Beautiful Beamish Building
A few blogs back, fbb reported on the completion of a "generic" bus depot at the open air museum.

It was formally opened last week with three Northern buses in attendance. 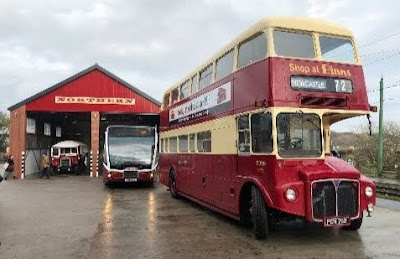 The Routemaster is beautifully preserved but notably one of GoAhead's single deckers has been decked out in "heritage" Northern livery.

Doesn't it look rather swish?

Why? It's even had a radiator and company badge added! 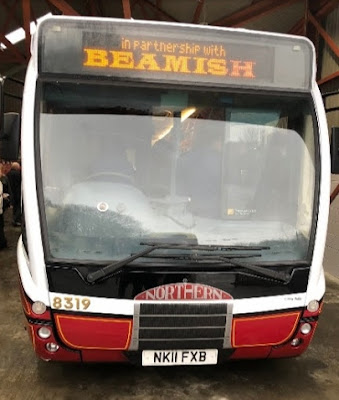 Is It Really Goodbye?
It will be soon, "real" ful length HSTs will soon be a thing of the past.

L N E R (our nationalised railway company) will be running its last HST in a few weeks. 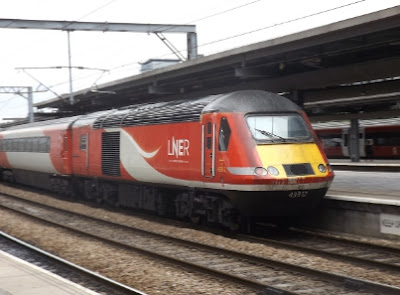 Rumour has it the the very last HST will be repainted (or vinyl wrapped) in the original "flying banana" livery for the farewell tour. 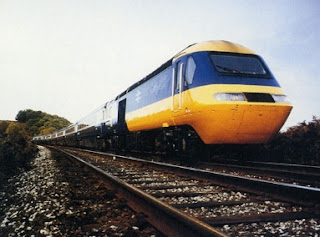 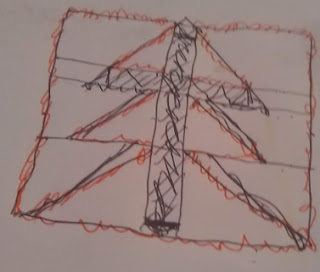 Next Accumulation blog : Monday 25th November
Posted by fatbusbloke at 02:00