Readers may well remember that a foot crossing on the Great Western main line between Grove and Denchworth was a possible locus in quo for fbb's observation of First Great Western Railway expresses. No 1 son eventually took the old man to the new footbridge between multi-storey car park and station entrance at Didcot ... 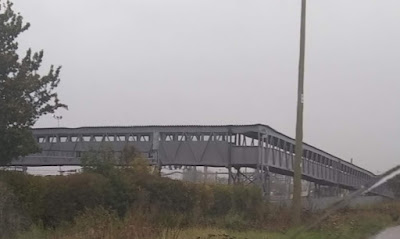 ... where much observational fun was had by all, sheltered from the pouring rain! The foot crossing alternative would have been very soggy. 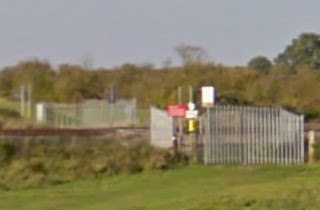 Going back pre WW2 this right of way would have been the only direct route between Denchworth and Grove (just off the map, bottom right). 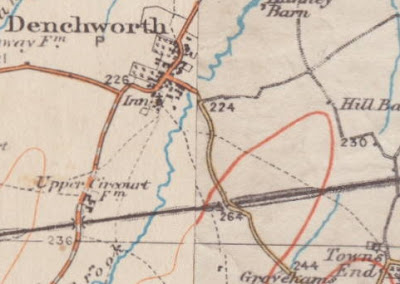 With the opening of Grove air base in 1942, the old road south through the base was closed and a proper road provided from the railway bridge, parallel to the tracks then curving gracefully round to Grove. 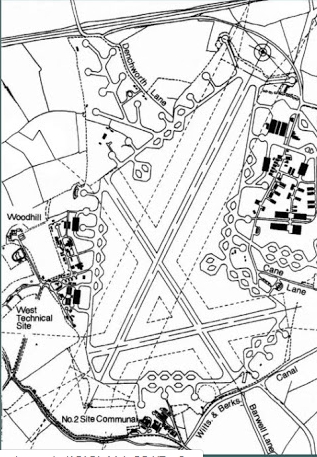 The above map shows the new curve (top right) and the old Denchworth Lane and Barwell Lane cruelly interrupted by some runways! A modern map extract confirms that the pathway was diverted to join the new (in 1942) road. 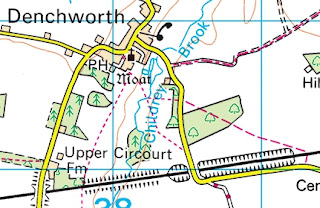 The long red dashes signify not a footpath but a bridleway. An alternative map shows the bridleway in green ... 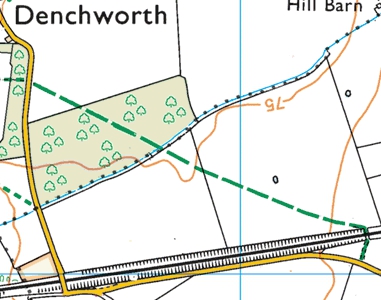 Which is where the problems begin. A bridleway (there's a clue in the name) provides for pedestrians, cycles, horses and other animals but NOT motorised vehicles.

This was enshrined (re-enshrined) in legislation in 1988 and as later amended. 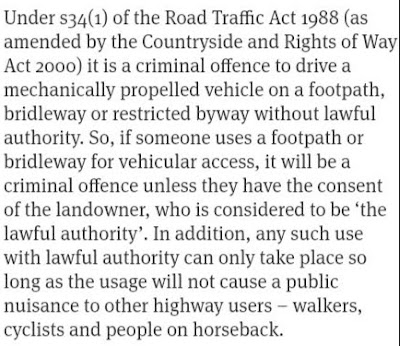 Under certain circumstances the landowner may grant the right for motor vehicles to use a bridleway, a situation which can be difficult to prove either way and is often contentious.

Clearly a foot bridge would be considered unsuitable for a bridleway which is why the flat crossing remains.

Then evidence for the track as it crosses the road nearer to Denchworth is clear from the little green finger post ... 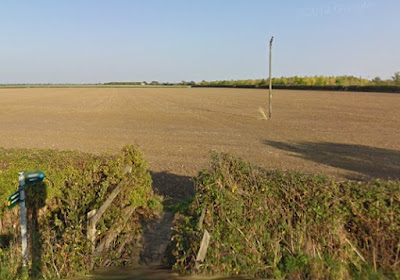 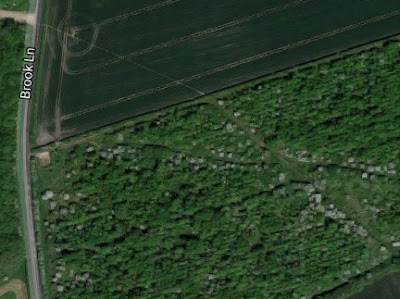 But a bridleway it is and a bridleway that crosses a very busy railway line. It follows, therefore, that Network Rail has the job of designing and maintaining a safe crossing for walkers, cyclists, horses and other animals - even if the route is little used.

Closure would undoubtedly bring a "pitchforks at dawn" response from country folk, despite that fact that there is now a road route where once there was none. 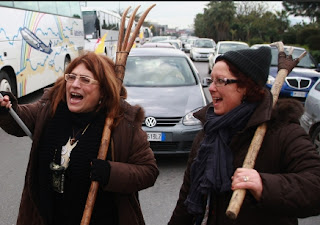 So it was that No 1 son and No 2 grandson paid a site visit to said crossing, in the wind and the rain, one week after the fbb's had returned Seaton-wards. 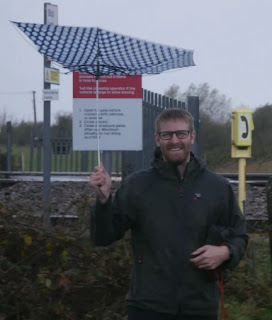 The weather was wet and windy! 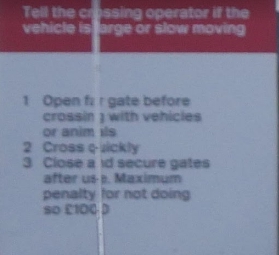 Although the signs did mention vehicles, No 1 son was fairly certain that you could not actually get a vehicle across, except, perhaps, a quad bike.

But there were warnings a-plenty ... 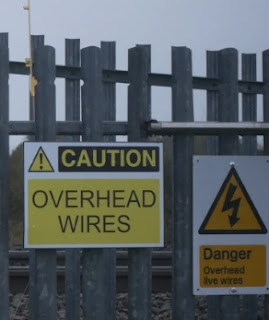 There was the bog standard generic warning ... 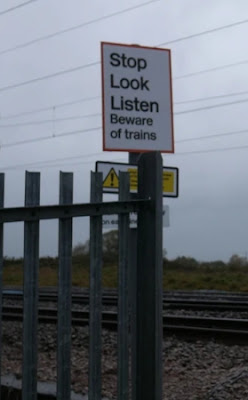 ... plus a catch-all red frightener advising a phone call to the "crossing operator". 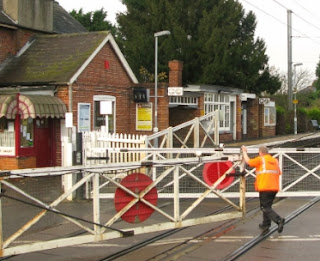 Except that, of course, there is nothing to operate. 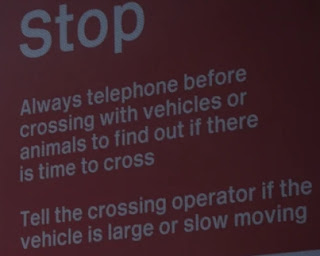 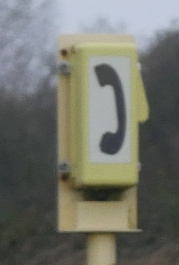 Fortunately, for the safety of all concerned, the track is straight with unimpeded views at this point; but the whole set-up was described by the damp and wind-swept visitors as "very scary"!

No 2 grandson enjoys making videos, and as a conclusion to this intriguing episode, his take of the Denchworth foot crossing is spectacular and ...
... really very scary!

Yet again, you do wonder whether the railways should be obliged to provide this "safe" facility for very few users.

And, for the record, please note that the rest of the former airport site is now being developed with a huge housing estate. 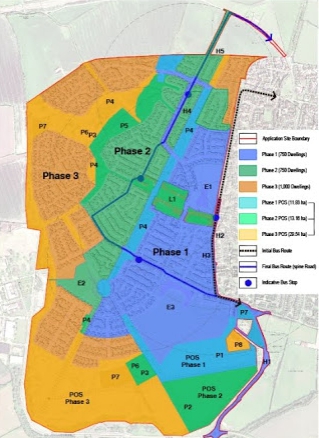 The Denchworth road and bridle way are top right. The estate has been names as Wellington Place after the bombers that once used the air base.

Next Routemaster blog : Wednesday 13th November
Posted by fatbusbloke at 02:00