The Challenge of Chesterfield

In the current (December) edition of buses magazine is an article by Phil Stockley one-time colleague of fbb at Southern Vectis. Its title is a little mysterious.

It is not about grease nipples, unconformable seats or the hazards of tight trousers when travelling in minibuses; it is all about the difficult that an "innocent abroad" has in making many (most?) bus journeys. Phil's views accord greatly with those of fbb (he always was a"good man") and one of his concluding paragraphs really does "hit the spot". 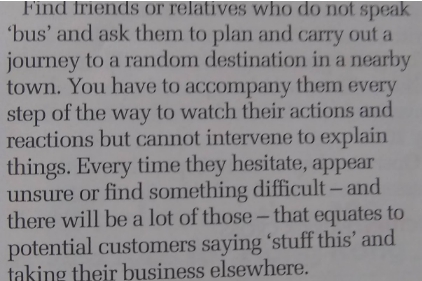 Such would be the effect of this departure list display at stop B14 New Beetwell Street in Chesterfield. 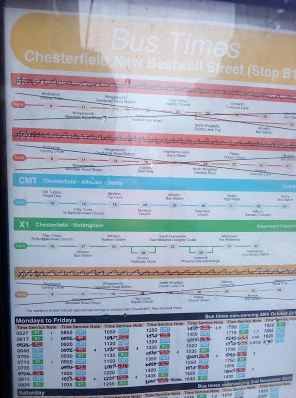 If the befuddled passenger were to find his way down to the hastily scribbled note at the bottom, and if said passenger spoke "bus" he might, just might, be able to work out what was going on. 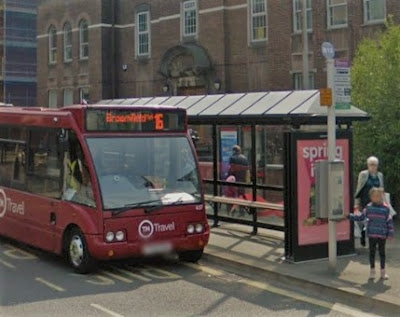 Or maybe they were always there?

How this bludner could happen is unknown to fbb; suffice it to say that stops are correctly labelled on Google Maps. So someone must have known! 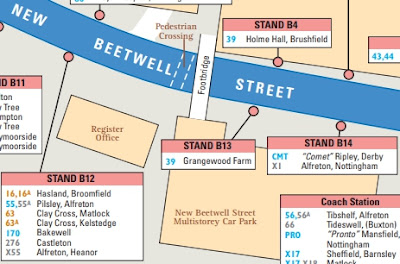 In the absence of technology, someone at Stagecoach has had to resort to old fashioned technology and "stick" using "glue" a copy of the "printed leaflet" in the timetable frame at B12.

Older blog readers may just remember when such laughably outdated technology was the norm. 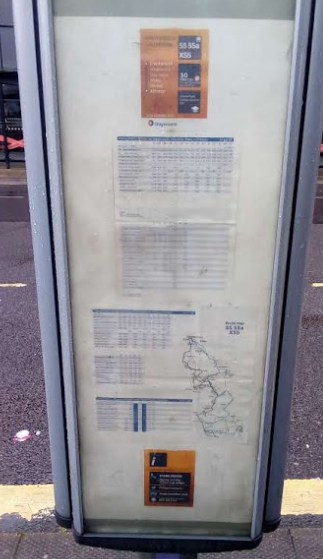 The resultant information is close to being illegible due to small print on the weedy Stagecoach minimalist leaflets (wouldn't want to encourage too many passengers, would they?) and the dirty glass in the frame. At the same stop Hulleys have resorted to pasting an "enlargement" (more tricky old tech!) of their timetable on the glass of the shelter.

But Derbyshire have their Omnitimes system for printing out standardised departure sheets in the usual dodgy format.

Dodgy? You bet. Back to the unfortunate B14 stop.

What, pray is CMT? Of course if you speak "bus", particularly the Derbyshire dialect of "bus", you might know that CMT is Trent's "Comet" route ... 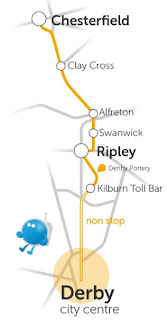 ... running every half an hour between Chesterfield and Derby. 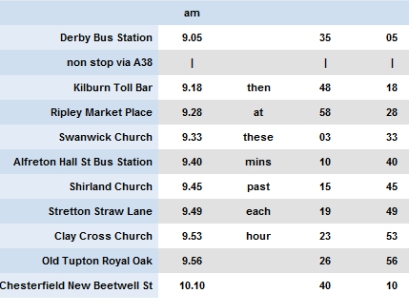 It used to be part of the Red Arrow (Nottingham to Derby) much extended, and before that was the slow and tedious route 44. 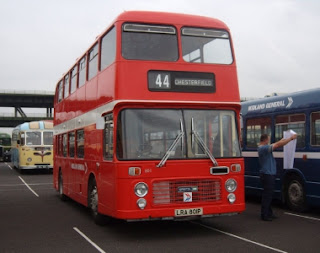 But it has never been called CMT! 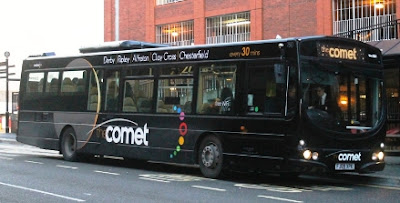 There is no sensible reason why the less than effective Derbyshire system should not show "Comet" rather than CMT. Even if their software is too old and creaky to modify, there is always the option of cutting out some labels (with "scissors" - another term from pre-history) and affixing them to the confuser output.

Even if we can read the Stagecoach timetable at stop B12, we may have already suffered numerous "Friction Points" with the company's web site. 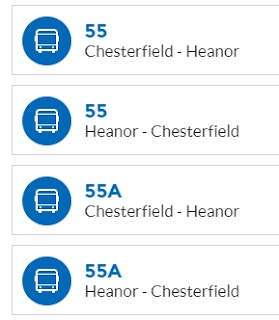 Click on any of these four headings and you get the same PDF timetable with absolutely no journeys on 55 or 55a (the Sunday variant) to Heanor! The only trip to Heanor is college days X55. 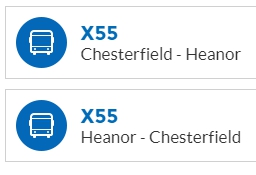 One out of five right is a poor mark indeed.

While your friction is being pointed, click on service 56 in the index (as shown on the map for service 55) ... 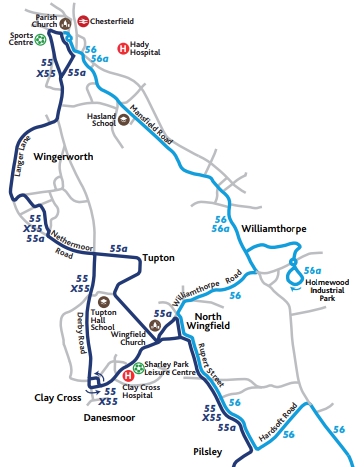 ... and up pops the service 55 PDF timetable leaflet again. No sign of route 56!

As a final and farcical act of futility, why not check which stop you bus will leave from sing the posters displayed at New Beetwell Street. 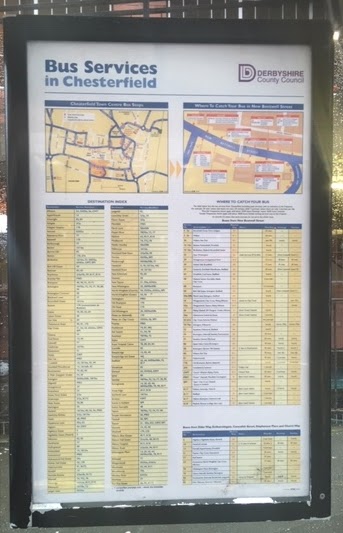 Maybe a bus to Newbold?

You need the 1 or 1a! While we are on the screenshot above, the 1/1a is also the bus for New Arkwright.

Or maybe a bus to the East Midlands Designer Outlet?

Best bus is the new X1, Chesterfield to Nottingham.

Now what about the new faster service to Bakewell? Hulleys X70.

It is a Derbyshire state secret.

Doubtless "the lads" at Debryshire HQ will vociferously complain that their staff numbers have been cut, that they simply do not have time to do a good job and they are sorry, but ... surely, if it cannot be kept up to date, the offending poster should be removed. Better and empty fram that wrong information.

fbb has huge sympathy. Keeping data up to date; ensuring that timetables tell you where the buses go rather than what the computer says; helping the public - these are all hard work.

But do we want folk to travel by bus rather than car - or not? If we do IT MUST BE DONE BETTER! and that DOES NOT (necessarily) mean yet more complex computerised clutter. It needs real live people who know where the buses go and can communicate this information to the public - now rapidly abandoning public transport to rub Germolene on their Friction Points. 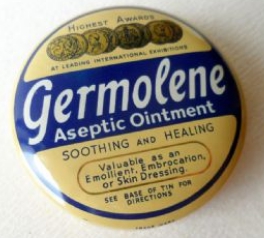 And stop bleating on about costs. Think more about encouraging new passengers.

And then again, why do the bus companies tolerate this sad state of affairs from the County? Maybe they simply do not know how bad it is?

Perhaps it is not just the "bus ignorant" passengers who should be observed struggling with public transport information and practice - maybe senior managers should be taken blindfolded in van to some obscure part of the UK (e.g. Chesterfield) and challenged to find their way to somewhere else.

And a PS. fbb's Chesterfield correspondent sent one other picture of a stop frame elsewhere in Chesterfield. 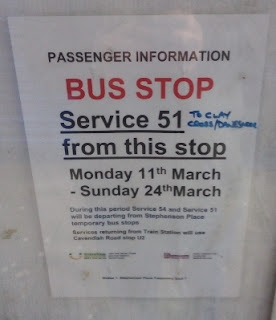