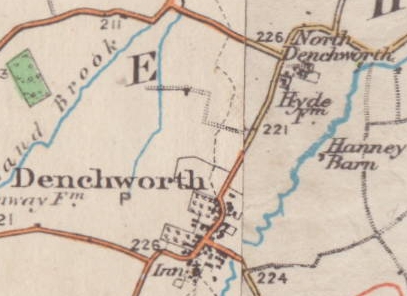 North Denchworth was (and still is) a couple of farms and their associate residences, ignored and unloved as a community on modern maps. 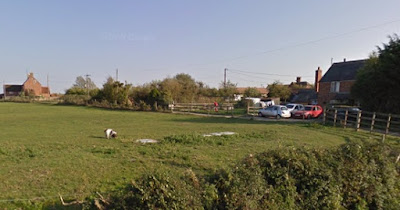 It was to Denchworth that the fbb and family repaired on the Sunday of their recent Wantage visit for a top-class nosh at the village pub. 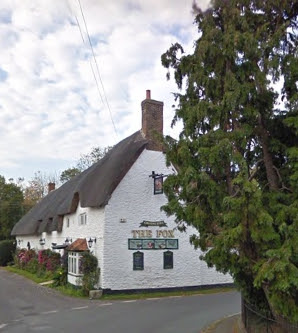 The carvery was excellent! 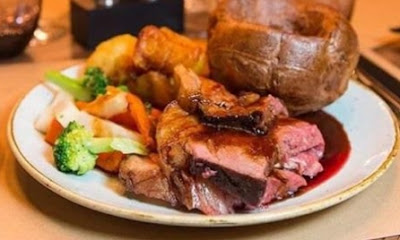 A tad further down the road from the Fox is the church ... 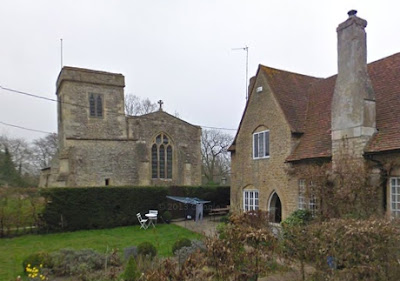 ...and careful observation reveals a public footpath veering off the village lane towards and beyond said ecclesiastical edifice. 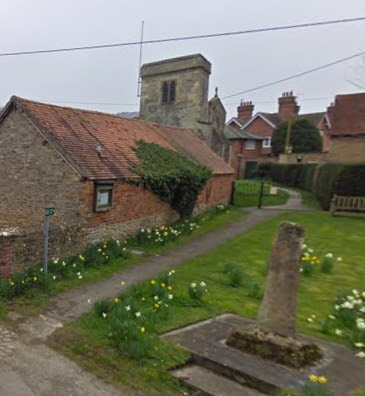 A Google aerial view further reveals that this pathway is the beginning of a series of routes south and east from the village. 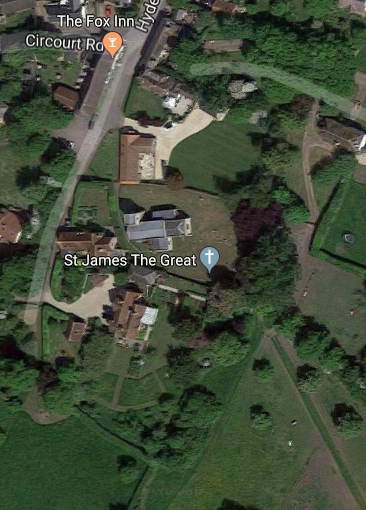 The metalled road between Denchworth and Wantage was utterly disrupted by the building of Grove RAF station (opened in 1942). Denchworth is off the map top left, Grove upper right ... 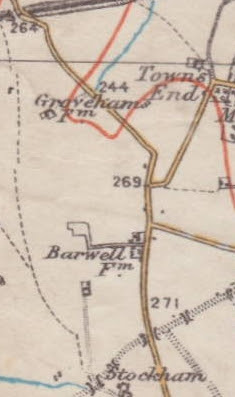 ... and Wantage at the bottom. This aerial view shows the extent of the facility ... 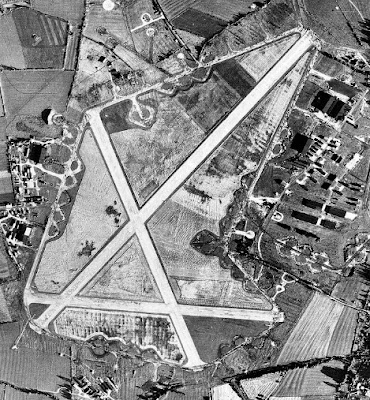 ... and a modern map extract shows new development at Grove taking on the "shape" of the accommodation and admin buildings of the old base. 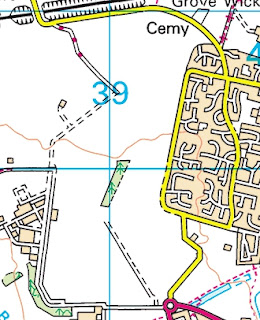 So back to the footpath network south and east from Denchworth village. 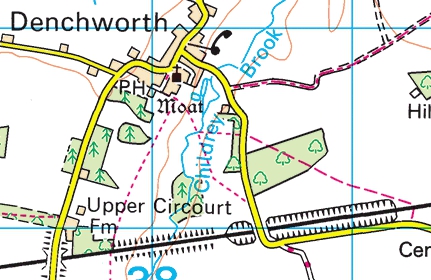 The westernmost track passes close to Upper Circourt Farm then crosses the Great Western main railway line, now electrified. As part of the electrification, this crossing has been provided by a shiny new footbridge. 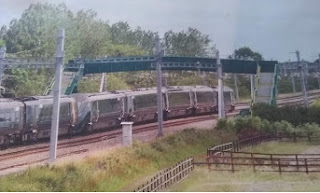 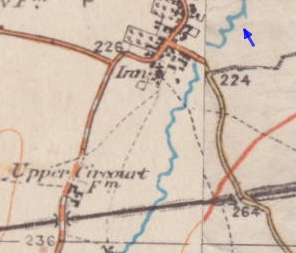 ... has, at some stage in its recent history, been diverted onto the road ...

... across the railway and then along the track of the old road south to Wantage. 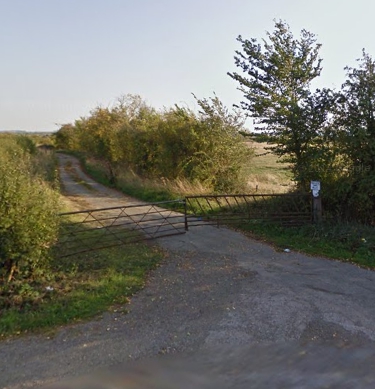 The sign on the gate suggests that the land owner wishes to discourage its use!

Thus it can be seen that two of the pathways are successfully and safely carried over the busy railway, electrified at 25,000 volts and with relatively silent (First) Great Western Railway electric trains whizzing by at anything up to 125 miles per hour.

As an upstart newcomer to the ancient history of rural England's byways, the intrusive railway has had a heavy responsibility to maintain routes across the tracks and, in so doing, ensure the safety of pedestrians - even if very few use the path nowadays!

But the comfort of bridges new or old is not available on the easternmost path, that which leads direct from Denchworth to Grove.

East Lancs Railway Comical Commentary - a P S
When fbb penned his piece in yesterday's blog covering some laughable commentary on the railway programme recently broadcast on TV, he could not find the actual programme to include a few screen shots. That's because he was searching on Channel 5!

The programme was one of a series entitled Steam Train Britain. 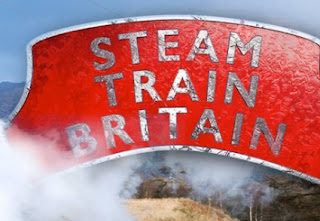 It was transmitted on the channel "Yesterday" once known as UK TV History. UK TV is the good old Beeb (BBC) in a skin which makes the errors even more appalling.

Lord Reith would be turning in his grave ... 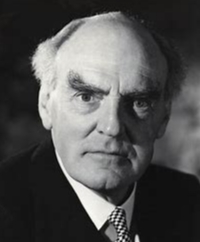 So, here is Sophie, the wedding organiser at the East Lancs Railway, putting the headboard on the Great Central 4-6-2 locomotive ... 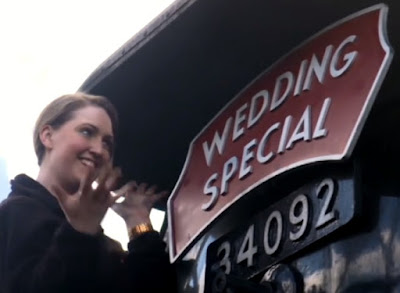 ... and here is the decorated alcove where the bridge and groom will be wed.

And we must not forget the signs for Bury Street station ... 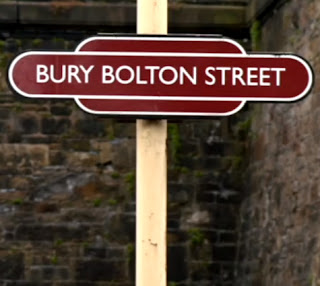 ... this one filmed as the commentator announced the erroneous name!

Occasional correspondent David emailed to point out another daftness which fbb missed. Apparently coal for the Great Central locomotive was delivered on a diesel engine. 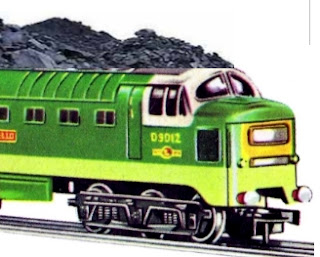 Next Denchworth blog : Tuesday 12th November
Posted by fatbusbloke at 02:00