As part of fbb's on-going but slow recovery from the Rangoon Nadgers, the old man has been watching far too much telly than is good for him. One such programme was an episode in Channel 5's series about transport in London.

The programme trailer was effusively exciting and announced that a feature of the episode would be a new bus for London based on World War 2 technology! The vehicle in question was, of course, the iconic Routemaster. 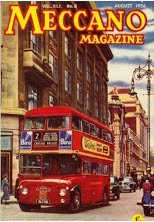 An interested 11 year old fbb grabbed his delivered edition of Meccano Magazine and read the lead article avidly, disappointed that such a splendid vehicle would be unlikely ever to grace the streets of Northampton - not in normal service anyway!

And where was the radiator?

The programme showed pictures of Routemasters being built - except they weren't. They were, obviously to most, RTs on the production line at Aldenham works! 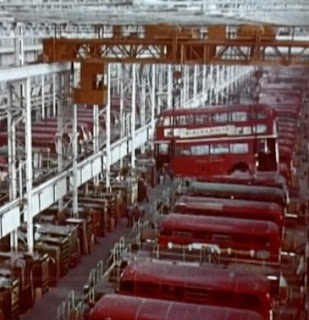 There was even a close-up of this amazing new London bus being "assembled" ... 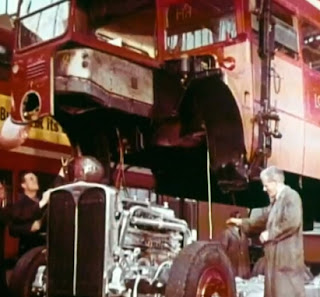 One of the most ghastly inexactitudes was when the voice-over informed the eager viewers that the biggest innovation for the Routemaster was its open rear platform, allowing passengers to hop on and off with ease. Again the illustration was as inappropriate as the commentary! 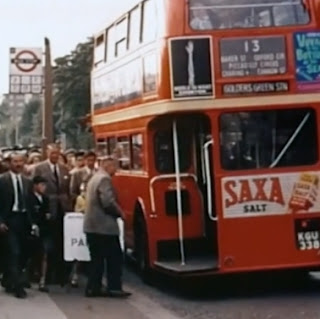 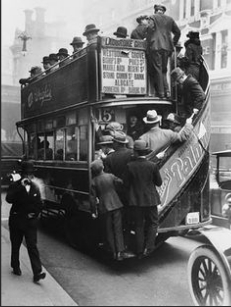 ... until well into the second half of the 20th century with the arrival of the rear engine front loading decker and later one man operation. 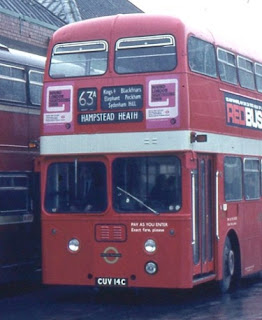 But the Routemaster fake news was not the only laughable piece of very poor journalism.

Well, no, not really. We were shown pictures of controllers in front of computer screens covered with coloured arrow symbols ... 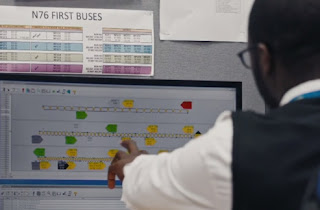 ... which showed where every bus was and whether it was on time. This was a glimpse of London's i-bus technology. 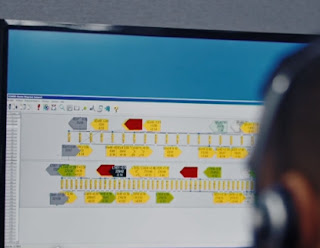 We were told that buses could be held back (but not speeded up?) to ensure that buses were evenly spaced. One interviewee implied that before this wonderful technology you could wait over an hour for a bus then three would turn up at once; the implication being that such horrors were a thing of the past.

fbb is not sure that all London bus passengers would agree!

For an informed viewer there was little that was new in the programme and much that was barely a half-truth. There were a few memorable stills as here at Victoria ... 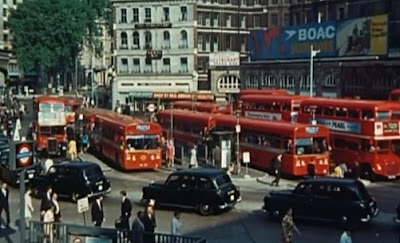 ... with a multitude of Merlins as one relatively short-lived cunning plan to solve all of London's travel challenges was in full swing.

There was a piece on the Victoria Line ... 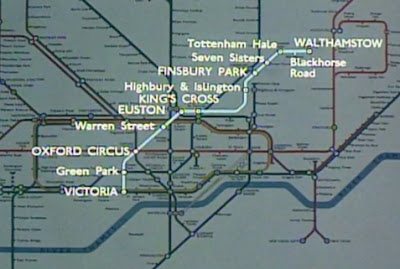 ... now very much old news! The programme also suggested that it solved many of London's traffic problems.

There was talk of how much nicer Hoxton station was now that the Overgound had appeared. 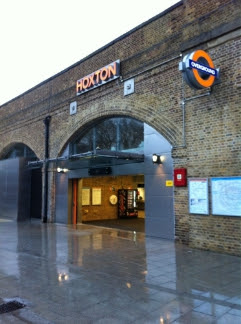 There never was a Hoxton station before the Overground, so you suppose that it must, by definition, be "better" than nothing but it certainly was not "much improved" as implied.

The Elizabeth Line (a k a Crossrail) got a passing mention but with very few pictures as the programme was put together long before the present delays hit the headlines. The main Elizabeth Line "news" was all about the moquette for the seats ... 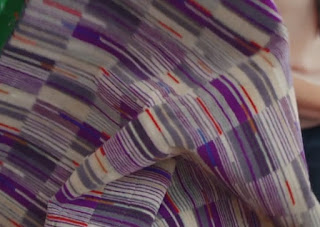 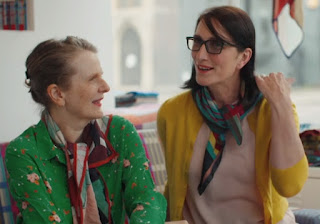 Perhaps Channel 5 will make a new programme when the line is up and running, but the purple looks very good indeed in situ. 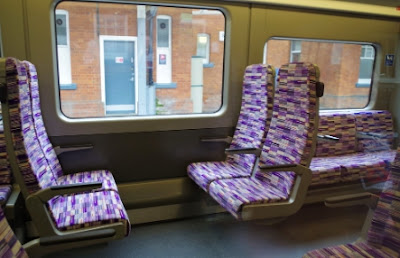 Apparently, we were told, the colour purple was chosen for the line ... 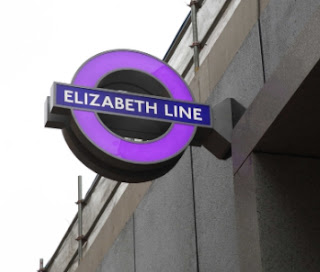 ... because it was the only colour left! Really?

fbb knows better. It had to be purple to match Her Maj's coat and 'at!! 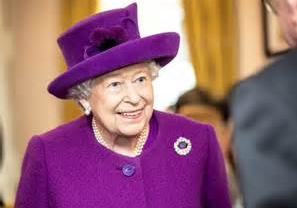 fbb is well aware that Channel 5 does not make transport-based programmes for pedantic and easily-irritated enthusiasts, but it is sad to see the editorial team playing fast-and-loose with historical truth; very much a dumbed-down documentary.

It was nice, however, so see a working computer simulation of the first ever traffic signal in central London. 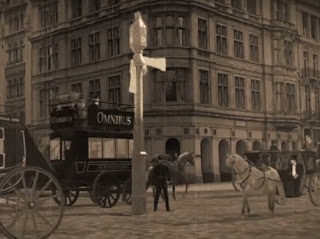 The signal was a failure!