fbb is not a lover of air travel and has not flown for absolutely ages. Virgin West Coast is pleased to focus on statistics which show an increase in train travel at the expense of air.

But can you really compare both modes? Trains are every hour from Euston to Glasgow Central with a few from Kings Cross. Euston departures take four and a half hours, flights at least three hours less.

The first problem fbb had was in trying to find what was available. There appears to be no single web site which lists all possible flights between London airports and Glasgow 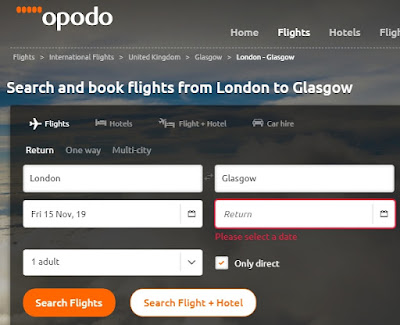 Some sites insist that you choose (and, presumably, book!) a return journey. One that fbb found offered London to Glasgow with a change at Stockholm! Other sites offer returns OK but bring you back to a different London airport ... 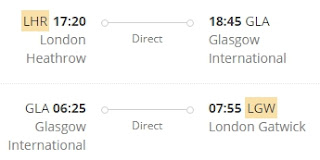 ... in this case from Heathrow but returning to Gatwick which wouldn't work if you were getting there by car and leaving it (expensively!) at the airport!

Here is part of the departure list for British Airways from Heathrow. 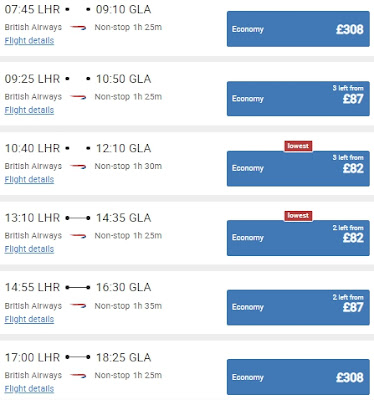 Note that the key "business" flights are ludicrously expensive!

Then you can travel from Gatport Airwick ... 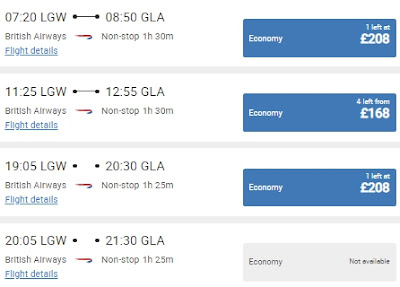 ... or London City - all by British Airways. 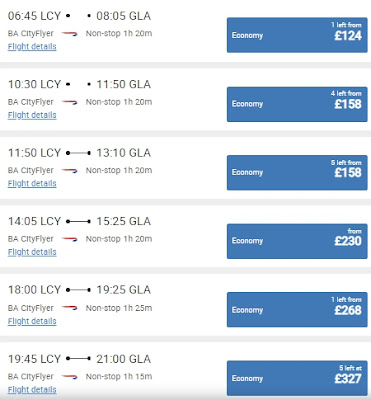 Then there is EasyJet from Gatwick ... 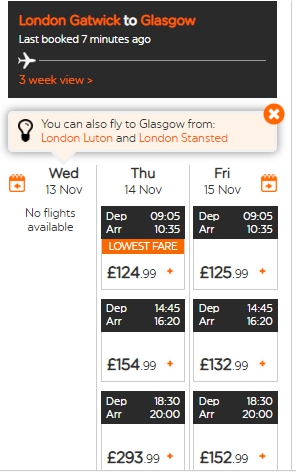 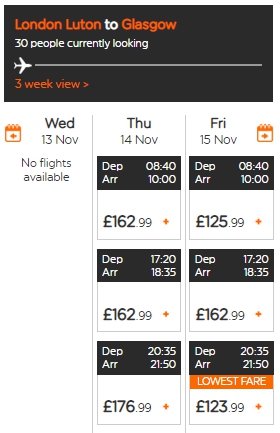 And you thought rail fares were daft! Off peak with Virgin West Coast looks like £140 return (off peak), cheaper than most flights (the above flight selection shows only singles).

Which leaves the impossible task of comparing journey times.

From Charing Cross (central London) via underground and train to Glasgow (where the station is central enough) would take a flat five hours.

By plane from Charing Cross via Heathrow presents some problems. For speed Bakerloo plus Heathrow express is best (40+ minutes) but it is ludicrously expensive. By the time you have got to Paddington, not a lot of time is lost by using the sl-o-o-o-o-w Piccadilly Line (journey time about 1 hour). 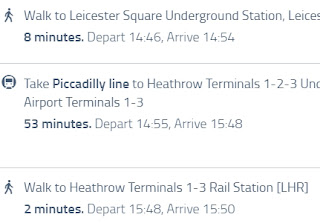 fbb would catch the Northern Line to Leicester Square!

Next there is check-in time. No chance, these days, of the ten minutes of the Super Shuttle. Advice suggests an unbelievable two hours for domestic and European flights but the advice does vary airport by airport. The time can be reduced by on-line check-in.

But we could be spending up to three hours between leaving Charing Cross and take-off.

Glasgow is simpler by far. 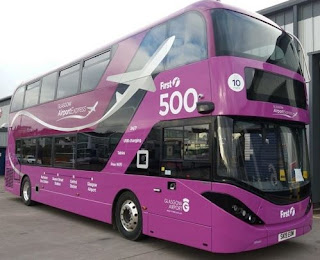 The 500 is "frequent" (i.e. at least every 10) Monday to Friday daytime and every 12/15 Saturday and Sunday. Evening service is every 20 with hourly departures in the wee small hours. 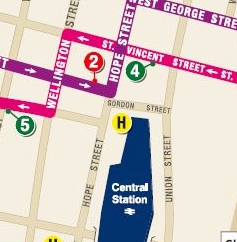 Plane can be a bit quicker, but not much and for the journey fbb has arbitrarily chosen, is far more complex. Ultimately, "convenience" decision will revolve around where you actually start from.

There will be various extras to pay for the plane sequence and only a £4.90 underground from Charing Cross to Euston if you let the train take the strain.

Tank Trucks Technology
fbb's growing collection of OO gauge tank wagons is creating significant stimulation in the old man's leedle grey cells. In the early days tank wagons were nothing but a large tin can plonked on to a standard wagon chassis.

The way in and way out was ony at the top, for fear of leakage and spillage. Unloading would have been by pump or syphon.

The big problem was how to keep the tin can on the chassis. You couldn't bolt it on in case of dribbly leakage; so the answer was to tie it on with strong metal rope! 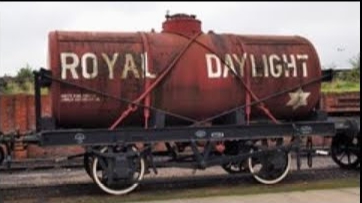 The above old full size tank wagon has three sets of fixings, all three of which could be kept tight.
with screw fixing.

fbb has no idea what the correct terms are, but the above will do pro tem.

As time went on, tanks were built with much bigger anchor supports and nothing else.

fbb's latest purchase arrived on Wednesday last - an EBay purchase (NO auction). It came in a nice small box ... 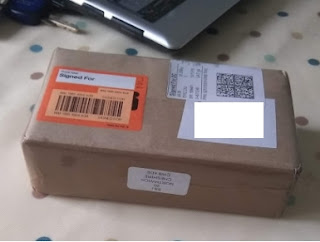 ... with no excessive packing. 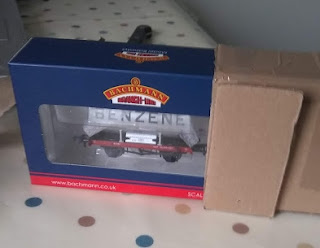 Within its Bachmann packing was the tank ... 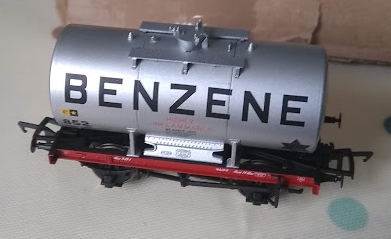 ... with heavy duty anchors bolted to can and chassis PLUS a substantial cradle to hold the can, also bolted to tank and chassis. No wire rope!

This model is currently available in the Bachmann range priced at £25.95. fbb paid half of that including postage for a model that was, truly, as good as new. BARGAIN?

fbb's collection grows as does his fascination with what he once thought was a very simple tank wagon. Far from it.

Next Weekend Medley : Saturday 16th November
Posted by fatbusbloke at 02:00