The A621 runs from Sheffield to Bakewell and, for countless generations City trams, then buses had their terminus at Millhouses. 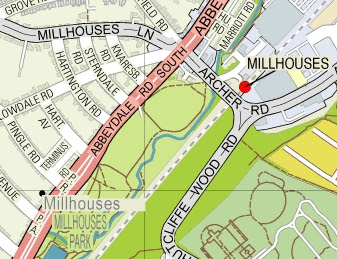 The original Millhouses tram terminus was at the crossroads formed by Millhouses Lane, Archer Road, Abbeydale Road and Abbeydale Road South. Despite the alluring red dot on the modern map extract, there is nothing left of Millhouses and Ecclesall Station ... 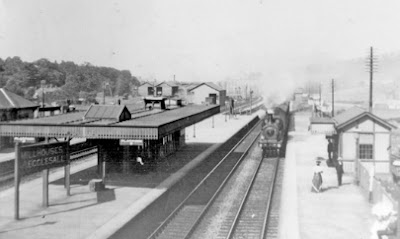 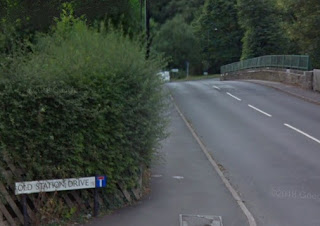 ... and a view of the remaining two tracks from the Archer Road overbridge. 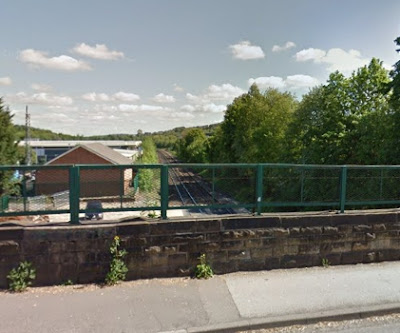 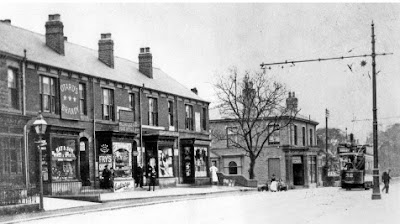 ... is barely recognisable from a similar angle today. Millhouses Post Office is still roughly on the same site! 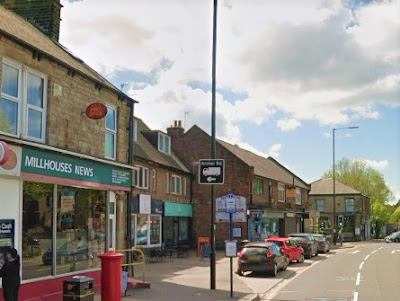 Th only extant property, albeit with a front piece removed is now the Scale restaurant on the far side of Archer Road. 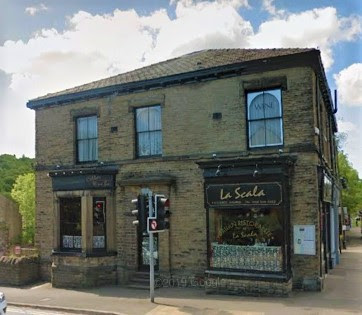 Later, trams were extended to Beauchief and Abbey Lane and Millhouses gained a terminal loop (see Terminus Road on the map extract above.) 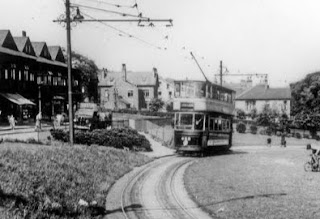 Trams turned right from the outbound track and performed a half-circle clockwise, passing the Terminus Road shops on their left before standing at a substantial shelter (with toilets, of course) at the apex of the junction with the city-bound track. 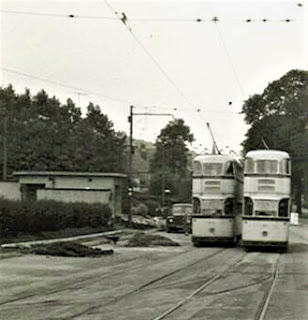 Here is another shot looking away from City of a tram trundling round to pick up passengers from the shelter. 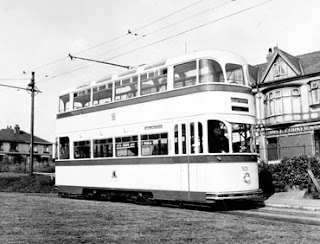 The Millhouses/Beauchief service was Sheffield last tram route and a little known feature of the terminus above was needed when a couple of works tram services were changed over to bus operation whilst the Millhouses loop was still in use. They ran to Terminus Road and picked up at the bottom of Hartington Avenue ... 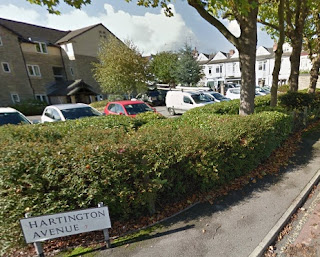 ... for journeys across the city to the steel works. The loop ended roughly where the cars are parked.

When the trams disappeared, buses continued to the use the loop (service 24 Millhouses, City, Tinsley Highgate) but, in another quirk, they operated anti-clockwise - in the opposite direction to the trams.

Eventually the loop was disused and closed off, even for buses. 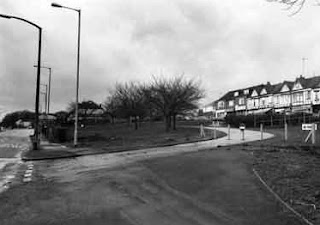 And you wouldn't expect Sheffield City Council to leave that nice piece of land untouched, would you? 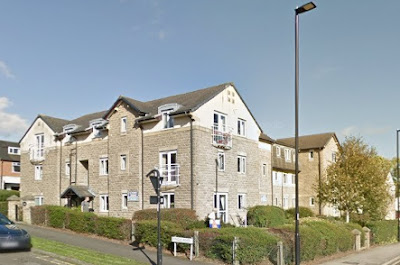 ... and Terminus Road has lost many of its "real" shops. 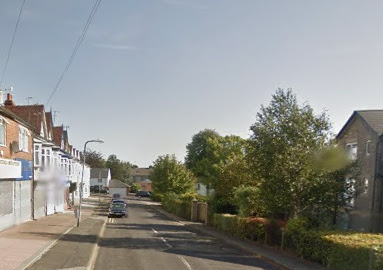 Indeed the reason for its name is now obliterated from history with not a peep of evidence of trams and buses looping through their bit of exclusive greenery. 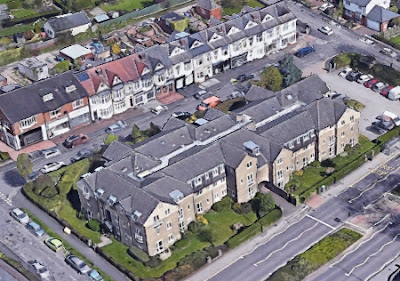 A simple solitary bus stop has replaced shelter (and toilets!), a sad memorial to the happier days of trams and buses in the City. 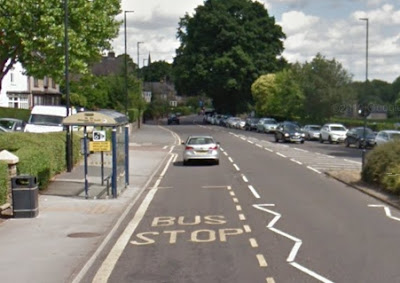 Next weekend assortment : Saturday 9th November
Posted by fatbusbloke at 02:00