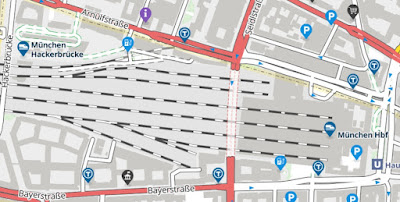 Munich's main station is orientated west-east and this is confirmed by Google Earth. But there is a problem with Streetview. According to No 3 son (who, like all sons, knows everything), Google is banned from doing a full and complete Streetview in Germany because of privacy issues. Apparently, they needed to obtain everyone's permission who appeared on screen. This sort of nonsense does creep in to our modern litigious society, but no one seems to know why private as well as public CCTV proliferates - seeking nobody's permission!
The last view of Munich's streets was in 2008.
So Streetview has gaps in its blue lines ... 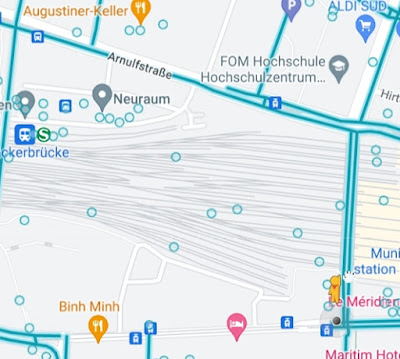 ... and is well out of date, even where it is complete. 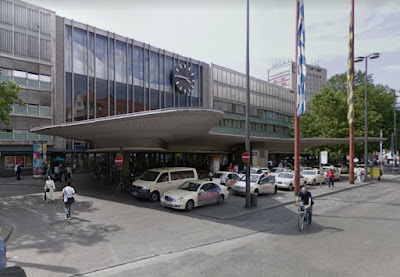 Streetview shows us the impressive main entrance on Stationplatz (surprising road name, eh?) complete with huge clock and gravity defying roof over the taxi area! Impressive, is it not?
Well it is not! Because it has gone! Google Earth shows what might have been a WW2 bomb site, but is actually a big gap left by the demolition of that splendid entrance building. 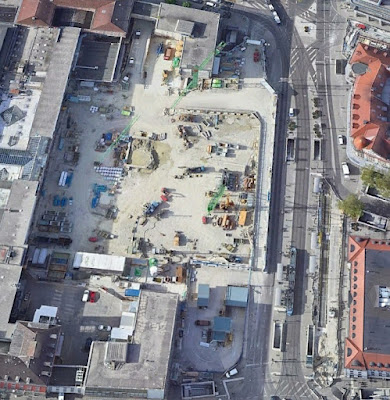 But fbb needs to step back a little and will return to the "bomb site" in due course/
Readers with a better memory than fbb will recollect the the old man wrote a series of blogs on Munich's transport system as recently at July 2022. 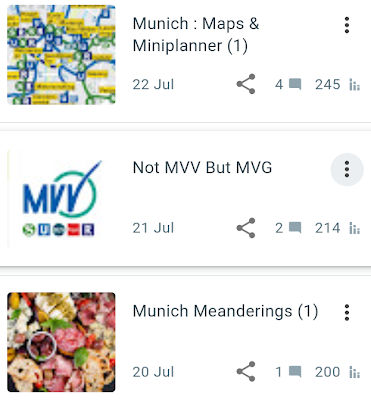 Repeats are a feature of BBC TV but fbb likes to keep them to a minimum. So, by way of a starter, Munich has an excellent tram system with modern low floor three and four segment trams ... 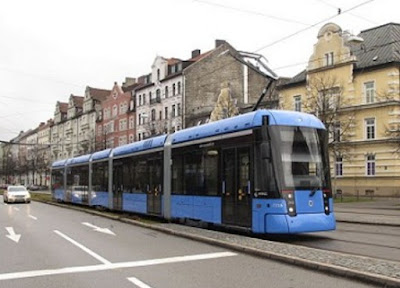 It has an excellent Underground network (U-Bahn) ... 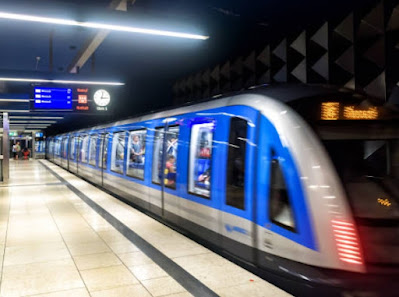 ... with proper sized trains, not the squashed ones on the deep level lines in London. In addition there is an S-Bahn network of outer suburban lines ... 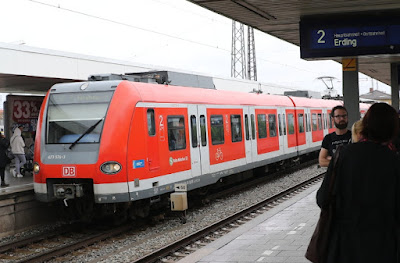 ... run by Deutsche Bahn as opposed to the City transport authority for the others.
And, of course, there is just one zonal fares system for the whole lot.
Most "modes" (apart from suburban bus, obviously) meet up at the Hauptbahnhof. 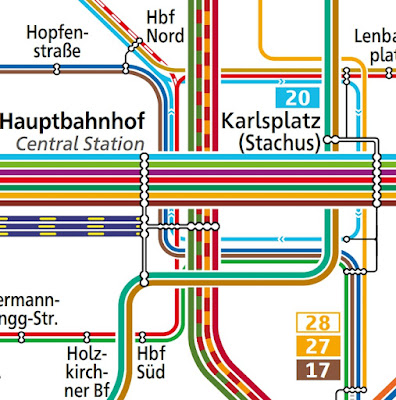 Note, please, Hbf Sud (bottom centre) and Hbf Nord (top centre) being more distanced parts of a complex interchange system.
So what drew fbb back to Munich? You may remember that No 3 son popped over for a one night stand (not that sort!) to attend a meeting with clients and accompanied by his boss, Philip.
According to No 3 son, this should have involved a straightforward S Bahn ride from Airport to City Centre.Seemples!
And cheap. The Airport is in Zone 5 ...

... and both S1 and S8 would get you to the Hauptbahnhof. A Zone 5 fare would have been 8.80 Euros each.
Philip took a taxi for 100 Euros one way, 50 Euros each - but then he is the boss!
The splendid Hauptbahnhof station entrance was still there when chummy made his helpful video ... 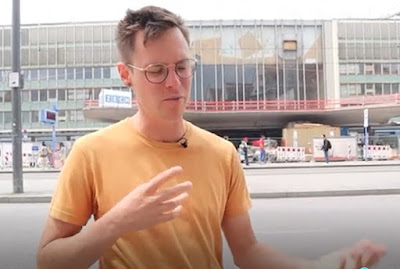 ... but it has definitely gone now! 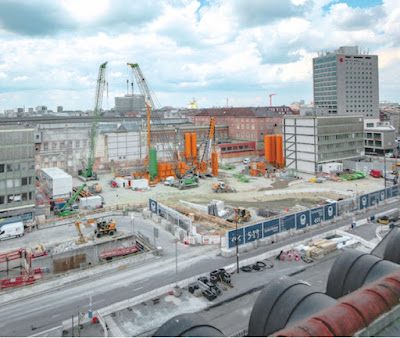 This is the first thing that baffled No 3 son! 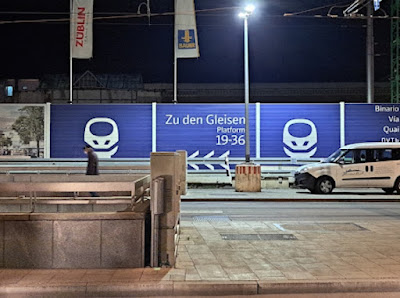 At night!
More tomorrow.
Snippet
Another inaccurate (fake, even) model for Christmas. 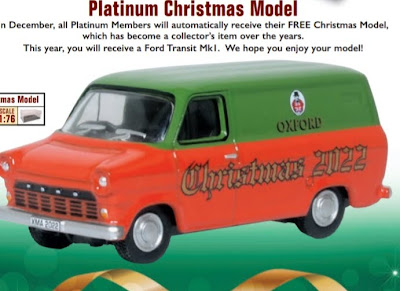 And this one os FREE! Well, it is free if you are a member of Oxford Diecast's "Platinum" club-thingey. 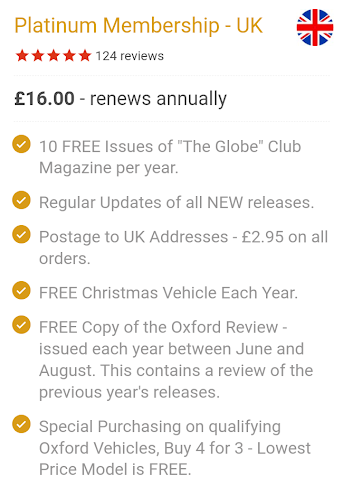 Not for fbb - he has little room on the layout for a mass of road vehicles.

Munich Puzzle Picture For fbb
No 3 son likes testing his old man's intellectual acuity, especially now it is beginning to fade a bit. One of the pictures he sent was this. 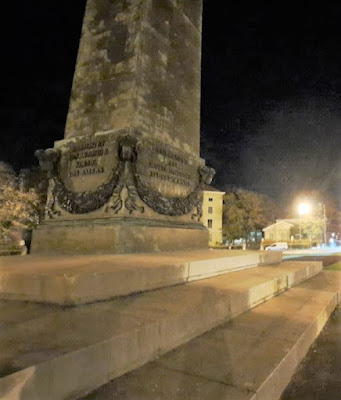 It arrived several shades darker, presumably snapped without flash! A tweak on the computer brightened the image.
So, thanks to the wonders of modern technology and the interwebnet, a search for 'Munich Obelisk" soon revealed "it" in all its glory. 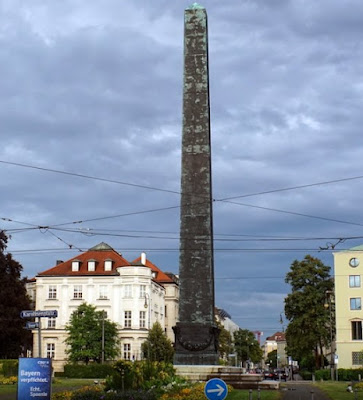 This is an interesting war memorial, cast from the captured Turkish guns from the Battle of Navarino in 1827, hence the dark colour of the 29-metre tall Obelisk. It is the work German architect Leo von Klenze.
The Obelisk has a decorative base with memorial inscriptions, leafy garlands and ram's heads on each corner. It stands upon a three step base. During summer months, there are beds of flowers around the Obelisk. During the recent visit, the monument stands unadorned in the cold grounds of Karllinenplatz. 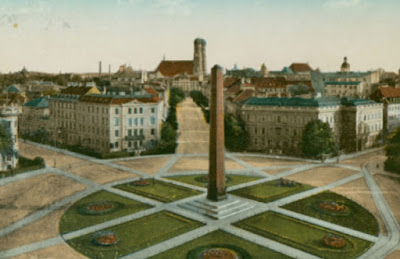 Next Hauptbahnhof blog : Tuesday 29th November
Posted by fatbusbloke at 02:00