UK politics brings a huge advantage and a huge disadvantage when it comes to Transport Policy. On one hand the easy way in which constituencies and councils can changer "colour" ensures that really crackpot extreme ideas will probably evaporate at the next election; on the other hand it also ensures that a coherent and radical transport policy will be unlikely to emerge because it will surely antagonise some of the electorate who are pinning their hopes on the party in power.

The bland leading the bland!

So how did last Thursday's trot to the polling stations affect some of the major bits of transport policy being promoted at local and national level. 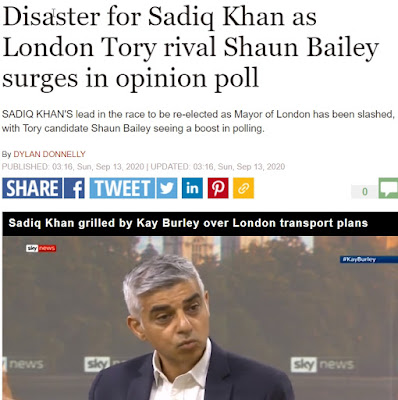 The Daily Express' definition of "disaster" is very different from that in fbb's dictionary. It was fairly certain that Mr Khan would be re-elected as London Mayor which leaves "tensions" between his Transport for London (TfL) policies and the grey suits at the Department for Transport (DfT) unresolved. "Government" money (and lots of it) has been gifted to TfL so that it can pay its bills - as its finances were downwardly dodgy even before the pandemic stirred things up.

A couple of DfT rottweilers now sit on the DfT board and the bail-out came with a requirement that some of the Mayor's financial profligacy would need to be curtailed.

This from a year ago:-

“The Government have forced ordinary Londoners to pay a very heavy price for doing the right thing on covid-19 by hiking TfL fares, temporarily suspending the Freedom Pass at busy times and loading TfL with debt that Londoners will pay for in the long run.”

Conservative mayoral candidate Shaun Bailey said: “What has happened tonight in London is extraordinary. Sadiq Khan has been exposed as being such an incompetent mayor, that the government have had to take control of the TfL board and its finances as a condition of the bailout that he had to beg them for.

“As the upcoming review of TfL’s finances will show, the coronavirus highlighted existing structural flaws within TfL’s balance sheet – the primary cause was our profligate mayor.

“Once the virus recedes there will be a day of reckoning and Khan will be held to account. When he eventually decides to face the London assembly, he better be ready to explain why TfL’s finances were in such a sorry state.

“I have only one question for the mayor for now. Given you haven’t completed a single major infrastructure upgrade since you took office, where did all the money go?”

But Mr Bailey did not get elected!
The tensions remain and are currently unresolved.
Meanwhile, oop noorth ...
.. In Manchester ... 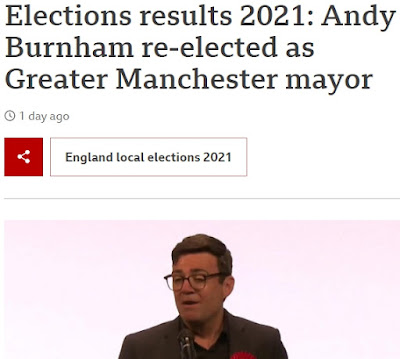 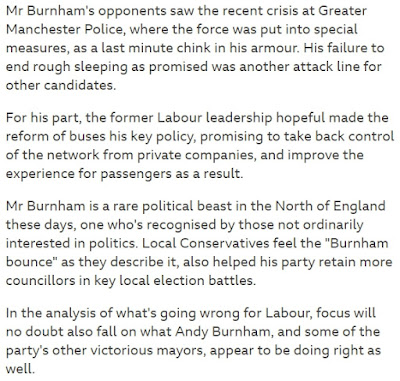 His key policy is to take over the buses and run them - LIKE LONDON. In some of his press interviews he compared fares in Manchester with the £1.55 flat fare (with Oyster card) with the much higher fares in Manchester.
What he seems unwilling to explain is how this take-over will be financed.
He does however talk very generally about the need for the Government to introduce "more devolution" to the regions. This, fbb suspects, is a thinly veiled code for "we take over the buses, operated with cheap fares and increased frequencies and the Government will have to pay". 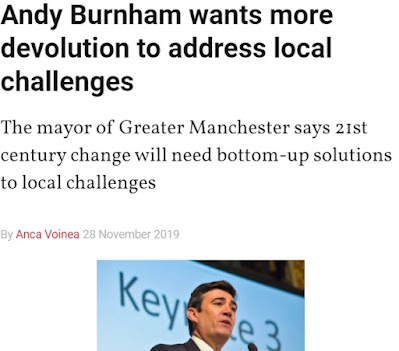 In view of the angst in London, the oft quoted "snowflake in hell" illustration may seem appropriate.
But many see Mr B as the next leader of the Labour Party - so his crackpot and unfunded ideas may evaporate.
Cornwall is as far as you could get from Manchester, certainly in England but here ... 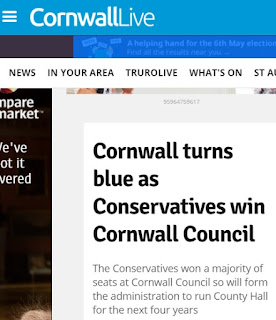 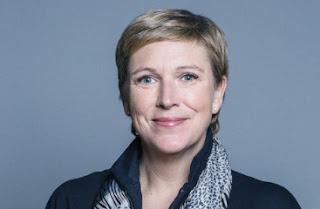 Baroness Vere of Norbiton was appointed as a Parliamentary Under Secretary of State at the Department for Transport on 23 April 2019. She was previously a Government Whip (Baroness in Waiting) from 21 December 2016 to 26 July 2019.
Responsibilities
Baroness Vere has responsibility for:
roads (including Highways England)
motoring agencies (DVSA, DVLA, VCA)
buses and taxis
light rail (including tram, underground and metro systems)
devolution (including union connectivity and London transport)
fbb is indebted to Roger French for including, in his recent blog, a quote from the Noble Baroness (who does not appear, at first glance, to have been much of a bus user!!) 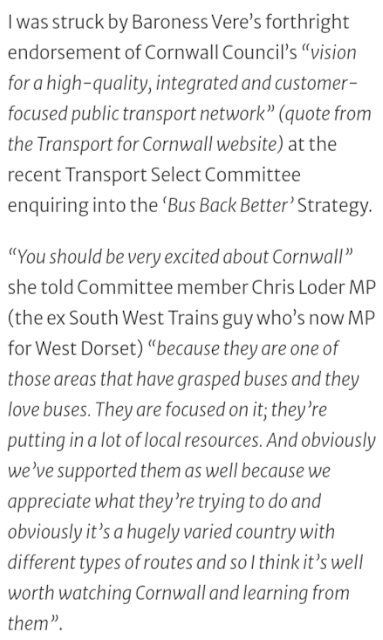 Really?
At the risk of being repetitive, fbb recognises that the Cornwall deal is appallingly bad - a great example of "learning from them what NOT to do."
fbb would be surprised if Baroness Vere had EVER been on a bus in Cornwall at any time in her life and  utterly discumknockerated if she has observed first hand the farce that is buses in Cornwall at the moment.
Just a list of the chaos that Cornwall Council has created as part of its utterly DIS integrated bus services is enough to make a sane man cringe.
Baroness Vere would be very impressed indeed with the number of bright red buses trundling about. 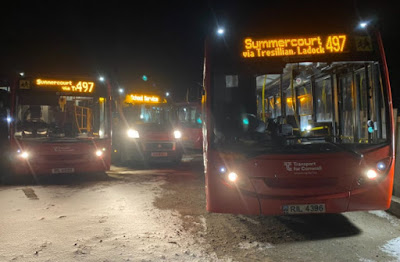 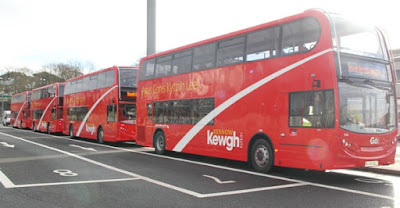 Most of them are empty or, if not actually empty empty, were carrying less than a handful of people over the full length of a longish rambling route when Uncle Roger travelled recently.
OK, recovery from Covid is in progree but more that a recovery is needed to make most Transport for Cornwall routes worth their subsidy.
As well as being completely DISintegrated with First Bus' excellent commercial network (no joint publicity, no joint web site, no joint journey planner, no interavailable fares - in fact as DISintegrated as it could be), the scheme is costing absolutely oodles of Public Money.
More Public Money - support as boasted by the beautiful Baroness - is being spend on a reduced fare scheme to operate initially for a couple of years.
So here's the question. Do we think that the new Conservative Council will follow the same crackpot policies? Will the party of free enterprise be ready to continue to fund such a daft bi-partite system?
One of fbb's contacts in the industry reckons that, once the initial bags f pennies become empty, some of the current Transport for Cornwall subsidised routes will "go commercial" and many of the rest will sink into non-existence, a state from which they have been raised as part of the previous council's HUGE vanity project.
Tomorrow - Scotland! (or how to spend lots of money you haven't got).
And Sheffield ... 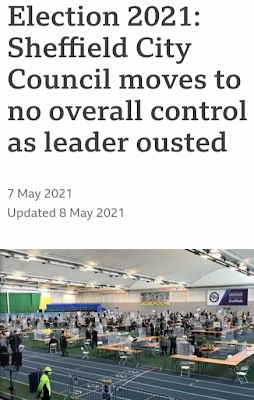 Sheffield hasn't really had a Transport Policy in recent years. Mayor Dan Jarvis commissioned a major report into the bus services which succeeded is pronouncing platitudes rather than practicalities. No one seems to mention his report any more.
The recent closure of a key city centre through route was due to be made permanent but the changes in Council make-up mean that some policies may be ditched in favour of a return ...
... to no policy at all.
fbb and his various correspondents will be watching closely!
Recovering From Cracks 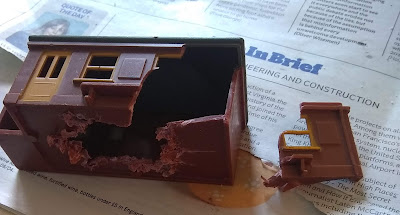 Having nearly got the broken bit back into place, fbb decided that cracks in a station building were as unhappy as cracks in a class 800. Why not clad the whole building in "weatherboarding"? ... 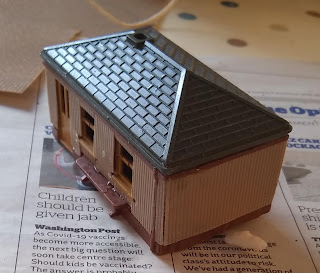 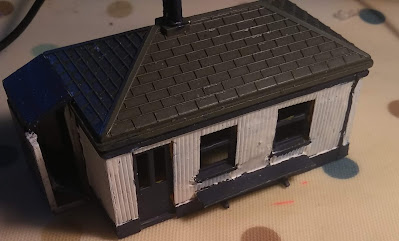 ... and it would begin to look a bit like the Tri-ang building that fbb inadvertently crushed under the offside front wheel of his car. 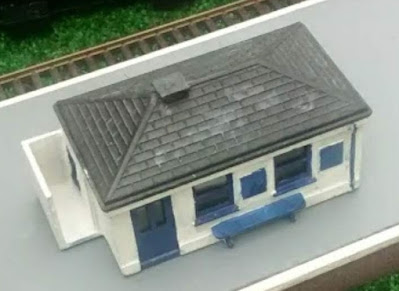 fbb's hand have become somewhat more wobbly since Mark 1 was painted, hence the rougher texure of Mark 3!!!
But now fbb wanted to install lights in this little building. 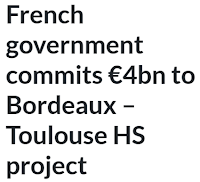 ,,, which they haven't got! France seems to be capable of finding sack after sack of Euros for rail projects. 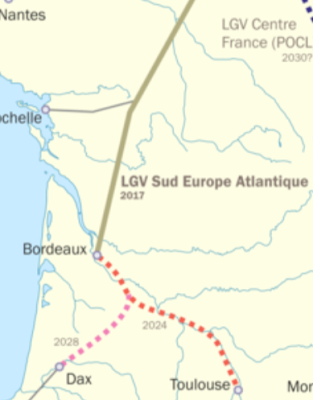 This is happening despite the fact that the country is pretty near bankrupt and President Macron has announced a freeze on big spending projects. 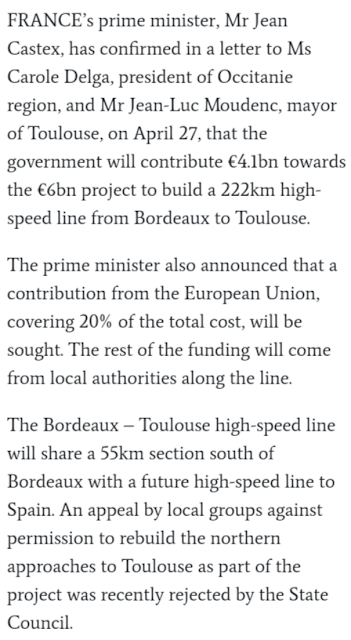 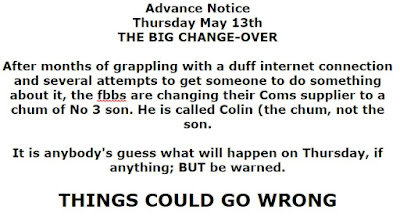 Next blog, The Sturgeon Show, Wednesday 12th May
Posted by fatbusbloke at 02:00