The Trauma Of Tendered Transport

All over the country we have seen local authorities ending their budget for tendered services, routes that could never be commercially profitable but which were, hitherto, deemed "socially necessary". The above question was posed by the good people of Chipping. 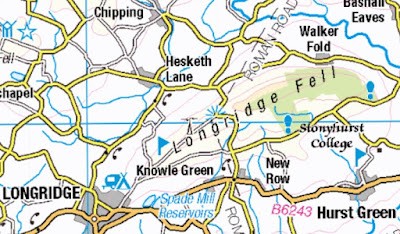 The Stagecoach route from Preston in the west had been withdrawn, and there was a big question mark over buses from Clitheroe in the east. The article is illustrated by an anonymous service 5 to/from Clitheroew ... 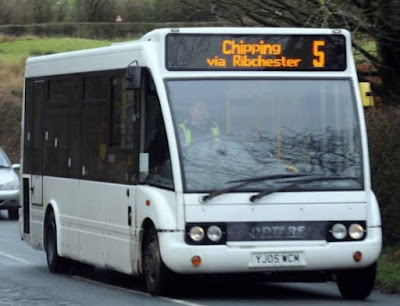 The service has also been in the hands of Rotala's Preston Bus ... 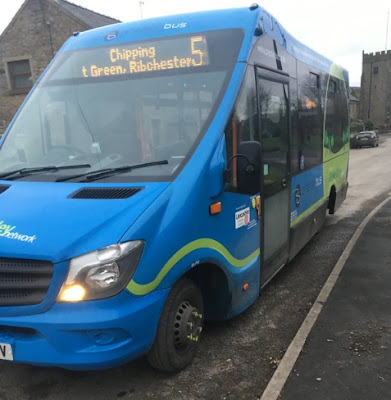 ... who had vehicles branded for this group of services. 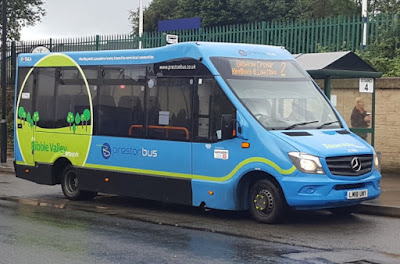 What the average bus passenger wants is a good reliable service that is consistent and, particularly in a rural area, has drivers who know the customers and their needs.
fbb well remembers sitting on his daily bus to school when the driver would turn round and ask, "Is Mrs Linch on her way?" Someone at the back of the Beford OB (fbb was at the front working the hand operated sliding door) would shout, "Yes, she's coming!"
So the driver would wait for the couple of minutes it would take said lady to speed six million dollar man style to the bus stop. Mrs Linch was, as they say, of ample girth! The bus was a "dupe" so no one would be discomfited by a brief delay!
The trouble with the Tendering system is that the local authority is strapped for cash and wants to push prices down whilst the bus company is strapped for cash and wants to push prices up!
Chipping is a sweet little village with church (still trading) ... 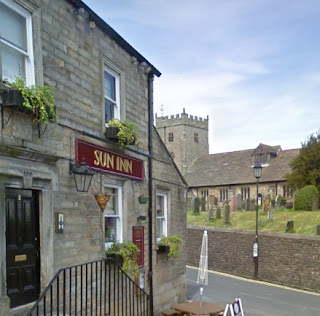 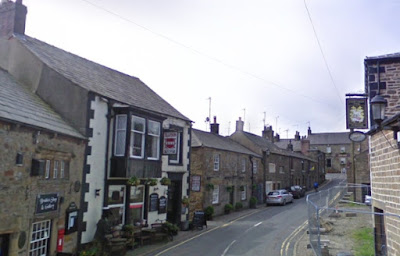 ... a quaint but closed post office (above picture, lower left) ... 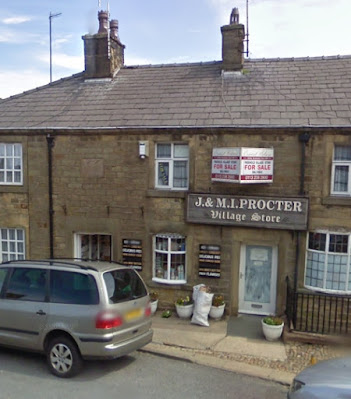 ... and equally defunct but equally quaint village store. Surely such a village would NEED a tendered bus service to cater for those, usually elderly, who had no car or needed to get to other shops or services in a nearby town?
Hence service 5 to Clitheroe was saved and in November last year was re-assigned to Pilkingtons of Accrington ...

... duly celebrated by the glitterati of the Ribble Valley, including (far right) Mr and Mrs Pilkington no less.
Accrington’s Pilkington Bus company has announced it will be investing £500,000 in four new buses and eight drivers to fulfil a contract recently awarded by Lancashire County Council. The new contract, worth in the region of £3m, will boost connectivity for people particularly in the Ribble Valley.
The new services are:
* Clitheroe to Chipping
(The existing two-hour service will increase in
frequency to every hour, seven days a week
including all day on Sunday)
* Blackburn, Mellor
* Blackburn, Mellor, Brockhall
* Blackburn, Mellor, Brockhall, Clitheroe
Alan Pilkington, Pilkington Bus managing director, said: “We’re proud to be offering this new service to the public. It’s a vote of confidence from Lancashire County Council. We’ve been partnering with LCC since 1979 and we’ve come to be a preferred supplier because we always provide a 100 per cent service.” 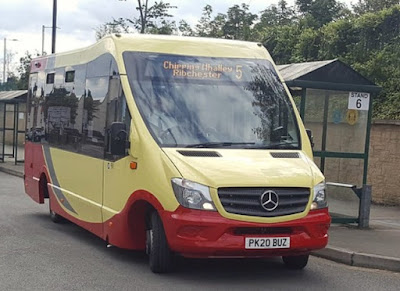 Needless to say, the article does not get it quite right. The 5/5A ...

... runs hourly Monday to Saturday and two hourly on Sundays. 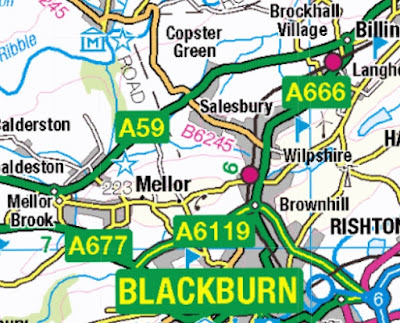 The 25/25A to Mellor and Mellor Brook also gains a Sunday service ... 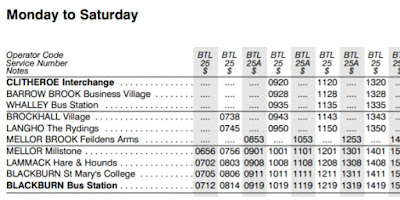 ... but only between Blackburn and Mellor  Brook.
Nevertheless, it is good to see that Lancashire Council is putting money back into its rural bus services.
At the time of the award Pilkingtons operated a clutch of local services in Accrington, running Monday to Friday only.
1-Clayton-le-Moors and Oswaldtwistle
2-ASDA and Dill Hall First Avenue
4-Merlin Drive
5-Dill Hall and Springhill
8-Springhill and Dill Hall
9-Barnfield and Laneside
11-Accrington, Fern Gore
Many of these services mirror those operated by the municipal company of old. Heres is Plikingtons 5 to Dill Hall ... 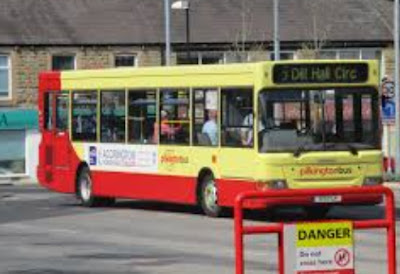 ... and the same from Accrington Corporation, later Hyndburn Transport ... 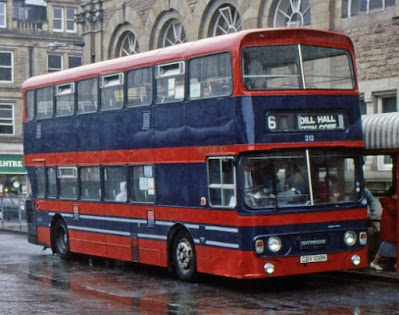 ... both on the Dill Hall circular routes 5 & 6. This old map shows Dill Hall Lane in the community of Church ... 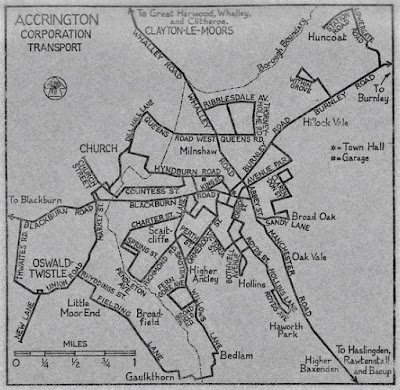 No modern map is produced of bus services in Accrington; which is a great pity as the route network is quite complicated.
Also of note, Pilkingtons operated several other services in the area. 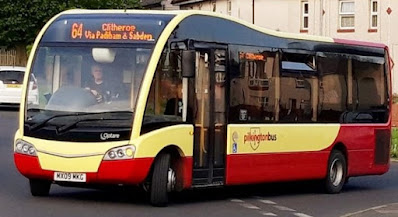 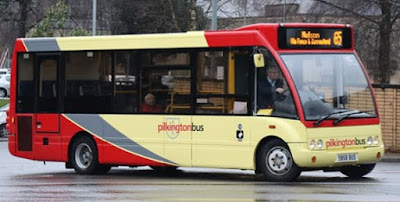 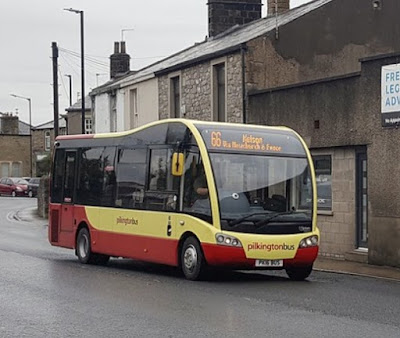 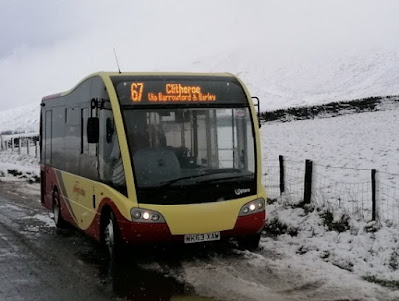 The 64, 65, 66 and 67 will feature in tomorrow's blog.
By way of preparation, let us just take a glance at the Transdev block of services in the Clitheroe area ... 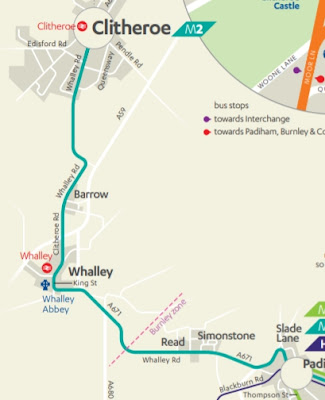 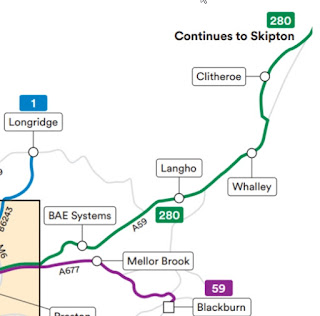 So maplessness for most of the area makes following bus services full of hopelessness.
But fbb will attempt to sort something out tomorrow.
The old man has not forgotten yesterday's quiz - BUT a very enthralling World Snooker final meant that blogging activity was somewhat curtailed. Equally feeble excuse for having the same livery/logo picture in two blocks!
Sorry, but fbb does have a life!
Snippet
Just another take on the minibus saga - a Ford Transit ... 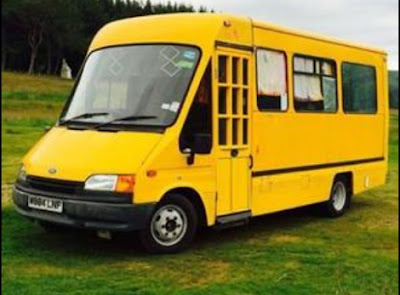 ... with a rather fine "front door"/
Next Ribble Valley blog : Wednesday 5th May
Posted by fatbusbloke at 02:00