Today's service is live and ON-LINE
back in the Church.
Click on this link (here),
which will take you to the YouTube page.
Then click on the icon for today's date. 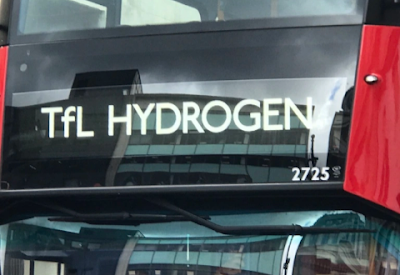 Coming a close second to Aberdeen, Hydrogen double deckers have just appeared on route 7 in London. The 7 runs from East Acton ... 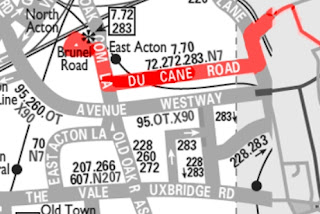 ... via Ladbroke Grove Station and Paddington to Oxford Circus.

Roger French has travelled on the 7 to experience the buses; and asks the following question. 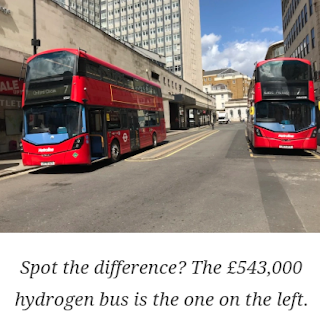 He is also concerned that for over half a million quid, you only het FOUR seats on a level floor, two in front and two right behind the centre exit doors. 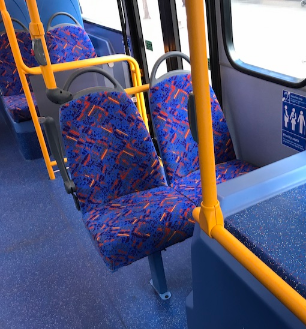 Everything else involves at least one step up.
The buses need special "kid glove" treatment compared with so-called evil-diesel normality. 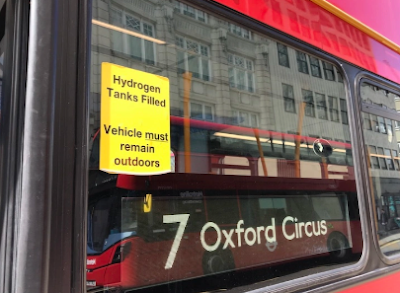 It does seem a lot of money for the dubious privilege of transferring some emissions from city streets to wherever the hydrogen is brewed!
If Hydrogen is going to catch on - at the moment it would mean higher fares or higher subsidy - someone will have to pay at some stage in the wheeler dealing. You can be certain it will NOT be the bus operating companies!
A Load Of Cobblers At Ipswich 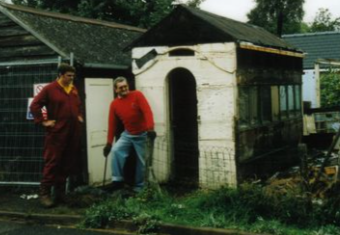 The somewhat ramshackle hut was used by a cobbler in which to cobble. But it was spotted for what it once was ... 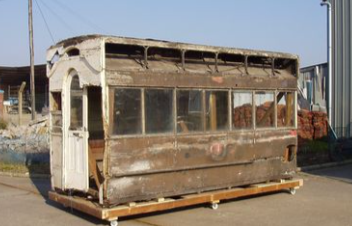 ... and with a bit of spit (as yet no polish) its by identity was slowly revealed. 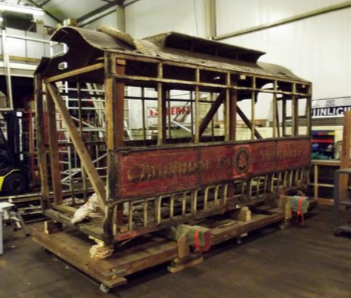 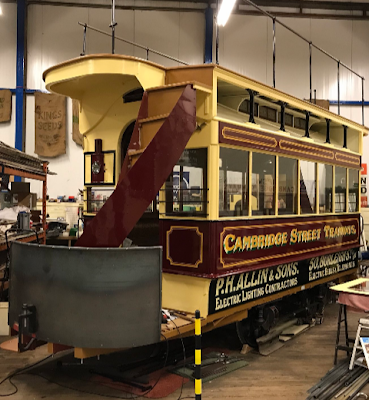 The Cambridge Street Tramway horse drawn car now resides in Ipswich museum with every tiny detail rebuilt and repainted including ... 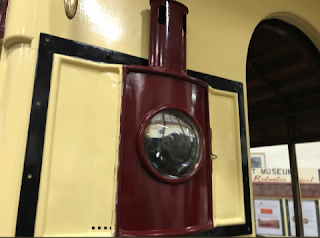 ... the lavish fore and aft oil (candle?) lighting.
Congrats to all those involved. Bootiful, as another East Anglian hero might say! 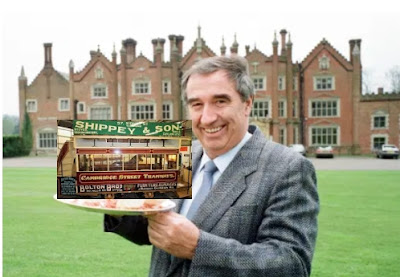 Not So Bootiful?
Readers may have gathered that fbb is not very enthusiastic about Stagecoach's new livery styles. Here, for example, it a bright and cheerful bus operating with Stagecoach Wales. 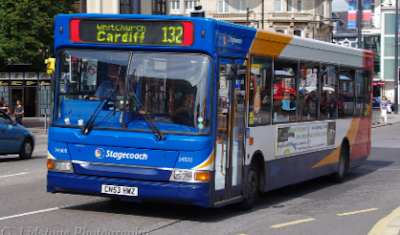 Upon retirement from revenue-earning service, the bus became a driver training vehicle and was repainted in a rich and noticeable bright red version of Stagecoach colours. 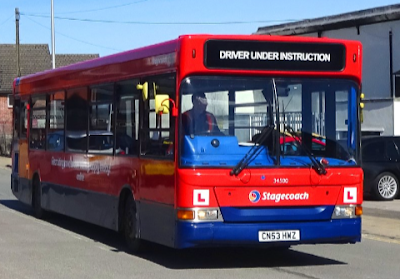 Smart and distinguished!
The bus has recently been re-repainted in what purports to be Stagecoach's new livery for trainer buses. It is bearable at the back ... 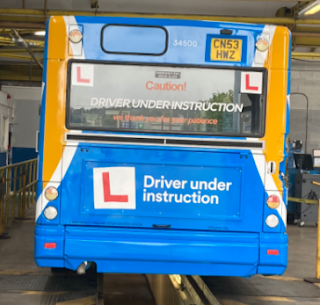 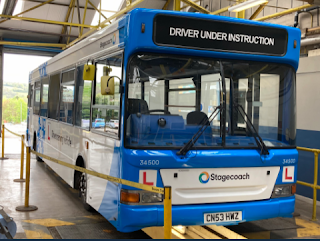 But the side view looks decidedly unfinished ... 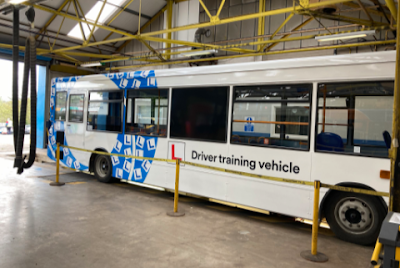 ... with an "L" of a clutter destroying the already feeble Stagecoach beach ball. 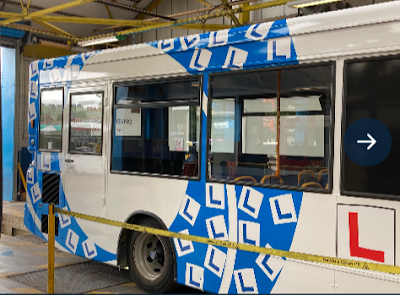 Weak!
Here are two from Go Ahead East Yorkshire ... 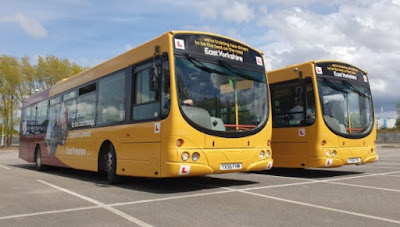 ... both with an important message for passers by and potential passengers. 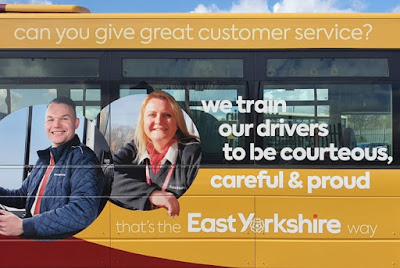 Quality!
Hablas Españglish?
Despite the desire of L'Academie Francaise to uphold the French-ness of the French language, English words proliferate - some of them only having a tenuous link to their English or American usage.
parking (car park)
basket (trainer shoe)
relooking (makeover)
brushing (brushing hair while blow drying)
scotcher (to tape, to immobilize)
pull (sweater)
lifting (facelift)
slip (underwear in general)
In many cases there is a perfectly adequate French word but the English has stuck. fbb's favourite is ...
Le hovercraft
... in place of the "correct" l'aeroglisseur - literally the "air slider"! 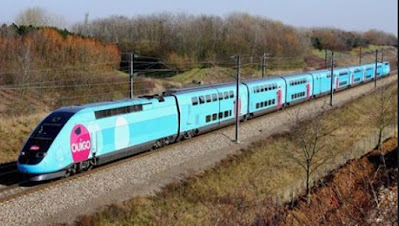 SNCF's cheapo version of the TGV is called Ouigo which might be "oui" for "yes" but is more likely "we" with the utterly English "go"!
So now it comes to Spain.

This is a Talgo train in eye-catching purple livery (vice the usual boring white) and branded ... 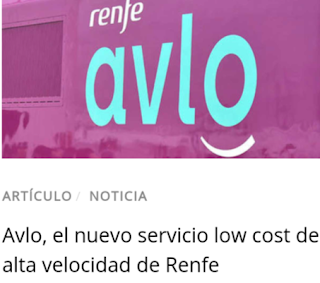 Peco produce a lovely set of name boards for the various station appurtenances. You paint them all over with your chosen colour then rub the surface with a mild abrasive leaving the raised lettering and border as white. 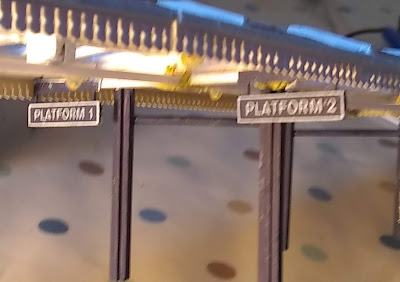 It worked well with larger signs ... 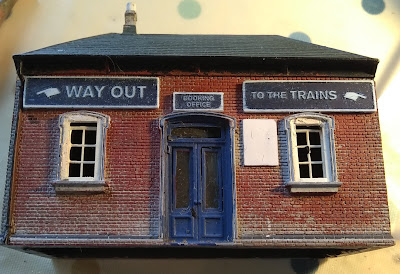 ... but when fbb exercised his skills (Ha, jolly ha!!) with smaller versions it was ... 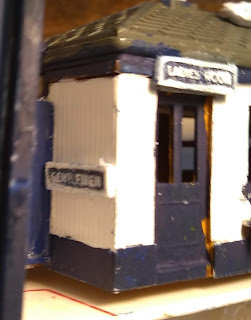 ... an abysmal failure. The close-up picture also shows how awful fbb's painting has become since one of his hands started to get the shakes!
He will try again - but has little hope of success. Thankfully, the model is right at the outer end of the platform and partially hidden by the end wall of the new canopy.
So the bodge may go unnoticed except, of course, by readers of this blog.
At least the lights look good!
And A Correction
Thanks to those who gently castigated fbb for his poor knowledge and/or poor explanation. The old man suggested that the electric string at the former Widmerpool station ... 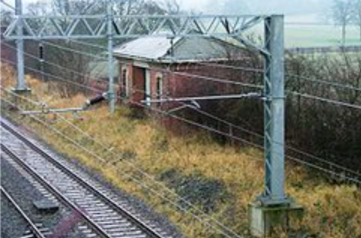 ... was "to get trains in and out" of the Old Dalby test tracks. Of course, had he used his brains, he should have remembered that this bit of former Notwork Rail line IS the Old Dalby test track.
Thanks to Northampton man Alan for sending a diagram. On the left is the connection with the line from Leicester to Melton Mopwbray etc.

The triangular junction then leads to the big test site at Asfordby. 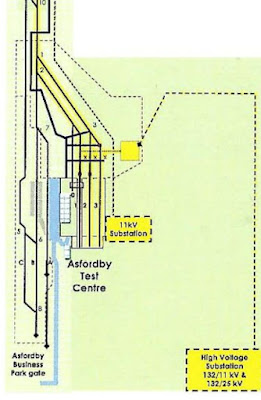 The former main line then continues north to Plumtree.

The Asfordby site is seen below c/o Google Earth ... 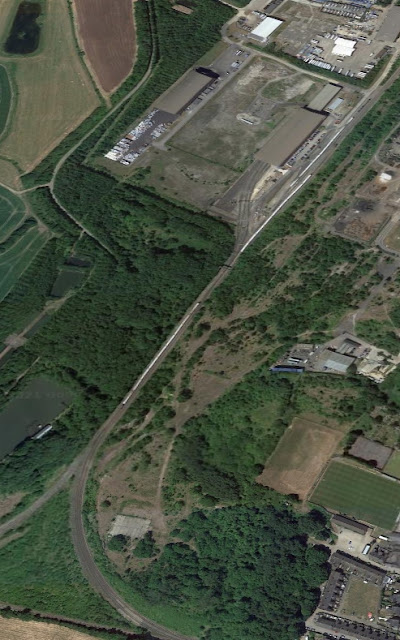 The three little white threadworms are trains on test. 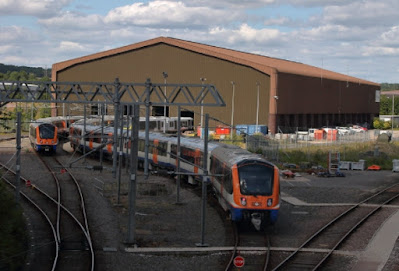 Stop Press
On Thursday 13th, First Kernow revealed details of its Summer timetable which starts TODAY, so really good advance notice!!!
fbb will review the developments starting with tomorrow's blog, but paying particular attention to how these changes fit with Buses for Cornwall's "one network" (Don't laugh too loud!!) for the county.
Next First Kernow blog : Monday 17th May
Posted by fatbusbloke at 02:00