It just reminds you of your age when you realise that the good old bog-standard Leyland Olympian is now regarded as a "heritage" vehicle. 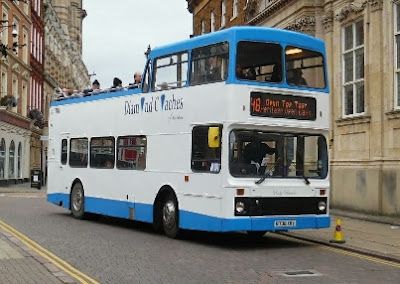 The bus began its varied life with Solent Blue Line (Southern Vectis' incursion on to the dreaded "Mainland") and wore that company's awful and over-complicated livery. 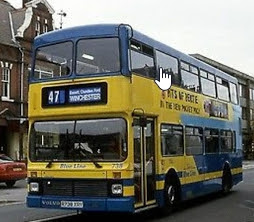 It then wore the "Blue Star" livery first used as a route branding and then adopted for the company as a whole. 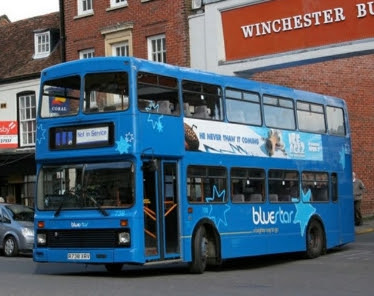 The company was, and maybe still is, actually called Musterphantom Limited!?

The Olly then emigrated to the Island and appeared briefly in plain blue ... 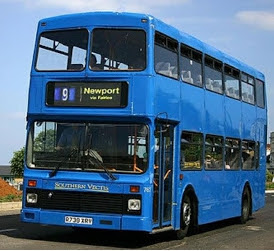 ... before being converted to open top and branded as an Island Breezer. 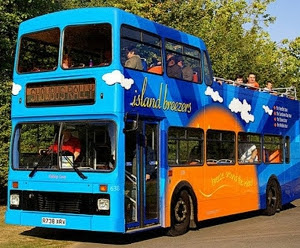 For a brief period it lost its R738 XRV registration in favour of one of Southern Vectis' "Heritage" plates ... 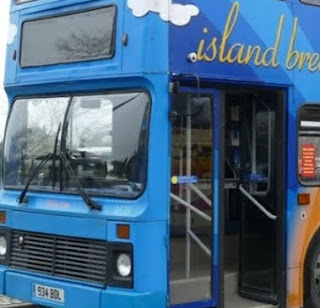 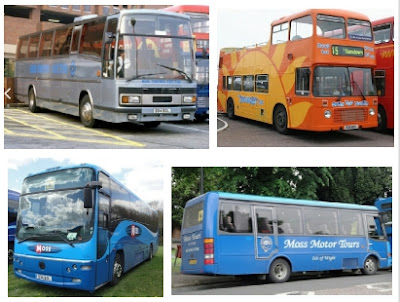 ... but fbb doesn't think it is appears on any vehicle currently in operation.

Yate Bus Station P.S.
The present bus station at Yate dates from 2011 when it was built in conjunction with a total rebuilt (and significant enlargement) for Tesco's emporium. 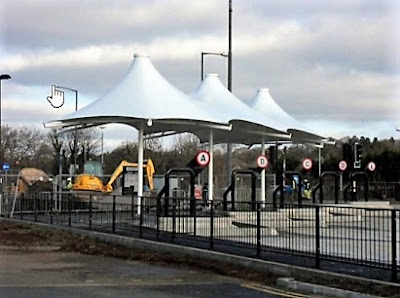 Soon after opening, a blogger from "they Brizzle parts" shared fbb's view of the pretty plastic parasols.

The previous bus station was a simple set of shelters on a "loop road" as seen here ... 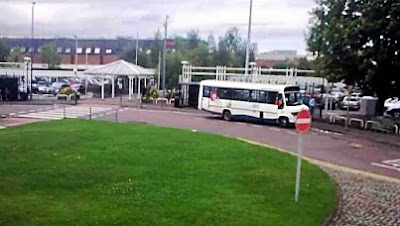 ... and from a slightly different angle with Badgerline in place. 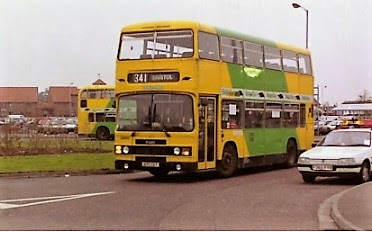 And before that? fbb knows nothing! 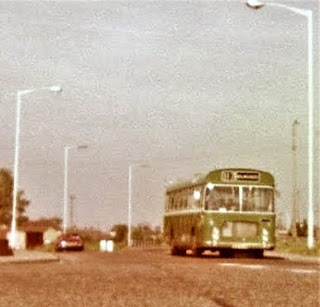 Presumably before that (and before Yate was becoming the much expanded Yate of today) ... 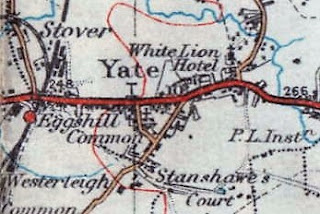 ... stops were simply at the roadside. 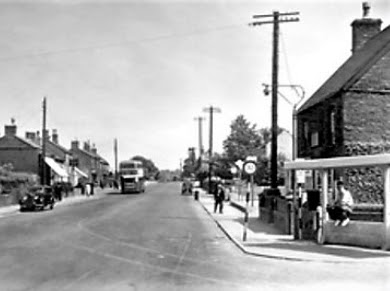 fbb has been unable to identify the exact location of the picture above.

They Never Work Out Of The Box?
fbb is grateful to a correspondent for supplying details of an embarrassing train failure on Thursday evening. fbb had edited the "official" report. 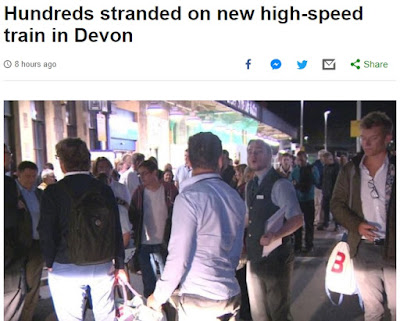 At 1720, the driver of train 1A93, the 1400 (First) Great Western Railway from Penzance to London Paddington, reported that the train was at a stand on the Up Main line at Silverton, between Exeter St. Davids and Tiverton Parkway, after losing air. [meaning that the brakes will be jammed ON] 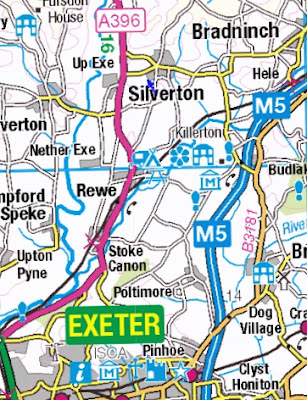 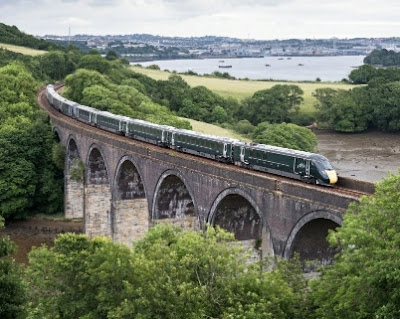 ... but was unable to do so. A fitter was summoned, and staff were arranged should Single Line Working (SLW) be required.

Efforts to overcome the fault continued.

The BT Police were advised.

SLW between Cowley Bridge Junction and Tiverton Junction commenced at 1848, and the fitter was on site at 1852.

Whilst an air leak was found and attended to, and brake released obtained on some vehicles, the train could still not be moved.

A CrossCountry (Arriva) unit was taken out of service at Exeter St. Davids and ... 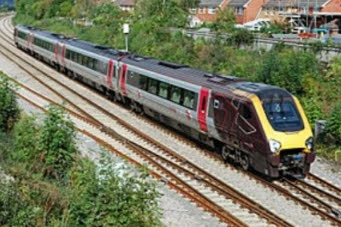 ... with staff from Great Western Railway aboard, departed towards the rear of 1A93 at 1958.

Devon & Cornwall Fire & Rescue Service were summoned from Taunton, and arrived at Hele & Bradninch LC to assist with detraining. 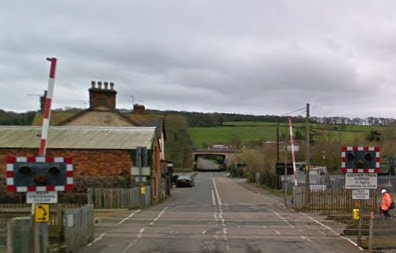 Detraining of the passengers could not be carried out safely via the cess due to the ballast shoulder being too high ... 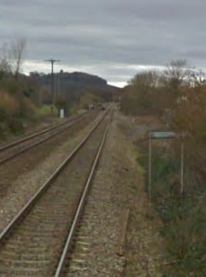 [The "cess" is the ditch beside the track; the "shoulder" is the slope of the ballast]

... and therefore the Down Main line was blocked and passengers walked from the failure to the rescue train via the Down Main.

[They had to use ladders to get OUT as per this "example" picture ... 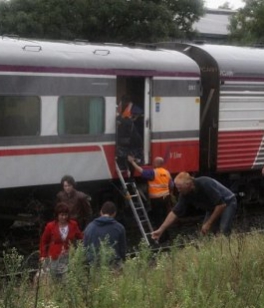 ... and, presumably, ladders to get IN to the replacement train. During this period the down line (FROM London) was also closed.]

Four fitters attended (the failed train) and reported that the brake control units appeared to be corrupt, an engineer from Stoke Gifford attended and brake release was obtained the failure departing ECS (Empty Coaching Stock) at 2325, and arrived in the Tiverton Up Passenger Loop by 2345.

The railways measure incidents in "delay minutes", a figure used to work out who pays the bill etc.

This incident was recorded as 3703 "delay minutes" OR, more understandably, a total of nearly 62 hours. These are simply the delays to trains; what is not recorded is the total delay caused to all the affected passengers.

These "super smashing" new trains have not been working as well as they should "out of the box", to put it mildly.

Isn't Technology Wonderful?
At Bristol Airport yesterday, thinks were not good with the information screens. 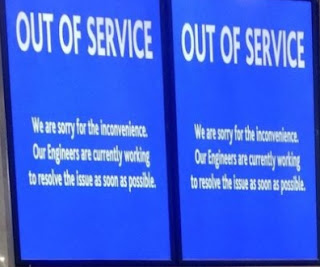 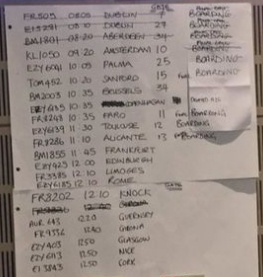 This notice was still on the airport's web site at 2115 last evening. 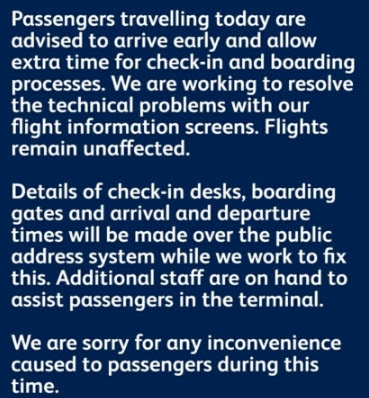 Shouldn't these systems have a better back-up than being scrawled on scruffy paper?

Tomorrow: an emigrant in Geneva, a tunnel in Bude and a positive decision by a County Council amongst other snippets.

Apologies if you happened to catch bits of this blog yesterday. Usual incompetence!


Next Catch-Up blog : Sunday 16th September
Posted by fatbusbloke at 02:00