Over the years, correspondent Alan has been less than enamoured of services and information is this "average" East Midlands Town. Only a few days ago, he popped into the Library (only source of bus timetable leaflets) and picked up a leaflet for Stagecoach service 34/34A.

The service was withdrawn in July!

But then someone in the Library would need to discover the withdrawal. You can bet your bottom dollar overdue fine that no one would tell them.

But then we read this, summarised from the local rag.

Only recently, Alan has reminded us of the poor bus service (not very) near the railway station.

But what is this? Wellingborough’s MP Peter Bone was tasked with cutting the ribbon on Friday .He said the first discussions about the plan pre-date him as the town’s MP and admitted he had sometimes wondered if they would ever see it happen. But he went on to praise Wellingborough and added: “It is going to further enhance what is a great place to live.”

New routes into the scheme are planned and the railway station will be upgraded to form a new, state of the art transport hub, with bus links, new car parking and other facilities to enable greater use of public transport throughout the area.

Midland Road is being extended to include a road bridge over the railway line ... 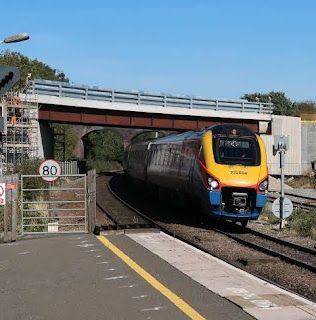 ... that will link the town centre to the new transport hub, which includes a new railway station, bus stops, a taxi rank and car parking. 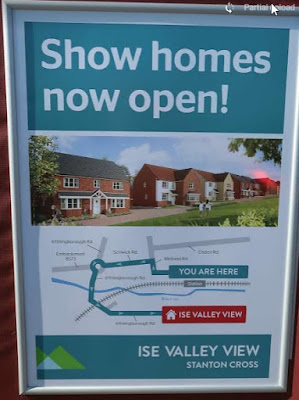 fbb does not know the origin of the name, but it covers a swathe of land between the Finedon Road and the floodplain of the River Nene. 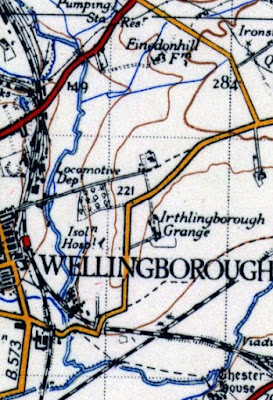 A more detailed map reveals a possible alternative name once applied to an area at the bend in the orange road near Irthlingborough Grange. 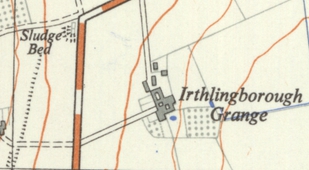 Maybe not. But here is the grand plan ... 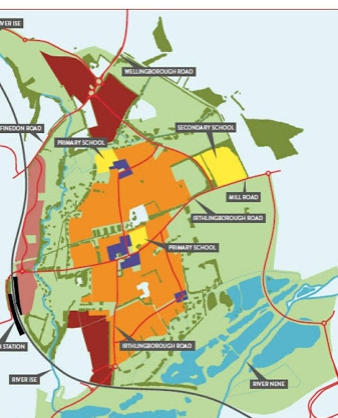 ... and here is what the developers have on offer:- 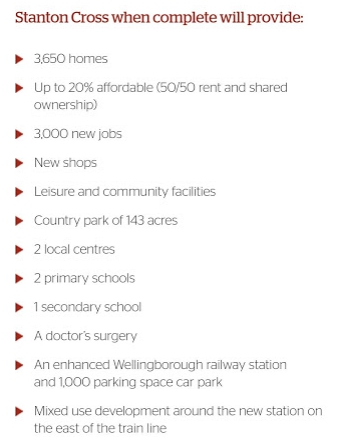 Nothing about buses or station in the above list so ...

Hailing A Ride to Hayling Once upon a time you could catch a Portsmouth Corporation bus from Portsmouth to Hayling Ferry ... 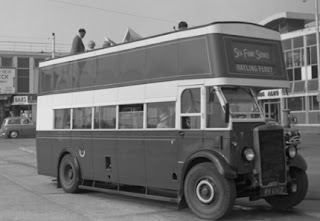 ... then the Hayling Ferry to Hayling Island ... 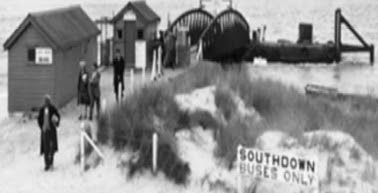 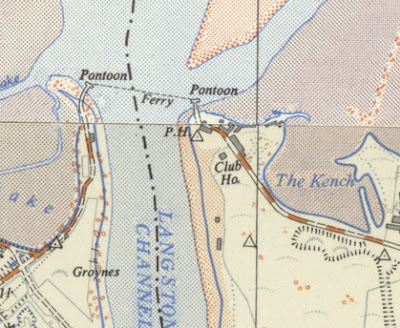 ... and a bus thence to the more populous (less un-populous) parts of the Island. But the rise of the motor car, the opening of the M27 and, possibly, a change of demographic on Hayling Island all combined to reduce through business and thus see the withdrawal of the Hayling Island bus section of the multi-modal service.

First Bus, successors to Portsmouth Corporation still run along the Hayling Ferry road, but in recent times no further than Eastney. 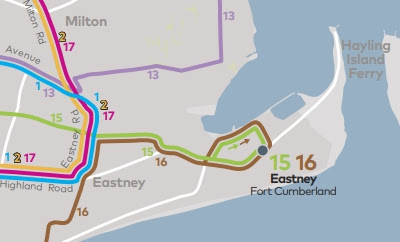 But, in a surprise move, the link is restored.

First Bus has extended its service 15 every hour all the way to the ferry ... 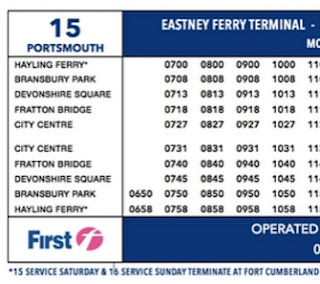 ... and a new operator, Portsmouth City Coaches is providing the Island link. 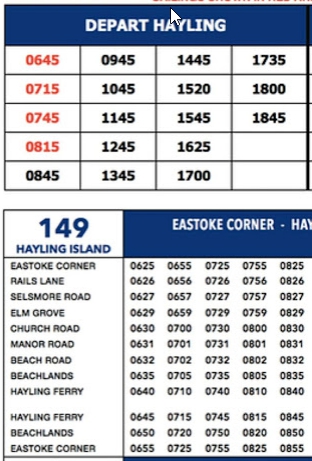 The "new" company is a Phoenix from the ashes of Emsworth and District which had its licence revoked, but subsequently de-revoked. The launch was accompanied by the Great and Good of Hayling and Portsmouth ... 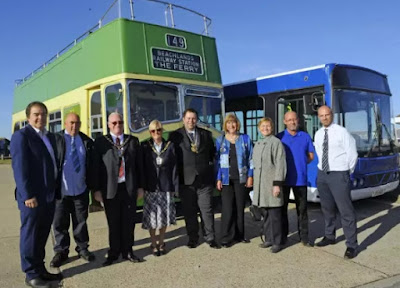 ... and a Southdown bus showing an appropriate heritage destination. 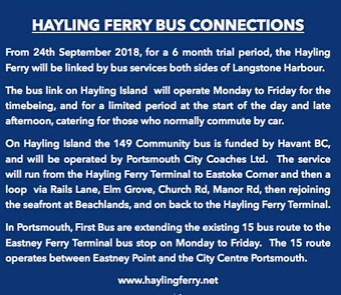 Going For (New) Gold in Sheffield
Regular readers may remember that Stagecoach's "Gold" X17 now runs from Barnsley to Matlock via Sheffield and Chesterfield. It is now gaining brand new buses one of which is seen on its first day out at the Woodseats Library stop. 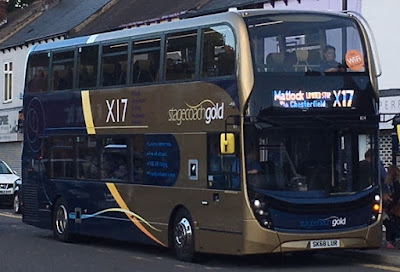 Rumours abound that the "old" Gold buses will re-appear on service 50/50A between Chesterfield and Sheffield via Eckington. 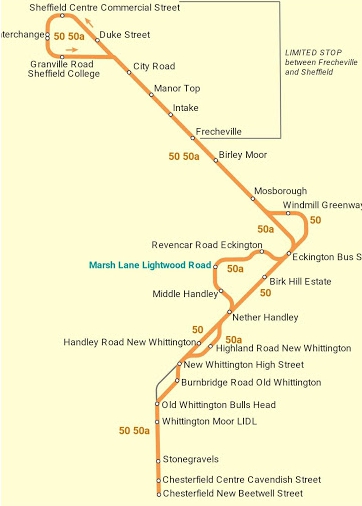 Rail Review Reviewed
Just a reminder that DaFT (Department For Transport) has announced a "root and branch" review of the Rail Industry, as covered by a headlaie in a respected industry journal. 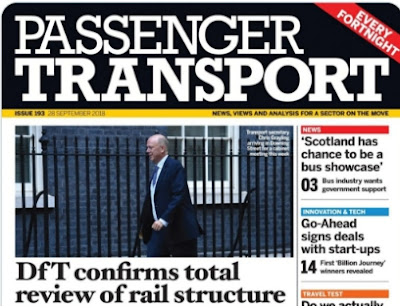 Everyone agrees that our complex (and ludicrously costly) system is rubbish; but there is little agreement about what alternatives might offer some improvement.

Jezza has announced that, when his party is in power, he will re-nationalise the system ... 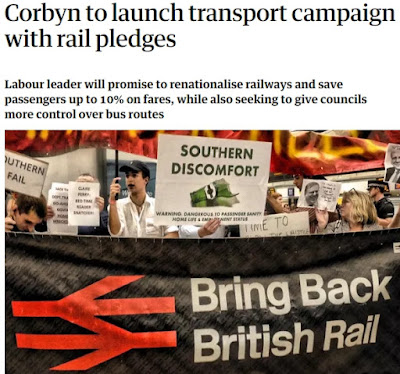 ... although his supporters seem to be going in the wrong direction with their BR logo! 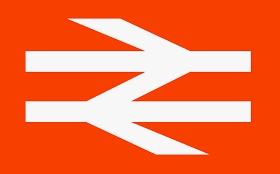 Didn't Tony promise the same in his first election campaign?

Once again, don't hold your breath!