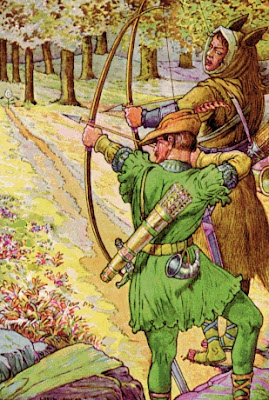 Lincoln green is the colour of dyed woollen cloth associated with Robin Hood and his merry men in Sherwood Forest, Nottinghamshire. The dyers of Lincoln, a cloth town in the high Middle Ages, produced the cloth by dyeing it with woad (Isatis tinctoria) to give it a strong blue, then overdyeing it yellow with weld (Reseda luteola) or dyers' broom, Genista tinctoria.

Actual examples of the colour do differ with all four of these on-line panels claiming to be authentic ...

... but Lincoln's City Corporation buses were always painted with Lincoln Green. Yet again, colours are subjective and depend upon how they are processed, as can be seen by comparing two pictures of the same bus model. 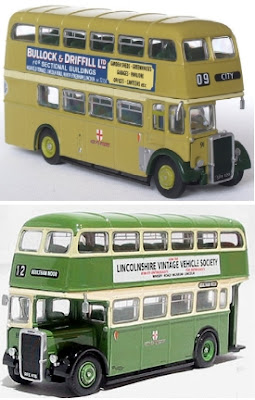 For fbb, the top one has just a touch too much yellow, but the bottom is far too green.

In reality the buses looks varied, depending on lighting and the amount of muck added to the hue. Latterly some buses had reversed colours with cream in total domination. 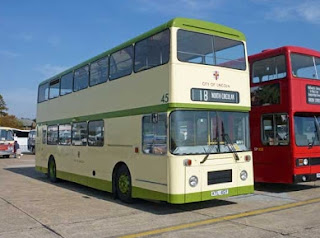 Your author's preference is, as you might expect, with the more ancient, traditional and expensive style as exemplified on this open-staircase model. 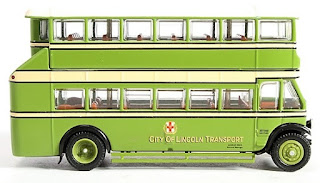 The superb preserved Guy Arab represents an interim half and half phase. 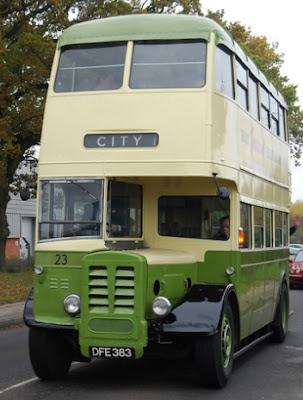 But all of these were so much better than the absolutely awful "privatisation" scheme. 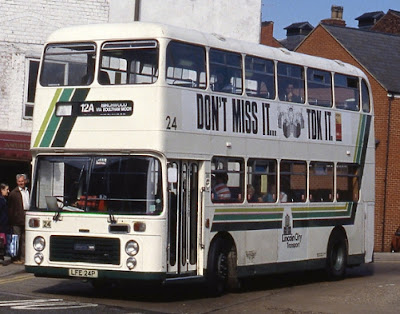 Just one strip in three was "proper" green, and even the white (off white) looked amateurish.

But, like many municipal companies, Lincoln City Transport struggled and eventually sold out to Road Car in 1993.

Lincolnshire Road car (as it once was) was a dyed-in-the-wool (but not Lincoln Green dye!) part of the National Bus Company which sold out to Yorkshire Traction which was, in turn, bought by Stagecoach. 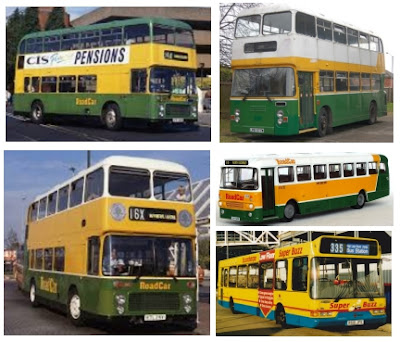 The combined company seemed only to be able to afford second-hand vehicles and it really was no surprise when Uncle Brian snatched up the "Traction" group.

Although fbb occasionally visited Lincoln, usually with a gaggle of Bible Class members in tow, he is not well versed in its public transport of former years.

On line information shows a City bus station completed in 1978 ... 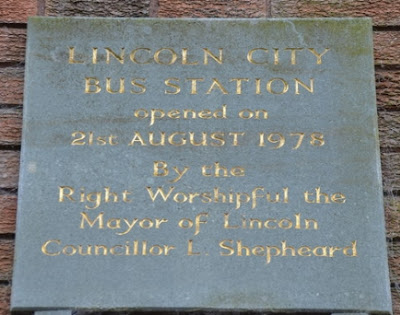 ... which, as bus stations go, did not look too bad, even recently. 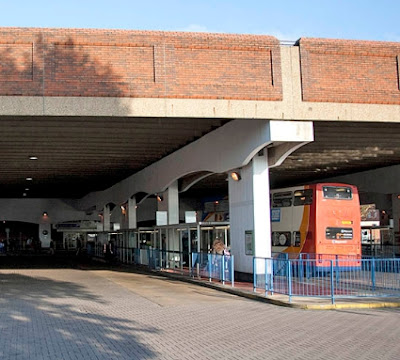 fbb did pop in way back when to collect some timetables.

There had also been stands in the nearby Lincolnshire bus garage at St Mark Street ... 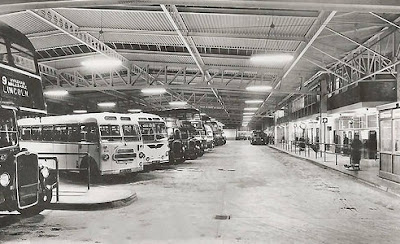 The juxtaposition of these facilities can be gleaned from the map extract below. 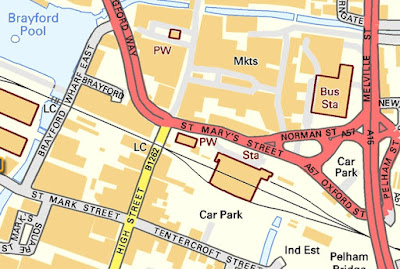 But the onward charge of development is irresistible, so we are told, and the bus station site was far too valuable to be used for non-profitable business activity. So it had to go. 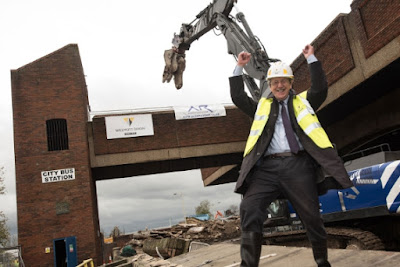 A temporary facility was set up in the former car park on Tentercroft Street (on the map above, shown at the bottom centre) ... 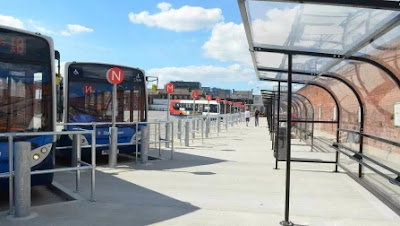 Here is a view with the tower of the railway station peeping over he wall.

The new development was not just a bus station rebuild, but a major rejig of the whole area adjacent to the railway station. Compare Google Earth ... 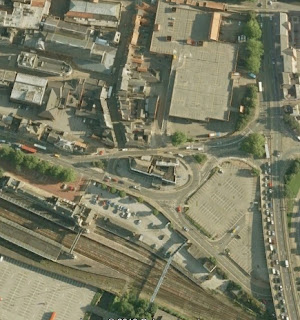 ... with work in progress on Good Maps aerial view. 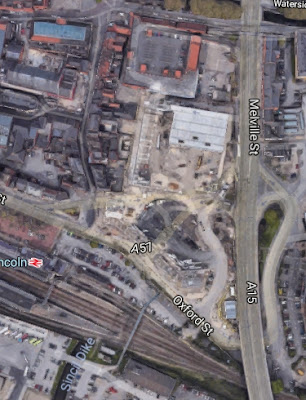 We will examine the likely results tomorrow.


Next Lincoln blog : Thursday 1st February
Posted by fatbusbloke at 02:00