We Interrupt This Series ...

... To Bring You Another Engineering Bulletin.
Its all very well not bothering to tell they northern tykes what is happening to their weekend trains, but surely the affluent South East will get better treatment from their rail operators. Here is the current headline from their web site. 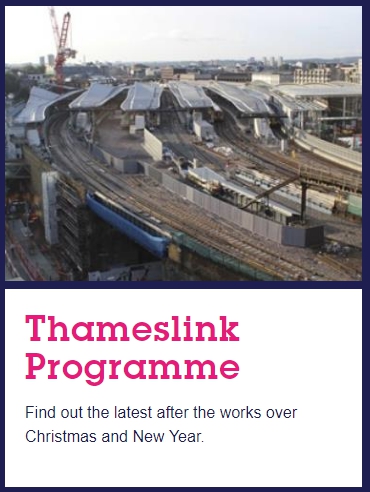 Up to date news?

Apparently NOT from SouthEastern, according to correspondent Dave.

... not a huge number, but not an insignificant number either, I would guess.

On MONDAY and TUESDAY nights Charing Cross has been shut early and the last five or so of their departures have gone to/from Cannon Street.

On the WEDNESDAY and THURSDAY nights it's Cannon Street closing early, so the last five or so from there run to/from Charing Cross.

A quick geography lesson is needed for those unfamiliar with the Capital's clutter of stations. (click on the map extract to enlarge it) 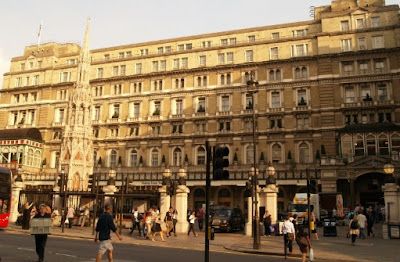 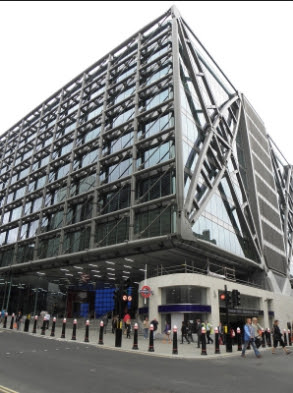 ... is upper right. Their lines join at London Bridge (lower right). For the record, Cannon Street Station used to look like this ... 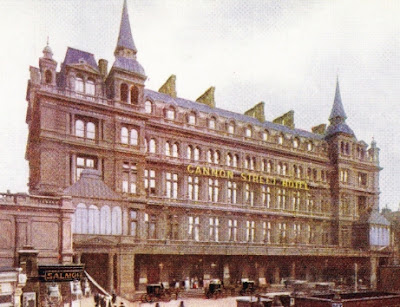 ... until it was tastefully (NOT!) redeveloped.

The stations are a tad under two miles apart and linked by the Circle and District lines of the Underground. 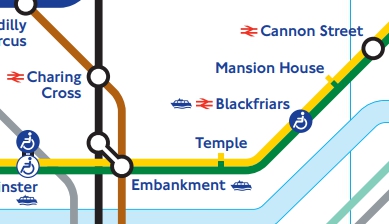 The walk from Embankment to the main line station is simple; but watch out for "last trains".

How have SouthEastern and/or network rail communicated this, and what alternative arrangements have been laid on for customers concerning this...??

"After 22:00, trains may be cancelled or amended to start from / terminate at London Bridge."

Hmmm... not entirely accurate, and rather scaremongering, suggesting that many more people may be affected than will actually suffer.

Any timetables though?
List of affected trains?
Revised times from the other station?
and
How do passengers get to the other one?

Well the answers will come as no surprise.

NO
NO
NO
and
Who knows!!

"You can find the location of your bus replacement by typing in your station here".

... and found a pretty street map that shows a couple of bus stops. 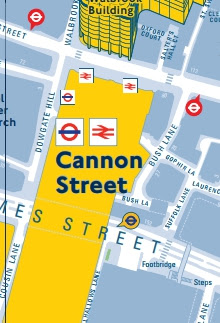 There is also a "spider" maps that suggests you might catch a service 15 to Trafalgar Square ...

...  BUT DIDDLY SQUAT ABOUT RAIL REPLACEMENT BUSES. And remember, Transport for London doesn't publish bus timetable either - so have fun!

That's all remotely probable if you knew whether there was or is a bus replacement or not!

Because there aren't any!

Those who say you don't need a timetable, because you can just look it up in a journey planner will find this line useful too.

"These changes are not currently shown in the National Rail Enquiries Journey Planner, please check back nearer to the time of travel."

Yes, because 5 or 6 days in advance is a totally unrealistic time to be wanting to plan your late night journey home isn't it?

And needless to say, no posters, nor any form of publicity for any of this is obtainable at any actual STATIONS!

It really does beggar belief that they think this passes for acceptable information for intending passengers. 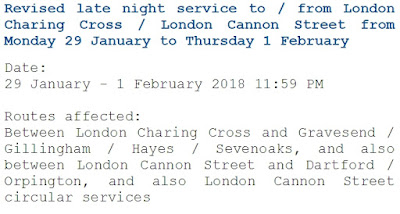 But, let's be positive.

Correspondent Dave has access to some internal stuff, protected, one assumes, by The Official Secrets Act. He has furnished fbb with a small selection for NEXT week. The full list is simply too depressing.

On the WED and THURS nights, the ACTUAL alterations were/are:

Last UP Greenwich line train from Charlton to Cannon Street at 2355 is diverted via Lewisham to Charing Cross. No longer calling at Westcombe Park, Maze Hill, Greenwich, Deptford. (Or Cannon Street)

Passengers for those intermediate stations should... (who knows?!)

No idea what the passengers for those should do.

And so it continues.

See if you can find any public details for ANY of the above next Wednesday or Thursday nights! No timetables and unlikely to be in journey planners either!

If I can look them up on an internal system and pop the details down in 5 minutes, why can't someone be bothered to do that for the benefit of the customers...?? 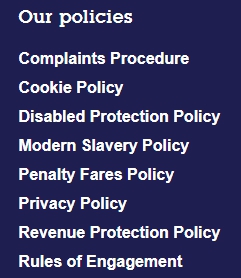 This blog replaced the final episode in the Denby Dale series - which will follow.


Today is Mrs fbb's birthday. It is considered impolite to mention a lady's age but suffice it to say that for one month fbb is married to an older woman, based upon annual figures!