But First, The Pie
A pie even features on the village name board. 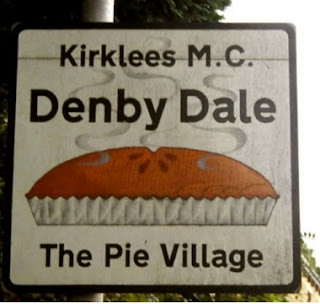 But fbb revealed yesterday that Denby Dale Pies are not made in Denby Dale. 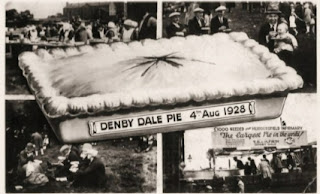 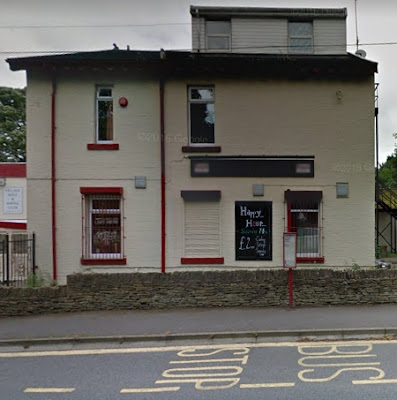 The Village even has a Pie Hall, which doesn't appear to sell pies, only Zumba.

Is a Zumba as nice as a pie?

But maybe a copy of this book will explain all. 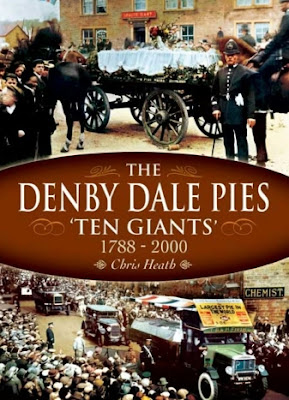 It tells the story pf the ten giant pies that have been made over the years, and by "giant" we usually mean "gigantic" ... 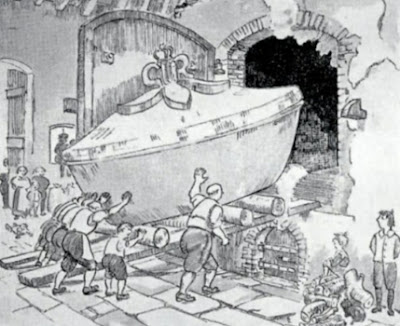 ... but never looking like this. An early pie turned rotten as it stood in the hot summer sun, and a later pie caused a riot as village folk scrambled January-sale style to get their fill. The most recent pie was baked to celebrate the millennium ... 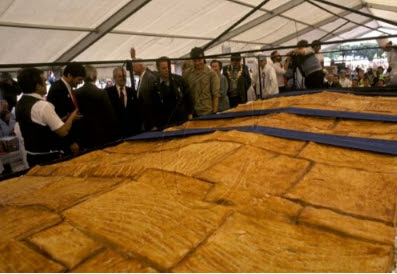 All this talk if pies is making him hungry, to let's get back to the trains.

By Northern Rail to Denby Dale

And there is a problem with this blog. Sheffield correspondent Roy told your chubby blogger the answer right at the beginning of his report; namely that there were no trains at Denby Dale Station on Saturday 20th and Sunday 21st January.

But let's pretend fbb did NOT know and decided to visit an old chum who lived in the Pie Village who had offered to make the chubby one a nice meat and tater pie for Sunday Lunch. Assume fbb was based in his former home town of Sheffield and intended to travel by train.

Because fbb likes full information and does not want to buy a ticket, he searches for what he needs to know. 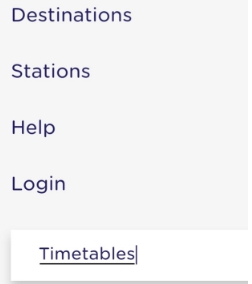 A search for "timetables" brings 54 options, anything which mentions "timetables", most of which is totally irrelevant.

But eventually, after a struggle, fbb did find a list of timetables. He was excited to note that some of them actually mentioned a temporary version for engineering works. 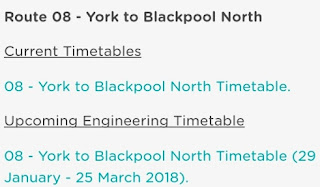 The good news (apparently) was that there was no such highlight on the table for the Sheffield to Huddersfield line (via Denby Dale).

There it is, the current timetable; "current" meaning that fbb would expect the service to be running as advertised. He need look no further, innocent fool! 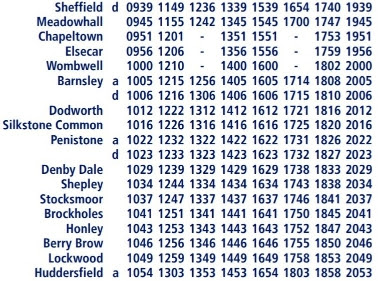 The 1149 looks ideal, with a backup schedule 50 minutes later.

But a wary passenger, travelling on a Sunday, might choose to double check. There is a link to "news" - i.e. things that a new. 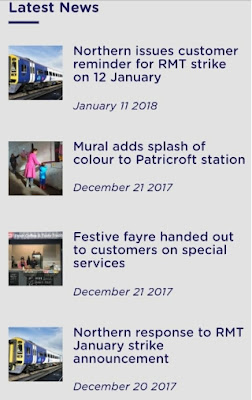 The newest new news concerned a strike ten days previously - nothing about any engineering work. 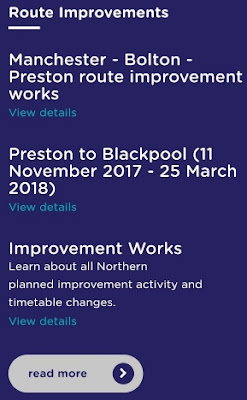 Why Preston gets two headlines and Huddersfield gets nowt is unclear. About every 20 seconds a really, really annoying blob kept popping up. 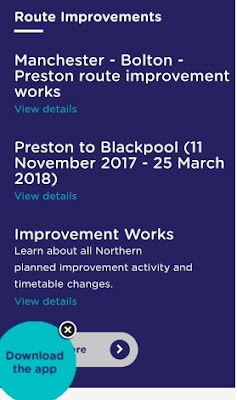 It interrupted searches approx 40 times. Even if you poked the "X" it would disappear for a while, then return. Awful! As a result of this intrusion, fbb would NEVER download the App.

But, after a tedious battle with the web designers who, we must presume, never travel by train or, if they do, never use the Northern Rail web site, there was some achievement

At last, we get a proper timetable for the line, showing bus connections from Penistone. 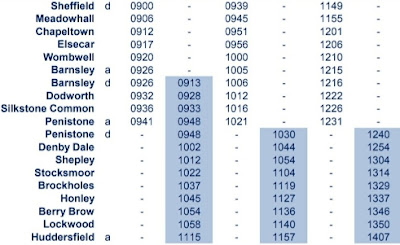 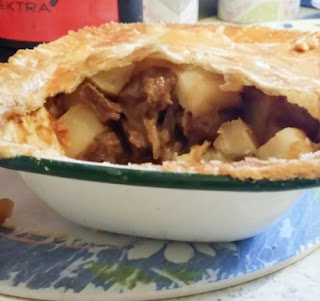 Now before Mr Picky Anonymous tells fbb he is making a fuss about nothing, remember this. Many of fbb's chums are equal in decrepitude to him. They are frightened of train travel, especially at weekends; they don't understand the interwebnet and even if they do "log on" they would struggle with the Northern Rail (that's Arriva) web site.

Why do the rail companies make it so hard to find the times of trains? Surely this should always be the "home page"? Journey planners are OK if you understand how they work and you can travel EXACTLY when the confuser wants to you to. There is pressure, pressure, pressure to buy a ticket and on several occasions fbb's chums have bought tickets on-line that are more expensive than they could have obtained, with a booking clerk's advice, from their local station.

And because you cannot buy a ticket on-line without choosing a train, folk can think (often erroneously) that they can only travel on that particular train.

Tomorrow we check out how well the revised timetable is advertised at Denby Dale station.