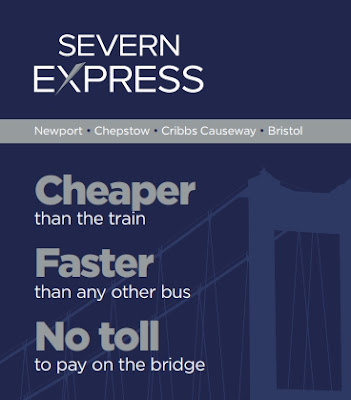 ... is the prestigious First Bus route between Bristol and Wales. 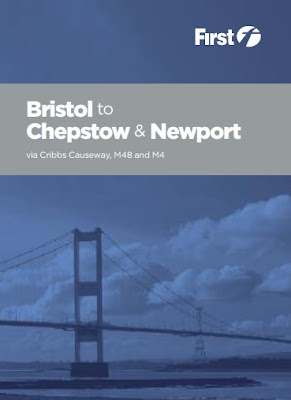 It is called "7XP", a weak play on the River Seve(r)n but used to be the X7 until that designation was needed elsewhere in the environs of Brizzle; then it was called SEVE. Its recent manifestation was a descendant of a complex set of routes run jointly with Stagecoach as X10, X11 and X14. 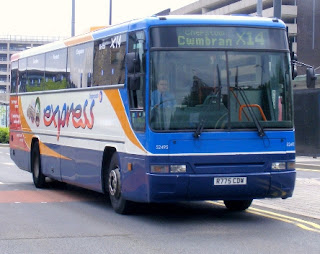 After Stagecoach pulled out, First simplified the routes, gave it all the same route number, but left two Monday to Friday peak time oddities.

The 1715 from Bristol runs as normal (but eschewing Cribbs Causeway shopping "mall") to Chepstow and then takes the ordinary roads to Caldicot and Magor. 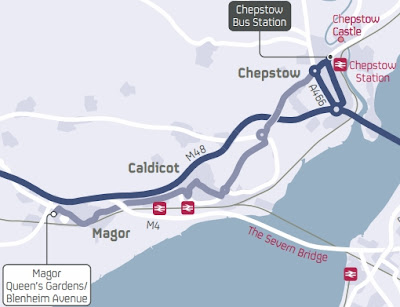 The 1800 departure runs via the non motorway A38 to Filton and across to Cribbs Causeway, then terminates at Chepstow. 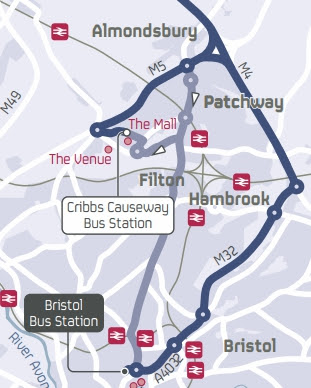 The main hourly service is a motorway dash via the M32 out of Bristol, the M4, a double run via the M5 to Cribbs Causeway then M48 to Chepstow continuing via M48 and M4 to Newport.

For the record, the M48 crosses the Severn via the "old" Severn Bridge (top in photo below) ... 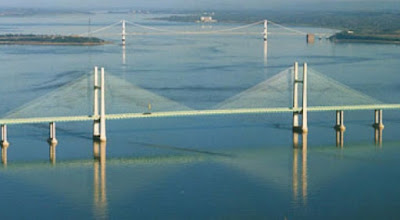 ... whilst the M4 now uses the "Second Severn Crossing", or the "new" Severn Bridge. The Severn Express, because it serves Chepstow, uses the old route across the water.

Posh buses have been used both on the X7 ... 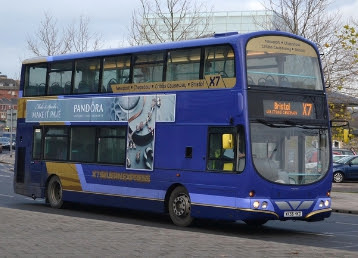 ... and on the renumbered version. 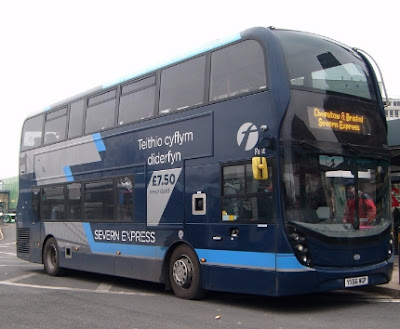 But Bristol correspondent Paul spotted an unbelievable bit of nonsense recently. According to the display on a stop in Filton the departure list tells its hapless passengers that it runs to ... 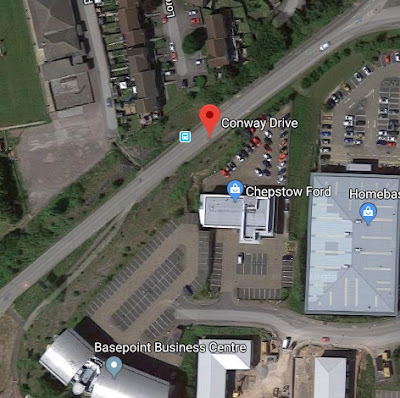 ... Conway Drive. It is an obviously busy stop as can be seen by the density of the surrounding property. Even when Streetview trundled by there were hoardes of passengers waiting at the stop on the left. 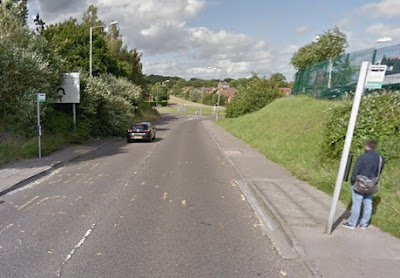 It is the first stop after leaving the M48; there is the junction sign, looking back up the hill. And here is the information at the stop in Filton.

Conway Drive is simply not mentioned anywhere in First's publicity, so this looks like yet another Traveline database silliness. The "summary" timetable is the same as First's, but the all stops version reveals all. 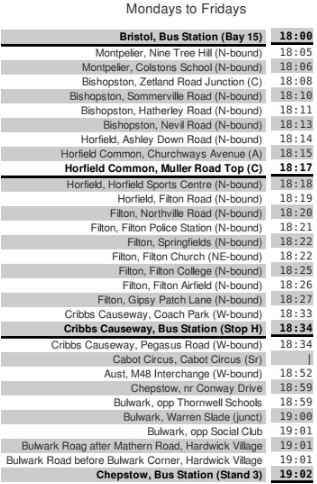 Immediately we see one problem. Traveline thinks that Conway Drive is in Chepstow ... 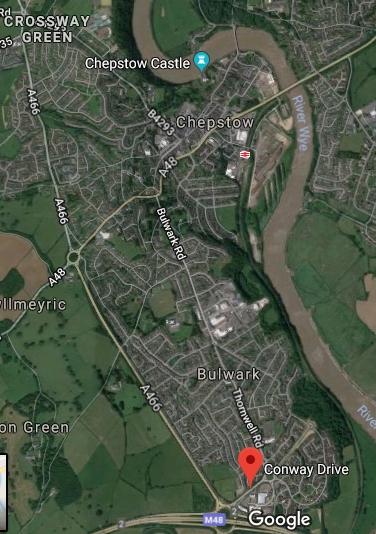 ... which, pedantically, might be true; bit it is a daft name to use. Enlarge the map a tad, and there is a more sensible district name of ... 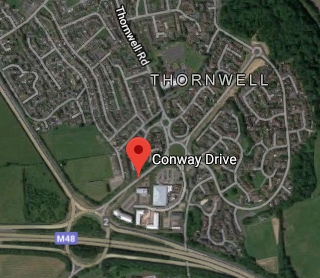 ... Thornwell. The three stops after Conway Drive are tagged Bulwark and NOT Chepstow, with the following two situated at Hardwick Village. 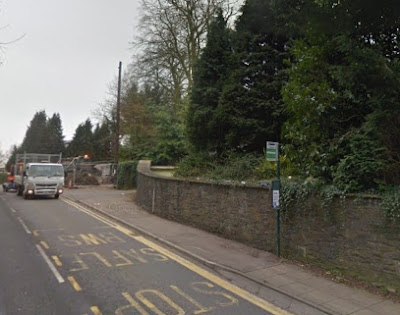 Spot the Village. It is a pace or too off to the right, not actually on the 7XP route. It is more correctly known as Hardwick Garden Village ... 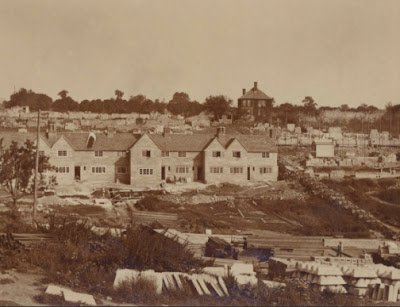 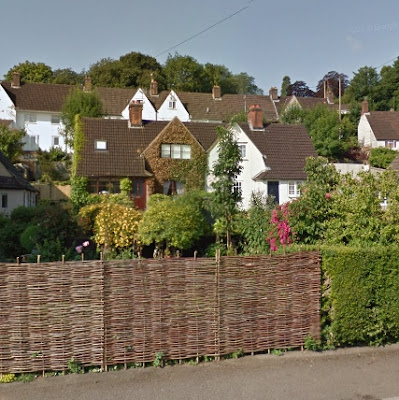 The actuall "Garden Village" is served by Chepstow town service C5 as can clearly be seen (NOT) from its appalling map ...

... but Newport Bus, the operator, calls it Garden City. 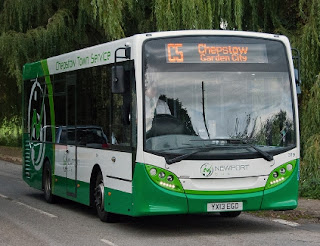 Whatever! It is a really silly name for stops on the main road.

Maybe Gavin, on "work experience", was given the job of printing the bus stop departure list for Filton ... 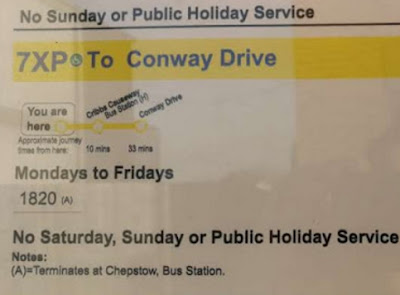 ... and the small note (A) does say that the journey terminates at Chepstow Bus Station. But where that is on he detailed route map is totally unclear.

To add to the silliness, correspondent Paul writes:-

And the single journey through Filton takes 14 minutes (not 10) to get to Cribbs Causeway, and 38 (not 33) to get to Conway Drive. So quite where those timings were conjured up from I do not know!

As Eric and Ernie used not to say.

Yet again, the bus industry strives very hard to confuse passengers and encourage them to travel by car. Why does First Bus tolerate this garbage?

And our belief is strained again tomorrow as we go in search of a large pie.

Stephensons of Easingwold Latest
It is confirmed by North Yorkshire Council that the company has ceased all operations. The council web site lists revised arrangements for school contracts - 27 services.

The Council also says this :- 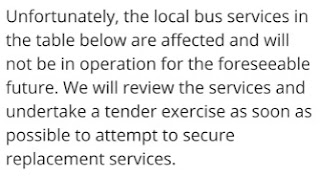 So for those folk who need to use these SIX tendered routes ... 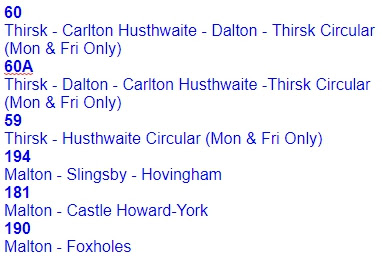 ... it is just tough bananas! They will have to walk, take a taxi or simply stay at home and ultimately blow the Social Services budget with extra care costs etc,

That leaves the "mainline" services to be run commercially by Transdev Coastliner; but nothing is yet known about Malton local route 183, which, amazingly, also appears to also be commercial.

Nothing on-line from Stephensons - their website is a picture of blissful normality. 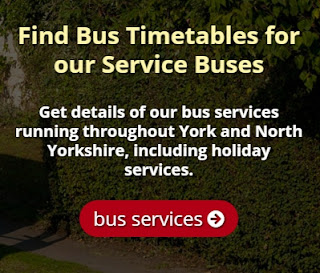 Next meat and tater pie blog : Tuesday 23rd January
Posted by fatbusbloke at 02:00